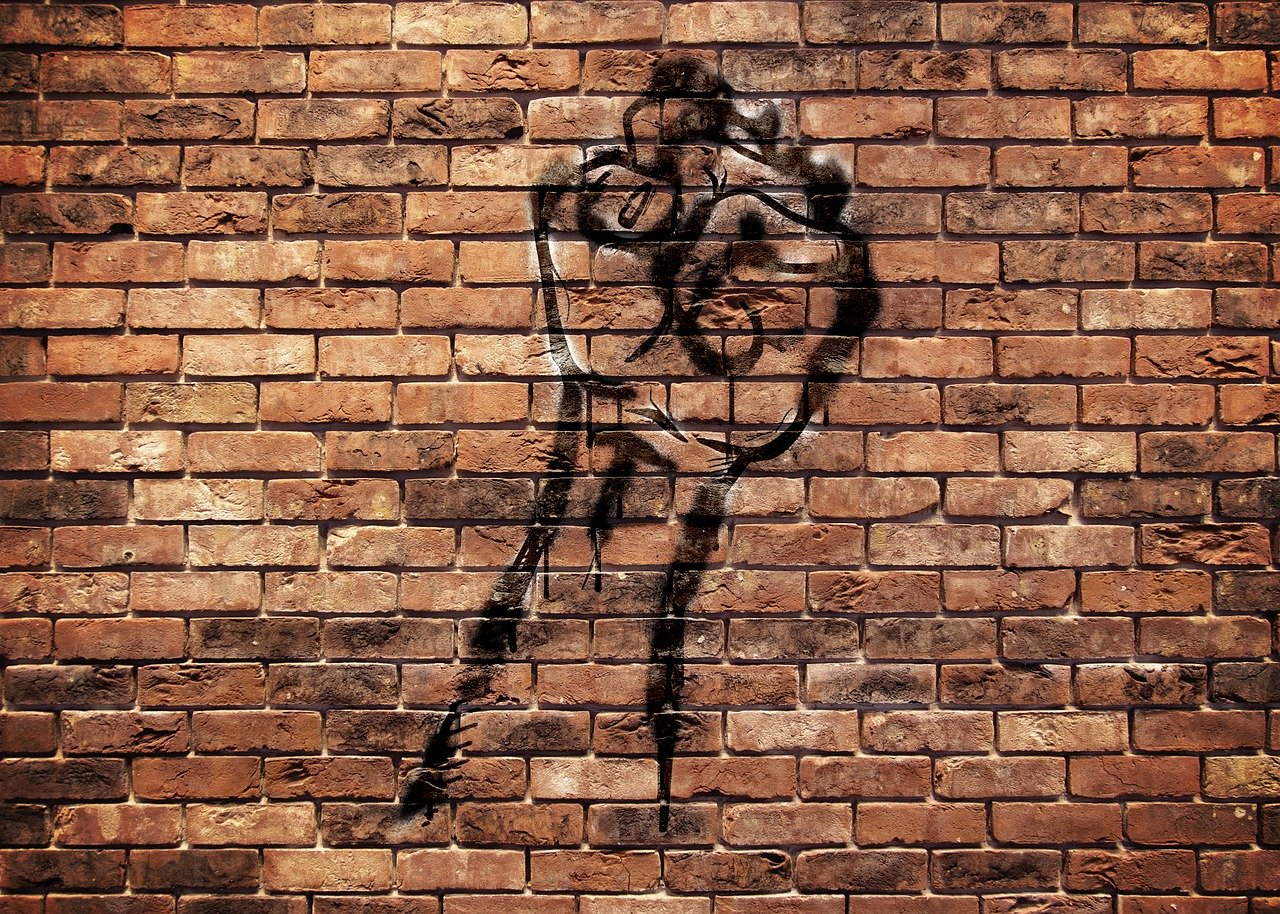 TheDigitalArtist / Pixabay
Bryant Andrews, an associate attorney at Cozen O'Connor in Pittsburgh, PA, discusses what it means to be Black in America in the wake of recent police violence against Ahmaud Arbery, Breonna Taylor, and George Floyd...

The names Ahmaud Arbery, Breonna Taylor, and George Floyd have been spoken in virtually every American household during 2020. As the Black Lives Matter movement gains unprecedented growth and media attention, many White sympathizers are asking themselves (some for the first time): “how can I help effectuate real change?”

That answer, in part, begins with exploring a question that I did not begin asking myself until I was 22: “What does it mean to be Black?” Striving to answer this question derailed me from a path of self-hate and shame to one of self-love and cultural pride. When I finally answered this question for myself, I realized that there is nothing stopping others from doing the same. You do not have to be Black to take this journey, you just have to be willing to learn.

My journey from self-hatred to love and pride began in the fourth grade:

These words served as my immersion into the turbulent waters of racism during my first week at my all-white school. The students in my recess line snapped to attention, turning to observe from whom these words originated. No one needed to look my direction, it was obvious who the “Black dog” was supposed to be.

A radical transformation in my worldview took place in those brief seconds. The child-like part of me that never questioned my value, my worth, and my beauty…died. Birthed in its place was a sense of inferiority and confusion that would grow and remain until my early twenties. The offense that seven-year-old Bryant committed on the playground that day: asking my classmate why he “cut” me in line.

This incident occurred just one week after I was adopted by my new, all-white family who transferred me from an inner-city school in Trenton, New Jersey, to the upper-middle class suburbs of Philadelphia (where my brother and I were two of the three black students in the entire school district).

I envied my new peers, as they seemed to have it all. I would sit in class amazed by their fancy clothes. Like the luxury vehicles they arrived at school in, my peers seemed so well put together, so comfortable. As they took their seats in the morning, I would ask myself:

I could not understand why their lives seemed so much better than mine. What had I done? What had I failed to do?

None of my new family/peers seemed to take an interest in the culture I knew before I arrived, so I learned to assimilate to theirs. Over the next three years, I tried my best to dress the way they dressed, speak the way they spoke, and enjoy the music and shows they enjoyed. I clung to all things White, and increasingly rejected anything Black. White culture was the way of the future, and became synonymous with wealth and comfort, while Black culture became a thing of the past—one associated with poverty and dysfunction.

In time, I grew to consciously resent Black culture and subconsciously distrust Black people. I was proud when teachers and parents said that I sounded “so articulate,” or that I “dressed so nicely;” and when students called me “Oreo” (black on the outside, white in the middle). By the time I was in high school, I would proudly tell my friends that while I bore Black skin, I identified with White culture. I would even intermittently forget that I am Black until I traveled to other schools to compete in sports.

I graduated from my all-white high school with labels like “Peer Leader,” “Honors Student,” “Debate Club President” and “Varsity Football Team MVP.” I did not know it at the time, but I also graduated as a bonafide “Uncle Tom.” I was blissfully ignorant about Black people, Black culture, and the Black struggle.

The foundation laid for my comfortable house of ignorance remained strong throughout college. At my predominantly white university, I rarely had to interact with Blacks, and when I occasionally saw them on campus promoting their Black Action Society club, I wrote them off as racist for participating in “reverse-discrimination.” Again, I graduated “With Honors,” but in ignorance.

Law school kept me gripped with anxiety and panic. This was not just because of the cruel and unusual academic rigors of the program, but because after proposing to my then-girlfriend, I knew that I wanted to start a family but had no idea how to model or answer a question that my Black children would inevitably seek from me: “what does it mean to be Black?”

Finally, with this realization, my comfortable house of ignorance came crashing down. Like Adam and Eve at the Tree of Knowledge, I gained an awareness of my nature that left me feeling exposed, naked, and ashamed. No longer could I ignore Black America.

Coinciding with this revelation in my personal life was a disturbing discovery during my Constitutional Law class: the 13th Amendment to the United States Constitution that is known to have freed the African-American slaves contains an “exception” clause. Specifically, the Amendment provides that: “Neither slavery nor involuntary servitude, except as a punishment for crime whereof the party shall have been duly convicted, shall exist within the United States…” (emphasis added).

This news left me dumbfounded. I knew next to nothing at this time about the Black struggle, but even I knew that American prisons are predominantly filled with all-Black and Brown bodies. Right there, in the middle of my lecture, I felt myself begin to panic.

“This can’t be,” “Not in the Land of the Free,” I told myself. “Could the disproportionate harassment and arrest of Black citizens by police forces be part of a system far bigger than I could have ever realized?” I knew that state and federal prisons are businesses that profit from the free labor of incarcerated bodies. “Could it be that getting black bodies into prisons by the masses for free labor is by design?” “Was the 13th Amendment’s exception clause some kind of compromise between the Northern and the Southern states to aid the South in repairing its devastated post-Civil War economy?”

A pandora’s box of history was cracked wide open, and I began to question everything I thought I knew about our nation’s institutions, events, and construct. Fueled by both personal and academic flames, I began to question recycled narratives about Black people. I sought out documentaries, books, scholarly articles, and dialogue with the few Black friends I had to explore topics that matter most to the Black community, including police brutality/mass incarceration. I resisted the urge to debate their positions to protect my fragile preconceptions and ideas. What I learned broke (and continues to break) my heart.

I learned that America has more incarcerated citizens than all nations of the world combined. I learned that over 60% of those prisoners are Black or Brown. I learned that America’s first great prison boom came shortly after the Civil War as Blacks were thrown into prisons for petty crimes like curfew and literacy violations, and were chained together to repair buildings, build roads, clear land, and plant crops. I learned that the first police forces were formed to catch runaway slaves and newly freed slaves. (Note that while the Civil War ended on April 9, 1865, southern slave owners used their newly created police forces to maintain and re-capture slaves until June 19, 1865). With these heavy new truths, among others, I stopped seeing Blacks as criminals, and instead, as victims of a new system of slavery.

During the remainder of my law school experience and beyond, I took a more honest look at the horrors of slavery; the abuses of the sharecropping system; the birth of mass incarceration after the Civil War as constitutionally-protected, legalized slavery; the introduction and effect of Jim Crow laws; the uproar of the Civil Rights Era of the 1960s, and the denial of access to housing, education, fair loans, meaningful healthcare, and jobs that continue to plague Blacks today. Critically, I also discovered the many Black inventors, lawyers, engineers, physicians, musicians, politicians, civil rights activists, athletes, and business leaders who shattered the barriers erected by that seemingly insurmountable oppression to make revolutionary advances for their fields, their People, and humanity.

I not only grew to understand for myself what it means to be Black, but I became wildly in love with my skin, my nose, my hair, my People, and my culture in the process.

White America, if you want to be part of the change and solution, a great first step is to seek with urgency the answer to the same question I asked: “What does it mean to be Black?” In my experience, it is impossible to understand, empathize, and celebrate Black people and Black culture until you can provide an informed answer to this question.

If I am one of the only Black colleagues, friends, or family members you know, I invite you to reach out to me personally, just as I reached out to the few Black friends I knew when I set out on my journey.

My partner and I are expecting twins this fall of 2020. With an excited patience, I await the first time they look up at me and ask: “Dad, what does it mean to be Black?” I think I will start with: “you see that White House, Little Ones? We built that.”

As a graduate from the University of Pittsburgh’s undergraduate program in 2014, and Pitt Law in 2017, Bryant Andrews is a proud member of the Pittsburgh community. Bryant practices labor and employment law as an associate attorney at Cozen O’Connor. 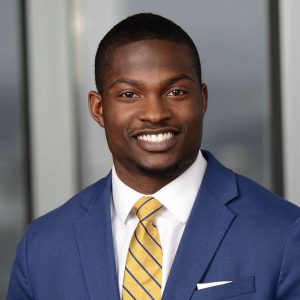