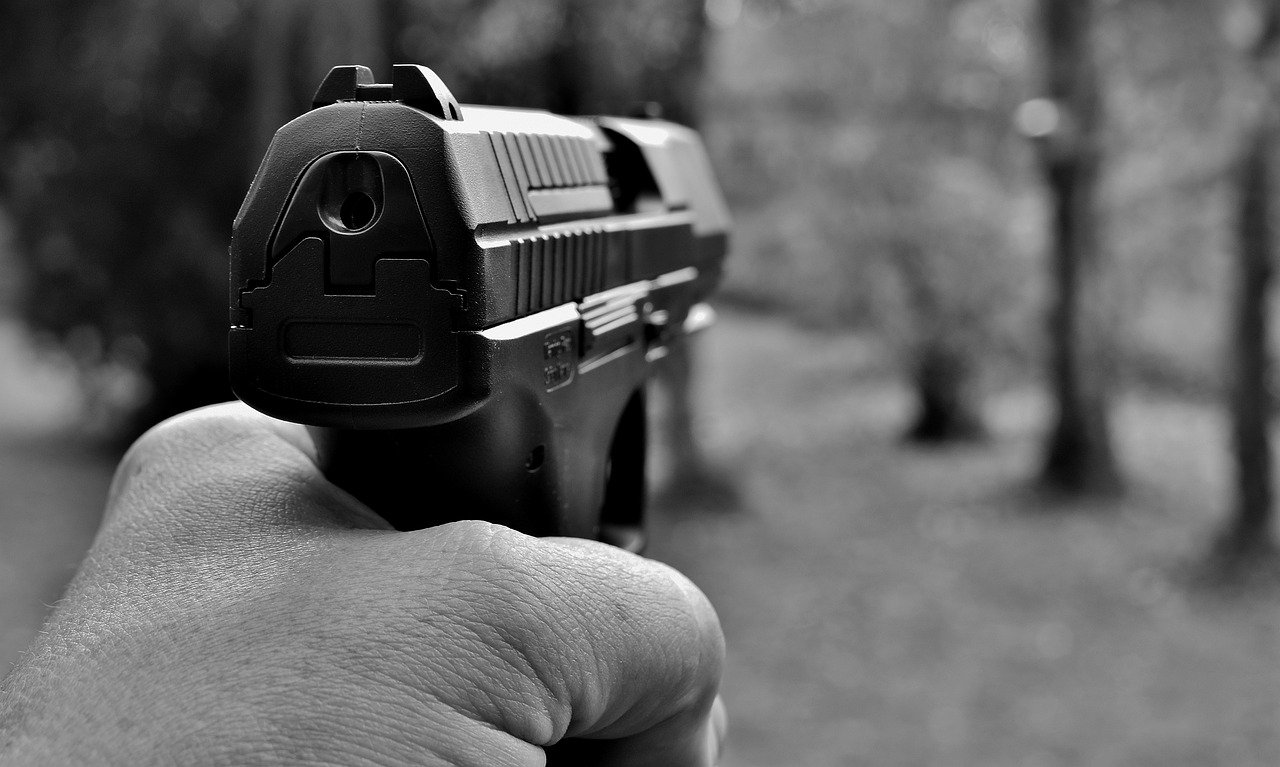 Extrajudicial killings are acts of violence carried out by law enforcement agencies without any judicial authorization. This is usually done by the state to enforce what may be called ‘instant justice’ by circumventing the elaborate procedure established through the criminal justice system. Even though it must be seen as an aberration to the well-entrenched principle of rule of law, public consciousness is often unmoved by such brazen misuse of state power. Far from criticizing these incidents as heinous crimes, people usually celebrate when such high profile encounters take place. The politicians forming part of the government have also sensed this, and therefore they advertise such encounters as badges of honor. This might very well be an indication that the public is losing trust in our judicial system and in the principle of rule of law.

On 10th July 2020, Vikas Dubey, a dreaded gangster in the Indian state of Uttar Pradesh (U.P.), was gunned down by the police in an encounter. The police claimed that while they were on their way to U.P. after having arrested Dubey from Ujjain, he had snatched the pistol from one of the cops and opened fire on them. Thus, the police had to shoot him in self-defense. There is no doubt that the police have the right to defend themselves while being fired upon by an accused. It is within the purview of their powers to use all means possible to arrest a person if he resists his arrest. Therefore, if the police account is true, then the court no longer remains obliged to intervene. Nonetheless, many have questioned the veracity of these claims, thus bringing back into focus the extrajudicial and extra-constitutional means that are sometimes employed by the state while dealing with criminals. In this article, the author explores the dynamics of such extrajudicial killings and the reasons why the police always get away without being convicted.

The Supreme Court has ruled against extrajudicial killings in many cases in view of the increasing incidents. It even went to the extent of prescribing death sentences against those policemen who were involved in fake encounters. In a 2012 landmark judgment, the Supreme Court termed these killings as ‘state-sponsored terrorism’.

Extra-judicial killings in the form of fake encounters are an attack on the Fundamental Rights guaranteed under Article 14 which grants the right to equality, and Article 21 that protects life and personal liberty. Every person is entitled to a fair investigation and trial under Article 14 and Article 21 of the Constitution. It has been held by the apex court in the year 1978 that any state action which is against principles of natural justice is violative of Article 21. In fake encounters, the police assume the role of the judiciary and the executioner without giving a proper chance to the accused to be heard at an appropriate judicial forum, thereby violating the principle of audi alteram partem. In a 2009 Supreme Court judgment, it was held that fairness, justice, and reasonableness constitute the essence of the guarantee of life and liberty as enshrined in Article 21 of the Indian Constitution. In our criminal justice system, the accused is an individual who is pitted against the might of the state. The investigating agencies, adjudicating authority and jail authorities are all institutions of the state. Therefore, an accused should be punished only after he has gone through the entire legal process and has been proven guilty beyond a reasonable doubt.

In the case of E. P. Royappa, the Supreme Court had categorically held that arbitrary acts of the State are in stark contravention of Article 14. When the police force arbitrarily resorts to encounters without any fair justification, it denies the accused the protection of law that he is entitled to under Article 14. Media reports point out that very rarely have encounter killings been carried out against the most wanted and powerful criminals of the state. Thus, encounters have been used as an instrument of the state against the vulnerable sections of society. It has been indicated that since May 2017, half of those killed in encounter killings in U.P. were Muslims and the other half largely comprised of backward castes.

The Supreme Court came down heavily on the police officers indulging in such flagrant practices and issued guidelines that prescribe a procedure for the investigation of deaths by encounter. However, these have still not prevented law enforcement agencies from carrying out these killings.

The perpetrators have largely been able to get away with these killings because it is the police that investigates itself and it does so with a biased approach. The Supreme Court guidelines mandate that an investigation on allegations of fake encounters has to be carried out by a separate team of C.I.D. or by a police station other than the one involved in the said encounter. In cases where the authorization of such fake encounters comes from the people in power, the investigation is usually tampered with because the C.I.D. and the other police stations come under the State Government, which thwarts a fair investigation in such cases. Notably, out of the 74 magisterial inquiries against U.P. police officers in cases of encounter killings, the police have filed a closure report in 61 cases, acquitting the police personnel.

The police have also been seen to be protecting its officers by not initiating proceedings against them. Section 197 of the Code of Criminal Procedure, 1973 (CrPC) requires the sanction of competent authority before initiating a criminal case against any public servant. However, the Supreme Court in 2006 made it very clear that there is no need to take prior sanction for prosecuting a public servant where the act has been carried out for personal benefit. The police officers have often been found to conduct such killings by taking money from rival gangs or on the orders of their political bosses. The immunity that is provided in Section 197 of CrPC is only applicable to acts done in pursuance of official duty. Even in 2019, a three-judge bench of the Supreme Court differentiated between official acts and acts which are done under the garb of official duty for personal benefit. The Court went on to hold that acts done for personal benefit do not warrant a prior sanction under Section 197 of the CrPC to initiate criminal proceedings against a public servant.

It has been noticed that the policemen indulge in encounter killings to get monetary rewards from the government or bribes from the rivals of the victims. In 2017, the U.P. government had permitted a reward of up to Rs. 1 lakh to police teams that carry out encounters against suspected criminals. This is a blatant violation of the Supreme Court guidelines which, among other things, prohibit out of turn promotion or rewards until the inquiry has absolved the accused policemen of all allegations.

The Office of the High Commissioner for Human Rights (OHCHR) has also observed that the reluctance of the police to inform the families of the victims about the killings and withholding the post mortem reports from them, stands in complete defiance of the Supreme Court guidelines. The Supreme Court guidelines give the victims’ families the right to move to court if they are dissatisfied with the police investigation. However, their voices are easily quashed by implicating them in false cases and harassing them with death threats.

The investigation carried out in cases of encounter killings are usually biased and partial in their approach. The apex court in the case of Prakash Singh had directed all the states to establish a Police Complaint Authority (PCA), which would be an independent institution to look into the complaints of misconduct in cases of custodial death and torture. A retired judge of the Supreme Court or High Court is appointed as the chairman of the PCA at State level by the State Government upon recommendation from the Chief Justice of the High Court of that particular State. Other members are selected by the State Government from among the names suggested by Lokayukta, State Human Rights Commission, and State Public Service Commission. The Chairman and members at the district level are also selected through the same procedure. Such a selection process ensures that its members can work independently without any fear or favor. Till now only 12 States have set up PCAs, and even these States have not done it in accordance with the selection procedure mandated by the Supreme Court directive. There is an urgent need to appoint a PCA in every State as per the Supreme Court directives to facilitate independent investigations in cases of encounter killings.

The common excuse given by the police for carrying out such killings is that the accused had snatched the pistol of one of the policemen and opened fire. Even in the encounter of Vikas Dubey, the police used the same excuse. At this juncture, it is worth rethinking the relevance of the 1995 apex court order which prohibited the handcuffing of undertrial prisoners without judicial consent in order to protect their rights. However, the same is now being used against them, thereby threatening their lives. Thus, if it is made mandatory to handcuff all undertrials with their hands behind their back, then it would be difficult for the police to cook up a fake narrative of ‘shooting in self-defense’.

The phenomenon of fake encounters brings great disrepute to the image of a country that is a constitutional democracy and claims to uphold the principles of the rule of law and natural justice. Judicial institutions must win back the trust of the people. The policeman involved in the commission of such offenses should not be let off the hook and an example should be set in order to deter such acts of barbarism in the future.