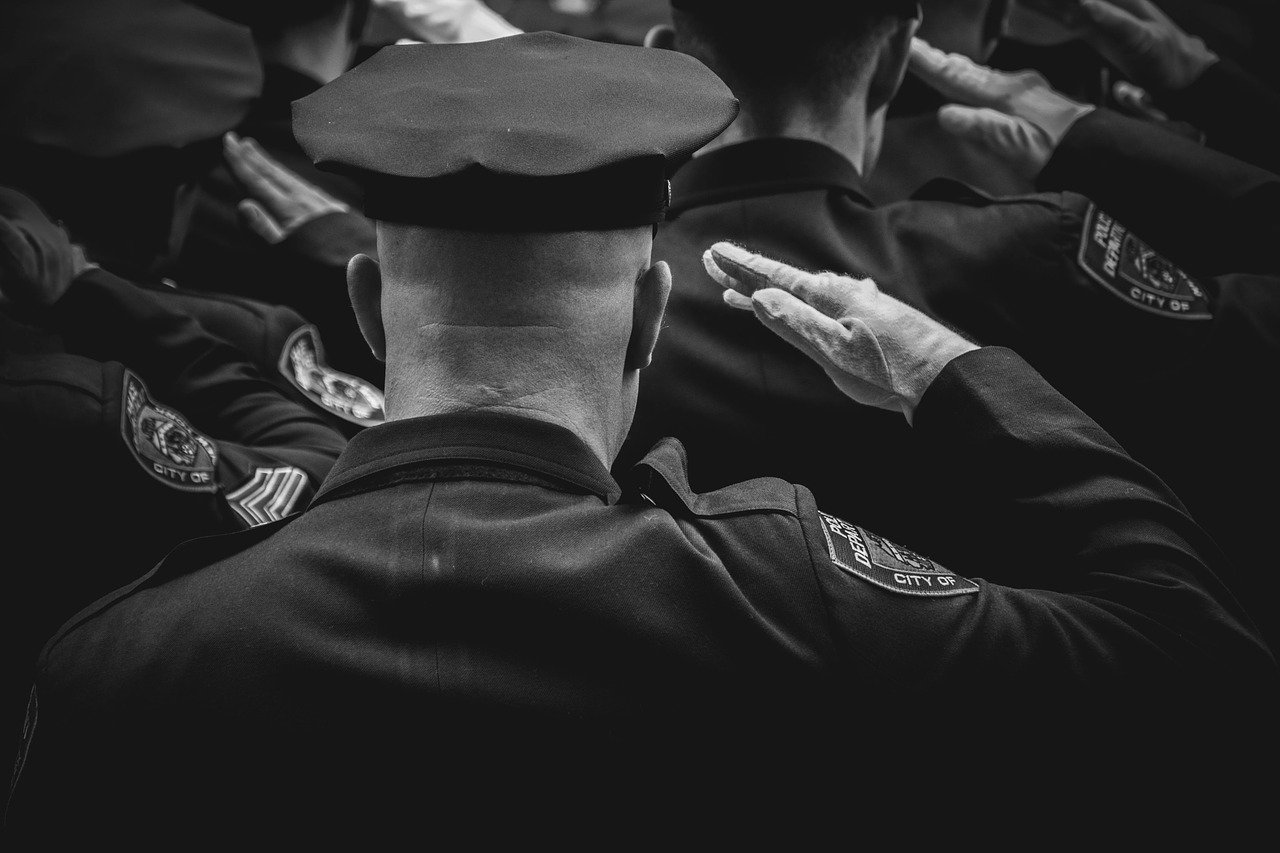 The COVID-19 pandemic, the death of George Floyd by the Minneapolis police, and the subsequent protests have brought racial inequalities to the forefront of public square discussion.  As faculty of color in the fields of criminal justice and legal studies, we cover diversity issues in all of our classes, especially with students who will be future law enforcement officers. As faculty of color from different backgrounds, we not only teach about the issues of systemic racism but live it in both our professional and personal lives. This essay highlights some of the issues that we see and in our humble opinions some proposed solutions to the problem of Black community relations with law enforcement.

As the protests over the death of George Floyd marched through our cities, towns, and communities, we once again mourned the blight that is racism and how it has left a permanent stain on our country. Racism permeates all aspects of society and must be confronted and expunged. Issues surrounding criminal justice, or the lack of justice, specifically for minorities, are rampant. In addition to issues of racial disparity in criminal justice, the conversation has turned to the coercive nature of policing and police abusing their power, particularly with minorities.

Generally, policing is an inherently coercive environment. The US Supreme Court has acknowledged the coercive nature of interrogations and Terry stops– a major component of policing. No other profession, with the exception of our legislature, has defined restrictions placed on it by the Bill of Rights of the United States Constitution. The Fourth Amendment warns the government from conducting “unreasonable searches and seizures.” The mere fact the founding fathers placed restrictions on the practice of searching and seizing individuals clearly delineates the potential for abuse by police, which is who acts as an extension of the government.

Now, the conversation has turned to an entity within policing that may be contributing to an abusive, and regressive police department. Professors Fisk and Richardson of UCI argue that the contractual, substantive, and procedural protections that come with union membership, coupled with a complicated disciplinary process serves to discourage supervisors from disciplining rank and file officers engaged in misconduct. Consequently, supervisors’ inclination to avoid confrontations with police unions and the red tape involved with sanctioning officers’ misconduct has contributed to the types of outcomes seen in recent abuse of force cases. Katherine J. Bies writes: “In 2015, one thousand people were killed in officer-involved shootings. Although African-American men only make up six percent of the population, they made up forty percent of those killed.” In 2015, 40% is an appallingly high statistic, in fact, even one officer-related death can be argued as being too high.

Currently, in 2020, five years later, we have seen how the grand juries refused to indict police officers on the deaths of Eric Garner in New York City, New York and Michael Brown in Ferguson, Missouri. We have watched how a judge acquitted an officer of Freddie Gray’s death in Baltimore, Maryland and we are now seeing masses march to see justice in the deaths of George Floyd, and Breonna Taylor. What we have rarely seen in such police shooting, are statements by police unions calling for reform of police practices, firing of bad police officers or advocating for laws which will either publicize police officer’s transgressions committed in their line of duty or laws that will automatically dismiss police officers for their transgressions and abuse of authority. (It must be noted that many police chiefs of various cities, municipalities, and towns have officially made statements against the death of George Floyd. Though individual police chiefs have made statements condemning the death of George Floyd, we have yet to see the same outpouring of statements, made by Police Unions.)

Traditionally, what we have seen are police unions who protect bad cops, and in doing so implicitly and explicitly encourage the abuse and transgressions against the most vulnerable of our population.  “The unions, at least in New York City, outright just protect, protect, protect the cops,” retired NYPD commander Corey Pegues wrote in his memoir, Once a Cop. Currently, “[I]n Chicago…. [t]he new president of the police union, John Catanzara, was the subject of 50 misconduct complaints, according to the Citizens Police Data Project, 10 of them sustained, and is believed to be the first FOP president to serve while stripped of his police powers.” In protecting the bad cops, unions reinforce the proverbial code of silence among all officers, threatening those who try to call out bad behavior. This code of silence not only perpetuates the violence but doing nothing encourages it until we are left with another senseless killing or altercation and even poorer perception of the police.

Historically, the idea of police unions was proposed shortly after World War I, during the time when the concept of unionization was gathering steam. Ironically, when the American Federation of Labor issued charters to police unions in thirty cities, many police chiefs condemned the move, arguing that unionism was incompatible with policing.  Due to continually low wages, increased working hours and regulations, it was not until the mid-1960s that elected officials realized that police officers were ready to strike and take a more military stance on policing if they were not allowed to unionize – thus the birth of police unions.

Simply put, unions, through the collective bargaining model, are meant as a mechanism to ensure employees’ fair compensation, working conditions, and benefits. Thanks to such aggressive collective bargaining, police officers are among the best-paid civil servants, have extraordinary control over their working conditions, and have defined working conditions in the broadest possible terms. All this would not be a concern until we recognize that that police unions have gone one step further and have made it extremely difficult to investigate misconduct claims and terminate officers who break the rules.

Moreover, as police unions flourished, the message of police accountability and integrity became blurred under the politicization and albeit power that union officials wielded. Generally, police unions are slow in advocating for mandating officers use body cameras and advocating for “bad” officers to be removed. In 2016, Campaign Zero conducted a comprehensive study of collective bargaining by big-city police unions and found that agreements routinely guarantee that officers aren’t interrogated immediately after use-of-force incidents and often ensure that disciplinary records are purged after three to five years.

A few days after prosecutors in Minneapolis charged an officer with murder in the death of George Floyd, the president of the city’s police union denounced political leaders, accusing them of selling out his members and firing four officers without due process. According to the New York Times:

[T]he president of the city’s police union denounced political leaders, accusing them of selling out his members and firing four officers without due process. “It is despicable behavior,” the union president, Lt. Bob Kroll, wrote in a letter to union members. He also referred to protesters as a “terrorist movement.”

At this time, it certainly appears that the “despicable behavior” is police unions repeatedly supporting officers that engage in misconduct, and at times unlawful behavior, and failing to hold their members accountable when they betray the trust of the very people they are sworn to serve. The police oath embraced by the International Association of Chiefs of Police states in part, “[o]n my honor, I will never betray my badge, my integrity, my character or the public trust.” The public trust has been broken and the integrity of police officers and police departments is constantly being questioned. It is now time for police officers to police themselves, without the handicap of a union.

Due to recent events of police abuse of power and excessive force that has resulted in the death of American citizens, the nation has been forced to grapple with questions about the purpose, function, and utility of contemporary policing. Police unions can contribute to this conversation by offering solutions that help bridge the divide or continue to drive a wedge between officers and communities of color by refusing to acknowledge that the status quo in policing is failing. The Fraternal Order of Police (FOP) is the world’s largest organization of sworn law enforcement officers and according to its mission statement purports, in part, to cultivate a spirit of fraternalism and mutual helpfulness among our members and the people we serve. A potential solution to promoting mutual helpfulness and improving relationships between law enforcement and the Black community, in particular, might lie in police unions: (1) recognizing how some of the ways they “advocate” for rank and file members (e.g. discouraging civilian oversight and public access to disciplinary records) actually diminish citizen trust and confidence and (2) realizing that due to the nature and prevalence of officer/citizen interaction, citizen trust and confidence is inextricably linked to officers’ working conditions. Therefore, when unions operate in ways that diminish citizen trust and confidence they simultaneously, perhaps unknowingly, worsen aspects of officers’ work environment which is in direct contradiction with the stated mission to support and improve working conditions.

It is time for police unions to discard the “us vs. them” mentality, encourage their members to truly embrace the role of the public servant, and reimagine police advocacy in ways that include partnering with communities of color so that the best interest of officers and citizens can be served.

Huma Zia is an assistant professor and program director of Paralegal Studies at Lewis University. She was a former Assistant Attorney General, with the Illinois Attorney General’s Office in the Civil and Criminal Appeals Bureau. Currently working on research involving police accountability, community policing, and clemency petitions.

Morris Jenkins is a professor of criminal justice. Jenkins has taught criminal justice for over thirty years at various institutions of higher education. Born and raised in Detroit Michigan, the civil disobedience and the Detroit rebellion of 1967, incidentally started by police abuse, are focal points in both Jenkins’ personal and academic lives. He has a law degree from Stetson University College of Law and a Ph.D. in Public Policy from Northeastern University.

Tammy Thurman is currently an associate professor and the undergraduate program director in the Justice, Law and Public Safety Studies Department (JLPSS) at Lewis University in Romeoville, IL. She teaches courses in criminal law, the court system and juvenile justice. She holds advanced degrees in Social Work and Law, is a Licensed Social Worker (LSW) and a member of the Illinois Bar. Professor Thurman has worked in the Child Welfare and Public Interest Law fields and studies and lectures on issues related to female juvenile delinquency and incarceration.