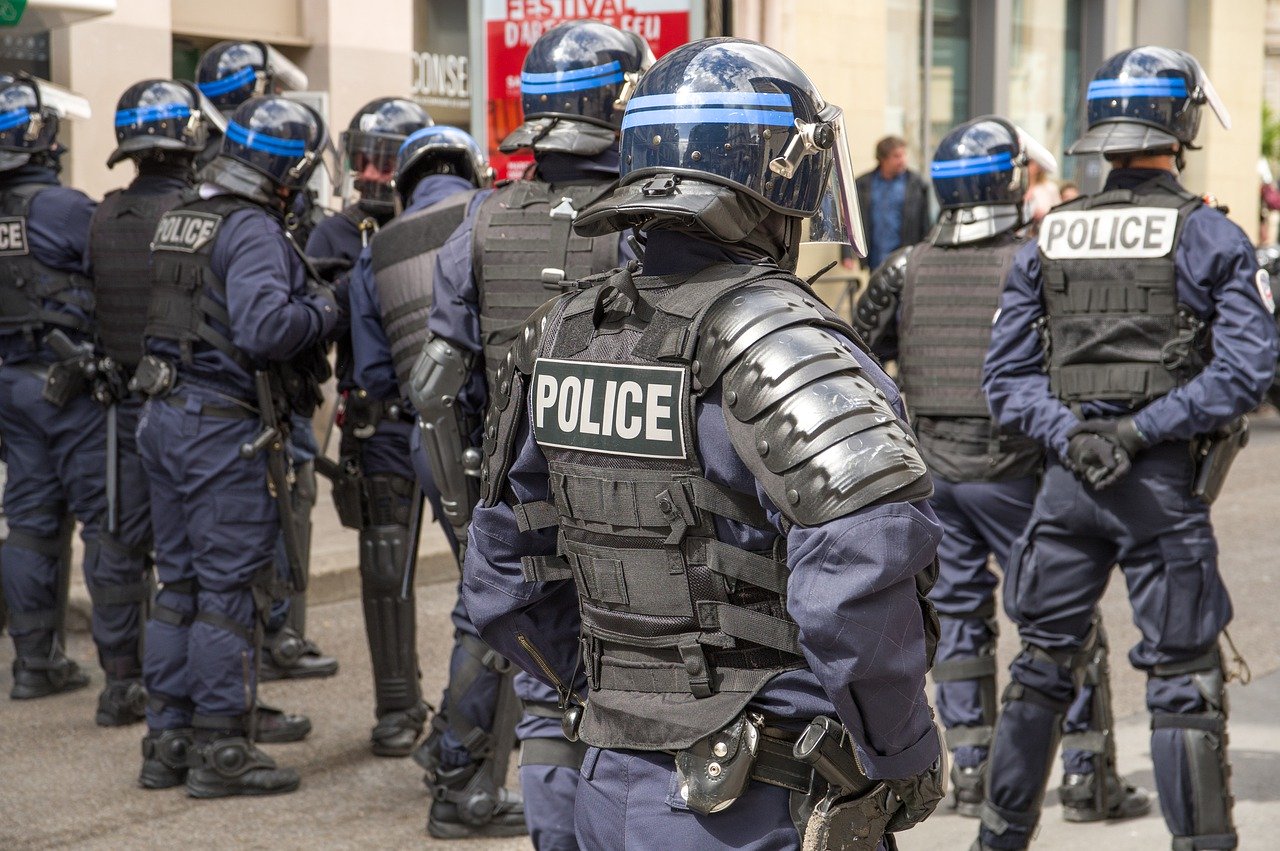 In the weeks since Derek Chauvin killed George Floyd in Minneapolis, protests have spread across the United States. An endless stream of online videos shows officers pushing, beating, pepper spraying, tear gassing, and shooting “less lethal” munitions at protestors and journalists, alike. These displays of police violence, like the murder of Floyd, are horrifying. But they should not be a surprise. Nor are they the work of “bad apples.” Such violence is, instead, the logical outcome of police training, culture, and policy that defines police work as profoundly dangerous.

Policing has always been justified on the basis of some “dangerous class” requiring surveillance and control. In the U.S., such distinctions are most clearly drawn along racial and ethnic lines. In the antebellum South, slave patrols that monitored and terrorized enslaved people seeded early police and sheriffs departments. The history of the Texas Rangers is replete with the murder of Mexicans, Mexican Americans, and Native Americans. In the northeast, late-19th and early 20th-century police were key to quashing labor movements, as well as controlling European immigrants and southern Black migrants moving into U.S. cities.

Prohibition, the Red Scare, Macarthyism, the Civil Rights era, and the seamless progression of the War(s) on Crime, Drugs, and Terror provided police with an ever-shifting landscape of dangerous “others” against which to align themselves. It is against this backdrop of seemingly infinite threats that policing constructed itself as “law enforcement,” defining itself by the dangerous task of catching armed criminals. This intertwining of crime control, danger, and the police role is the foundation on which policing stands, and is reflected at all levels of contemporary policing.

On the ground floor, the police academy inculcates recruits with a bone-deep preoccupation with violence and the necessity of “officer safety”–what I term the danger imperative. Graphic videos, such as the infamous 1998 murder of Deputy Kyle Dinkheller during a traffic stop, are shown to officers as dramatic proof (now more accessible than ever with the advent of YouTube) of policing’s life-and-death stakes. Sociologist Samantha Simon explains that this environment encourages an approach to force and decidedly offensive “defensive tactics” that teach officers to approach their work as “warriors.”

On patrol, the diffusion of this survival-centric culture shapes officers’ day-to-day behaviors. Some officers prefer to park their cars in the middle of empty parking lots so they can see someone approach from any direction; others will say they prefer to back up towards a wall so they can’t be ambushed from behind. When speaking with a suspect or witness, officers will assume a particular POI (position of interrogation or interview)–their feet are bladed to allow for better backward and forward movement, and their hands are up near their chests so they can block, push, or strike at a moment’s notice. During my field observations of officers across three U.S. cities, I observed an officer unholster his weapon and hold it in his lap while talking to a group of school-aged boys. After he dismissed them with a perfunctory, “You guys stay out of trouble,” he explained to me why he kept his pistol in his lap, “You never know. They would’ve been able to shoot at us in a split second if they wanted … You have to be ready for that, always have a plan of attack.”

This approach to police socialization and police work is both a cause and consequence of law governing U.S. policing. As discussed by Seth Stoughton, a former police officer and law professor at the University of South Carolina, Graham v. Connor established the “reasonableness” test for deciding the constitutionality of police force. Such a test, the Court argued, must take into account what an officer knew or perceived in the moment, not what was known afterward with the benefit of hindsight.

In theory, the Graham decision looks to provide police the latitude to make split-second decisions and survive situations that are “tense, uncertain, and rapidly evolving.” In practice, however, Graham privileges officer perception in such a way that any number of factors become indicative of a potential attack. Blinking too fast, blinking too slow, looking at an officer’s weapons, looking at an officer’s face, and looking at the surrounding area are all considered “pre-attack indicators” that justify officers’ pre-emptive use of force.

This legal precedent has, in turn, been integrated into police departments’ force policies and training. The New Haven Police Department’s policy, for example, explicitly cites Graham when defining “objectively reasonable force” and discussing factors that influence judgments of an officer’s force decision. Seattle’s policy, in contrast, describes the reasonableness standard without directly citing Graham, but goes so far as to quote the case to stipulate that force decisions should not be judged with “the 20/20 vision of hindsight.”

Graham is also implicated in policies shifting away from the “force continuum” model that conceptualizes force as a series of increasingly injurious options that are proportional to the resistance encountered. Instead, force policies are increasingly adopting a “force options” model rooted in the Graham decision and its emphasis on officer perception. The San Francisco Police Department, for example, explicitly states that officers do not need to use their force options along a “continuum.” Instead, they should employ a “critical decision-making model” to collect information, assess threats, and then make a decision based on the circumstances–any force option might be reasonable under certain circumstances.

Further, positive changes to departments’ force policies can be undermined by the centrality of officer safety. In Chicago, for example, the department’s force policy stipulates that officers will engage in de-escalation to “prevent or reduce the need for force,” but only “when it is safe and feasible” for an officer to do so. Similarly, the Santa Barbara Police Department states that officers should consider alternatives to deadly force, but only if “an objectively reasonable officer would consider it safe and feasible to do so under the totality of the circumstances.” At every turn, an officer’s perception of danger looms as an unwavering caveat to policies designed to control the use of force.

The interplay of police culture, practice, and policy forms the oft-cited “structure” within which police violence occurs. It is this structure that perpetuates the never-ending stream of “lawful but awful” shootings and uses of force–police violence that shocks the conscience but which falls within the bounds of law and departmental policy. This policing system, stretching from the 18,000 local departments to the Supreme Court, was built, expanded, and strengthened over more than a century. It is why the tragic killings of Floyd and so many others should not be thought of as cases of individual immorality. Instead, such killings and the lack of consequences for officers involved are evidence of a system working as intended.

Michael Sierra-Arévalo is an assistant professor in the department of sociology at the University of Texas at Austin. His current book project shows how danger and the preoccupation with violence shape police socialization and practice in the United States.