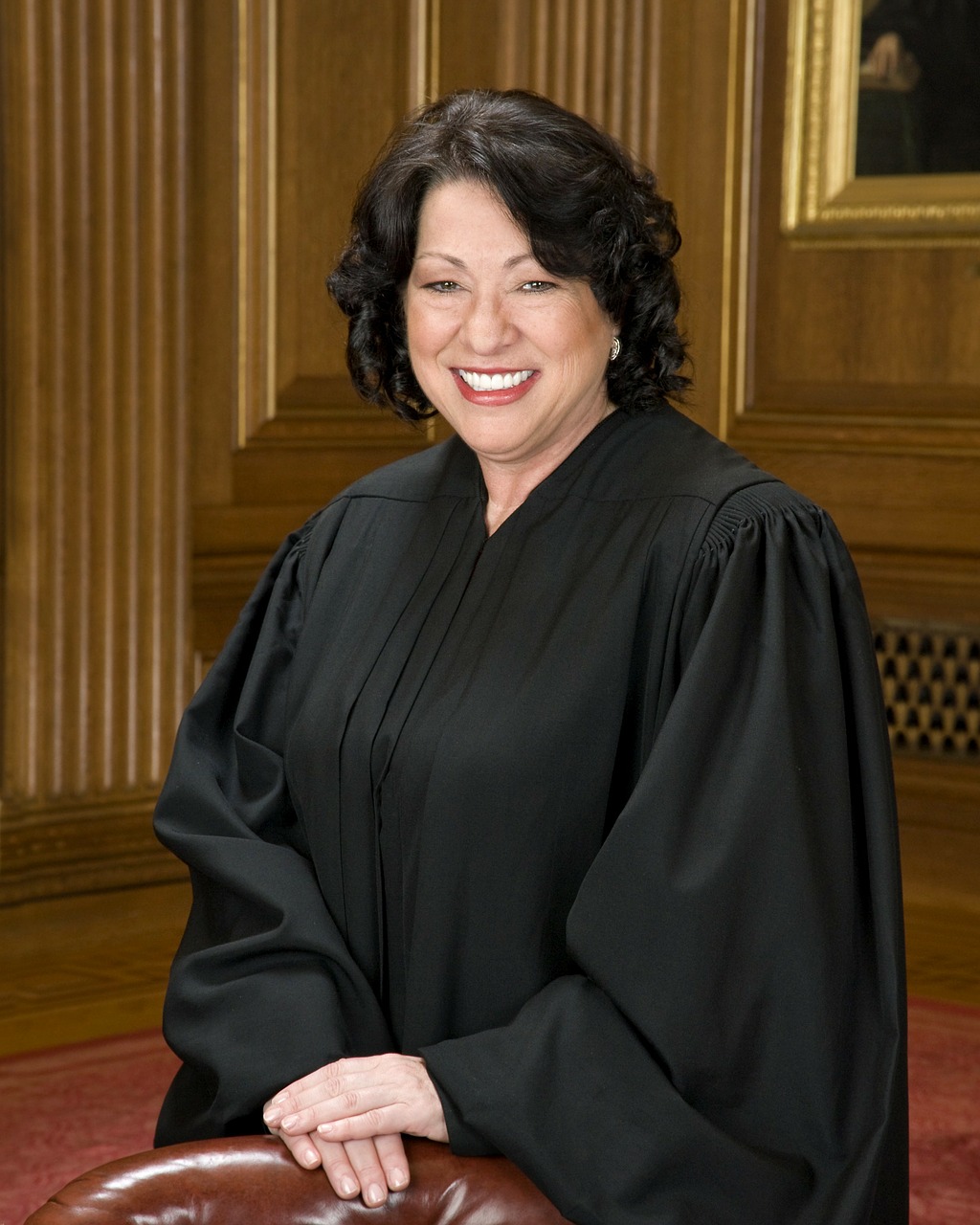 Today, the U.S. legal system faces a public that is becoming increasingly impatient with systemic unequal protection of the law. As the peaceful arbiter of disputes in a democratic society, the judiciary cannot stray too far from that public, lest its legitimacy be lost. However, recent Supreme Court jurisprudence has pulled that judiciary further from how increasing numbers of Americans experience discrimination at the hands of government actors.

Since Washington v. Davis and Arlington Heights v. Metropolitan Housing in the late 1970s the Supreme Court has followed a jurisprudential deference to government actions alleged to be discriminatory which are facially neutral; plaintiffs must show discriminatory intent or purpose as well as disparate impact. But where does a litigant look to find such intent? Arlington Heights demands “a sensitive inquiry into such circumstantial and direct evidence of intent,” including impact, historical background, and departures from procedural norms. However, the Roberts Court has been particularly unwilling to collect relevant evidence of discriminatory intent. As such, Justice Sotomayor is often the sole justice that will chastise a majority which “…fundamentally misunderstands the nature of the injustice…” as she did in her dissent in Schuette v. Coalition.

Four cases are used to illustrate this point. First, Justice Sotomayor dissented in a voter purge case from Ohio, Husted v. A. Philip Randolph Institute, 584 U.S. ___ (2018). In that case, the 5-4 majority upheld a law that removed voters from registration lists after they failed to vote for six years and then failed to return a mailed card. The holding found the two failures as reasonable grounds for removal under the National Voter Registration Act of 1993 (NVRA), 52 U.S.C. §205. Years earlier, Reuters found that 144,000 voters were removed from the rolls ahead of the 2016 election, disproportionately occurring in predominantly Black neighborhoods—a fact available to the majority. Along with citing ample evidence of discriminatory disenfranchisement schemes, Sotomayor chastised the holding, writing, “…the majority does more than just misconstrue the statutory text. It entirely ignores the history of voter suppression against which the NVRA was enacted and upholds a program that appears to further the very disenfranchisement of minority and low-income voters that Congress set out to eradicate.” The disparate impact was clear, but the intent was not written into the statute.

Next, in another 5-4 decision, Sotomayor dissented in Abbott v. Perez. This case revolved around racial gerrymandering in Texas following the 2010 census. The 2011 Texas electoral map had been found to be a racial gerrymander under the Voting Rights Act (VRA) §5 preclearance requirement, so a Texas court used that map as a starting point, endeavoring to “make adjustments as required by the Constitution and the VRA” according to the majority opinion. That resulting map was used in the 2012 election, later adjusted by the state legislature elected in 2012—producing the 2013 map at issue. In challenging the 2013 map as a racial gerrymander, the majority insisted that, “the good faith of [the] state legislature must be presumed” and that “[P]ast discrimination cannot, in the manner of original sin, condemn governmental action that is not itself unlawful.” Under the reasoning of the majority, the 2011 legislature may have had improper motives, but the 2013 legislature—which had the same leadership, substantially similar membership, and produced a similar map—has nothing to do with the body just two years prior. Indeed, Sotomayor finds that the majority, “ignores the substantial amount of evidence of Texas’ discriminatory intent…,” including that “the ‘specific portions of the 2011 plans that [the District Court] found to be discriminatory or unconstitutional racial gerrymanders continue unchanged in the 2013 plans…’” and adding that, “Texas has a long ‘history of discrimination’ against minority voters.” However, that history was not written on the map—it was only found via Justice Sotomayor’s “sensitive inquiry” required by Arlington Heights.

Third, another 5-4 decision found Justice Sotomayor in dissent, Trump v. Hawai’i. In upholding the Trump administration’s Muslim Ban, the Court held that the president’s Proclamation was within the broad discretion granted under the Immigration and Nationality Act (INA), 8 U.S.C. §§1182(f) and 1185(a). The majority dismissed the claim that the Muslim Ban violates 8 U.S.C. §1152(a)(1)(A) which states, “no person shall… be discriminated against in the issuance of an immigrant visa…,” arguing that the Muslim Ban applies to the admissibility of aliens, whereas §1152 applies only to the issuance of visas. However, discrimination in the admissibility of aliens will necessarily lead to discrimination in the issuance in visas; a person cannot be issued a visa if that person is not eligible for it in the first place. Regarding the President’s anti-Muslim statements, the majority wrote, “…the issue before us is not whether to denounce the statements. It is instead the significance of those statements in reviewing a Presidential directive, neutral on its face, addressing a matter within the core of executive responsibility.” The majority ultimately afforded no analytical significance to those statements. Justice Sotomayor does the opposite, writing that the majority

“leaves undisturbed a policy first advertised openly and unequivocally as a ‘total and complete shutdown of Muslims entering the United States’ because the policy now masquerades behind a façade of national-security concerns… Based on the evidence in the record, a reasonable observer would conclude that the Proclamation was motivated by anti-Muslim animus.”

Sotomayor would have allowed the case to proceed on the merits of an Establishment Clause claim, while the majority ignored how the policy was characterized by the policymaker himself in an effort to avoid a First Amendment analysis.

Lastly, a case in which Justice Sotomayor was partially in the majority—last week’s DHS v. Regents of the University of California. This case struck down the Trump administration’s attempt to rescind the Deferred Action for Childhood Arrivals (DACA) program, holding that it violated the Administrative Procedure Act (APA). In relevant part, Chief Justice Roberts, writing for a plurality, cites Arlington Heights and dismisses “(1) the disparate impact of the rescission on Latinos from Mexico, who represent 78% of DACA recipients; (2) the unusual history behind the rescission; and (3) pre- and post-election statements by President Trump” as sufficient bases to form even a plausible equal protection claim. Roberts writes that any broad immigration policy could be construed as having a disparate impact against Latinos, given current immigration trends; that the rescission of DACA was not unusual, despite that he just found it illegal; and that discriminatory statements by President Trump were remote and unrelated. Similar to her dissent in Trump v. Hawai’i, Sotomayor argued in her dissenting section that the Court should have allowed “respondents to develop their equal protection claims on remand.” Sotomayor cites Trump’s bigoted campaign statements and his “2017 statement comparing undocumented immigrants to ‘animals’ responsible for ‘the drugs, the gangs, the cartels, the crisis of smuggling and trafficking, [and] MS13.’” Sotomayor was the lone dissenter on this point.

In these dissents, Justice Sotomayor exposes the Roberts Court as unwilling to understand or accept how minority communities are actually discriminated against today. In his since-vacated opinion in Lewis v. Governor of Alabama, Judge Charles Wilson of the 11th Circuit found that plaintiffs had a plausible claim that a minimum wage law discriminated against Black citizens. Insodoing, he articulated how discrimination operates in reality, writing, “Today, racism is no longer pledged from the portico of the capitol or exclaimed from the floor of the constitutional convention; it hides, abashed, cloaked beneath ostensibly neutral laws and legitimate bases, steering government power toward no less invidious ends.”

When discrimination hides, this Court does not seek to find it. Contrary to the requirements of Arlington Heights, the Court purposefully ignores historical background, departures from normal procedure, or legislative or administrative history in side-stepping otherwise obvious examples of discrimination. The impact is clear: in areas of law central to the full democratic participation of minority groups such as voter suppression, gerrymandering, religious liberty, and equal protection, policymakers can easily avoid any serious consequences of discrimination so long as they do not write in law that they intend on discriminating. Public statements will be ignored, relevant history will be ignored, and disparate impact alone will be ignored. Justice Sotomayor has repeatedly presented to the majority on the Roberts Court the harms to minority communities resulting from plainly discriminatory actions. But she has largely been ignored.