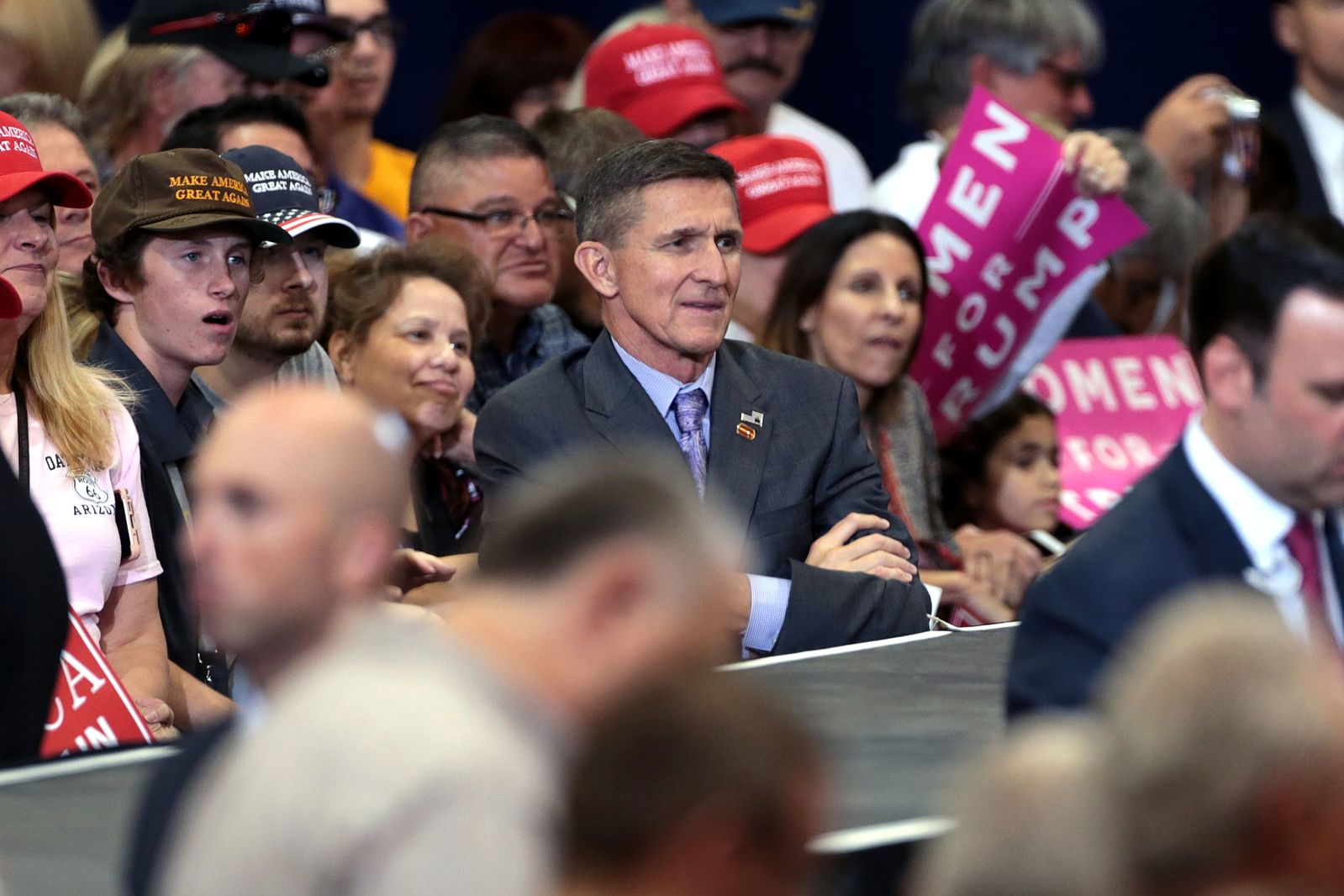 The D.C. Circuit held oral argument on Friday on General Mike Flynn’s mandamus to Judge Emmet Sullivan to grant the Department of Justice (DOJ) Motion to Dismiss false statement charges against Flynn (see my preview, discussed here). A majority of the panel seemed to believe Judge Sullivan should take the first crack at deciding DOJ’s motion. As Judge Karen LeCraft Henderson put it, Judge Sullivan is an “old hand”—an “excellent trial judge.” For Judge Henderson (who was appointed by President George H.W. Bush) and Judge Robert L. Wilkins (an Obama appointee), preserving the courts’ “regular order” by allowing Judge Sullivan to decide in the first instance seemed the wisest course. While it can be risky to predict the outcome of a case from oral argument, only Judge Neomi Rao, a Trump appointee and former George Mason Law professor, even suggested that the government’s Article II power to exercise prosecutorial discretion required granting the mandamus and taking the case out of Judge Sullivan’s hands.

On the other hand, both Judge Henderson and Judge Rao appeared to agree with the concession by D.C. attorney Beth Wilkinson, who represented Judge Sullivan, that the trial judge’s role was “circumscribed” in determining when “leave of court” should be granted to dismiss charges under Rule 48(a) of the Federal Rules of Criminal Procedure. In this respect, the majority of the panel seemed to agree with the D.C. Circuit’s earlier decision, United States v. Fokker Servs. BV, that the government’s Article II power would generally counsel deference on the merits to the government’s decision to drop charges, absent a showing of bad faith on the part of the government. Indeed, attorney Wilkinson readily conceded this point, further noting that Judge Sullivan had not expressed any view on the merits of DOJ’s motion. Wilkinson observed that Judge Sullivan had merely appointed an amicus, set a briefing schedule, and announced a hearing date on July 16. That suggests that a denial of the government’s motion would confront skepticism at the appellate court. So critics of the government’s motion to dismiss (see this piece by Andrew Crespo, Laura London᷈o Pardo, Kristy Parker & Nathaniel Sobel) may win the battle but lose the war.

The panel seemed unmoved by the sweeping arguments made by Sidney Powell, who represented Flynn, and Jeffrey Wall of DOJ. As Marty Lederman has explained, the Solicitor General argued in his brief and reply supporting Flynn that both Article II and Article III of the Constitution required a virtually automatic grant of DOJ’s motion to dismiss. According to attorney Wall, respect for prosecutorial discretion under Article II mandated reading Rule 48(a)’s “leave of court” language into nonexistence, with reasons for the government’s motion to dismiss confined to a merely ministerial request to the court. Wall asserted that the government did not have to give reasons at all. For Wall, Article III required that the agreement of the two parties to the prosecution—Flynn and the United States—that the charges be dismissed ended any “case or controversy” and therefore also terminated the federal court’s jurisdiction.

Judges Henderson and Wilkins seemed puzzled by DOJ’s categorical arguments. In a running exchange with attorney Wall, Wilkins asked about a hypothetical case that echoed the killing of George Floyd by a Minneapolis police officer. Suppose, Judge Wilkins asked Wall, that the government had probable cause to indict an officer for use of excessive force but decided not to do so because the prosecutor simply did not believe that a predominantly white jury would believe an African-American witness. Could a trial judge inquire about that rationale, and deny a motion to dismiss under 48(a) that appeared to rely on such an invidious reason? Wall answered that the reason Judge Wilkins outlined would represent an unconstitutional racial motivation, and thus would be a fit subject for judicial inquiry. But Wilkins’ question reflected an appreciation for the risks posed by the absolute authority that DOJ has asserted in this case.

Representing Judge Sullivan, attorney Wilkinson explained that DOJ’s fears were overblown that the amicus appointed by Judge Sullivan, former federal district judge John Gleeson, would disrupt the “regular order” of court proceedings. While lawyer Wall of DOJ conjured up what Wilkinson described as a “parade of horribles” of lengthy evidentiary proceedings in district court, Wilkinson observed there was no evidence in the record that Judge Sullivan envisioned such proceedings. Moreover, Wilkinson pointed out, Judge Gleeson had filed his brief on Wednesday opposing the government’s motion to dismiss, but had not urged that Judge Sullivan call witnesses or engage in elaborate fact-finding. Judge Gleeson’s brief also did not recommend the initiation of a contempt or perjury prosecution against Flynn in connection with his entry of a guilty plea, although Gleeson did suggest that Judge Sullivan could consider Flynn’s post-plea conduct in sentencing the defendant. Judge Rao appeared to believe that Judge Sullivan had broad power to appoint an independent lawyer to inquire about the possibility of contempt.

The panel said little about the substantive grounds for DOJ’s motion, perhaps because it seemed to believe that Judge Sullivan should take the first crack at deciding it. But Judge Henderson suggested that the “interests of justice” strand in DOJ’s motion resonated with her. DOJ’s motion did assert that the FBI, in setting up and conducting the interview with Flynn in January 2017, had cut out Sally Yates, the Acting Attorney General. In addition, FBI agents had not provided Flynn with a transcript of Flynn’s phone calls with the Russian ambassador, Sergey Kislyak, which prompted the interview in the first place. Neither decision would give a defendant grounds for moving to dismiss charges. Moreover, Flynn was aware of both decisions prior to pleading guilty. But the DOJ motion also cited the vague content of Flynn’s responses during the interview. For example, asked if Kislyak had informed Flynn about a Russian diplomatic action, Flynn answered, “It’s possible.” A categorical denial that Kislyak had so informed Flynn would provide a firm basis for a false statement charge. But Flynn’s equivocal response may be too thin a reed for a prosecution. These factors may well supply a good faith basis for dropping the charges.

In sum, a majority of the panel seemed to be leaning strongly toward permitting Judge Sullivan to continue on the case and decide DOJ’s motion to dismiss. But the argument also sent the clear signal that any plausible reason for dismissal should elicit judicial deference.

Professor Peter Margulies teaches National Security Law at Roger Williams University School of Law in Rhode Island. He has spoken at events sponsored by the American Bar Association, Yale Law School, and Columbia Law School on the intersection of surveillance, cybersecurity, and privacy in U.S. and EU law. In addition, Professor Margulies has served as co-counsel for amici curiae in prominent cases, including Humanitarian Law Project v. Holder, 561 U.S. 1 (2010) (holding that statute prohibiting material support to foreign terrorist organizations did not violate the First Amendment).