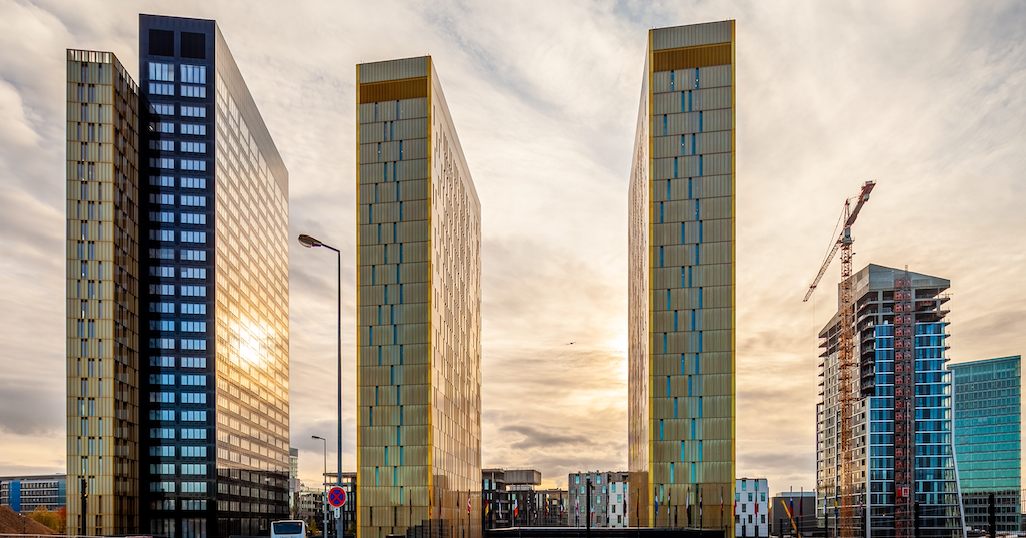 “[A] shot from the back through the chest and into the eye” was how one commentator described it. On May 2, 2020, Germany’s highest constitutional court, the Bundesverfassungsgericht, delivered a judgment that sent shivers through the political and legal institutions of Europe.

It had been asked to rule on the lawfulness of the participation of the Bundesbank, the German central bank, in the European Central Bank’s (ECB) bond-buying program started in 2015. This was a dramatic program of quantitative easing instituted by the ECB’s previous head, Mario Draghi, to combat the worst of the Eurozone crisis.

The court’s ruling was no mere matter of technical monetary policy, however. The problem was, the bond-buying program had already been addressed by the European Court of Justice (ECJ), the highest court in Europe and the ultimate authority on matters of EU law. In a judgment from December 2018, the ECJ had declared the ECB’s bond-buying program lawful. It was this decision that the German constitutional court now took aim at.

In a forthright judgment, the German court argued that, contrary to usual principles of EU law, it was not bound by the ECJ’s decision, and indeed that the ECJ itself had acted outside its powers (ultra vires). The ECJ had “exceed[ed] its judicial mandate” and its judgment  “considered arbitrary”. Why? Because the ECJ had allowed the ECB to transgress from monetary policy to economic policy (outside its competency), whilst failing to properly assess whether the ECB’s policies were “proportionate”. In other words, the German court felt that the ECJ had not realized how drastic these quantitative easing measures were, and that it had not properly balanced the benefits against the disadvantages, especially their damage on the interest earned by savers.

As a result, the German court ordered the Bundesbank to withdraw from the ECB’s quantitative easing program unless a new proportionality assessment is made within three months. However, this ruling has greater implications than the relations between German and European central banks. In issuing this judgment, the German court essentially considered itself able to set aside a decision of the ECJ and substitute one of its own.

The response from the EU was one of shock and disdain. Ursula von der Leyen, president of the European Commission tersely said, “[t]he final word on EU law is always spoken in Luxembourg. Nowhere else.” This reflects the ECJ’s own reply: “the Court of Justice [ECJ] alone… has jurisdiction to rule that an act of an EU institution is contrary to EU law”. Guy Verhofstadt, MEP and former Belgian Prime Minister, was more blunt: “[i]f every constitutional court of every member state starts giving its own interpretation of what Europe can and cannot do, it’s the beginning of the end”.

Their surprise is well-founded. The EU has only ever been able to function through its member states’ willingness to acquiesce to EU rules. Such rules must be uniformly and loyally applied by member states for the system to work, and so for that end, it is the ECJ alone that is the ultimate and binding arbiter of EU law. To give an example, when a French manufacturer makes their products to EU specifications, they can be confident when shipping them to Poland that the local authorities will apply the EU rules in the same way, meaning their goods can be sold as easily as in France. As one commentator says, the uniformity of EU law is what “makes the EU a union and not just another international organisation”.

And so Verhofstadt’s fears are sensible. If other national courts took this precedent to heart and felt confident disagreeing with the ECJ when they desired, the EU could start seeing its foundations eroded. Here we should note where the judgment was coming from. Germany has been a leader within the European project since its birth; it is not a state, like Hungary or Poland, that routinely clashes with the EU. This is not to say that German courts have not pushed back against European law before. Nevertheless, for Eurosceptics, it was a godsend to see such a forthright and critical judgment coming from a German court. Mateusz Morawiecki, Prime Minister of Poland, called it “one of the most important [decisions] in the EU’s history”, celebrating the court’s judgment that “the ECJ does not possess unlimited authority”.

This decision may, therefore, embolden national courts to put domestic considerations ahead of European ones in future decisions. A key part of the German court’s condemnation of the ECJ was that it failed, in assessing the “proportionality” of ECB measures, to consider the interests of savers, with the implication likely being that they had German savers in mind. Those in other member states who criticize EU rules for damaging their citizens’ interests must be delighted. Underneath the disdainful reception of this decision by the EU lies a fear that we might suddenly see the substance of EU policy scrutinized in national courts. When this court criticized the ECJ for incorrectly assessing the proportionality of the ECB’s measures, it was analyzing the heart of those measures’ policy implications. In other words, it was directly assessing their economic and social impact, and concluding that the EU institutions had not weighed things properly.

However, there is a certain irony for those Eurosceptics in other member states who welcome this. The very fact that a German court felt able to make this judgment points towards the imbalance of power within the EU. One can imagine the furor if, say, a Greek or Spanish court declared ECB measures unlawful because they were unfairly harsh on their citizens. It is arguably Germany’s privileged position in Europe that allows its courts to criticize the EU like this.

Could greater scrutiny of European policy by national courts do some good, stifling the critics who decry the EU’s “undemocratic” lack of accountability? Given the EU’s cold response to this decision, that may be wishful thinking. The more national courts may try to flout the ECJ or question EU policies, it seems the more EU bodies will stick to the ideal of the uniform application of EU law. The European Commission is even considering suing Germany for this judgment since by overruling the ECJ it has breached EU law.

How could we plausibly move forward, then? Some commentators have suggested the creation of an ad hoc constitutional body within the EU, composed of both EU and national judges, which would rule on matters where a domestic court feels the ECJ has overstepped its powers. This would consciously bridge the gap between EU and national courts on constitutional issues. Though an interesting idea, it remains to be seen whether this would really solve constitutional disputes of these sorts. To me it seems equally likely it would legitimize and encourage Eurosceptics to raise complaints in the hope of sending them to this body, thus fomenting more dispute and conflict.

Germany itself faces a serious dilemma after this judgment. The ECB is unlikely to provide the proportionality test the German court has demanded as they arguably are prevented from doing so by Article 130 TFEU. The Bundesbank is therefore caught between a rock and a hard place; does it continue playing its part in Europe and engaging with the ECB’s bond-buying, which risks gaining the ire of the German court, or should it comply with this judgment and so retreat from the European scene?

Are there any implications for this COVID-19 crisis from this judgment? To counter economic shock during the current turmoil, the ECB is currently pursuing a new bond-buying scheme, the Pandemic Emergency Purchase Programme (PEPP). Perhaps the decision may make the Bundesbank more cautious in its participation of this, though in practical terms any legal challenge to PEPP would take years to reach a conclusion, by which point (one hopes) the program will no longer be needed. The Bundesbank can, therefore, take part with confidence it will not be held back by the courts just yet.

In general, however, the ruling may make the ECB itself more hesitant to take dramatic measures when it feels they are necessary. No one, least of all the ECB, wishes to provoke more lawsuits like this every time it institutes new monetary policies. It may feel more constrained in its actions when facing future crises, looking over its back at the legal disputes that might follow. Perhaps treaty change to clarify its mandate could help mitigate some of this risk, as some suggest.

Overall, then, this judgment may have far-reaching consequences for the economic, political, and legal order in Europe. It will be of interest to all within the Union whether national courts take this up as a precedent for a more forceful challenge against EU rulings or institutions. Given how this coincides with the enormous upheaval of the health crisis, and of course, the tortuous end of Brexit negotiations, only one thing looks certain: the EU of the coming decade will look very different from the one we have come to know.