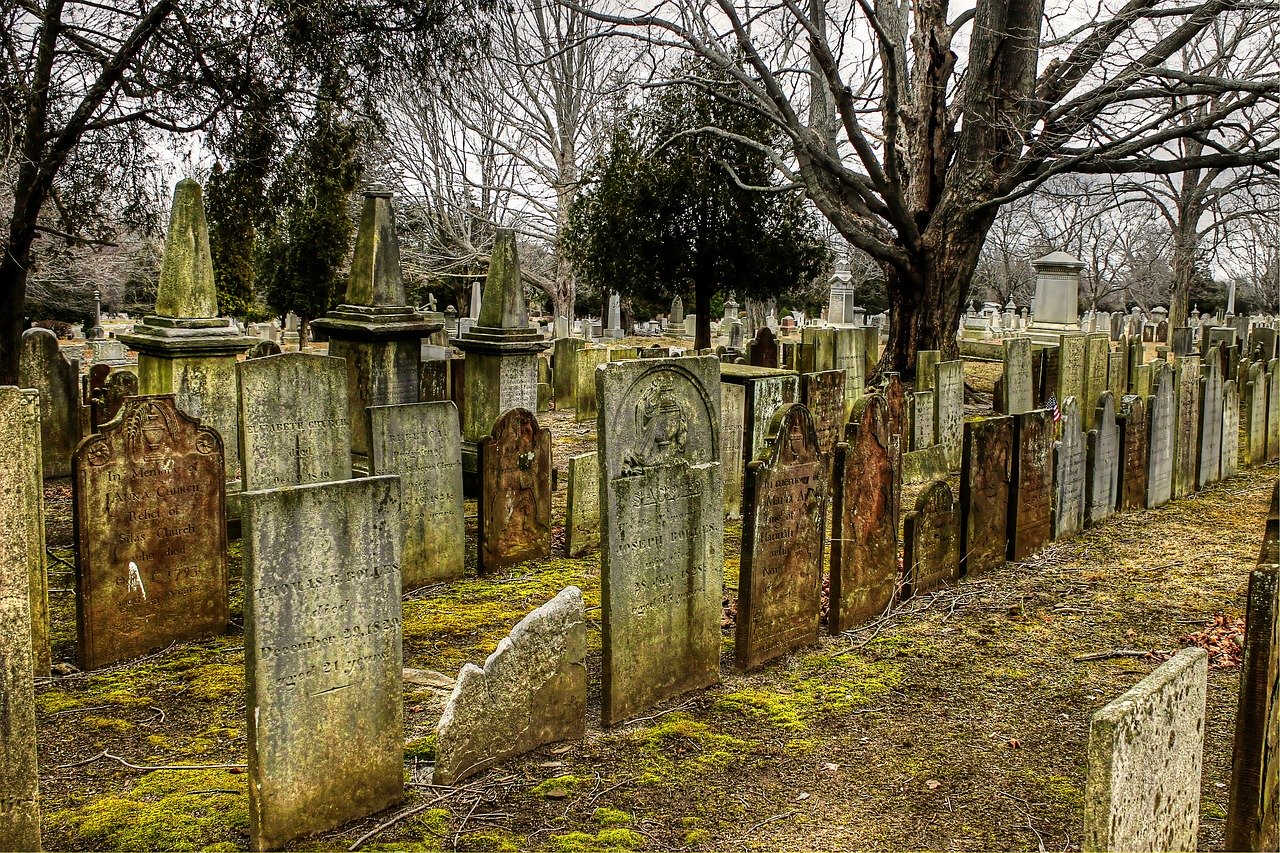 darksouls1 / Pixabay
JURIST Guest Columnists Dhanishta Mittal and Deepanshu Mittal, a law student and prospective MBA student both from India, discuss the reemergence of long-dormant diseases and the Right to Burial in COVID-19...

On May 22, 2020 Bombay High Court said that the Right to a Decent Burial is a facet of the Right to Life. This decision was based on a plea which contested burial of COVID-19 patients in burial grounds surrounding the residential areas. The court dismissed the petitions and quoted from Oscar Wilde:

“Death must be so beautiful. To lie in the soft brown earth, with the grasses waving above one’s head, and listen to silence. To have no yesterday, and no tomorrow. To forget time, to forget life, to be at peace.”

The Bombay High Court’s decision falls in line with the decision of Madras High Court. The latter, in April, said that Article 21 of the Constitution also entails the right to have a decent burial. This was reiterated by the Bombay High Court in its May 22nd decision. The decision of both the Courts fall in line with the interpretation of Article 21 given by the Supreme Court in its myriad expanded interpretations of the Rights to Life and Liberty. Article 21 of the Constitution of India guarantees us Right to Life and Personal Liberty, except according to the procedure established by law. Such a right is beyond mere animal survival and encompasses a wide range of libertarian rights that ensure a free existence of people in the country.

Similar decisions of both the courts also had similar narratives. The public had been taking the law in their own hands, retaliating against the municipal authorities announcement of burial sites for COVID-19 patients. Upon such a declaration, the public residing close to the locations feared the spread of the virus and denied access to the burial sites to people wanting to perform last rituals or any public authority. The matter was taken up suo moto by the Madras High Court whereas some residents residing near the burial sites challenged the municipal authorities’ decision in the Bombay High Court.

The underlying reason for the Court’s verdict was based on the World Health Organization (WHO) and various medical institutions claiming that SARS-COV-2 is not an airborne disease, and thus possesses no threat to the nearby residents merely because of burial of deceased COVID-19 patients. The Ministry of Health and Family Welfare (MHFW) also issued guidelines on dead body management, to alleviate the concerns of such residents. The guidelines state that the cause of transmission is through air droplets and thus there is an unlikely risk of transmission from a dead body to health workers or family members.

Looking back at 2016, we can witness a possible outcome of the decision announced by the Courts. In August 2016, in Siberia, around 100 humans and 2600 reindeer succumbed to anthrax. Experts began investigating the cause of the transmission of disease as soon as possible. Anthrax spreads through two major sources. Eating food or drinking fluids contaminated by bacteria Bacillus Anthracis which causes anthrax or through inhaling spores contaminated by the bacteria. However, anthrax is not an airborne disease.

Drawing parallels with SARS-COV-2, it can be understood that the transmission of anthrax is somewhat similar to that of the novel coronavirus. And this is where the concerns lie. It was recognized that the source of anthrax was a 75-year dead body of a reindeer which had failed to decompose. This body oxidized as soon as it resurfaced which led to the release of bacteria leading to a local outbreak.

The question that arises then is, will history repeat itself? The answer is NO. While the concerns of people are rational, legitimate and logical, the geography and the nature of transmission of the two diseases should prevent a similar outbreak.

Siberia is located very close to the Arctic Region. The region is covered with thick layers of snow which creates a freezing effect around the soil known as permafrost. This thick layer prevents decomposition of the bodies. The permafrost thawed in 2016 due to a heatwave. The exposed reindeer corpse released the infection which infected the locals and reindeer nearby. Thus, the geography of India will prevent a permafrost effect on the bodies which undergo standard decomposition which generally takes 8 to 12 years.

There is no scientific evidence that SARS-COV-2 can transmit other than through air droplets. The decomposition of bodies might release the virus in the earth but there is no source of transmission, thus it will not lead to an outbreak. As a result, the decisions laid down by the courts coincidentally takes care of public health and there is no cause of concern for the residents nearby.

We now have realized the effect of a pandemic. The health and economic crisis of a disease has a huge toll on human existence. Not just COVID-19 but across human history, pandemics have resulted in deaths of hundreds of thousands and affected millions. With no vaccinations for the current and previous pandemics, no one knows the scale and magnitude of the effect once this Pandora’s Box is opened.

But, it is not just the permafrost. In 2017, NASA Scientists confirmed that they found microbes dating almost 60,000 years old in crystals in Mexico. The bacteria were trapped inside but as soon as they were relieved, they began multiplying. This could be nature’s own underlying biological warfare.

Diseases which we have believed to be non-existent and eradicated could prove to be alive. If such pathogens lay dormant lacking human contact for over thousands of years, there could be a high probability that humans are losing or have lost natural resistance to such microbes. Our immune system is already battling against modern world diseases and an added pressure of ancient microbes could result in anything from a local outbreak to a global level pandemic or even mass extinction!

The microbes have also exhibited anti-bacterial resistance over the years. Where there is little food, organisms must undoubtedly be savage, if they are able to survive. Bacteria have to evolve antibiotic resistance in order to avoid being killed by rival organisms. This explains why bacteria are only resistant to natural antibiotics, which come from bacteria and fungi, and make up about 99.9% of all the antibiotics we use. The bacteria have never come across man-made antibiotics, so do not have a resistance to them.

While the threat has nothing to do with burial rituals per se, it does give us a line of thought to prepare ourselves for the next line of pandemics. An unlikely possibility and our inability to quantify the effect of such pandemics cannot be an excuse for our unpreparedness, as was indeed the case with the COVID-19 crisis. History is our best teacher. But history is subjective and relative to time. The lesson here is our ignorance towards black swan events, over time. We have an innate ability to assume not probable as not possible. Tomorrow’s pandemic will have today as history. And if we continue ignoring substantial attention to our heath infrastructure, we learn nothing from the previous experiences, we could be on our way to a global annihilation!

Dhanishta Mittal is a B.A. L.L.B. candidate at NALSAR University of Law, Hyderabad, India. Her interests include public policy, legal drafting and research pertinent to international law with core focus on human rights.

Deepanshu Mittal is a Chartered Accountant and a prospective MBA applicant from India. His interests include human rights, foreign policy, economics and finance.