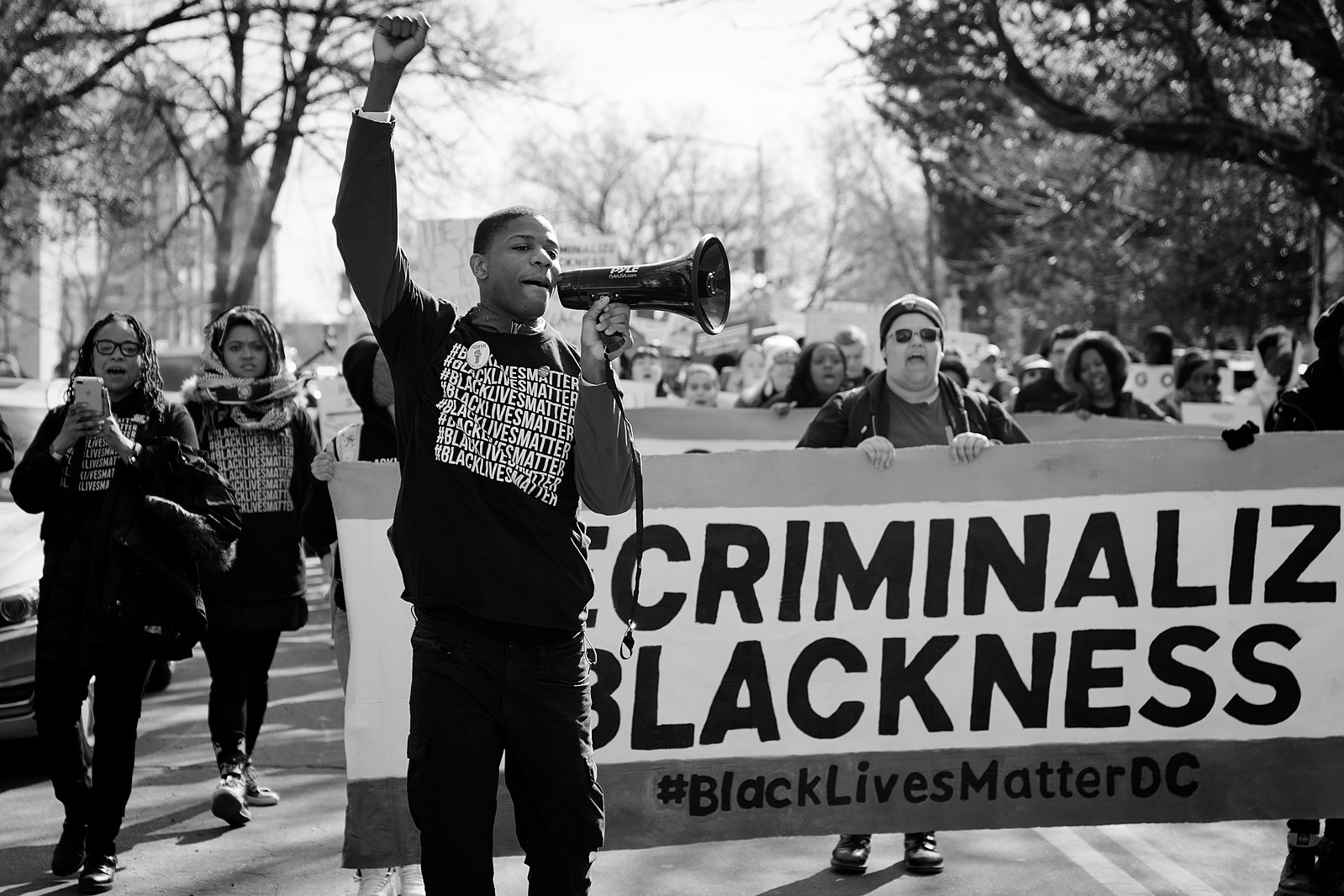 The world has seen shocking videos of U.S, police officers, and private citizens perpetrating crimes against African Americans. Relentlessly, the socio-legal system brings about the death, imprisonment, torture, and degradation of African American men, women, boys, girls, households, and communities. The four-hundred years of atrocities comprised of slavery, separation of families, non-citizenship, segregation, and lynching have been formally corrected through constitutional amendments, civil rights laws, and high court decisions. Yet, the systemic animus against African Americans rages with criminality. The assertion that “things are much better than before” fails to see that African Americans are a persecuted population, bearing what international law calls “crimes against humanity.”

Crimes against humanity is a legal term with a definite meaning in the 1998 Rome Statute, an international treaty entered into force for 123 states, with many more countries in the process of ratification. The Rome Statute defines and lists prosecutable crimes, and furnishes the International Criminal Court (ICC) for the prosecution of individuals, including presidents, governors, generals, soldiers, police chiefs, police officers, and private persons involved in the commission of, among others, crimes against humanity.

On December 31, 2000, President Clinton signed the Rome Statute. However, on May 6, 2002, President George W. Bush informed the U.N. Secretary-General that “The United States does not intend to become a party to the treaty. Accordingly, the United States has no legal obligations arising from its signature on December 31, 2000.” Whether the U.S. could lawfully “unsign” the Rome Statute remains a controversial question. (The U.S. concerns about the Rome Statute are the fears of a defendant who would prefer to erase criminal laws under which the defendant could be convicted.) The U.N. Treaty database continues to list and count the U.S. as a signatory state to the Rome Statute.

Article 7 of the Rome Statute lists four elements necessary for the commission of crimes against humanity. First, these crimes are committed against a civilian population. Second, the crimes range from murder, rape, enslavement, imprisonment, torture, to acts of a similar character causing great physical and mental suffering. Third, the crimes are widespread and systematic. Fourth, there is knowledge of the crimes. The perpetrators of crimes against humanity may be state officials, private groups, or individuals.

The term “inner city” describes the neighborhoods where African Americans live in poverty and degradation. The stereotype of the inner city as a den of crimes continues to paint the picture of a civilian population inclined to law-breaking, drugs, loitering, and other social ills. White America takes no responsibility for the creation and conservation of inner cities through unemployment and social distress.

The second element of crimes against humanity is the commission of crimes against the civilian population. The American culture sets up a motivating milieu of animus that provokes the criminalization of African American individuals, children, and households. Pinned under slavery, segregation, and lynching for hundreds of years, African American men, women, boys, and girls now confront murder, incarceration, torture, police brutality, and degrading treatment. The mental abuse emanating from social bigotry, stereotypes, explicit and implicit hostility against African Americans is widespread.

The widespread and systematic police brutality against African Americans periodically exposed on social media through phone cameras — whether it is the cold-blooded killing of a black child playing with a toy gun, the wrestling down of an African woman by a highway paratrooper, the knee on the neck of a black man supplicating to breathe — shocks humanity, including those who believe that white America has come a long way from the days of lynching.

The vigilantes, white men and white women, invoke their unexamined bias to hound African American men and women engaged in blameless daily activities, such as jogging in the wooded area, selling water bottles on the sidewalk, or birdwatching in the Central Park of New York City. Acting upon the widespread negative views about African Americans, educated and less educated whites have taken on themselves to call the police or use their guns to take care of what they see as black intruders into white space.

In 2012, following the vigilante shooting of Trayvon Martin, an unarmed black teenager in Florida, President Barack Obama captured the dread of African American parents by saying, “if I had a son, he’d look like Trayvon.” The gun that killed Trayvon auctioned at an exorbitant price of $250,000.

The third element of crimes against humanity requires that crimes be widespread and systematic. Isolated murder, imprisonment, torture, and degradation are crimes but not crimes against humanity. African Americans put up with widespread hate crimes in almost all states. The statistics tell a disturbing story of a civilian population of African Americans under severe social persecution and criminality.

The latest available data on hate crimes comes from 2018. The Uniform Crime Reporting (UCR) Program registers that in 2018, there are 5,155 victims of race-motivated crimes against persons. The hate crimes include intimidation, assault, murder, and rape. Hate crimes against property are additional. Nearly 50% of the victims of hate crimes are African Americans. No other racial or ethnic group in America is anywhere near the African American level of race-based victimhood. In 2018, more than 50% of all hate crime offenders were whites.

In 2018, the UCR reported whites as the second-largest victim group of hate crimes (20%), and blacks as the second-largest group of hate crime offenders (24%). It appears that to avenge their systematic and widespread degradation, African Americans retaliate against whites. This retaliation offers a credible inference that African Americans see themselves as a civilian population under siege.

The fourth element of crimes against humanity requires that there is knowledge of the commission of crimes. No labor is needed to establish this element. As indicated above, the UCR Program, in cooperation with the Federal Bureau of Investigation, a federal agency, collects and publishes information on crimes, victims, and offenders every year. Likewise, each state gathers information on hate crimes against African Americans. Police brutality against African Americans is unique, with no parallel against other racial or ethnic groups. The degrading treatment of African Americans in public schools and correctional facilities is well-known. The socio-economic condition of inner cities is woeful. It is crystal clear that African Americans are facing persecution, defined “as the intentional and severe deprivation of fundamental rights contrary to international law by reason of the identity of the group or collectivity.”

George Floyd’s death in Minnesota is not an isolated act of police brutality. Neither is the vigilante murder of Ahmaud Arbery in Georgia. These deaths represent a pattern of crimes against African Americans. They have outraged Americans of all stripes. There are demonstrations across the world — from Canada to England to other nations—to protest against widespread and systematic degradation of African Americans. The domestic and global reaction underscores a simple fact that African Americans are a persecuted community whose human dignity is under widespread and systematic attack. Black Lives Matter is no longer a political slogan of protest. It is a siren call that African Americans are undergoing severe persecution and the accompanying crimes against humanity.

L. Ali Khan is the founder of Legal Scholar Academy and an emeritus professor of law at the Washburn University School of Law in Topeka, Kansas. He has written numerous scholarly articles and commentaries on international law. In addition, he has regularly contributed to JURIST since 2001.