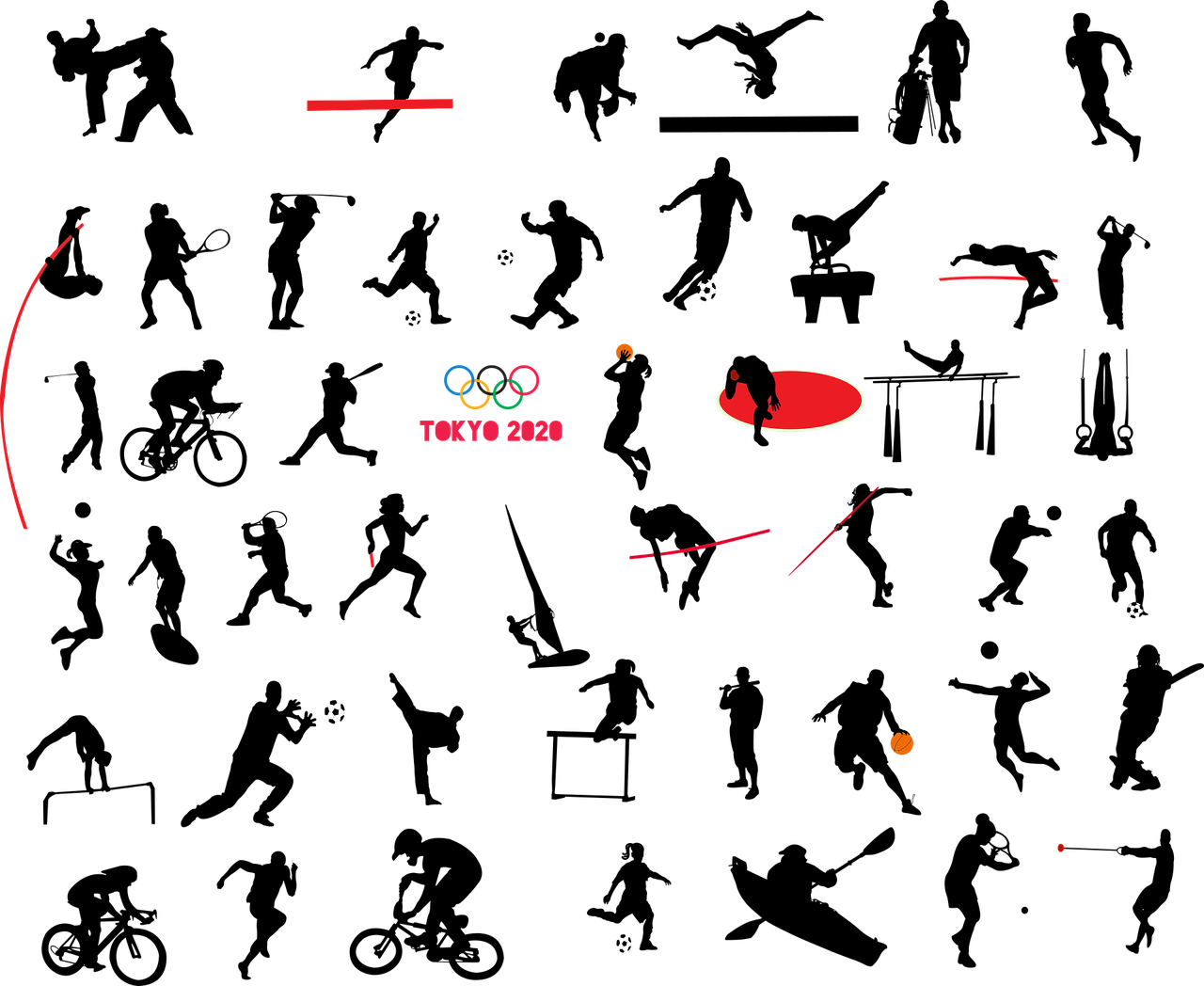 AnnaliseArt / Pixabay
Karthik Subramaniam, a third-year student at NALSAR University of Law, Hyderabad, India, discusses the need for athletes to be allowed freedom of speech while engaged in their sporting careers...

The option to remain apolitical, in the past few decades has been available only for a privileged few. As people around the world are becoming more aware of the rights they possess, and about the injustices prevalent in society, they have started raising their voices. Sportspersons are the few people who are universally adored and respected for their feats on the playing field, and this carries onto their public personas as well. Their words hold special value to the hordes of people who follow them, and this places them on a special pedestal where their opinions on issues matter a lot. “With great power, comes great responsibility”, goes a popular saying and the power that they possess provides them with the ability to bring forward major positive changes in society.

One of the most iconic images from the history of the Olympic Games would be that of American athletes, Tommie Smith and John Carlos during the medal ceremony of the 200-meter finals at the 1968 Mexico City games. Each wore black gloves, raising their fists with heads bowed during the playing of the US National anthem as a silent protest against the racial discrimination that was prevalent in their country. While this image became symbolic of the movement against racism for African-Americans in the US, the duo was largely ostracised and criticized by White America. They returned to their country facing ire and scorn from the people, and their families received death threats for years after the incident.

In 2019, both Tommie Smith and John Carlos were inducted into the US Olympic and Paralympic Hall of Fame for “courageously” standing up for racial equality, as well as for their athletic achievements. While they were vilified by the International Olympics Committee (“IOC”) in 1968, they are now celebrated by The Olympics Museum in ‘The Change-makers’ section with the headline – “When the podium becomes a stage – Denouncing poverty and racism.”

In a society that finally seems to have awoken from a deep slumber; almost denying the existence of social injustices such as racism, the unfortunate death of George Floyd at the hands of policemen in the United States has reignited the movement against racism globally. At times like these, especially with the Tokyo 2020 Olympics having initially been scheduled to begin from July 2020, the debate around whether acts like those of John Carlos and Tommie Smith must be allowed continues.

In January 2020, the IOC Athletes’ Commission released a three-page document that specifically prohibits acts like these from the Tokyo Games.

Sporting events have always attempted to distance themselves from the political sphere (Well, at least in the rulebooks). Rule 50 of the Olympic Charter prohibits all kinds of demonstrations, be it political, racial, or religious from all Olympic sites and venues. The Fédération Internationale de Football Association (“FIFA”) has always attempted to put the notion forward that football should be kept separate from politics. Law 4 of the Laws of the Game clarifies that no equipment or garments of players can show political, religious or personal slogans, statements or images and that any player who doesn’t comply with this would be sanctioned.

The reality, however, has been different. The reaction that sportspeople have faced after making a statement or protest has always varied. While Tommie Smith and John Carlos were denounced publicly, another incident involving Czechoslovakian gymnast Věra Čáslavská was entirely ignored. She turned her head down and away from the Soviet flag when the Soviet anthem played during the medal ceremony, as a political statement against the Soviet invasion of Czechoslovakia. While she did suffer at the hands of the Soviet regime later, the IOC turned a blind eye to this. A stand for human rights in America was seen as intolerable, but opposition to the Soviet regime was accepted, and even praised by most of the western world.

Double standards have always been very common in the sporting world concerning the promotion of political stances and opinions. While trying to maintain its stance as an apolitical organization, the IOC in the 2018 Pyeongchang Winter Games tried its hardest to act as a peacemaker between South Korea and North Korea. For the first time in Olympic history, a joint Ice Hockey team from both the countries were allowed to participate, athletes from both countries were allowed to march under the same flag, and a handshake was staged between the South Korean President and the sister of the North Korean President. On the other hand, the IOC stayed silent when Russia annexed Crimea in the dying moments of the 2014 Sochi Games. There was not a mention of the fact that the ‘Olympic Truce’ was broken; which was supposed to have been upheld till the following Paralympics.

Sporting organizations and associations cherry-pick what they consider to be as contentious and what isn’t according to their preferences. The control of these organizations has unfortunately extended to gagging sportspersons and often depriving them of their freedom of expression.

Sports have never truly remained apolitical, despite attempts by organizations to do so. Even the simple act of playing the national anthem before a game can be considered to be a political decision. Key sporting figures such as George Weah and Imran Khan have even gone onto become the premiers of their respective countries. The potential impact of sporting events in the political sphere has also been identified by sports organizations, and they have used them as well to usher in positive change. The “Say No to Racism” campaign organized by FIFA where anti-racism posters were displayed in stadiums during games, and the various events for breast cancer awareness that sports ranging from cricket to football have supported, show that these organizations understand the power that these events have. It almost becomes hypocritical from the side of the organizing bodies to use these individuals to promote their political agendas, while simultaneously silencing their voices. A few sporting organizations, such as the NFL, while putting massive restrictions on player speech and expression on the sporting field, also mandate that they compulsorily take part in post-match conferences and interviews, with added restrain on what they can say and what they cannot as well. While the importance of player expression is understood, the heavy restraints present make it hard for players to use the platform that they’ve earned to express what they believe in.

Over the past few years, symbolic acts by sporting figures to highlight the injustices that they face, and protests against them have slowly increased. The adversities that many of these figures face are not only present due to the communities that they come from, but also extends to the sporting field where they have a very small say in what they can do, and what they cannot. Sporting arenas are one of the few unique platforms where class, color, sex, gender, and caste intersect. A major driving force behind players’ social protests stems from the imbalance in the dynamics that they operate in. A common phenomenon in both, racially motivated protests, as well as gender equality stances taken by female athletes stem from the excessive control held by white, male owners or organizers. The prohibition on player protests by applying unilateral conditions on players often reflects the long-standing dynamics that have been prevalent in society.

From a financial perspective, the global sports industry is amongst the fastest growing industries, gradually outpacing the GDP of many countries. In 2018, the industry was estimated to be valued at close to 488.5 billion USD, and with an expected compound annual growth rate (“CAGR”) of 5%, the industry has the potential to be valued at over 600 billion by 2022. In an industry that is extremely dependent on players for making money, a certain level of independence must be given to these figures to express themselves on the stage that they have rightfully earned to be a part of.

Organizations such as the IOC and the International Paralympic Committee (IPC) are global NGOs which possess the powers to influence areas of international relations and law. The UN through its charter gives legitimacy to NGOs in their areas of expertise. The recognition these bodies possess has given them the power to exert influence over various sovereign states. They also possess the power to exclude states that do not abide by their rules and can enter into relations with recognized members of the international community. The UN General Assembly granting the IOC international observer status based on its contributions towards the furtherance of the Millennium goals puts it on the same pedestal as the International Committee of the Red Cross (ICRC), the body that largely contributes towards the development of international humanitarian law. The scale that such organizations have reached, to operate almost unilaterally without the support of any sovereign state provides them with a unique, unprecedented power in the global forum. This has led to many leading international scholars ascribing legal personality to such NGOs, which recognizes them as an equal international community member. The language of the Preamble of the UDHR does not define what it considers as an “individual,” implying that it binds both, state actors and non-state actors in the international community. We can, therefore, arrive at the fact that just like sovereign states have the obligation to protect the human rights of individuals within their boundaries, NGOs of this scale have to be held to the same standard as well.

Sports organizations operate at a very strange middle point where they need to balance the apolitical nature that they have always claimed sport to have while ensuring appropriate freedom is granted to players to express themselves. The financial risk that these organizations face is immense if they carry out strong political messages that displease the audience. Simultaneously, they must protect the basic rights of the individuals who make the sport what it is. “Small steps lead to big changes” goes the popular saying, and the steps taken by NFL and US soccer, permitting players to kneel during the national anthem can be seen as a win towards procuring free speech for athletes.

Organizations must strive to find an appropriate operating ground where they allow sports figures to express themselves, especially in matters involving human rights such as racial and gender equality. An appropriate policy must be developed which allows players to enjoy the right to speech on the platform that they have worked hard to become a part of. While purely political messages can be discouraged, matters involving players and their right to express their beliefs on human rights must be allowed without the fear of facing any possible sanctions or repercussions.

Karthik Subramaniam is a third-year student at NALSAR University of Law, Hyderabad, India.