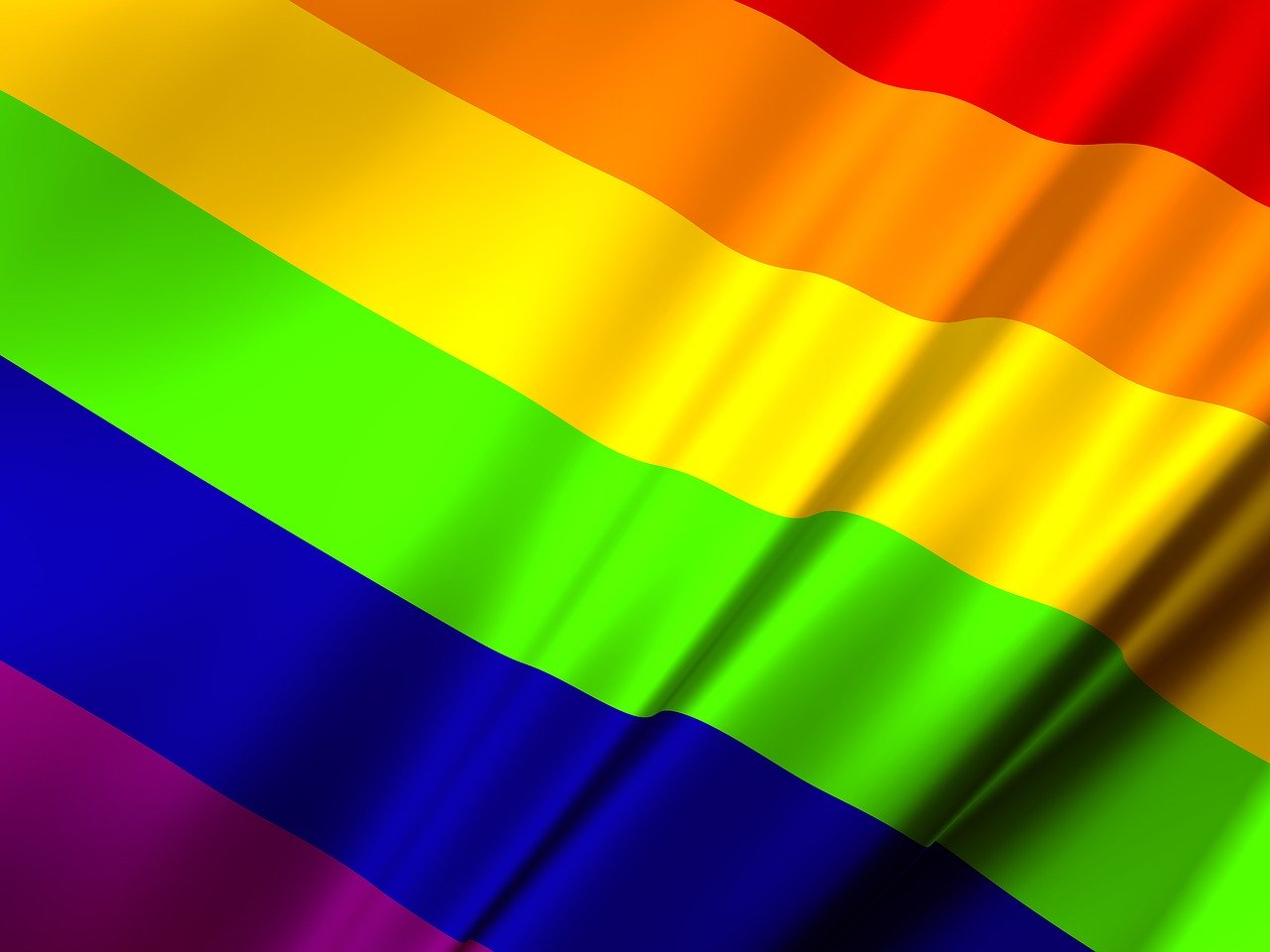 QuinceCreative / Pixabay
Abhishek Gupta and Shubham Gupta, both third-year students at National Law University Odisha, India, discuss how India should move toward the LGBTIQ+ protections the US Supreme Court recently upheld in Bostock...

The recent judgment of the United States discussed the point of non-removal of employees merely on the ground of their transgender and homosexual identity. The courts dynamically increased the parameters of words “discrimination on the basis of sex” in the Civil Rights Act 1964 by including gender identity and sexual orientation under the definition of sex. The court in this matter concluded that employment decisions have nothing to do with a person’s homosexuality and transgender status.

This brings to light the ever-existing issue of discrimination in India. Suspension and termination based on sexual orientation is not new in India. Recently a teacher was fired from a reputed school of Kolkata for being gay. There are a plethora of cases in India where people are sacked because of their sexual orientation on the grounds of “unlawful behavior” and “deviant mischief.” Initially, even the legal framework of India explicitly was biased against the people of the LGBTIQ+ community. It was only after the first Transgender Protection Bill in the year 2016 and the case of Navtej Singh Johar v. Union of India that India recognized the existence of the LGBTIQ+ community and was concerned about their safeguards. At present, even after the changes in the law, the LGBTIQ+ community of India lag behind its western counterparts in the protection of employment and providing them equal pay. There exists a lot of roadblocks and systemic bias against the job seekers of this community. In the times of current pandemic and economic turmoil, it is becoming worse for the community as they are the first targeted people when it comes to dismissal from employment.

India lacks in providing specific safeguards to the people of the community in terms of employment. The Protection of Civil Rights Act 1955 of India is only confined to protection from discrimination based on untouchability (caste-system) and disability. In order to protect the people of this community the broad shield of fundamental rights can be taken into consideration. Article 14 of the Indian Constitution requires equal protection of all citizens before the law. Further, Article 15 prevents the state from discriminating on the ground of sex, religion, race, caste, or place of birth. In the case of Navtej Johar, the Supreme Court of India expanded the boundaries of word sex and included the prohibition of discrimination on the ground of sexual orientation. Moreover, Article 19(1)(a) provides for freedom of speech and expression, the Supreme Court has given wider interpretation to the word “expression” and has included sexual orientation in the same. Lastly, Article 21 which talks about protection of life and personal liberty, over the years has been interpreted in a way that now it includes the Right to Privacy, Right to live with Dignity and Right to Autonomy and hence this article protects the LGBTIQ+ community in various aspects.

On the face, it appears that India has a great shield of frameworks to protect the LGBTIQ+ community. As “every coin has two sides” the other side is that these rights can only be enforced against the state, its instrumentalities, and only against those private entities which are performing state actions. In the era of privatization where most of the employment in the country is provided by the private sector, the country doesn’t have any regulation to protect the LGBTIQ+ community in these entities. Currently, India only has a statue regarding Transgender people; the latest framework is the Transgender Persons (Protection of Rights) Act, 2019 which in its various sections provides certain employment relating safeguards to the Transgender people. Although it is a progressive approach by Indian Legislation to introduce such an act yet it is not a well-framed document and is subject to a lot of criticism.

This bill was expected to bring relief and provision for safety and acceptance of the transgender community in the society but it failed to do so. This bill failed to address existing ground realities. First and foremost Chapter III of the bill talks about the certification of the transgender people that means the people of this community have to get the approval of the government for keeping their identity which in itself is discriminatory. Secondly, Section 3 and 9 of this bill even though established no discrimination policy in the workplace yet there is no imposition of a penalty for non-compliance of the same. This breaches the principle of ‘Ubi jus ibi remedium’ which means where there is a right there is a remedy. The non-imposition of sanctions in case of discrimination makes it a theoretical right and does not help to make the situation better. Thirdly, Section 18 of the act creates a disparity in penalizing the crime of sexual abuse against transgender people. This act only imposes a punishment maximum of two years of imprisonment for sexual abuse against transgender people. On the other hand, a much higher degree of punishment exists for a similar crime against cisgender people. Lastly, this bill failed to provide any reservation to the people of this community even after the direction of the apex court in the National Legal Service Authority (NALSA) v. Union of India.

The Indian judiciary always comes to the rescue of its citizen by giving broad interpretations to the existing regimes and tries to give life to the obsolete legislations. Like in 2010, a case came before the Allahabad High Court in which a college professor of Aligarh Muslim University named Dr. Shrinivas Ramchandra Siras was suspended majorly because of his sexual orientation. The professor was a residential faculty of the university and was living on the campus during his employment. One night he was found to be indulged in sexual intercourse with the male partner in his residential quarter and this incident lead to his suspension on the ground of indulging in “immoral sexual activity in contravention of basic moral ethics.”

The court held that an adult’s sexual preference does not amount to misconduct. The court also noticed that the privacy of the person should be protected and termination or suspension of employment is not applicable until the misconduct of a person has substantial nexus to his employment. Additionally, in the NALSA case, the judiciary played a crucial role and pushed the government to make a transgender protection bill. Even after the repeated requests of the Judiciary, there are still no specific laws or amendments to the existing laws for the protection of LGBTIQ+ community members in the employment sector. Thereby these judgments clarify the stance of the judiciary in India and show that the suspension or termination of service based on sexual preference/orientation is not appropriate and encouraged.

It is high time that India should bring in force specific regulations to protect the people of the LGBTIQ+ community. The legislation should establish various guidelines regarding the formation of policies pertaining to employee onboarding and offboarding. Sanctions should be imposed on the private entities in case of inconsistency in following the clear and explicit non- discrimination guidelines. Authors believe the discrimination emerges out of unfamiliarity and ignorance. The old mindsets can be changed through the sharing of experiences and meaningful interactions; hence the government should ask the entities to have these sessions regularly to ensure the proper behavior of co-workers with people of the LGBTIQ+ community. The government should follow the principles of equity and provide these people with reservations to stabilize the community. The approach of the legislation should be to create an exhaustive document to dilute the possibility of any grey area in terms of safeguards, impositions, and sanctions. Lastly, such changes require continuous follow-up and it cannot be achieved through a single policy, action, or reaction.

The step taken by the USA is a direction that all the countries should follow. The active role played by the Judiciary in the states is commendable. The situation in India is a bit different from the USA and the main cause of this difference is ignorance. In India, the legislative safeguards provided to the people of the LGBTIQ+ community are next to zero. Although the approach of the judiciary in India has been progressive, the limitation of the judiciary to follow the laws makes it helpless most of the time. The judiciary has always given a broad interpretation to the existing frameworks to provide as much safeguard they can to the people of this community. India being a country with the highest unemployment rate makes the situation worse for these people as they are the least preferred people at the time of hiring and the most preferred people when it comes to removal. It is high time that India take initiatives for the most ignored and dejected people of the country by creating specific regulations and by organizing awareness programs among the masses.