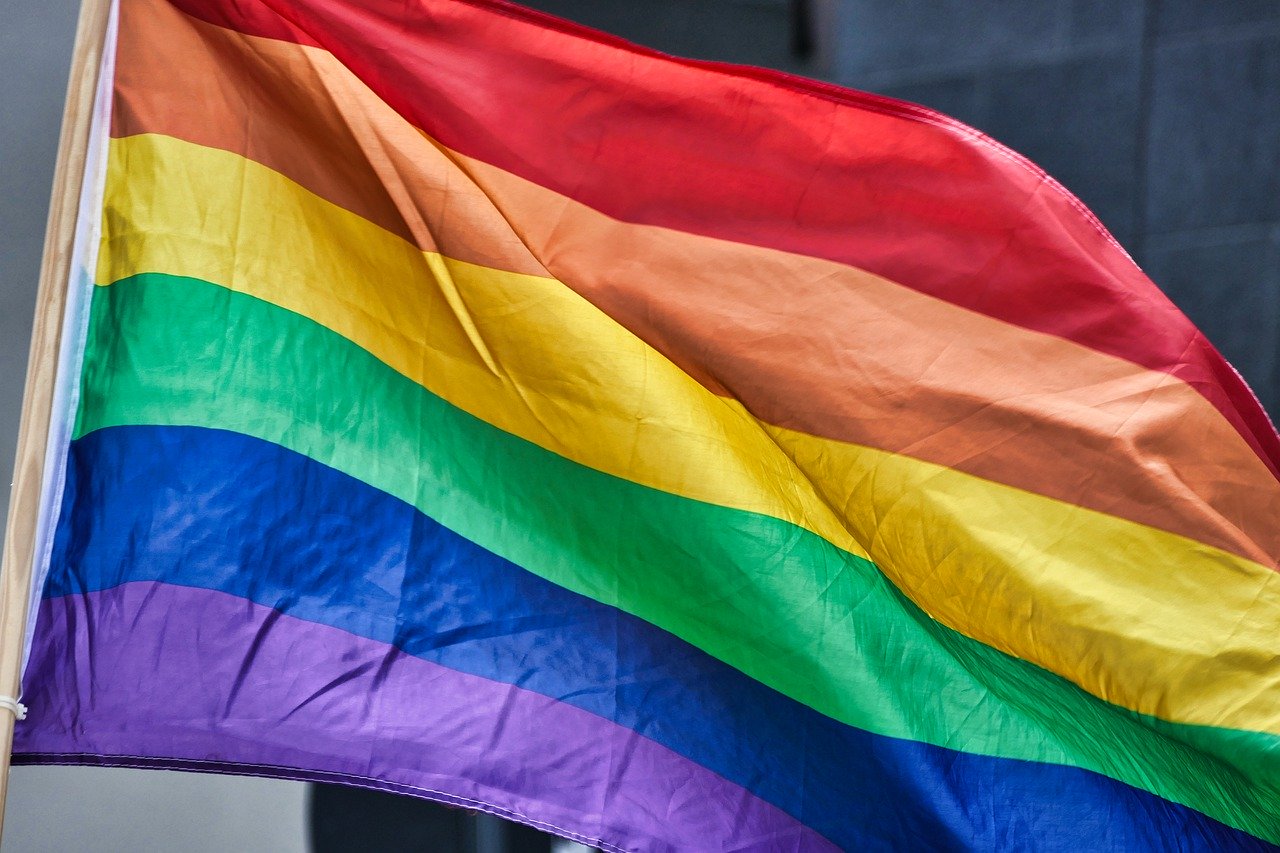 The Supreme Court created quite a stir recently when it held in Bostock v. Clayton Country, Georgia that Title VII, the major federal anti-employment-discrimination law, protected gay and transgender employees on the same basis as heterosexual employees.

Deciding three companion cases involving different employees, the Court filled a major gap in employee protection – most importantly, in the many American states without state-level protection for gay and transgender employees. Bostock also removed the anomaly that, despite the landmark 2015 decision forbidding same-sex-marriage discrimination, a gay person could be “married on Sunday and fired on Monday.”

A Surprising Alignment of Justices? Yes, On Ideology.  But Not on the Law.

What many media reports and pundits found so surprising was that two “conservative” justices appointed by Republican presidents (Chief Justice Roberts and Justice Neil Gorsuch) joined with four “liberals” named to the Court by Democratic presidents  (Justices Ginsburg, Breyer, Sotomayor and Kagan) to create a 6-3 win for gay and transgender rights. Indeed, Justice Gorsuch didn’t just join – he wrote – the majority opinion!

Certainly, from the frame of reference that explains Supreme Court decisions in mainly ideological terms, the alignment looks strange.

The Important Role of Legal-System Factors

Crucial to the outcome of Bostock was that Justice Gorsuch employed a textualist approach to statutory interpretation that seeks the “ordinary public meaning of [a law’s terms] at the time of its enactment.” From this vantage point, Justice Gorsuch and company saw a simple clear directive from Title VII’s language prohibiting adverse employment action “because of sex” (i.e., gender).

On its face, Title VII’s language seemed to forbid exactly what the employers did in the cases before the Court – fire two employees because they were gay and a third because she was transgender. The linguistic match seems especially strong for the fired transgender employee, who was hired as a male and fired when she presented as female; the firing seemed inextricably based on the employee’s gender.

The employers firing the two gay employees had a superficially stronger argument — that the gay employees weren’t fired because of their male gender, but because of their romantic attractions. After all, the employers argued, they would have fired a woman who was attracted to another woman; so the firing didn’t turn on the employee’s gender. That this argument didn’t persuade a majority shows the role played by a different kind of legal, non-ideological factor: case precedents.

In rejecting the employers’ fired-because-of-homosexuality-not-because-of-gender argument, the majority found three past Court precedents expanding Title VII to be quite persuasive.   One likely to be especially persuasive was the opinion written in 1998 for a unanimous Court by Justice Gorsuch’s mentor, Justice Antonin Scalia, in Oncale v. Sundowner Offshore Services, Inc. Justice Scalia wrote that Title VII protected against harassment of a male employee by male co-workers even though that didn’t fit stereotypic male-female harassment paradigms. From Oncale, Justice Gorsuch derived the conclusion that clear statutory provisions must be followed even when they reach “’beyond the principal evil’ legislators may be intended or expected to address.”

Thus, although a fixation on the ideology or presumed partisanship of the justices fails to explain satisfactorily the justice alignment, garden-variety legal tools (statutory text, precedent, and interpretive theory) do.

Beyond providing another high profile example that “it’s not all politics!” when Supreme Court decision making is under discussion, Bostock illustrates four other phenomena about Supreme Court adjudication.

Interpretive Theory is Contentious.  First, Bostock illustrates how, in statutory-construction cases, the interpretive approach can often be a judicial bone of contention. As noted above, Justice Gorsuch claimed to apply a conventional “plain meaning” approach based on the “ordinary public meaning” of Title VII’s words.

But the dissenting justices weren’t impressed. Justices Alito and Thomas claimed that the majority instead was following the illegitimate “theory that courts should ‘update’ old statutes so that they better reflect the current values of society.” Dissenting Justice Kavanaugh criticized the majority for using a wrongheaded “literal meaning” theory dishonoring, rather than consistent with, Justice Scalia’s interpretive guidance.

Statutory Rulings Have Limited Precedential Reach.  Second, Bostock illustrates how statutory rulings – even practically important ones like this one – don’t necessarily export to other contexts, although they may have a brooding “symbolic” impact. Because Bostock turns on particular statutory language and case precedents construing that wording, the decision doesn’t necessarily reveal how a Supreme Court majority would rule on other cases involving LGBTQ rights.

For example, the Friday before the Bostock Court ruled for LGBTQ rights, the Trump Administration finalized a regulation retrenching on such rights in a different context. The Administration rolled back an Obama-era regulation interpreting the Affordable Care Act as protecting transgender persons against healthcare discrimination based on “gender identity.” When the inevitable lawsuit comes, lower-court judges will have to fathom the meaning of different language in a different statute passed in a different legislative context, and with different case precedents. The Supreme Court’s willingness to expansively read Title VII “because of sex” language is not necessarily precedent for a broad reading of the ACA.

But – and, it’s an important qualification – Supreme Court decisions often send signals to lower courts and other officials. So, although the direct precedential value of Bostock outside its Title VII context is limited, a mega-message reinforcing important rights may not be lost on lower-court judges.

Justice Kavanaugh Goes it Alone.  Third, it is interesting that, in writing his own dissent from the majority’s Title VII ruling, Justice Kavanaugh did not join the main dissent written by Justice Alito and joined by Justice Thomas. Not for the first time, Justice Kavanaugh declined to join his colleagues’ harsher, more rhetorically charged dissent. (For example, Justice Alito’s Bostock dissent calls “preposterous” the claim that the majority “is merely enforcing the terms of the statute”; about the majority’s approach, Alito writes, “A more brazen abuse of our authority to interpret statutes is hard to recall.”)

Even more dramatically, Justice Kavanaugh’s separate dissent ends by acknowledging the “extraordinary vision, tenacity, and grit” of “millions of gay and lesbian Americans” in “battling often steep odds in the legislative and judicial arenas, not to mention in their daily lives.”

Thus is illustrated the importance of noticing who writes and joins which opinions, what they say in them, and what that reveals about group dynamics on a multi-member Court.

It’s Ultimately About Judicial Role.  A final lesson from Bostock is that statutory-interpretation cases at base pose first-principles institutional questions about the proper balance between judicial and non-judicial authority. For example, Justice Kavanaugh’s dissent concluded that “[u]nder the Constitution’s separation of powers…it was Congress’ role, not this Court’s to amend Title VII.” Similarly, Justice Alito’s dissent portrayed a majority “not deterred by…constitutional niceties” and “[u]surping the constitutional authority of the other branches.”

By contrast, Justice Gorsuch and his majority colleagues saw themselves as faithfully implementing Congress’ “broad language” opposing discrimination. In claiming to be faithfully fulfilling the congressional mandate, Gorsuch wrote: “Ours is a society of written laws. Judges are not free to overlook plain statutory commands on the strength of nothing more than suppositions about intentions or guesswork about expectations.”

The Bottom Line: Thus, even beyond its large practical importance for gay and transgender employees and their employers, Bostock v. Clayton Country, Georgia provides a high-profile example of the importance of legal factors in influencing Supreme Court rulings and of several key decisional dynamics.