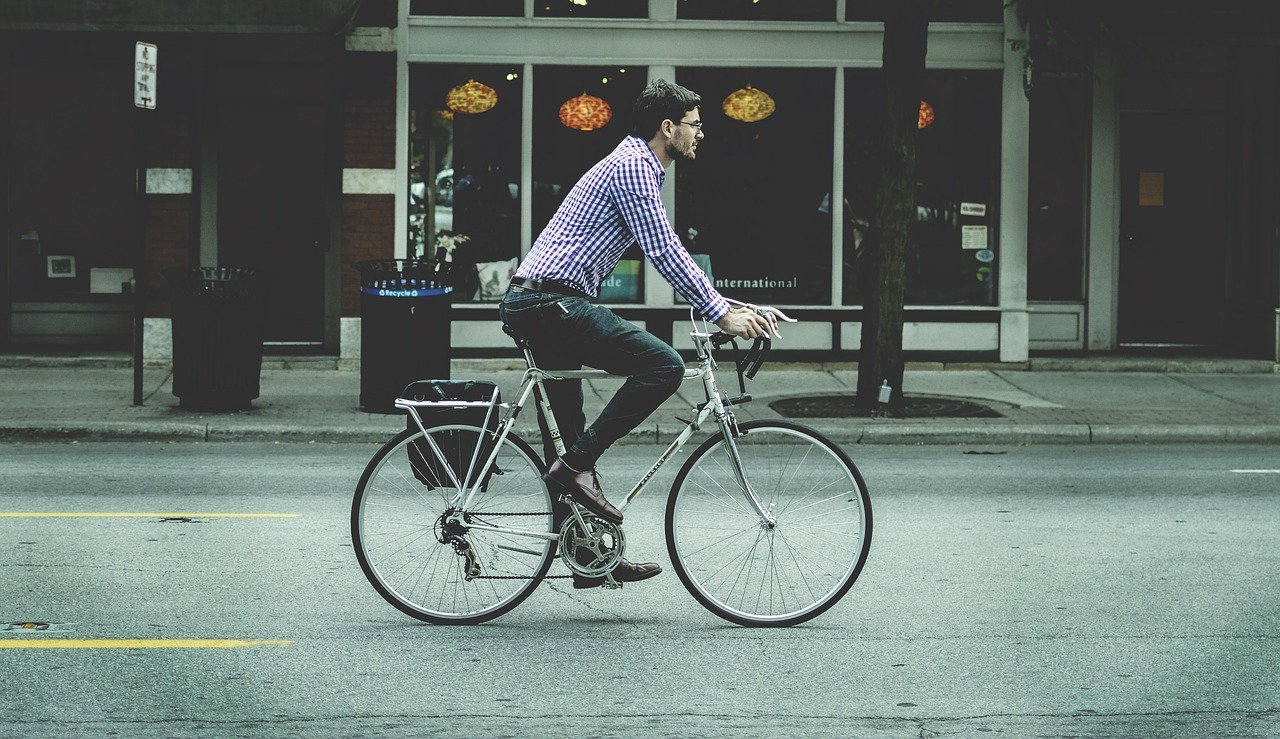 Free-Photos / Pixabay
Chiradeep Basak, an assistant professor of law at the National Law University and Judicial Academy, Assam, India, discusses how India might benefit from a national cycling policy to support urban cycling amid COVID-19...

Amid the COVID-19 crisis, the City of Joy has recently witnessed a spike in bicycle sales, as the commuters are opting for a safer and pocket-friendly alternative to public transport. To accommodate these emerging cyclists, the Chief Minister of West Bengal has urged the traffic police to give them, more access to the urban roads of Kolkata. In India, where we witness the most annual deaths due to road accidents, urban cycling might need an integrated policy-driven reformation in the urban infrastructure which can not only promote climate-friendly cycling but also ensure safety and accessibility for cyclists.

To draw inspiration, we should reflect upon the scenario of The Netherlands. The Dutch cities didn’t switch to cycles overnight but the transition was initiated in the 1970s when escalating death tolls due to traffic accidents were a matter of grave concern which forced them to consider a safer alternative mode of transport. In 1971, more than 3000 deaths were due to traffic accidents. Several action groups came forward to protest against these deaths because 400 of them were children. The movement was known as Stop de Kinderhood (Stop the Child Murder). Thereafter, the Real Dutch Cyclist Union was established to extend space for urban cycling. The list of the petrol price was an additional factor for this transition. From local to national, the demand for a cycle-friendly street soon found its prominence in Dutch urban planning and governance. The Dutch administration (Directorate General of Passenger Transport) adopted a national strategy “Masterplan Fiets” also known as “The Dutch Bicycle Master Plan.” The given strategy aimed for improved accessibility, public health, environment, and safer streets for all Dutch citizens. Although, such a strategy doesn’t work as a standalone project because they correlate with major urban infrastructural plans.

In April 2014, the countries under the European Union in its 4th High-Level meeting on Transport, Health and Environment, adopted The Paris Declaration to promote cycling and develop a Pan European Master Plan for Cycling. This Pan European Program came up with a draft in 2017. The given draft sets out five priority goals, which aims for a health-friendly transport; sustainable mobility with an efficient transport system; reduction of GHGs emissions; promotion of policies and actions conducive to a healthy and safer mode of transport; & integrate transport, health and environmental goals into urban and spatial planning policies. As ambitious these goals are, its application in the Indian environment might appear utopian because our Climatic condition differs from European Climate and in India, the boardwalks or footpaths are not freely accessible or available for pedestrians due to several reasons. Therefore, it will be a challenging but not impossible task for the administration to ensure an integrated plan for urban cycling.

Cycling in the current context is more of a need rather than a choice. The negative effects of motorized modes of transport consume seven to ten times more urban space. If properly adopted with a sound infrastructure, it can be the fastest and efficient mode of transfer for many urban dwellers.

In the metropolitan city of Chennai, the culture of electric cycles has gained pace since last year with the collaboration of SmartBike Mobility Pvt Limited and Mahindra Susten. However, this trend is yet to gain popularity and boost in other metros and capital cities. Due to the hike in fuel prices and COVID-19 social distancing mandate, the bus carriers and operators are also in dismay. The Guwahati Bus Owners’ Association is also considering suspending its services. In such difficult times, the common urban commuters are the ones on the receiving end. This urban poor is the worst affected as they cannot consider any alternative and some in the absence of government’s support might even find it difficult to purchase a bicycle. India has a tradition of cycling with a substantial share of the rural population, still using bicycles as a mode of transport. Nevertheless, with the new norms of social distancing, urban cycling is also gaining popularity out of necessity.

To promote urban cycling, we have to ensure a network-based element of intermodal mobility. This is possible if the states adopt a concerted policy with a tailor-made funding scheme to enable and implement necessary infrastructural up-gradation. If India considers adopting a National Master Plan on Urban Cycling, it has to focus on certain parameters such as per capita number of passenger kilometers cycled in urban areas, number of bicycles per 1000 households, number of cycle sales and even the number of fatalities per kilometer cycled. These parameters were also considered for the Pan European Master Plan. A vision and common strategy for cycling policy should encompass a clear stratagem with effectual harmonization of cycling policies across the horizontal and vertical governmental authorities. A National Policy on Urban Cycling is only possible if we have a new fiscal and legislative framework by the Central Government aiming towards the condition of Urban Poor. This policy should be adopted with capable coordination and aggregation of several stakeholders in all sectors such as transport, environment, finance, health, urban development, etc.

From the angle of the fiscal framework, co-funding in the cycling infrastructure will be a viable option because unless we have a significant and continuous financial budget for cycling measures, it will be difficult to promote and effectively implement urban cycling.

Cycling will also have a positive impact on our Climate System. In 2008, the Central Government adopted 8 Missions under the aegis of the National Action Plan on Climate Change. These Missions aimed to promote new and renewable sources of energy. If we can align the Cycling policy with our Climate Action Plan, we can also aspire to attain our Nationally Determined Contribution to the Paris Agreement because urban cycling will ensure a reduction in our emissions from automobiles. India may consider strengthening its need for climate finance under the aegis of the Paris Agreement for adopting the National Urban Cycling Plan/Policy/Mission as an Adaptation measure. This can be one of the funding bases for the initiative.

However, one of the major setbacks than we may encounter revolves around the plausibility of its operation due to the hot and humid climatic condition of India. In contention, we need to expand the ambit of Union Government’s Green Highways (Plantation, Transportation, Beautification & Maintenance) Policy 2015 which aims to reduce the impact of air pollution and dust by planting trees and shrubs along the National Highways.

In furtherance to a National Policy on Cycling, the prescribed authorities will have a clear mandate and the policy may be implemented in a phase-wise manner which shall range from preparatory stage to a monitoring review and verification stage.

The preparatory stage shall include an analysis of present cycling and entire urban mobility status and broad description of needs as well as benefits out of a National Policy on Cycling. A common vision may be articulated with a short term and long term quantifiable targets. The next stage should aim for the development of the policy by the enunciation of responsibilities and duties of all stakeholders, assessment of relevant tools for its operation. Thereafter, the Adoption Phase should be based on a concrete plan of implementation committed with a monitoring procedure and finally, the Implementation phase with all the requisite fiscal, legal, and technical components enabling the Policy. Many of the European countries have adopted strategies in a phased wise manner. Germany came up with Nationaler Radverkehrsplan 2002-2012; the Czech Republic adopted its National Cycling Development Strategy 2013-2020 with several goals and related actions and even Hungary has developed a National Cycling Programme in 2014.

The re-emergence of Urban Cycling due to COVID-19 is a blessing in disguise and India should consider adopting a National Urban Cycling Policy coupled with an enabling infrastructural framework because it will not only address the crisis of limited public transport for its massive population but also mitigate the escalation of anthropogenic greenhouse gases, which is responsible for air pollution and degradation of human health.

Chiradeep Basak is an assistant professor of law at the National Law University and Judicial Academy, Assam, India. He teaches and pursues research in the area of environmental law.