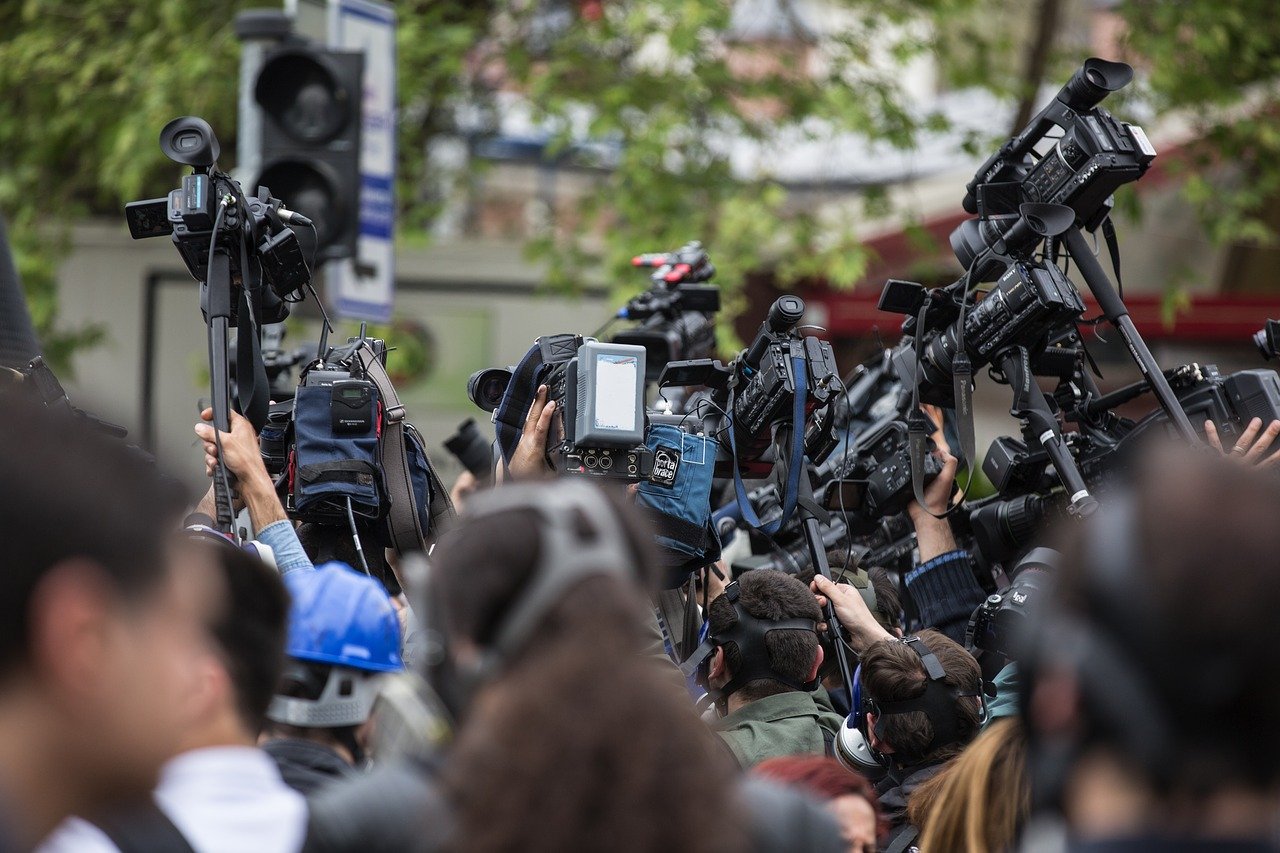 The plight of Indian journalists is not in hiding anymore as it has been ranked 142 on the World Press Freedom Index 2020. The government has time and again introduced new laws to curb freedom and violate the rights of the citizens.

The Unlawful Activities (Prevention) Act 1967 (UAPA) was developed as an anti-terrorism law to prevent such unlawful activities association and maintain the sovereignty and integrity of India. Throughout the years it has been amended for effective application and to serve the primary intent of the act.

The UAPA has been amended on multiple occasions to incorporate the changing techniques of terrorism, from shifting the burden of proof to making extra-territorial arrests. The most recent amendment that came was the Unlawful Activities (Prevention) Amendment Act, 2019 (UAPA, 2019) which dealt with expanding the definition of “terrorist” to include individuals under Section 35 and 36 of Chapter VI of the Act. It allows the DG of NIA seizure of property from proceeds of terrorism under Section 25 and the powers of officers with the rank of inspectors and above to investigate cases under UAPA Section 43. A Review Committee to ‘denotify’ the individual notified as a terrorist is also constituted by the Central Government thus removing all the chances of any institutional mechanism for judicial review.

The primary objections to the Amendment are under Section 35, in addition to the categorization of organizations as terrorist organizations, extended the power to include within its scope the categorization of individuals as terrorists as well. Secondly, the new Amendment is contrary to the principle of ‘innocent until proven guilty’ and also violates the International Covenant on Civil and Political Rights, 1967which recognizes the mentioned principle as a universal human right. Thirdly, it is being used to repress rather than combat terrorism since the amendment provides that designation of an individual as a terrorist would not lead to any conviction or penalties. Fourthly, no objective criterion has been laid for categorization, and the government has been provided with “unfettered powers” to declare an individual as a terrorist.

A Public Interest Litigation (PIL) was filed by Sajal Awasthi against UAPA, 2019 in the Supreme Court to declare it unconstitutional as it violates basic fundamental rights. He said it indirectly curtailed the right to dissent and was against Articles 14 (right to equality),19 (right to freedom of speech and expression) and 21 (right to life) of the Indian Constitution. Furthermore, it does not provide any opportunity to the individual termed as a terrorist to justify his case before the arrest. The petitioner also said that

“Right to Reputation is an intrinsic part of [a] fundamental right to life with dignity under Article 21 of the Constitution of India and terming/tagging an individual as ‘terrorist’ even before the commencement of trial or any application of judicial mind over it, does not adhere to procedure established by law.”

Another petition filed by the Association for Protection of Civil Rights (APCR) contended that the new Section 35 allows the Centre to designate an individual as a terrorist and add his identity in Schedule 4 of the Act while earlier only organizations could be notified as terrorist organizations. The amendment does not specify the grounds of terming an individual as a terrorist and that “conferring of such a discretionary, unfettered and unbound powers upon the Central government is antithesis to Article 14.”

Another instance of the usage of the draconian UAPA was seen when the Delhi Police booked Umar Khalid (Jawaharlal Nehru University (JNU) student leader) and Meeran Haider and Safoora Zargar (2 other students of Jamia Millia Islamia (JMI) University) under UAPA. The students from JMI were arrested for allegedly hatching a conspiracy to incite communal violence over the CAA which the police said was a “premeditated conspiracy.”

The Amnesty International Executive Director responded to the news that the Jammu and Kashmir police invoked UAPA against journalist Masrat Zahra under Section 13 for ‘uploading anti-national posts on Facebook with criminal intentions to induce the youth and glorifying anti-national activities’ and Peerzada Ashiq for stories on ‘diversion of COVID testing kits’ said that it “signals the authorities’ attempt to curb the right to freedom of expression.” This intimidation against journalists endangers the attempt to address the COVID-19 pandemic. The police validated the cases brought against the journalists saying that Masrat Zahra’s post could ‘provoke public to disturb law and order’ and Peerzada Ashiq’s story ‘could cause fear or alarm in the minds of public’. He also said that UAPA has been used to “target journalists and human rights defenders who criticize government policies.”

The Jammu and Kashmir police had also invoked Section 13 of UAPA against people who were accessing social media through VPN’s to dodge the longest ever internet ban imposed by the government when it scrapped Article 370 of the constitution to divide the state into two centrally administered UT’s. The government said that it was done “to curb the misuse of the sites by miscreants for propagating false information/rumors.” However, there should be a real threat to the security of India if a person is to be charged under such provision and any utterance on social media should not be treated as one “which causes or is intended to cause disaffection against India.”

UAPA being a piece of ‘security legislation’ allows the government to arrest the citizens that might commit crimes mentioned under it. It is problematic legislation for various reasons.

Firstly, it does not allow dissent. It criminalizes mere thoughts and political protests that cause “disaffection” with the state. It is an assault of citizens’ right to expression which is also a collective right of groups and unions to disseminate their views and UAPA majorly targets this right. Secondly, it can simply be used to bypass fundamental rights and procedures. For instance, those arrested under UAPA can be incarcerated up to 180 days without a charge sheet being filed. It thus directly violates Article 21 of the constitution. Thirdly, it confers upon the government broad discretionary powers and also authorizes the creation of “special courts with the ability to use secret witnesses and to hold closed-door hearings.”

It is being used to suppress dissent through intimidation and harassment thus threatening the very existence of public debate and freedom of press and criminalizing the performance of civil liberties.

UAPA empowers the parliament to restrict the rights and freedoms of citizens to protect ‘the sovereignty and integrity of India’. The Government contended that the amendment was brought because it is the individuals who commit the terrorist acts and having power only to designate organizations as terrorist organizations would be of no use because those individuals could continue their activities under a different name. But the issue still remains whether the parliament under any circumstance can classify the individual as terrorist only because it believes him to be involved in terrorism without any trial or whatsoever. The RSS itself in 1992 had been declared unlawful under UAPA but individual members were not arrested on solely being a part of the organization. Vajpayee in his speech in 1993 apprehended that “the Government would declare all the opposition as unlawful.” The government, however, keeps asserting that they bear no malice and only seek to keep the country united against existential threats. Hence, it is clear that this law can be used as a tool against the opposition and attacks the very importance of speech in a democracy in the name of security.

The government has time and again used draconian laws such as sedition and criminal defamation laws to silence dissent. These laws are vaguely worded and overly broad and have been used as political tools against critics showing a movement towards “thought-crimes.” The legislature in realizing the purpose of this Act has eroded human rights. The Amendment also violates the mandate of Universal Declaration of Human Rights and the International Covenant on Civil and Political Rights. The above arguments have pointed out how the amendment puts fundamental rights of its citizens in peril and threatens the mere existence of opposition. Under the guise of such laws, the government has booked journalists doing their jobs and citizens fighting for their rights and justice.

When such horrendous legislation violates and takes away the rights of citizens, it becomes the duty of the Supreme Court to step in and restore faith in democracy. This Amendment reflects the intention with which laws were made under the colonial regime in order to curb several freedom movements under the veil of ensuring public order. The Act mainly criminalizes acts on the basis of ‘ideology’ and ‘association’. Thus, it can be seen that the above are the signs of moving from democracy to autocracy.

Deepali Bhandari is pursuing B.A.LL.B (Hons.) at NALSAR University of Law, Hyderabad, India. She has a keen interest in constitutional law and public policy.

Deeksha Pokhriyal is pursuing B.A.LL.B (Hons.) at NALSAR University of Law, Hyderabad, India. Her area of interest lies in the field of constitutional law and human rights law.