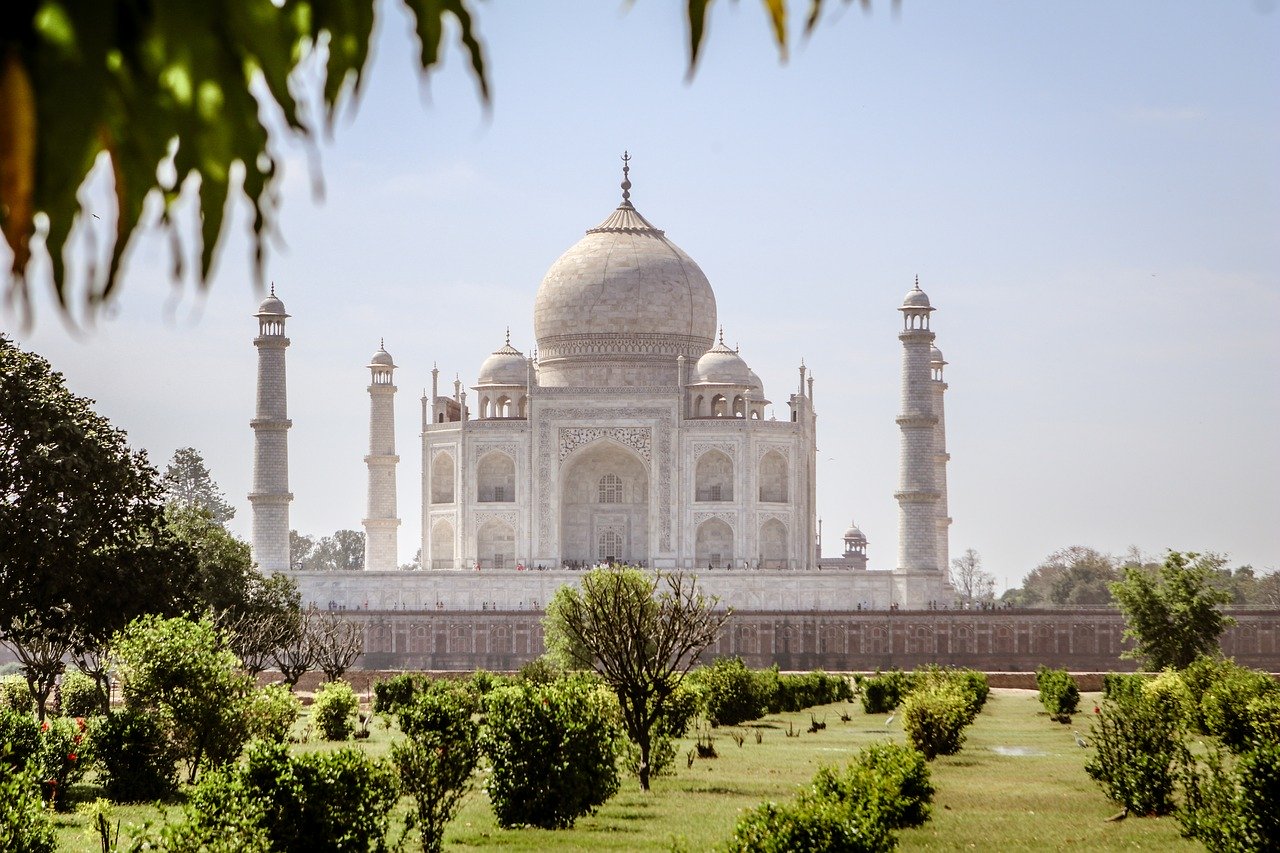 In his famous novel, The Plague, Albert Camus discussed the idea of plague as being akin to a despotic rule under which everyone, starting from the warden to the humblest delinquent, was under a life sentence. This insight is true for any pandemic including COVID–19 because the infection spreading microbe infects both rich and poor people alike.

However, the literature on the motif of plagues and pandemics expounds one naked truth: that a pandemic thrives on human inequities and it is inextricable from the society, economy, knowledge, and politics of human existence. During any infection outbreak such as COVID–19, it is the poorer and weaker fractions of a society that remain disproportionately affected and ultimately bear an additional burden of early death.

In India, Prime Minister Narendra Modi declared a complete lockdown for 21 days on March 24th as an extraordinary measure to contain the spread of coronavirus. This measure suddenly brought our informal sector to a screeching halt, putting all our informal workers in the midst of a medical and economic crisis. The government was not able to handle the economic fallout for the poor. The position of the poor in the government’s post-lockdown crisis management strategy is best described in the words of Prakash Bhanu Mehta that, “in the entire framing of the problem, the poor have been at best an afterthought, at worst expendable damage.”

While declaring the lockdown, the government forgot about its Economic Survey 2018-19, which estimated the total size of India’s informal workforce as 93%. Neither did it recall the Niti Aayog’s report “Strategy for New India @ 75” which determined the size of the Indian informal workforce at 85%.

The statistics regarding inter-state labor migration are equally staggering. In 2016, the government published new data on the flows of migrants in the Economic Survey of India 2016-2017. The Survey highlighted a significant upward trend in the inter-state migrations from the previous estimates taken in 2001. Between 2001 and 2011, the average interstate migrations were around 4.5%, with “work/business” being the primary reason for migration. The 2016–2017 survey found that an average of nine million people migrated between states every year either for better employment or education opportunities. The poorer states of Bihar, Uttar Pradesh, and Madhya Pradesh witnessed the highest net out-migration rates and states like Delhi, Tamil Nadu, Gujarat, and Maharashtra remained popular migration destinations.

Despite this sheer amount of data on the informal economy and migrations, the government was somehow unable to predict the mass exodus of migrants that would ensue after it declared a complete lockdown. Chinmay Tumbe, author of “Understanding how India Migrates,” has argued that while big cities are a source of economic security for the migrants, migrants experience social security in their native villages/towns. This is because the families of most of the migrants reside in the villages that provide them with support. They also have access to other public security measures such as the public distribution of food in their villages.

Preferably, the government should have anticipated that after it unilaterally declared a complete lockdown (first phase), millions of informal workers would suddenly lose every way of earning their livelihoods and would be rendered penniless. This would inevitably trigger a mass exodus among the poor informal sector workers, forcing almost one-third of the 1.3 billion people who are living a hand-to-mouth existence, to gather on the streets and trek back home with their belongings. The state also took two days to announce a paltry sum of Rs. 1.7 lakh crores as economic relief to the informal workers who have been turned refugees overnight. This is only 0.5% of the national income if existing budgetary allocations are taken into account.

This is an insidious form of assault on the well-being and physical and mental security of the poor population of India, especially so when they are already outside the social security net because they do not fall within the organized sector.

All this begs an important question – Is India really on track to achieve its commitments under the Sustainable Development Goals? This inquiry becomes crucial because, for a long time, India has maintained that it has “comprehensively covered the social, economic and environmental dimensions of development and has focused on ending poverty in all its forms and dimensions.” PM Narendra Modi’s avowed agenda of inclusivity, “Sabka Saath Sabka Vikas” which closely translates to “togetherness of all, development of all” has featured prominently in his addresses to world leaders in different international conferences and summits.

During the World Sustainable Development Summit 2018, Narendra Modi reminded the international community that India was mindful of its deprived areas and was working to uplift them economically and socially on par with other communities. In his statement to the world dignitaries at the UN Summit for the Adoption of Post-2015 Development Agenda, Modi categorically declared that:

By adopting the 2030 Agenda for Sustainable Development, India committed itself to achieving all the SDGs by 2030. But even before that, it pledged to ensure that no one will be left behind and India will endeavor to reach the furthest behind first.

This principle of “Leaving No One Behind” (LNOB) is rooted in a human rights-based approach to development and is central to the action required to achieve the SDGs. If any state is not able to achieve this principle, the entire set of global goals themselves, and their vision for a shared future would not be achieved.

According to the UN Development Programme (UNDP), two groups of people are most likely to be locked out of global progress, namely those facing “Absolute Deprivation” and those suffering from “Relative Disadvantage.” “Absolute Deprivation” has been defined as “multidimensional poverty or [living] below other minimally accepted standards of security, income, public services, infrastructure or well-being.” Unlike traditional poverty which only considers economic indicators such as income, Multidimensional Poverty calculates poverty across a range of indicators such as healthcare, education and living standards to inform decision making. It also considers the myriad ways in which people experience poverty. In India, most of the poor migrants working in the informal sector are absolutely deprived. They are the most susceptible to multidimensional poverty.

These figures show that India’s efforts towards SDGs are concrete and delivering results. However, we are not winning the battle against poverty. In fact. we have barely scratched the surface. There are still 373 million Indians who are surviving in acute deprivation with an additional 8.8% of the population living in severe multidimensional poverty. Further, 19.3% are still vulnerable to multidimensional poverty. This clearly shows that India is far from achieving its pledge of “Leave No One Behind.” Thus India cannot now achieve the 17 SDG goals and their respective targets. Eradicating poverty in all its forms and dimensions is an indispensable requirement for sustainable development and this requires India to take “bold and transformative steps.”

India is unlikely to achieve LNOB unless poverty eradication and inclusive development sit at the apex of its national efforts. Mere courage and collaboration between our regular citizenry – the medical professionals, researchers and scientists — is insufficient by itself to combat a pandemic such as COVID-19. It is equally important that our governments take quick and robust decisions and implement effective policies. But this requires “overcoming the resistance of entrenched institutions and mindsets” which is an enormous challenge in itself.

The COVID-19 outbreak is yet another demonstration of how the Indian poor are systematically excluded from the government’s policy-making. A case in point is the government’s failure to account for the 40 million poor and homeless children before declaring the lockdown. Sanjay Gupta, director of a Delhi-based NGO working for street children and child laborers, has argued that millions of homeless children who live unnoticed under flyovers, in narrow lanes and by-lanes are the worst affected due to the lockdown. These children now remain hungry for two or three days at a stretch waiting for authorities to show up and distribute some food.

There is also the recent case of Jamalo Madhkam, a 12 year old child who lost her life while walking back to her village in Chhattisgarh. After the government declared a lockdown, all the work ceased in Telangana chili farms, forcing Jamalo Madhkam and other migrants to walk back home. Jamalo Madhkam could not complete the journey and lost her life after walking for three days and covering around 100 Km. The cause of her death has been reported as electrolyte imbalance and exhaustion. However, the real cause seems to be the government’s anemic policies in which welfare of the poor is at the bottom of its agenda. No doubt, extending the lockdown was necessary, but so was making transportation and other arrangements for the poor, and especially children like Jamalo.

The COVID–19 episode in India has proved that, to date, the voices of the poor are unheard in the decision-making and policies that affect them the most. Further, data and evidence regarding them are least likely to be considered by the government when framing policies.

There is a widespread belief in India that SDGs have been a part and parcel of India’s longstanding tradition and heritage. This could remind us of Mahatma Gandhi’s social thought which he left behind months before his assassination,

“Recall the face of the poorest and the weakest man whom you may have seen, and ask yourself, if the step you contemplate is going to be of any use to him. Will he gain anything by it? Will it restore him to a control over his own life and destiny? In other words, will it lead to swaraj [freedom] for the hungry and spiritually starving millions?”

Armin Rosencranz is a professor of law at Jindal Global Law School in Sonipat, Haryana, India.