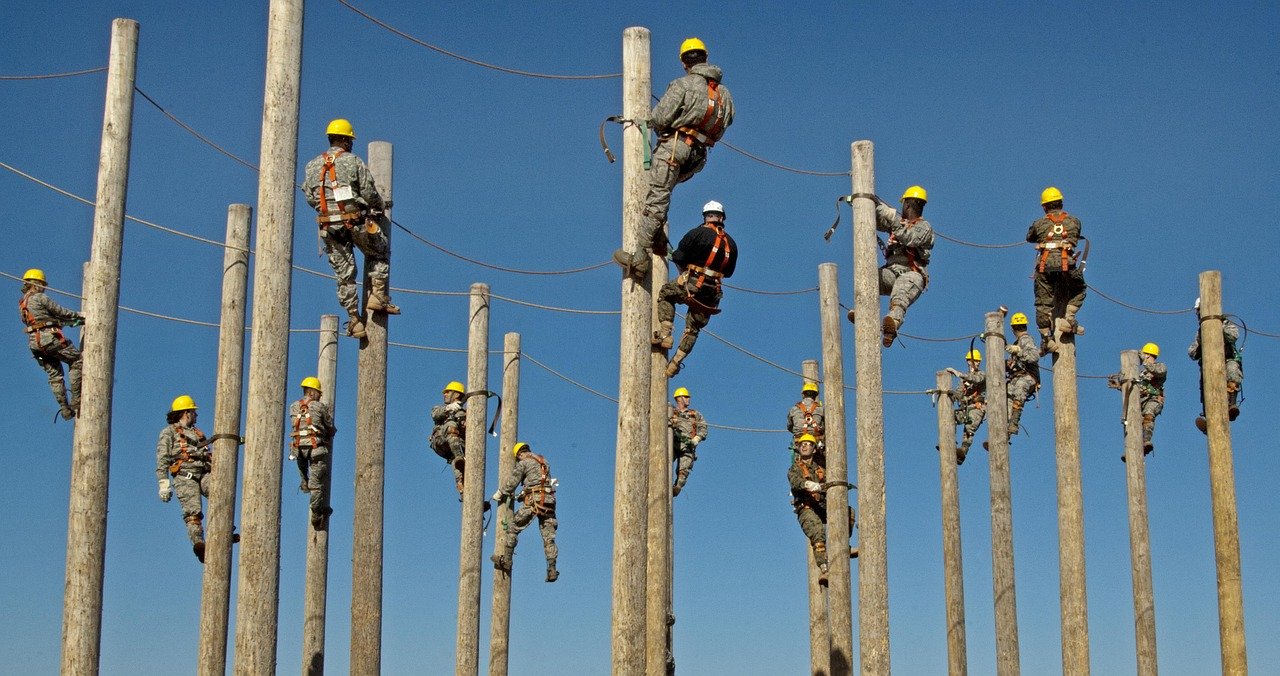 In the wake of the global pandemic and the nation-wide lockdown, a heavy constraint has been put on individuals as well as the economy. To minimize the impact of the pandemic on the general public as well as business establishments and ensure minimum disruption in the supply chain, many amendments, advisories and announcements have been introduced which would ideally subsist during the containment period, but could have long-term implications. Understanding the ramifications of these developments is essential for the smooth operation of enterprises. One such amendment was the suspension of 35 out of the 38 labor laws for a period of three years by the State of Uttar Pradesh which approved the Uttar Pradesh Temporary Exemption from Certain Labour Laws Ordinance, 2020. This move was followed by other states as well like Madhya Pradesh, Gujarat and Odisha, among others, though to a smaller extent.

Reports suggest that with the exceptions of the Workmen Compensation Act, 1923, the Bonded Labour System (Abolition) Act, 1976 and the Building and Other Construction Workers Act, 1996, all other labor related laws have been suspended by the aforesaid ordinance. However, Section 5 of the Payment of Wages Act, which relates to the timely payment of wages, will also continue to be in force.

Though the Ordinance has been approved by the UP Government, it has not received Presidential Assent yet, which is required as per Article 213 of the Indian Constitution. The rationale that has been put forward for such actions is to encourage investment and employment. The idea behind the suspension and dilution is that in the present circumstances, there is a requirement for a certain amount of flexibility for business and industry to cater to the needs of providing employment to the workers who have migrated back to the state and to protect the existing employment of workers.

The Ramifications of the Move

While the reforms are well-intended and aimed towards the promotion of investment and industries, the unintended consequences of such a move which can be reasonably foreseen are grave. The governments while defending the move have claimed that the workers will continue to be protected, however, this move reminds us of a Machiavelli quote “Never let a good crisis go to waste.”

This is a step in the opposite direction when contrasted with the various other countries’ response trying to minimize the lay-off by providing wage subsidies and the UN’s call to minimize the impact of the pandemic on workers.

Labor laws can be broadly sorted into four categories based on the objectives that they regulate: conditions of work, wages, social security and industrial relations. The sudden suspension of labor laws would leave the labor force at the mercy of employers on various fronts. Establishments are required to be compliant by providing minimum wages and basic safety standards under some legislation. If an establishment employs more than a certain number of workers, it would require prior approval for closure. There are other statutory requirements such as notice, retrenchment compensation and dues to be paid such as gratuity. There would be a number of employers who would take advantage of the situation and get rid of the employees without the hassle of complying with the formalities. Further, to make matters worse, the suspension itself means that trade unions cannot raise a dispute under the Industrial Disputes Act, 1947, thereby leaving the hapless workers without a grievance redressal mechanism.

The Constitutional Validity of the Actions

The Constitution of India confers innumerable rights for protecting and safeguarding the interests of labor under Part III as well as Part IV pertaining to Fundamental Rights and Directive Principles of State Policy (DPSP), respectively.

The freedom of citizens to form associations and unions which is enshrined under Article 19(1)(c) has been curbed by the aforesaid action. It is pertinent to note that association pre-supposes organisation and includes the right to form trade unions within its purview as held in Kulkarni v. State of Bombay. When all labor laws are suspended, including the Trade Unions Act, 1926, this fundamental right is also affected. Moreover, such trade unions voice and represent other employees in case of any dispute before the authorities, which is, in fact, essential in any collective bargaining structure. The very reason for the existence of a trade union is to balance the bargaining power against the employer. Even if it is argued that suspension would be valid under Article 19(4) which provides for various reasonable restrictions which can be imposed on the grounds of public order or morality or the sovereignty and integrity of India, there is a need to strike a balance between the rights and the restrictions so as to maintain the balance of bargaining power.

The Right to Life and Its Various Facets

The scope of the right to life conferred by Article 21 has been expanded to be far and wide-reaching with the case of Maneka Gandhi v. Union of India. It is a pandora’s box with its various facets and interpretations. The right to life does not imply a mere animal existence but a right to live with dignity, as held in the case of Francis Coralie v. Union Territory of Delhi. Moreover, this right also holds within its ambit the right to livelihood, as reiterated in the case of Olga Tellis v. Bombay Municipal Corporation. In furtherance of the aforesaid action, social security statutes like the Minimum Wages Act, 1948, Factories Act, 1948 and even the Industrial Disputes Act, 1947 have been suspended. This leads to a violation of the right to live a dignified life as well as the right to livelihood of laborers and employees as they do not have a guarantee of a fixed minimum income, and the protection against retrenchment or layoffs anymore. The employers are also no more obligated to provide basic standards of safety and care, as enshrined in the Factories Act, 1948 for them.

Ironically, even the grievance redressal mechanism for them, as provided in the Industrial Disputes Act, 1947, is also not available due to the suspension of the laws despite the Supreme Court of India recognizing the right of access to justice as a fundamental right in the case of Anita Kushwaha v. Pushap Sadan (2016).

Right of Protection from Exploitation

In Sanjit Roy v. State of Rajasthan, it has been held that the payment of wages lower than the minimum wage to a person employed on famine relief work violates Article 23. Whenever any labor or service is taken by the State from any person, who is affected by drought and scarcity conditions, the State cannot pay him less wage than the minimum wage on the grounds that it is given to them to help meet the famine situations. The State cannot take advantage of their helplessness. Parallels can be drawn from this case in the current situation also. The suspension of the Minimum Wages Act would lead to an exploitative situation by the private as well as public sector employers. This would lead the workers to a situation of forced labor that the Constitution specifically seeks to avoid.

Part IV of the Indian Constitution deals with the aspect of Directive Principles of State Policy (DPSP), which are non-justiciable in nature. They are ideals which must be kept in mind while the State seeks to formulate policies or enact laws. The basis for many pieces of labor welfare legislation, including social security laws is found in the DPSPs.

Article 38 seeks to promote the welfare of the people by securing social, economic and political justice and minimizing inequalities in income, status and opportunities. Article 39 seeks to secure to the citizens, inter alia the right to adequate means of livelihood for all citizens, equitable distribution of material resources of the community for the common good and prevention of the concentration of wealth and means of production. Article 41 states that in cases of unemployment and disablement, the state shall secure to its citizens the right to work. As per Article 43, the states are required to secure a living wage, a decent standard of living and social and cultural opportunities for all workers. Article 51 bestows a duty to foster respect for international treaties and obligations.

Through the suspension of labor laws, the welfare of the employees is not promoted, rather they are deprived of the means to secure social and economic justice. This would indeed increase the inequalities in the income of employees. Moreover, the means of livelihood of the employees can be disrupted in accordance with the whims and fancies of the employer with no legal recourse available to them. In the case of Daily Rated Casual Labour v. Union of India, it was held that “job security” is an essential ingredient of the right to work and must be read in the light of the socio-economic philosophy of the right. By suspending labor laws, there would also be an absence of security of employment and living wage, along with a decent standard of living.

Moreover, the aforesaid suspension would also be against the international obligations of India drawn by the ratification of various international labor conventions. Therefore, the instant suspension and dilution would lead to a violation of the DPSPs as well, that ought to be protected by the State.

Labor Reform is Needed, But Not at the Expense of the Labor Force

The objective to increase investment and employment by relaxing the labor laws is optimistic of the government. India had already been experiencing an economic slowdown which was essentially a problem of demand in the economy. The relaxation of labor laws is a reform towards the increase of supply and would intensify the demand problem due to the unavailability of disposable income among a large class of people, i.e., the labor force.

The Central Government agrees that major reforms in the field of labor laws are required due to the presence of multifarious legislation dealing with different aspects of labor law. The Central Government sought to consolidate the existing laws into labor codes, which could be said to be a step in the right direction to ease compliance with the laws. The complete suspension of the laws to attract investment and reduce the compliance burden is patently illegal from a Constitutional perspective.

Even the situation of a global pandemic due to COVID-19 does not justify the deliberate neglect of the labor force. It is particularly in these times that the State must take steps in order to protect their interests. Paradoxically, the response of other countries such as the UK, Canada, etc. has been positive to support the employees and the employers in the time of crisis. This suspension could lead to a wanton “hire and fire” policy by employers.