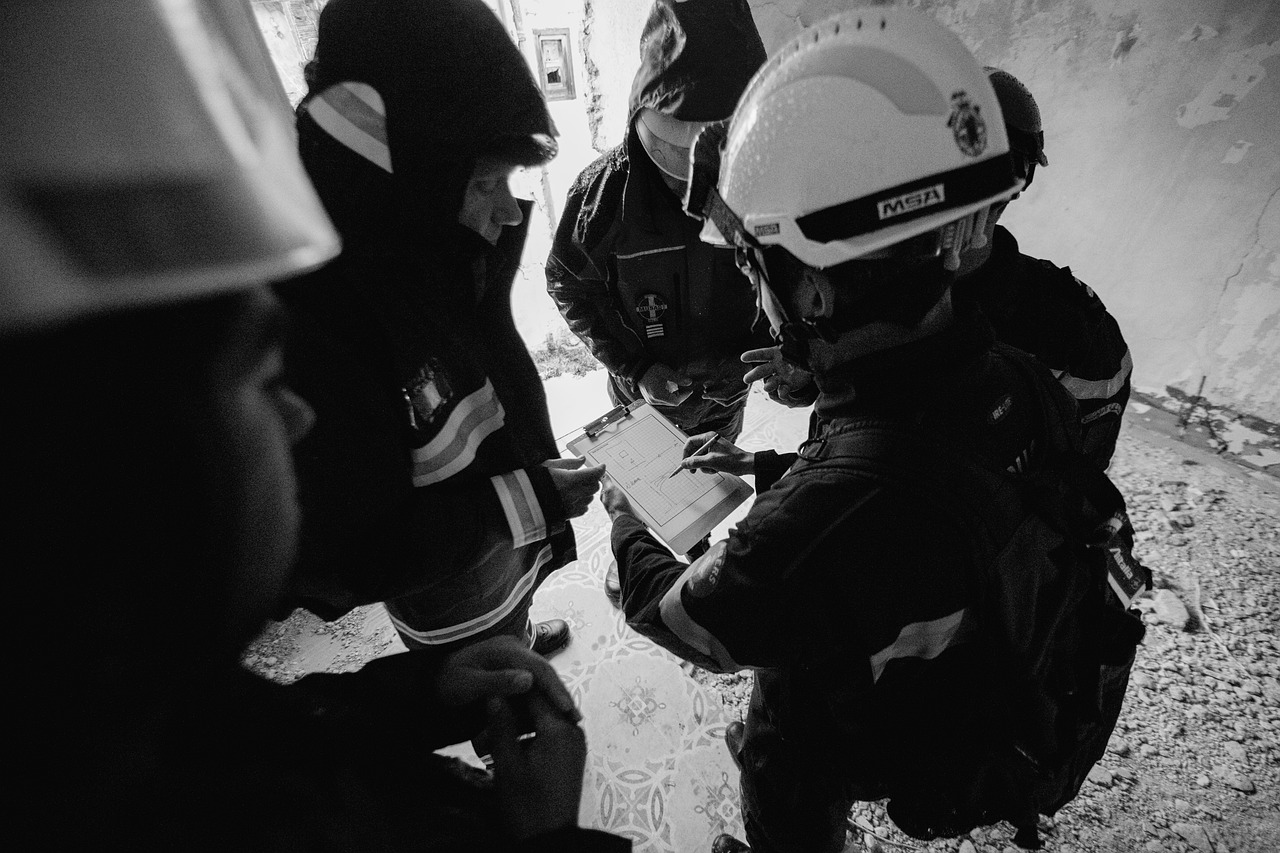 As the entire world is groped by the life threatening Coronavirus, our Prime Minister launched the PM CARES Fund through a thread of tweets on March 28, 2020 to gather public contributions to fight against the pandemic. Within the first 15 minutes of the launch of the fund, it began receiving huge donations. Within 25 minutes, Bollywood actor Akshay Kumar pledged a sum of 25 crore to the fund. The launch of this fund was surprising to a lot of people because of the existence of a very similar fund called PMNRF.

Shortly after its announcement a lot of people including opposition party leaders, journalists, legal professional etc pointed out the redundancy of creating this fund. But the government seemed to be unmoved by this criticism and didn’t provide any concrete answers as to the purpose of this fund. Even if this fund is a duplication of PMNRF (which it does appear to be), it is also a needless replica of a faulty model.

The PMNRF or the Prime Minister National Relief Fund was established in 1948 by then Prime Minister Jawaharlal Nehru. It was established with the initial objective to gather public contributions for providing assistance to the displaced people of Pakistan. After that, it has been used for providing relief to the victims of natural disaster, riots and war and also to defray medical expenses etc. It receives no budgetary support and is funded completely by public contribution. It has been recognized as a ‘trust’ under the Income Tax Act, 1961 and contribution to the fund has been granted exemption from Income Tax under section 10 and 139 of the act. It is also exempt from the Foreign Contribution Act, 2010.

Many questions and issues have been raised regarding the legality and constitutionality of the PMNRF and the creation of PM CARES on the same lines with slight changes. The new fund appear to raise the same issues again with an additional question of the need of duplication.

The replication of PMNRF seems to indicate that there is no purpose for the creation of this other than presenting the people with some ‘showpiece’ measure and telling the public that the government is taking huge measures to fight the pandemic while it is actually not.

Private vs. Public Nature of the Funds

In Aseem Takyar v. Prime Minister National Relief Fund (2016), an appeal was filed before the Delhi High Court contending that PMNRF being a ‘public authority’ must come under the jurisdiction of the Right to Information Act, 2005. The plea was accepted and an appeal was made. In the appeal, the fund contended that

“It finds its genesis in a personal appeal made through a press note dated 24.01.1948 by the then Prime Minister, Pt. Jawaharlal Nehru. This, according to the Fund, was a personal appeal/request/decision and not an order/decision made by the Government of India. The Fund further contended that this appeal/request/decision was not a decision of the Central Government and was thus not made in the name of the Hon’ble Governor General of India, the head of Central Executive, as was then required for decisions of Central Government.”

Due to the split in the division bench, a decision was not reached as to the status of the PMNRF.

But even if the stance of government is that PMNRF is ‘private’ in nature, the access to information still cannot be denied because Section 19 of the Indian Trusts Act, 1882 says “A trustee is bound (a) to keep clear and accurate accounts of the trust-property, and (b), at all reasonable times, at the request of the beneficiary, to furnish him with full and accurate information as to the amount and state of the trust-property.” Hence, the citizens of India being the beneficiary of these funds, can ask for information related to the fund.

As envisaged by Nehru, the PMNRF was managed by a managing committee which also comprised a member from India’s private business sector and the president of Congress party till 1985, but after that year when Rajiv Gandhi became the Prime Minister, he authorized the managing power entirely to the PMO. The PM, from then on, has the power to appoint a secretary of the funds on his sole discretion. The determination of who can be a beneficiary of the fund is also on the sole discretion of the PM. Although, the highly controversial position given to the president of congress was removed, the PMO was given the sole discretion, thereby, affecting the accountability.

Plus, the fund should also be covered by the provisions of article 151 (1) of the constitution and be audited by the Comptroller and Auditor General of India instead of third party auditing which will ensure more transparency and accountability.

Contributions to both these funds are eligible for 100% tax exemption under Section 80 G of the Income Tax Act, 1961. But in order to be registered as a ‘public charitable trust’ under 80 G to obtain exemption benefits a due process has to be followed. This process involves obtaining a valid certificate by the trust. For getting this certificate, the trust has to submit its application and 10 G form along with the trust deed to the Income Tax Office. The section also lists several conditions to follow for procurement of certificate, one of them is that “The public charitable trust has to be registered under relevant laws and with the income tax department.” Hence, the fund also needs to be registered under The Registration Act, 1908. It is very important to know whether due process has been followed because otherwise the fund lacks a legal backing.

Creation of both these funds also has an incoherence with article 266, 283 and 284 of the constitution. Article 266 (2) states that “all other money (other than consolidated and contingency fund of India) received by or on behalf of the government shall be entitled to the Public Account of India.” And article 283 (1) states that:

“The custody of the Consolidated Fund of India and the Contingency Fund of India, the payment of moneys into such Funds, the withdrawal of moneys therefrom, the custody of public moneys other than those credited to such Funds received by or on behalf of the Government of India, their payment into the public account of India and the withdrawal of moneys from such account and all other matters connected with or ancillary to matters aforesaid shall be regulated by law made by Parliament, and, until provision in that behalf is so made, shall be regulated by rules made by the President.”

Hence, parliamentary oversight is necessary in this matter to ensure that the provisions of constitution are not getting violated or the President, for the time being, needs to come up with a proper set of rules to be followed regarding these funds.

A PIL in this regard was filed by advocate ML Sharma. In the case Manohar Lal Sharma V. Narendra Damodas Modi & ors. (2020), the petitioner contended that the government should rescind the PM CARES Fund on the ground that it is not constitutional as it has not been enacted under article 266 or 267 of the constitution or passed by the parliament or approved by the President. The bench headed by SA Bobde dismissed the plea calling it a “misconceived petition”.

The unused amount of ₹3800 crore lying in the PMNRF has also attracted a lot of questions. The government hasn’t provided an answer as to why it created a separate fund when such a big amount is there in a fund was created for the same purpose. In 2018-19, the PMNRF made an investment of ₹1301 crore in the State Development Loans (SDL) and invested ₹250 crore as FDs in IDFC Bank. These facts indicate that for the past few years government has been earning by way of investing the fund’s money. This raises the question that the creation of the new fund can be due to the fact that PMNRF’s money had become an investment-vehicle.

The Say of the Opposition: Could Have Been a Step Forward?

Incorporating the say of the opposition leader in the fund by making her/him a part of the managing committee could have been another step forward towards ensuring better accountability of the fund. The PM CARES Fund is comprised of the Prime Minister, Defense Minister, Home Minister and Finance Minister as its members. Although, the PM has the power to nominate three persons to the fund from different fields, inclusion of the opposition could have helped dilute the concentration of power in hands of government. Opposition has always played a very strong role in democracy by questioning the government and highlighting flaws to the public. Opposition leaders are member of various parliamentary committees. They also have a say in the appointment of heads of various departments and hence, inclusion of the opposition could have been one of those concrete reasons that could have justified formation of a new fund by providing more transparency and accountability.

After analysing both the funds, it can be said that neither of them is perfect. But this does not reduce the redundancy of creating the PM CARES Fund because it is in no way modelled to be better than the PMNRF. It lacks constitutional explanation and the government has still not addressed the concerns raised. This situation is alarming as the fund is receiving huge donations and has already become a target of fraud. People have lost their money because of fraudulent activities like creation of similar name funds, similar websites etc. Even one of BJP Maharashtra prominent leaders tweeted the fake id – pmcaresfund.in instead of pmindia.gov.in. An honest mistake or a deliberate fraud. Anyway, the government has to take constructive steps to deal with the concerns rising up by first addressing the immediate problems of such fraudulent activities. According to a survey, there has been a sudden jump in Covid-19 cybercrimes. Therefore, the government has to increase the awareness for the same. And then address all the legal concerns associated because they are not any less important. Better frameworks for transparency need to be worked out and legality of the fund needs to be specified.

This fund is receiving huge amounts of donations for the cause, so it is only good to hope for the time being that this Fund is not merely a publicity meatball in the name of Prime Minister, but it actually ‘cares’ for the country.