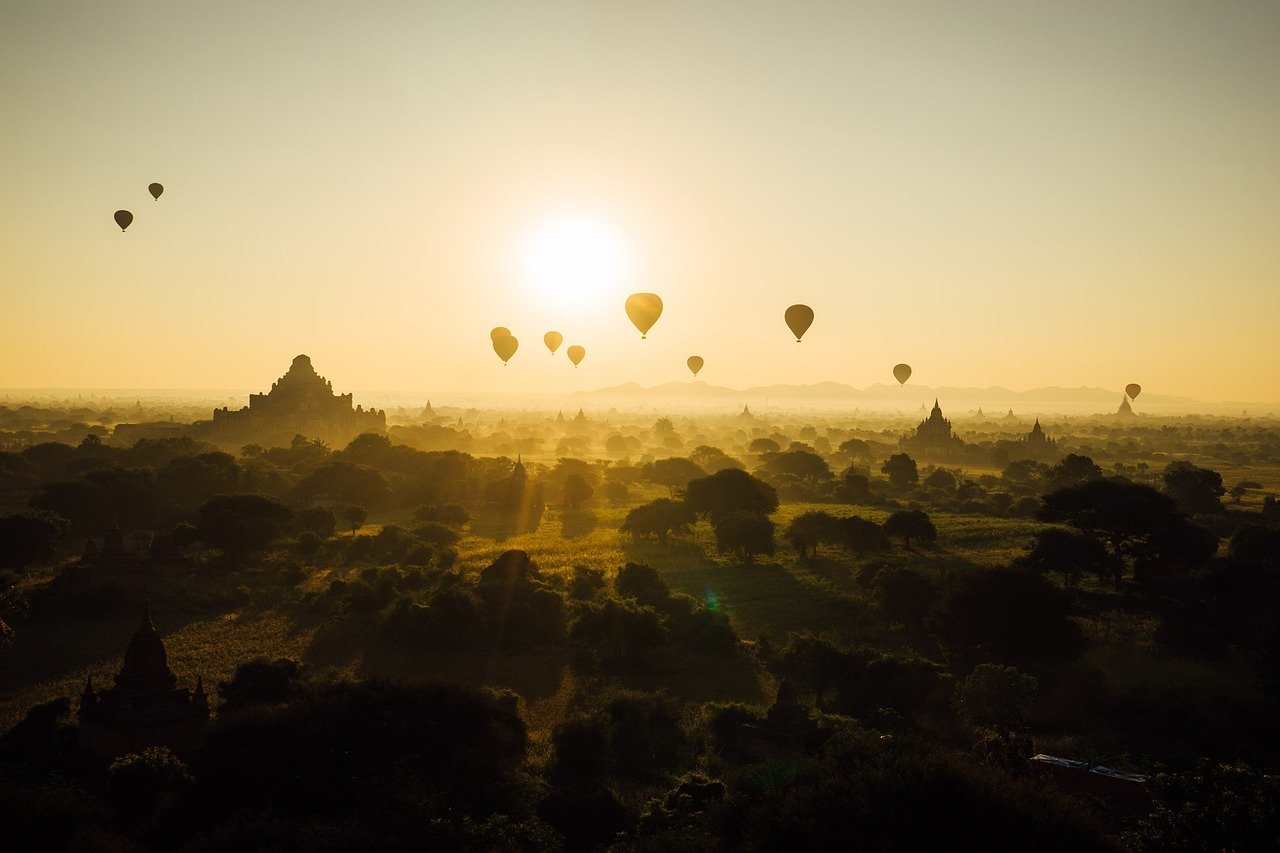 On November 11, 2019 The Gambia submitted an application against Myanmar at the International Court of Justice (ICJ) alleging that Myanmar had violated its obligations under the 1948 Convention on the Prevention and Punishment of the Crime of Genocide (Genocide Convention). The representation made by The Gambia as a ‘proxy’ and on behalf of the 57 other members of the Organization of Islamic Cooperation, via the litigation mechanism provided for in the Genocide Convention, is a rather unique circumstance. It is the first time a non-injured third party has sought to enforce obligations erga omnes partes by utilizing this mechanism under the Convention. While the final judgement on the merits might take years to arrive, The Gambia in order to protect the Rohingyas requested the court to indicate provisional measures. The order on provisional measures was passed on January 23, 2020.

This order certainly marks an important moment in the fight for the rights of the Rohingyas. However, there are fears in the international community that Myanmar will not give weight to the order for provisional measures. Moreover, the means for enforcement of these orders remain modest. This article explains – firstly, what provisional measures are, what they do and how they have been used in the past. An analogy between the supervisory mechanism under Article 78 of the Court’s Rules, and the jurisprudence of “Continuing Mandamus” at the municipal level will be drawn. Secondly, in the background of the report due from Myanmar soon, it analyses whether Myanmar is likely to comply with the Court’s judgement, and whether there exist any means to ensure compliance.

Provisional Measures of protection are the international equivalent of interim injunctions or temporary restraining orders against a country. The Court, under Article 41 of its Statute, has been granted the powers to “indicate” provisional measures, if the circumstances so require, to preserve the respective rights of either party. These measures are provisional in character and should neither amount to an interim judgement, nor prejudice the decision on merits. Prior to indicating provisional measures, the Court needs to be satisfied (Paras 86, 118 and 129 respectively) that (i) it exercises prima facie jurisdiction, (ii) the measures are required to preserve the rights of the parties which are the subject of judicial proceedings, from irreparable harm and (iii) there exists urgent necessity to prevent irreparable prejudice to such rights. Expeditiousness for such urgent requests has been institutionally embedded, through Article 74(1) of the Rules of the Court, which provides that a request for provisional measures shall take priority over all other cases. The binding effect of these interim measures was confirmed by the Court in its LaGrand Judgement (Para 104) of 2001.

In the period between 1946 and 2011, provisional measures were requested in 31 cases before the court, of which they were granted in 16 cases, rejected in 14 others, and the request was withdrawn in 1 case. The Court pursuant to Articles 75(1) and (2) of the Rules of the Court, has the power to indicate provisional measures proprio motu, including measures other than those requested by one or more of the parties, if necessary. The formulation of these orders have usually aimed at preventing aggravation or extension of the dispute, as in the Anglo-Iranian Oil Company Case (1951), the Fisheries Jurisdiction Case (1972), the Nuclear Test Case (1973), and the Genocide Convention Case (1993).

In its order of January 23, 2020, the ICJ determined that (i) it has prima facie jurisdiction under Article IX of the Genocide Convention to deal with the case, (ii) The Gambia does have prima facie standing to submit before the Court, (iii) there exists a link between the rights claimed and some of the provisional measures requested, and (iv) there is a real and imminent risk of irreparable prejudice to the rights invoked by The Gambia. Accordingly, the court indicated four of the six provisional measures requested by The Gambia, ordering Myanmar to (i) duly comply with its obligations under the Genocide Convention, (ii) prevent the commission of genocidal acts by either its military, or irregular armed units or organizations under its control, direction or influence, (iii) prevent the destruction and ensure the preservation of evidence of wrongdoing under the Genocide Convention, and notably, invoking Article 78 of its Rules (iv) submit a report within four months, on the measures undertaken to give effect to the order, and thereafter every six months until a final decision is rendered.

The ICJ, under Article 78 of the Rules of the Court has the power to request information from the parties on any matter concerned with the implementation of the provisional measures it has indicated. The Court has kept issues covered by its order under continuous review in the Nicaragua Case, and has even ordered parties to inform the Court as to their compliance with the indicated provisional measures in Georgia v. Russia. This power appears to relate to the court’s proprio motu powers to adapt interim measures as per changing circumstances. Both continuous review and requesting information enable the Court to supervise compliance with its provisional measures. This supervisory mechanism appears to be similar to the remedial jurisprudence of “Continuing Mandamus” at the domestic level. This is an adjudication mechanism, which enables the domestic court to “ensure and supervise” the implementation of its orders, by monitoring compliance through status reports by relevant executive bodies. The difference however, lies in consequences of non-compliance.

While the international community has celebrated this order as a landmark in the protection of the human rights of Rohingyas, it seems to be neglecting the forthcoming difficulties which may arise in compliance with this order. Until the submission of the status report due on May 23, 2020, the question of compliance with the provisional measures by Myanmar remains a mystery. These doubts are in no small part fueled by the dismal history of compliance by states with provisional measures ordered by the ICJ. Serbia and Uganda serve as the primary bad examples, where states failed to comply with the provisional measures as ordered by the ICJ, and faced limited consequences. Further, the stance of the ICJ on non-compliance acts as a lack of incentive to comply with the measures. The ICJ has not yet taken proprio motu action on non-compliance, and relies on the other state party to raise such claims for additional measures. Arguably, non-compliance can also be referred to the United Nations Security Council (UNSC). However, action is notoriously dependent on the realpolitik of its permanent members and internal deadlocks within the council. As in the present case, Myanmar’s long term ally, China, alongside Russia has previously threatened the UNSC with a veto against any resolution referring to the Rohingyas brought up there.

Additionally, the international community seems to have forgotten the on-the-ground realities of Myanmar. For years, the country has been under military dominance, with several ethnic military groups engaging in internal armed conflict across the seven regions of the country. The presence of Aung San Suu Kyi, Myanmar’s State Counselor, at the ICJ appeared to recognize the legitimacy of the ICJ in the eyes of the Myanmar government. Nonetheless, Suu Kyi has herself denounced the pressure by the international court on Myanmar, and has pressed the need for time for Myanmar to deliver justice by its own military justice system. Further, the Minister for Security and Border Affairs of the Rakhine State was reported as stating that the Central Government has not issued any separate orders to take action on the ICJ’s order, and the order on preservation of evidence is “totally unnecessary.” Members of the ruling National League for Democracy have taken a similar position, and stated that the ICJ’s ruling favors the biased report of the U.N.’s Independent International Fact-Finding Mission (FFM) on Myanmar (which found signs of genocidal intent, and provided critical evidence of grave violations of international law), while ignoring evidence presented by the Myanmar Government. Human rights workers and attorneys, while demanding pro-active measures, have also expressed reservations as to Myanmar’s action on the orders. Therefore, expecting compliance with ICJ’s ruling may be in utter disregard of the on-the-ground situation in Myanmar.

Interestingly, the Independent Commission of Enquiry (ICOE) ordered by Myanmar delivered its report shortly before the order on provisional measures. It stated that while crimes against humanity have been committed, there is no evidence of any genocidal intent in the attacks in the Rakhine State against the Rohingyas. In a press release soon after the order, the Myanmar government has highlighted the findings of the ICOE and has blamed “human rights actors” for presenting a distorted image of the situation in Rakhine. At no point in the press release does the government indicate its willingness to comply with the order. It merely states that it has taken note of the order. Although the political leadership of Myanmar has reaffirmed that it does not need to change anything as it has not committed genocide, military strikes against Rohingyas have continued even after ICJ’s order. These incidents do not inspire confidence that Myanmar will effectively comply with the interim measures. Moreover, considering the extremely high threshold for proving genocide set in the Bosnian and Croatian Genocide Cases, it is unlikely that the Court will be able to find sufficient evidence of genocidal intent by Myanmar, when the case reaches the merits stage.

Regardless of the success of the legal challenge, an indication of provisional measures by an international public judicial forum such as the ICJ, can exert a potentially calming effect on international disputes. By reminding states of their human rights and humanitarian law obligations, the court renders constructive contribution to the maintenance of international peace, security and rule of law, albeit within its limited judicial role. Accordingly, although it appears unlikely that Myanmar will comply substantively with the Court’s order, the lives of Rohingyas may improve immeasurably, and the perpetrators of wrongdoings could face individual criminal accountability.