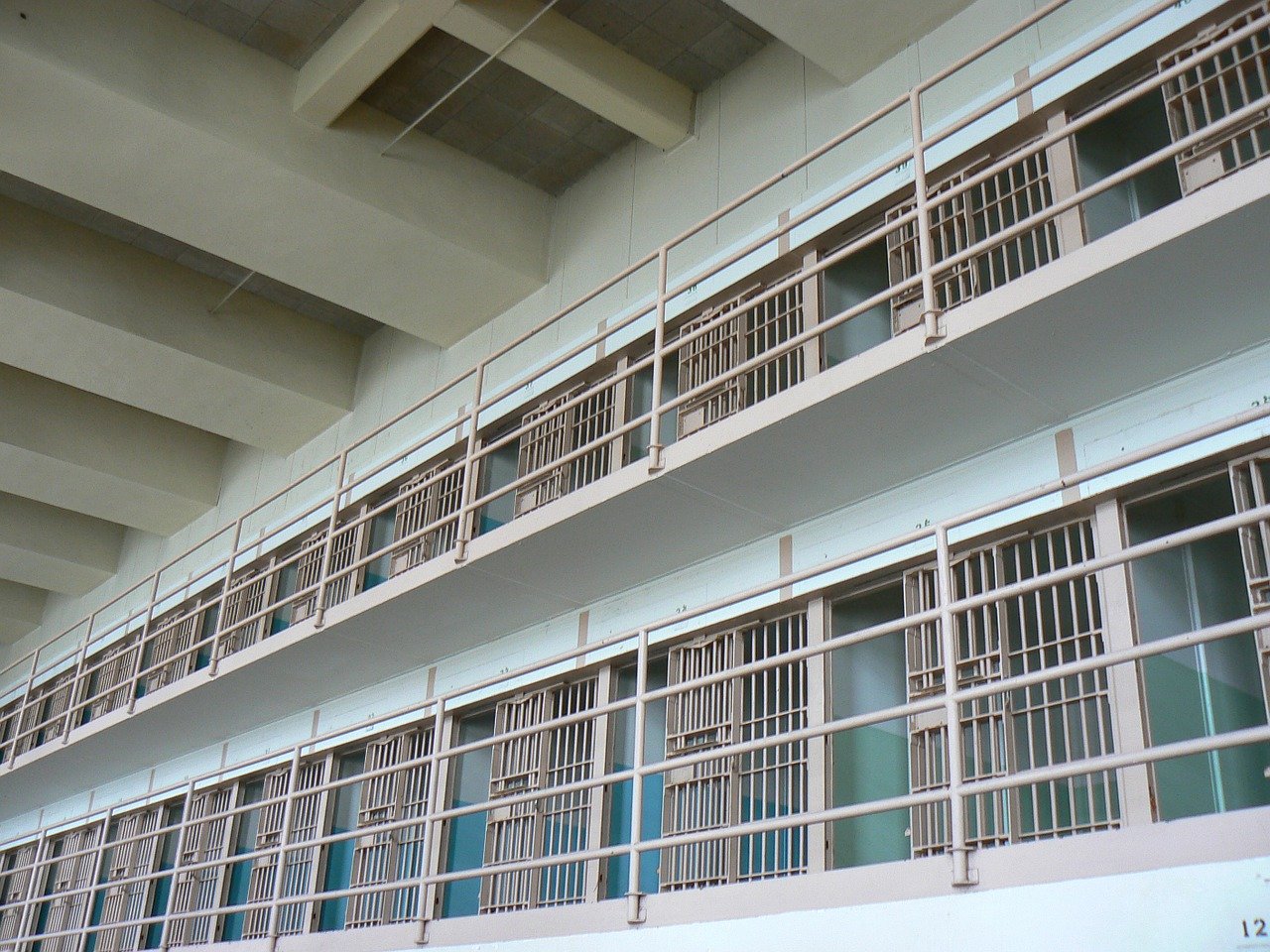 tadah / Pixabay
JURIST Guest Columnist Ken W. Good, a Member of the Board of Directors of Professional Bondsmen of Texas, provides a guide for states examining temporary or permanent bail reform while under the threat of COVID-19. . . .

The cult horror film classic, Zombieland, begins two months after a virus turns people into zombies that overrun the US. The lead character learns how to stay alive by living by a code of rules he has created to survive the Zombie Apocalypse. The rules are practical. For example, Rule No. 1 stresses the importance of cardio because sometimes you have to outrun your zombie attacker, while Rule No. 3 urges extra care while visiting a restroom because it involves a closed room with only one route of escape.

Both entertaining and chilling, Zombieland offers a look into a world plunged into chaos and examines how various individuals respond when everything they know has been taken away.

Currently, the global COVID-19 crisis has us living through our own real-life apocalyptic nightmare. Because of its rapid spread, and deadly and highly-contagious nature, many feel that their normal way of life is a thing of the past, never to return. While the coronavirus has not produced zombies, it has certainly created turmoil in many different parts of society.

One of these areas concerns how to handle the population in Texas county jails, a situation that is confronting multiple jurisdictions throughout the US. With Texas having the second-largest prison population in the country, the Dallas Morning News recently asked, “What should we do about the jail during a pandemic?”

During the swine flu outbreak in 2009 many Texas jails went on lockdown, a practice that is also standard operating procedure during severe flu seasons. Yet, advocates seeking to protect inmates from COVID-19 claim that these measures are insufficient for the disease.

Seeking alternatives for the jail population, counties have been struggling to find a workable strategy, with the solutions having a “feeling their way in the dark” quality. Initially, counties slowed down arrests. Next, they began to refuse to make arrests for certain crimes including theft. Subsequently, some counties began taking more extreme measures, which is when the wheels began to fall off.

On March 29, Texas Governor Greg Abbott issued an executive order which suspended portions of the Texas Code of Criminal Procedure pertaining to bail. This was in response to growing outrage stemming from the granting of a personal recognizance (PR) bond to a murder suspect by a Harris County District Court judge because of the defendant’s professed fear of contracting COVID-19 in jail.

In effect, Governor Abbott’s order precluded judges from releasing certain defendants on PR bonds if they were either charged with or previously convicted of a violent crime or an attempted violent crime.

On April 1, with the coronavirus crisis extending around the globe, Harris County Judge Lena Hidalgo issued an order of release for the purpose of freeing what she called “low-risk inmates” from custody “in order to protect inmates, staff and the public.”

Her order was put aside two days later when the 337th District judge, Herb Ritchie, voided Judge Hidalgo’s order. Judge Ritchie’s order reversing Judge Hidalgo’s action applied to felony inmates or probationers in the custody of Harris County officials and under the jurisdiction of the county and district courts.

In response to Governor Abbott’s executive order, some judges began setting very low bonds. In one example, a man accused of robbery with bodily injury — a violent crime — had bail set at 10 dollars.

Anticipating that these actions would have a negative impact on crime, Houston Mayor Sylvester Turner stated at a press conference that until the coronavirus was resolved, criminals should “chill” and take a break.

In the rush to release defendants from jail, there was no plan regarding what to do with habitual criminals, according to Houston Police Chief Art Acevedo, who noted that burglaries in the city had spiked 20 percent as of April 2. Other areas have experienced similar results, with the Wall Street Journal noting that reports of crimes against businesses are up by 75 percent in New York City since the coronavirus shutdown. In addition, online fraud has increased substantially.

Perhaps most disturbing of all is the increase in domestic violence cases, no doubt exacerbated by the prolonged isolation of family members and other individuals in close quarters. Since mid-March, the National Domestic Violence Hotline has reported receiving more than 2,300 calls in which the coronavirus was cited as a contributing factor to abuse. Since the COVID-19 outbreak, a worldwide surge in domestic abuse has caused the United Nations to call for urgent action.

In trying to deal with the coronavirus crisis, authorities in numerous jurisdictions around the country seem focused on preventing the virus from getting into the county jails and have neglected public safety. As we have seen with seasonal flu outbreaks, completely stopping the entry of a viral contagion is not possible, and so far, this approach has not worked with COVID-19. As of this writing, three Harris County inmates have tested positive and another 30 have symptoms consistent with the virus and are awaiting results. In the Dallas County Jail, 28 inmates have been confirmed positive for COVID-19. All of this is happening while the crime rate escalates. The coronavirus must not be allowed to be used as a means to obtain a “get out of jail free card.”

Public safety must never be regarded as a secondary priority. With isolation orders now extended, our policies must change and adapt as well. The worst thing that could happen would be for the public to take matters into their own hands. Allowing chaos to expand could be the match that sets-off a disastrous sociological wildfire that forces counties to take extreme action.

Texas has a strong castle doctrine, which allows landowners to use lethal force to protect their property. Given the circumstances, one can expect this same instinct for self-preservation to extend to business owners when it comes to safeguarding the means by which they earn a living. There are warning signs that the public is becoming increasingly nervous, apprehensive and worried about COVID-19. The very real possibility of riots breaking out is growing. There are also signs that the public is becoming more aggressive. At some point, the risk of an unruly public will force a change in current policies.

Now is the time to develop strategies to be implemented over the upcoming months. Policies must be put in place that balance the risk of public safety against the risk of exposure to COVID-19 in the jails. Although we all hope they are never needed, counties must make plans now and prepare for a constantly changing environment. It must begin with jurisdictions being diligent in the testing of everyone entering facilities, both defendants, as well as employees. But testing alone is not enough.

So what else can we do to cope with the most widespread pandemic of our lifetimes?

Zombieland’s rules of survival can serve as an inspiration for us to lay out our own set of rules to make it through these challenging days. Here are a few:

— Rule No. 1 – A Temporary Bail Schedule is Your Friend

Historically, individuals have been directed away from jail through use of a bail schedule. This allows those who can post a bond according to the scheduled amount to avoid being processed in detention facilities. Instead, they simply follow a walk-through process. Efficient and time-tested, this should be implemented on a temporary basis at the very least.

All initial magistration should be accomplished via video conference, thus reducing unneeded in-person exposure to all those involved. With all due apologies to the zombie population, this is a total no-brainer.

Even under normal conditions, tracking who is being held preconviction and for how long is one of the most important challenges facing jails and courts. During the current coronavirus crisis, it is even more important. With courts now having a limited schedule, case backlogs will continue to increase. Tracking is critical because defendants should not be kept in jail longer than any potential sentence that could be imposed.

Mental health and drug issues plague a huge percentage of defendants moving through the criminal justice system. Judges should look for ways to redirect these individuals in order to help them find the treatment they need, which will also relieve undue pressure on our courts.

Just as Zombieland’s rules evolved out of the harsh reality that was playing out before the characters, the myriad challenges that have emerged from the COVID-19 pandemic mean we must be astute in continuing to adopt additional rules to effectively deal with them.

The lead character of Zombieland manages to stay alive because he resolutely adheres to his own rules of survival, which he has created on the fly and out of single-minded, practical necessity. Sure, it’s just a movie, but one with a lesson from which we can learn in these crazy times.

Ultimately, counties need to think long-term. While the current health crisis calls for quick action, decisions must not be implemented haphazardly or recklessly, nor should they create problems for the future.

As much as we would like to snap our fingers and make all the problems that have emerged from COVID-19 disappear overnight, that is unlikely to happen. When it comes to the best way in which we should deal with the jail population during this time, we must implement reasoned, workable solutions that address the situation in a way that meets the needs of inmates while also ensuring public safety.

Ken W. Good graduated from Hardin Simmons University in 1982 with a Bachelor of Arts Degree. He received a Master of Education Degree in 1986 from Tarleton State University, a part of the Texas A&M System. In 1989, he received his law degree from Texas Tech School of Law, where he was a member of the Texas Tech Law Review. Mr. Good has argued cases before the Supreme Court of Texas and the Texas Court of Criminal Appeals, along with numerous courts of appeals, including the United States Court of Appeals for the Fifth Circuit. He is the author of “Good’s on Bail,” a practice guide created for bail industry professionals. In addition, he has written numerous articles on the subject of bail reform, including, “What Successful Bail Reform Looks Like.” Mr. Good is married and has two daughters. (www.pbtx.com)