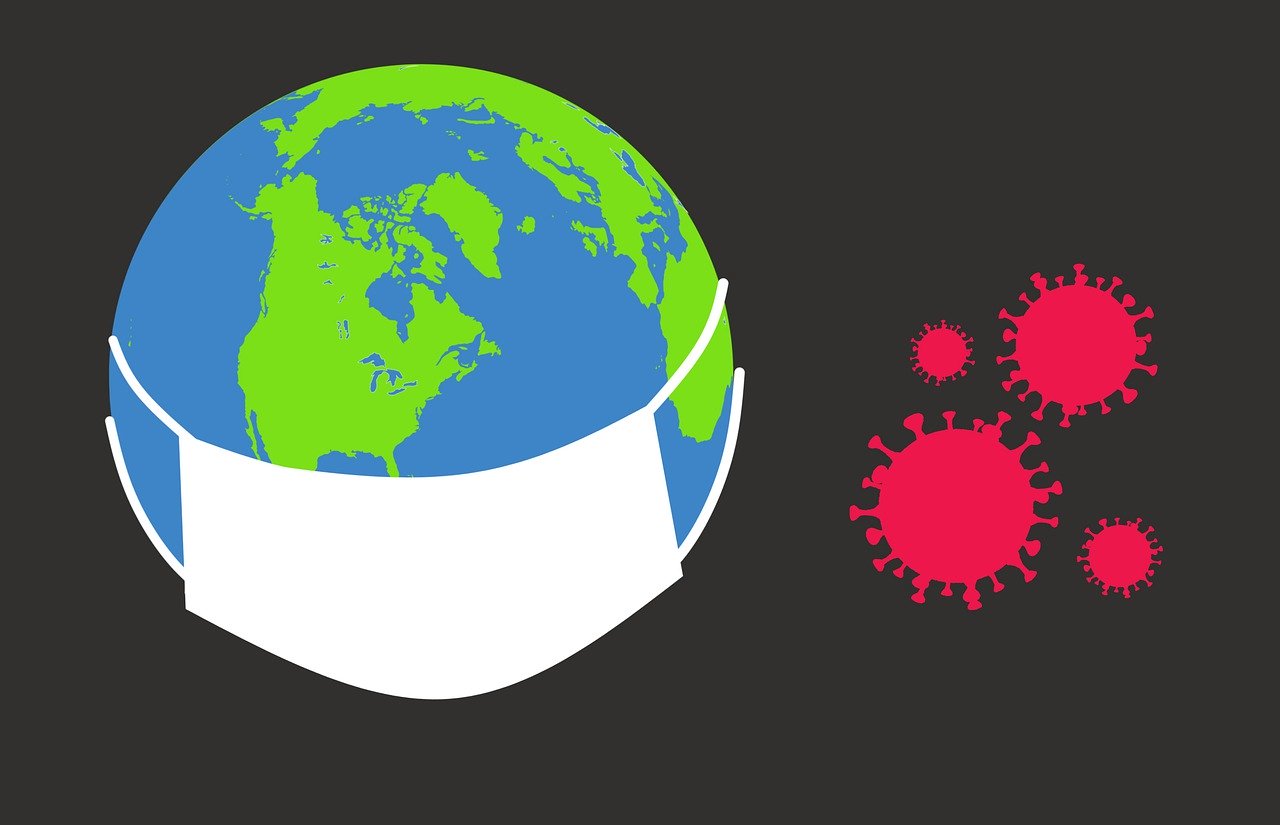 As the saying goes, “history repeats itself.” In 2002, the SARS epidemic spread from the Guangdong province of China and affected 29 nation-states by the year 2003. There were 774 human casualties from the disease. The world realized this loss of human life could have been avoided had China not suppressed vital public health information for several weeks. This ill-fated event led the World Health Organization (WHO) and its member states to adopt the International Health Regulations (IHR) in 2005.

Worldwide a total of 1,310,205 people have been infected with and 72,578 have died from COVID-19, and the numbers are rising exponentially. Doctors and other healthcare providers, sanitation workers, and police personnel have been racing against the time to save thousands of lives. It is claimed that China knowingly and deliberately failed to adhere to the IHR in preventing the spread of this novel coronavirus. This article will examine the possibility of holding China accountable for its acts and omissions in an international tribunal. It will investigate whether China violated the rules of the IHR, whether it can be held responsible under general international law and whether paying reparations to countries that have suffered an enormous loss in terms of human lives and economic slowdown is a viable remedy.

Recently, the ICJ gave an alternative interpretation of the preconditions that must be fulfilled for it to exercise jurisdiction. Namely, fulfilling either the negotiation or the World Health Assembly condition would trigger the court’s jurisdiction. If we interpret Article 75 of the WHO Constitution as the ICJ recently did, a failed attempt at negotiation could trigger ICJ jurisdiction.

A State is obliged under article 5 of the IHR to develop, strengthen, and maintain its public health infrastructure and aid in detecting, monitoring and reporting the events of a potential global health crises. Article 6 covers public health emergencies of international concern (PHEIC). In the event of a PHEIC, a state must communicate all public health-related information and events taking place within its territory to the WHO within 24 hours of the assessment. A state must keep the WHO informed with accurate and detailed public health information, including the source of the risk and the nature of the threat it poses, the number of cases and deaths, and any measures taken to prevent the spread of the disease. Article 7 imposes an obligation upon states to share public health information with the WHO even when the origin or the source of a disease is unknown to a state.

A novel influenza-like illness was found in the body of workers and customers at Wuhan’s Huanan Seafood Wholesale Market in mid-December 2019. On December 30, Li Wenliang, an ophthalmologist, at the Wuhan Central Hospital, revealed the information online. Although Wuhan public health authorities solicited information about the spreading of a “pneumonia of unclear cause”, it suppressed Li Wenliang’s alarm about the novel disease. Many medical professionals and journalists who tried to disclose information about COVID-19 were silenced and detained by the Chinese authorities. On December 31, the Wuhan Municipal Health Commission wrongly claimed that there is no human to human transmission of COVID-19.

Furthermore, the Commission described it as seasonal flu which is preventable and controllable. China waited to February 14, 2020, to disclose that around 1700 healthcare workers had been found to be positive for COVID-19. It is more than apparent that the Chinese government suppressed and withheld important public health information for almost two months. As such, one  may conclude that China intentionally as well as deliberately failed to communicate information to WHO as is required in the event of a PHEIC.

According to article 37 of the WHO Constitution, the Director-General of the WHO shall be independent and impartial while exercising powers and functions. In order to remain independent and impartial, they shall not seek or receive instructions from any government or from any external authority. Member states are obliged to respect the international character of the Director-General including WHO staff and must not to influence them. An affected state could make a potential claim that China deliberately tried to influence the Director-General of the WHO and WHO staff by allegedly withholding information, providing inaccurate or false information, and by not providing information at the crucial time.

Draft Articles on State Responsibility and the Accountability of China

It appears that China’s conduct was wrongful and in violation of international law. If this is the case, then what kind of remedies are available to states harmed by the breach?

The Draft Articles on Responsibility of States for Internationally Wrongful Acts  was adopted by the International Law Commission at its 53rd session in 200,1 and submitted to the UN General Assembly. Although the Draft Articles is not legally binding on states, the document is authoritative and has persuasive value. The ICJ often takes recourse to the Draft Articles in interpreting international law and solving disputes between states, so much so that its provisions have attained the status of customary international law. Article 1 says every internationally wrongful act of a state entails international responsibility of that state. Under Article 2, the wrongful acts are those actions or omissions which constitute a breach of international obligations required under international law. Responsibility emanates from the local Wuhan authorities to the Chinese central government which are all organs of the Chinese state and their alleged wrongful conduct can be attributable to China. China’s alleged willful and intentional failure to share information expeditiously with the WHO in the event of PHEIC in accordance with IHR constitutes breach of international obligations under article 12 of the Draft Articles. China could even be found to be in violation of Article 14 for the continuing breach of its obligation. A study at the University of Southampton revealed that timely intervention one, two, or three weeks earlier in the crisis could have reduced the cases by 66 percent, 86 percent, and 95 percent respectively. Thus, had China intervened responsibly and in a timely fashion, the number of people affected could have been reduced. The state is under obligation to make full reparations for both material and moral injury caused by its wrongful acts under article 31.

The ICJ in the Corfu Chanel case held that no state may knowingly allow its territory to be used for acts contrary to the rights of the other states. Simply speaking, China allowed activities to take place within its territory that harmed other states. Reparations should be in the form of restitution, compensation, satisfaction, and even in the form of assurance of non-repetition of the wrongful acts. Restitution as a form of reparation means, the state is responsible to re-establish the situation which existed prior to the commission of the wrongful act. If restitution is not possible or not a suitable form of reparation in a particular case, the injured state should be entitled to compensation, which will cover financially assessable damage. If both types of reparation fail to make good, the wrongful state should make good in the form of satisfaction, which may consist of an acknowledgement of breach, an expression of regret, or a formal apology.

Taking a State to the ICJ or any other international tribunal is a herculean. It is highly unlikely that China would submit the dispute to an international forum. The challenge is all the more painstaking when the perpetrator-state is powerful and militarily and diplomatically influential. One must not forget that China holds permanent membership of the UN Security Council, which enables China to invoke veto power. Even if China agrees to the ICJ’s jurisdiction and the court finds China responsible for the COVID-19 outbreak, there would still be a question as the enforcement of the judgment. The UN Security Council as a custodian of world peace plays a vital role in implementing the ICJ’s decisions. Article 94 provides that in case of failure or non fulfilment of the obligation under the judgment, any party may seek recourse in UN Security Council and the Council will take necessary to enforce the judgment. But, as a P5 member, China has the power to block any action that the UN Security Council might take to give effect to an ICJ judgment. Another less vigorous way to hold China responsible is resorting to advisory jurisdiction of the ICJ. Invoking the advisory jurisdiction of the ICJ does not need consent from the disputant parties. Under Article 96 of the UN Charter, the UN General Assembly, Security Council, or other organs of the UN may be authorized to seek advisory opinions of the ICJ on any legal question. The problem with an advisory opinion from the ICJ, however, is that it lacks binding authority. Thus, it leaves enforcement to good faith.