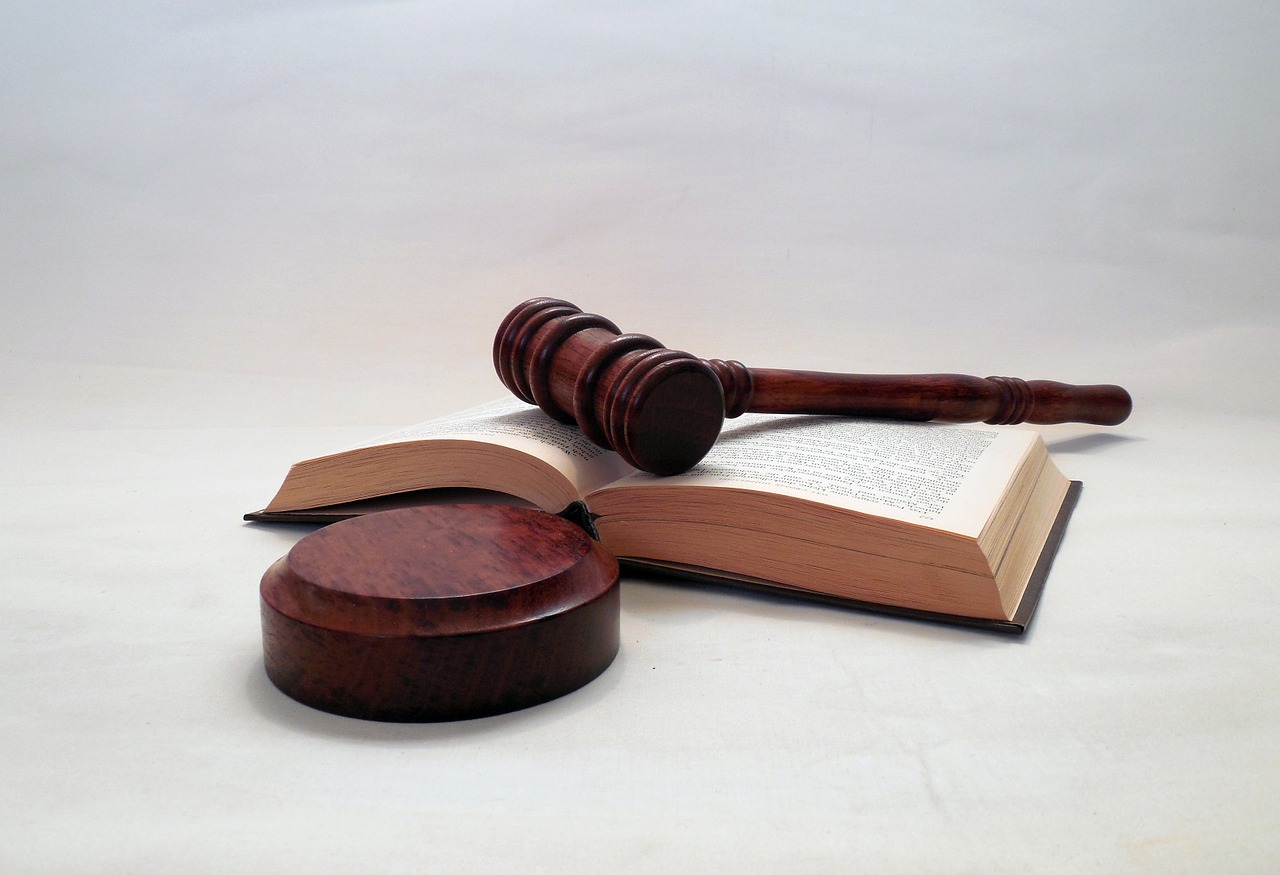 succo / Pixabay
JURIST Guest Columnists Deeksha Sharma, a law student at RMLNLU in Lucknow, and Tushar Behl, a law student at the University of Petroleum and Energy Studies in Dehradun, India, discuss the constitutional interpretation that personal laws are not subject to judicial review...

The Indian Constitution is not merely a static document containing a set of rules or laws through which the state governs its people, it is much more. The constitution is a dynamic phenomenon, ever-evolving in its contours, which was born with a task of protecting individuals who have been subordinated by the society in innumerable ways, be it by patriarchy, communalism or classism.

However, the Constitution fails in its objective miserably by closing off personal laws from Judicial Scrutiny. Personal laws govern matters of family affairs and have been a major hindrance when it comes to empowerment and upholding the dignity of women in India. The deepened inequality and discrimination not only lies within religion but also between genders.

Why Are Personal Laws Not Subject to Judicial Scrutiny?

This is the result of the Bombay High Court’s decision in Narasu Appa Mali, which was a turning point in constitutional history. The Court interpreted the inclusion of “law” under Article 13(3), and “laws in force” under Article 13(1), to exclude personal laws, which, in turn, made personal laws immune from judicial review. Article 13 renders all laws inconsistent and derogative of fundamental rights as void.

Hence, if these Personal laws are allowed to be followed without judicial scrutiny, then there will not only be sexual inequality between men and women of one community, but also inequality between women of different religious communities. Furthermore, not subjecting personal laws to judicial scrutiny will make the fundamental rights of people, especially women, more vulnerable to exploitation. Article 13 supports the violation of Article 14, concerned with the “Right to Equality for all” and Article 21, regarding the “Right to Life” of the people of India, by inherently subjecting them to social morality.

The issue of religious personal law was frequently debated at various stages in the enactment of the fundamental rights and directive principles by the constituent assembly of India. It was decided that, rather than articulating whether these personal laws had to conform to the constitutional guarantees or any social reform legislation, the Uniform Civil Code under Article 44 was a non-justiciable directive principle of state policy and left the question for future deliberations. However, recently the Law Commission of India reaffirmed that currently, a Uniform Civil Code is not feasible in India. So, the question remains, are there any other options? Or should women face the wrath of the misogynistic and patriarchal personal laws of India?

As per Article 13(3), “law” includes “customs and usages having the force of law”. Justice Chandrachud, while refuting Narasu in the Sabrimala judgment, said that the definition of “law” under Article 13(3) is an inclusive definition and it would be inappropriate to put a restrictive interpretation upon terms of wider denotation. Going by the scriptural texts, he decided on the inclusion of personal laws in “customs and usages” under Article 13, and how they have been creating a menace by not being subjected to judicial review for years. This obiter dictum by Justice Chandrachud reduced the relevance of the discussion on personal laws in the Triple Talaq judgment, which said that personal laws are not included in Article 13.

Now, after knowing that personal laws can be included in “customs and usages,” we must check whether personal laws have the “force of law.” According to Salmond, the law is the body of principles recognized and applied by the state in the administration of justice. Therefore, any rule of conduct, although not statutory, still has the force of law so long as it is enforced by the court.

Moreover, the power of the courts to apply Hindu law to Hindu people is derived from and regulated by, imperial and provincial legislations passed during the British rule. Unless they are altered or repealed, those laws continue to be in force under Article 372 of the Indian Constitution. The same test can automatically apply to personal law as well.

The apex court in Kripal Bhagat v. State of Bihar observed that the power to apply the law is to bring into legal effect sections of an act as if the same had been enacted in its entirety. Furthermore, in the case In re Kahandas Narrandas, it was observed that the specification of matters related to succession and contract as matters to be governed by native laws and usages might be construed as an indication of a wider operation of those laws and usages intended to be secured by the statute. In this regard, it may be construed that a Statute gives the power of enforcement to personal laws and brings them into legal effect. In fact, Section 2 of the Shariat Act directs that in all questions regarding marriage, succession and the like, law to be governed will be the Muslim personal law, thereby giving personal law a legal effect and fulfilling the criteria laid down by Article 13 of the Constitution.

Article 372 may be useful in this regard. For instance, in United Provinces v. Atiqua Begum, it was observed that the expression “law in force” in Section 292 of the Government of India Act, applies not only to statutory enactments then in force, but to personal laws, customary laws, and common laws. By virtue of Article 372(1), the Constituent Assembly was in effect re-enacting the provisions of personal laws again appear in Entry 5 of List III of the Constitution of India and making it clear that the state can enact legislation in relation to personal laws and there is no reason why personal law cannot be subjected to judicial scrutiny under Part III of the Constitution of India.

The Goal and the Failure

C.J. Kania, in A.K. Gopalan v. State of Madras, reasoned that Article 13’s use of the word “law” so often was the use of “abundant caution” when drafting and enunciated that even in its absence Courts can strike down unconstitutional enactments. Hence, Article 13 was added to be extra cautious and ensure fundamental rights review, considering its supreme importance.

It is pertinent to note that Article 13 is not only a barrier when it comes to equal treatment of women but is superfluous as well. This falls in line with the celebrated decision of the US Supreme Court in Marbury v. Madison, which propounded:

With the establishment of a new political character, institution and constitution, all pre-existing laws inconsistent therewith at once stand displaced and cease to be of any obligatory force without any declaration to that effect.

On the other hand, Articles 245(1) and 25 make law made by the Indian Parliament subject to the Constitution itself. Thus, post-constitutional laws would backslide regardless of the presence of Article 13(2). Saying that it becomes quite clear that judicial review strings out the entire length and breadth of the Indian Constitution and the void of Article 13 cannot hold back the Courts to nullify a detracting law, but the issue now rests on the inclusion of  “law” in Article 13.

Personal laws should be excluded from the ambit of judicial review and it is not for a court to make a choice of something which it considers forward-looking. Personal Laws and religion are for interpretation as it is and must be accepted in faith of the followers.

This view of the Chief Justice has been backed in the constitutional assembly debates, wherein it was deliberated that there would be amendments in personal laws when the members of that particular religion would require. However, struggle and inequality continue and await the consciousness of people to change.

In this regard, it is worth noting that Article 13 brings into effect legal pluralism and creates a distinction between state and non-state law, thus relying highly on black-letter law. Even Indian jurists like H.M. Seervai are of the view that personal laws are inextricably connected to the entire network of law. Therefore, it would be difficult to ascertain the residual effects of personal law outside them. But it is crucial to understand that Article 13 clearly contradicts this and creates a distinction between state law and non-state law, thereby giving much less importance to the latter, which is eventually left out of the “real” law of the state.

In the end, we come to the conclusion that Article 13 is not essential to the Indian Constitution as it poses a lot of problems and fails in its objective. It also undermines the importance and relevance of Article 372 in solving the problem and making the Indian Constitution live up to its objective of equality and dignity for women, especially for Muslim women, in India.