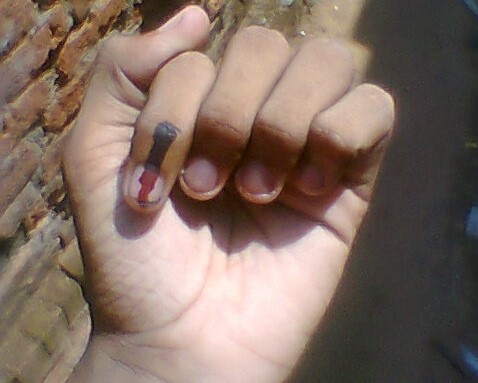 Universal suffrage has long been accepted as the standard for enfranchisement in democracies, however full and equal participation is rarely the reality. One group in particular that is frequently excluded across jurisdictions is prisoners.

Indian law provides for this exclusion in Section 62(5) of the Representation of the People Act, 1951. This exclusion has faced and passed constitutional challenges in the past and, as recently as February 2020, the constitutional validity of this exclusion was once again upheld by the Delhi High Court in its judgment in Praveen Kumar Chaudhary v. Election Commission of India.

Yet, it must be noted that sufficient rebuttals have been provided by a number of scholars to the aforementioned justifications, so much so that the tenacity of these justifications has been questioned across jurisdictions. Some notable counter-arguments are:

The existing prisoner disenfranchisement framework in India can easily be placed under the “highly restrictive” category. Section 62(5) of the Representation of the People Act, which is at the core of this framework, disallows both convicts as well as detainees (other than those in preventive detention) from voting. The said provision follows a “blanket-ban” approach towards prisoner disenfranchisement and makes no mention of proportionality based on the gravity of the offense.

In the 1997 case of Anukul Chandra Pradhan v. Union of India, the said provision was challenged on the ground that it violates Article 14 of the Indian Constitution, as it makes an arbitrary distinction between people who are in prison and people who are out on bail or parole. Further, the restriction applies to a person who is in the lawful custody of the police. It was further contended that the said provision violates Article 21 of the Indian Constitution.

The Supreme Court of India rejected the aforementioned challenge ruling that the distinction is not arbitrary because it is relatable to the object sought to be achieved by the legislation, which was to prevent the criminalization of politics and ensure the integrity of the electoral process. The court further stated that a person who is in prison as a result of his own conduct and is, therefore, deprived of his liberty during the period of his imprisonment cannot claim equal freedom of movement, speech and expression with the others who are not in prison. Lastly, it was reiterated that in India, the right to vote is neither a fundamental right nor a constitutional right. It is a statutory right that is granted and restricted by the Representation of the People Act.

The Delhi High Court, in its February 2020 judgment, did not have much of an option but to follow the aforementioned decision of the apex court. The reasoning of the Hon’ble Supreme Court, however, is questionable based on the counter-arguments against prisoner disenfranchisement highlighted in the preceding section. Furthermore, with the right to vote being statutory, the court should not have discussed prisoner disenfranchisement through the lens of fundamental rights at all.

Although there are a number of international human rights instruments governing the disposition of political and civil rights worldwide, none of these instruments deal specifically with the issue of prisoner or ex-prisoner voting rights. Rather, these documents deal with more general civil and political voting rights.

Article 25 of the International Covenant on Civil and Political Rights (ICCPR) is arguably the leading international treaty provision concerning the right to vote. It reads as follows:

Every citizen shall have the right and the opportunity, without any of the distinctions mentioned in article 2 and without unreasonable restrictions:
(a) To take part in the conduct of public affairs, directly or through freely chosen representatives;
(b) To vote and to be elected at genuine periodic elections which shall be by universal and equal suffrage and shall be held by secret ballot, guaranteeing the free expression of the will of the electors;
(c) To have access, on general terms of equality, to public service in his country.

Article 2 of the same instrument imposes a prohibition on distinctions made on the basis of “race, color, sex, language, religion, political or other opinion, national or social origin, property, birth or other status. The question that must be answered then is: whether prisoner disenfranchisement falls under the category of unreasonable restrictions?

A deconstruction of the term “unreasonable restrictions” using various interpretative models such as dynamic treaty interpretation or the views of the UN Human Rights Committee, suggests that disenfranchisement of ex-convicts, as well as the “blanket” disenfranchisement of convicts, may be incompatible with treaty obligations. A comment of the Human Rights Committee regarding Article 25 of the ICCPR suggests that the period of suspension of their (convicts) right to vote “should be proportionate” to the offense and the sentence.

This middle-ground approach based on the proportionality principle has been followed by a number of countries across the world such as Australia, China, and Germany. The approach simply stipulates that the “more serious the crime involved, the less eligible to vote prisoners become.”

A number of courts across jurisdictions have also criticized the blanket disenfranchisement approach. The South African Constitutional Court through the NICRO judgment invalidated a blanket ban on prisoner’s franchise rights. In reaching its conclusions, the South African Court extensively referred to the Suavé judgment of the Canadian Supreme Court, which unanimously invalidated blanket disenfranchisement legislation. In Suave, the Canadian Supreme Court noted: “Universal franchise has become an essential part of democracy and that the legitimacy of the law and the obligation to obey the law flow directly from the right of every citizen to vote.”

Further, the European Court of Human Rights while dealing with a challenge to Section 3 of the UK’s Representation of the People Act in the Hirst case held that although the right to vote is not an absolute right, a blanket ban on prisoner’s franchise rights, irrespective of the gravity of the crime and duration of the sentence, was not justified.

It must be noted that even after the Hirst judgment, the UK has not changed its approach towards prisoner disenfranchisement. Further, in the US, as many as forty-eight states restrict inmates from voting while serving time, and at least 32 states bar ex-inmates from voting, either permanently or for several years after their release from prison.

The Way Forward for India

Disenfranchisement has multiple negative consequences for convicts on an individual basis as well as a societal basis. Denying all convicts the right to vote, perhaps their most expressive activity as community members, further degrades and isolates them as individuals. It also degrades the entire possibility of converting prison systems into reformative models in the 21st Century.

Due to the existing framework, more than 400,000 prisoners are barred (at present) from voting in India. Despite being a party to the ICCPR as well as the Universal Declaration of Human Rights, India remains one of the very few countries to retain a blanket ban on prisoner franchise rights. Time has come for the Indian legislature to amend its law on prisoner disenfranchisement and adopt a middle-ground approach based on the proportionality principle. A proportionality-based approach is not only in conformity with international human rights instruments but also the only justified nexus between conviction and disenfranchisement.