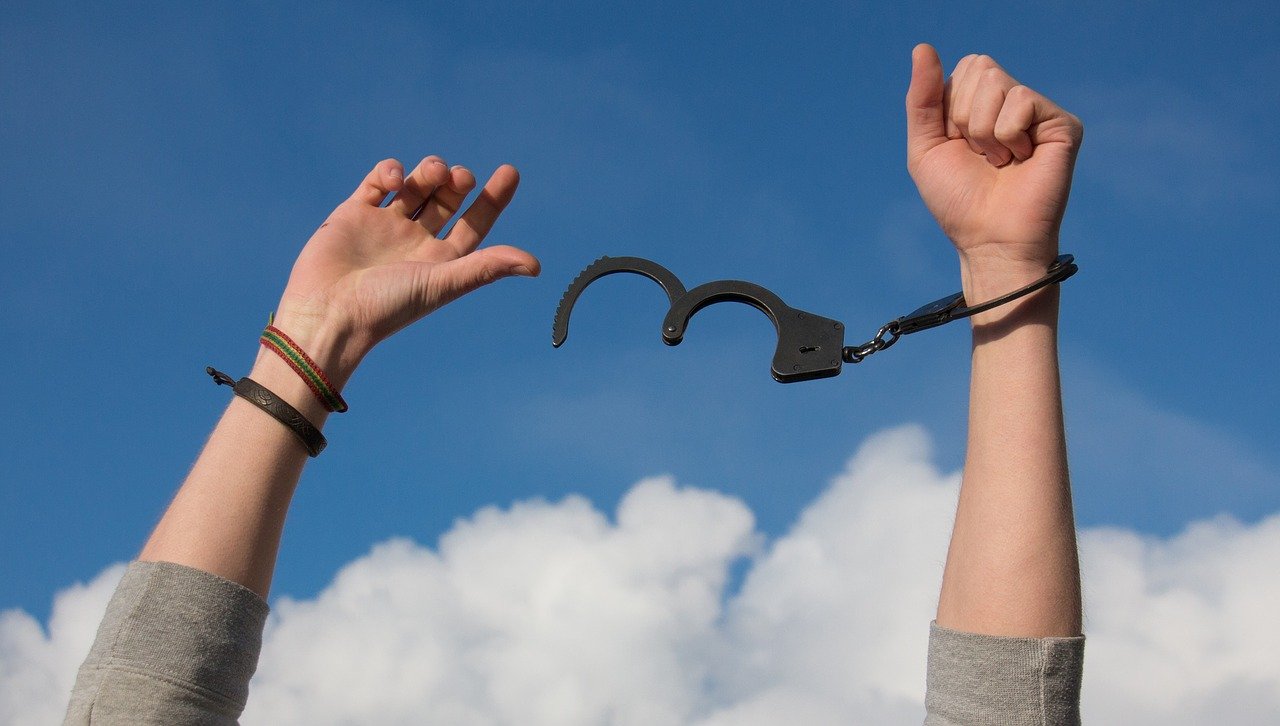 In a time where people are getting seriously ill and dying (and not from a zombie apocalypse), society is faced with the moral question of whether we should release individuals from jails so that we can protect them from contracting, and dying from, COVID-19. It is no secret that jails are a hotspot for COVID-19 incidence, and that incarcerated individuals are among the most vulnerable. Like every individual who has no other card to play, Ken W.Good throws out a hail-Mary appeal to “public safety,” arguing that COVID-19 should not be used as a “get out of jail free” card. He argues that individuals who are released on very low bonds or their personal recognizance are a threat to public safety, and that they are contributing to an uptick in crime since the COVID-19 crisis began. He then dictates several “rules for survival” that counties should follow to protect “public safety.” What he ignores, however, is that individuals who are incarcerated are also members of the public, and their safety matters too.

Mr. Good borrows his “rules of survival” from the comedy/zombie apocalypse movie Zombieland, and his piece relies on an extended metaphor from the movie. However, Mr. Good fails to mention that Zombieland’s rules were about personal safety, not public safety—this fatal flaw seriously decapitates Mr. Good’s metaphor. Moreover, Columbus—Zombieland’s main character who created the rules for his own survival—broke his own rules numerous times throughout the film. Oh, and Columbus never dies in spite of breaking his rules. Mr. Good’s piece boils down to the untenable suggestion that adherence to strict rules—again, which he gets from a comedy film—are more important than saving people’s lives. In return, we suggest one simple rule: let people go.

Mr. Good, a significant voice of the Texas bail industrial complex, expresses concern over several things: (1) counties have been slowing down arrests; (2) counties have refused to make arrests for certain crimes including theft; and (3) judges have released individuals on extremely low bonds or their own personal recognizance. This, he argues, is particularly problematic in light of the fact that domestic violence reports have surged, burglaries have spiked in Houston, and crimes against businesses have increased in addition to online fraud. He then states that if these concerns go unaddressed, we will see an increase in vigilante justice from the public.

Mr. Good is wrong on all fronts.

First and foremost, crime is not up. Crime has actually decreased. Mr. Good is just trying to escalate the public’s panic surrounding the pandemic as a way for his industry to capitalize on bail bond profits.

Second, his first “rule,” which states that counties should employ a temporary bail schedule, is particularly problematic. Bail schedules typically dictate bond amounts based on the offense an individual is being charged with, or on the maximum sentence for the crime they were arrested for. When an individual is arrested, if they can afford to post bail, they can do so immediately at the police station under a bail schedule without going to jail or to court. Mr. Good touts this as a solution, because, he reasons, individuals will get to avoid jail—and contracting COVID-19, evidently—while awaiting trial.

However, bail schedules are extremely rigid and inflexible. When a judge sets bail in court post-arraignment, they can consider factors such as criminal history, employment status, family issues, and ties to the community. Bail schedules consider none of these things.

Another flaw with this “rule” is that individuals are frequently arrested and charged with the most serious crime that the evidence may support, which puts arrestees in higher “brackets” for purposes of bonding out under a bail schedule. Moreover, eighty percent of individuals who are arrested and charged with a crime fall below the poverty line, meaning they require a public defender. They cannot afford an attorney, and they are equally unlikely to be able to afford bond. The logical conclusion of Mr. Good’s “rule” is that the wealthy will be able to bond out, as they always have been, and the poor will be left behind. So, nothing new.

It is also important to highlight that Mr. Good offers this “rule” as a purported solution for judges who have, in light of COVID-19, been releasing individuals on very low bonds or on their own recognizance. However, Mr. Good is not a disinterested party in such a “rule.” Which is to say that Mr. Good, a Board Member of the Professional Bondsmen of Texas, is offering a solution that would result in more people purchasing bail bonds, which would put more money in his and other bondsmen’s hands.

Mr. Good’s purported concern with letting people go is “public safety,” but a temporary bail schedule will not do anything to protect the public. He cites—with concern—the fact that someone accused of a violent crime was released on $10 bail. But, setting higher bail amounts does not deter crime, nor is bail supposed to. The sole purpose of setting bail is to ensure that one shows up to their court dates so that the state may prosecute them. In fact, when Kentucky eliminated bail bonds altogether, it actually enjoyed a decrease in crime connected to pretrial release. Mr. Good cites no sources to prove that his concern about low or no bail amounts provoking vigilante justice is based in reality.

Mr. Good also suggests in his “rules” that all arraignments should be conducted via video conference. While we agree that conducting certain court proceedings via video conference is the safest option for all involved, a far better rule would be to arraign far fewer people. With jails becoming the epicenter of COVID-19, counties should try to keep as many people out of them as possible, particularly if the individual does not pose a real and present danger to the public.

Mr. Good’s next “rule” essentially suggests that counties should keep track of who entered the jail so they aren’t held longer than the potential sentence their crime could incur. This rule doesn’t go far enough. In the United States, individuals are innocent until proven guilty. Allowing innocent people to sit in jail before court dates that keep getting pushed further and further out is the same as forcing them to play Russian Roulette. More of them will die; it is only a matter of time. For example, two individuals incarcerated on Rikers Island in New York City have already died from COVID-19 that they contracted while incarcerated.

Finally, Mr. Good suggests that, in order to relieve the strain on backlogged criminal courts, courts should divert more individuals to mental health court and drug court. But individuals who would be eligible for diversion into mental health court and drug court are not typically a public safety risk. In fact, these are precisely the groups of people that counties are refusing to arrest in an attempt to prevent strain on backlogged courts. Counties should continue refusing to arrest these individuals. Marginalized communities are always hit hardest by public health crises, and they are the same people who are going to languish in jail if they cannot afford to bond out.

To liken the literal horror of people in jail contracting and dying from COVID-19 to a comedic zombie apocalypse movie shows Mr. Good’s true colors. As a profiteer of the pretrial industrial complex, it is clear that Mr. Good lacks compassion for those who are incarcerated. When he declares that releasing people from jail will cause a public safety apocalypse, Mr. Good is telling us—and we must take him at his word—that he does not view people in jail as members of the public as worthy of safety. Again, the safety of those of us who are incarcerated matters too. The truth of the matter is that incarceration during a pandemic is lethal. There is no way to make jails safe from a viral pandemic like COVID-19, and there is also no way to socially distance in jails. Access to healthcare in jail is atrocious. To that end, we believe decarceration is the only moral answer to the question of what to do with individuals detained pretrial. An actual concern for public safety should factor in the safety of those who are in jail, and those of us who could end up in jail, during this pandemic.

The only way to save lives—and to protect public safety—is to let people go. We demand decarceration now.

Stefanie Mundhenk is a fourth-year JD/MA student graduating from Georgetown University Law Center, and is a graduate of Baylor University. She is a future public defender.

Emily M. Croucher is a third-year law student graduating from the University of California, Irvine School of Law, and is a graduate of California State Polytechnic University, Pomona. She is a future public defender.