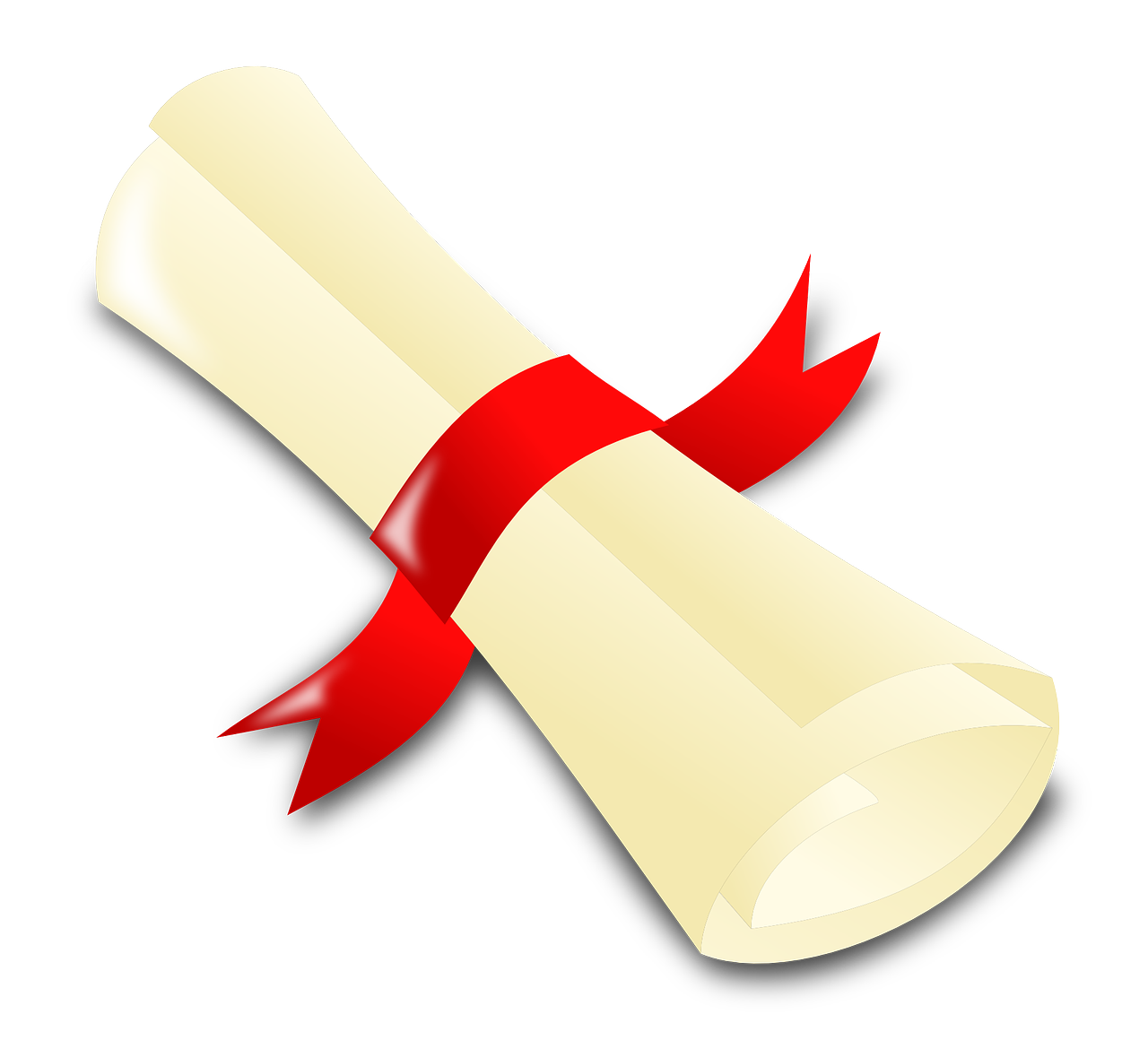 As the school year nears its end, the important question of how the bar exam will be administered, if administered at all, has been asked multiple times in the era of COVID-19. One option that has been subject to much discussion has been diploma privilege. Under such a system, law students would receive a license to practice law by virtue of graduating from an ABA accredited law school. This proposal gained increased support and notoriety following the release of the Ohio State University Moritz College of Law white paper, which suggested diploma privilege as a possible option.

In the past few weeks, multiple petitions have surfaced that encourage state supreme courts to adopt diploma privilege. The rise of these petitions has similarly resulted in comments and articles written by those who disagree with such a proposal. In all the conversations, what doesn’t get enough attention perhaps are the various other options, why they are unworkable, and why diploma privilege is the best option on the table.

Holding the bar exam in July thus forces students to decide between sitting for the bar and protecting their health. Beyond simply the concern for the students taking the bar exam, many students also live with spouses, children, parents, and roommates who may then also be exposed to COVID-19. I, for instance, live with my dad, who will turn 61 this year. This places him in the category of people most vulnerable.

Beyond the concerns of safety for examinees and the public, this option lacks certainty. If the virus resurges as social distancing measures are relaxed, as many experts suggests, then that very well means the planned July administration will be postponed.

This option has gained support from various state high courts that have weighed in on the matter. However, it creates too much uncertainty. Postponing the exam until fall only creates a situation where the bar may be postponed again. Dr. Fauci suggested that a fall resurgence is not only possible, but exactly what is expected. The mayor of Los Angeles, Eric Garcetti, suggested that large events may need to be cancelled until 2021. The same concern that was raised in the previous option- that the virus may resurge- would again resurface under this proposal.

A proposal recommending that law students just take the February exam would also not be equitable. Students have bills to pay and student loans will need to be paid back. What students need now is certainty. The blasé manner in which many suggest postponement, without necessarily thinking about what comes next if the proposed date is rendered impossible, shows a lack of forethought and understanding of the precarious position in which students are placed. After three years of education, a recommendation that punts on the exam only creates additional uncertainty in an already uncertain time.

The third option that is suggested by those seeking to justify their opposition to diploma privilege is that the bar exam may be administered online. This presents a variety of separate challenges. The benefit to an in-person bar exam is that it will subject all examinees to like conditions. An online exam, by its nature, fails to do this. Students have lives outside of school and the bar. Many have kids, pets, roommates, and a variety of other distractions in their daily lives that may prevent them from devoting their full attention to a multi-day, multi-hour exam. Some students lack stable WiFi or may not have WiFi at all. Even seemingly inconsequential things may suddenly take on importance. For example, imagine two students, one with central air, the other without it on a humid, 90-degree day. While the idea of bringing up air conditioning seems trivial, it is not. It is an example of an advantage that some test takers would have over others. If all examinees were in the same room and the AC went out, that still subjects all students to the same conditions.

Then, there is an issue of cost. To ensure that all students are taking the exam themselves and not attempting to cheat, webcams must be set up with proctors monitoring every student. It seems unlikely that proctors would be able to adequately monitor more than a few students at a time. Hundreds of these proctors would need to be hired. And, of course, those costs will be passed on to those taking the exam. Absent the proctors, issues of honesty then come to the forefront. At the end of the day, online administration creates more trouble and begs more questions than it is worth.

For some states, like California, this is already the case. The exam is spread across multiple sites with thousands of test takers at each. However, for many states, like Ohio, the exam is administered in one location. An option that has been proposed is, as opposed to a large testing site, to change to smaller testing sites around the state. However, smaller sites by themselves will not necessarily prevent the spread of COVID-19.

Students will still be in rooms for hours at a time. They will use the restrooms, enter and leave the building, and so on. The question asked about a July exam, about whether students will risk the health and safety of themselves and their families again, is brought to the forefront under such an option. Similar to online administration, a question of cost also becomes relevant. Depending on how many sites there are, there will need to be dozens of exam administrators. Again, that cost will fall on the examinees.

This option was recently recommended by the New Jersey Supreme Court. Under such a proposal, students will be issued temporary licenses and allowed to practice until such a time when the bar exam may be safely administered. This option is perhaps one of the most tone-deaf of the available options. It is perhaps hard to imagine law firms hiring recent grads as licensed attorneys, knowing that the grads may not be licensed in a year. The most that students in this position can hope to receive is a law clerk position. Even assuming that students can be employed as law clerks, it is a job they will undoubtedly have to quit in order to study for the bar exam. Students frequently study for multiple hours a day. Bar preparation is, itself, treated as its own job.

What’s more, temporary licensure lays to waste the argument that this is somehow a concern about competence of recent grads, as opposed to simply a desire to force those grads to take the same exam that those who graduated in 1997 had to take. If there is a question of competence on a permanent basis, it exists on a temporary basis as well. To suggest that this as an option at all shows that competency is not, in fact, the chief concern.

The remaining option is diploma privilege. As previously explained, this option would allow students to receive a license by virtue of graduating from law school. A separate option would allow licensure by diploma privilege in addition to a separate requirement, such as additional Continuing Legal Education hours or supervised practice hours, as has been proposed by the Utah Supreme Court. This option best balances the needs for safety, certainty, and competency.

As an initial matter, it is clear why avoiding large gatherings and providing licenses with set requirements provides both safety and certainty. It meets the competency concern raised, perhaps dubiously, by many in their opposition to diploma privilege. I have heard time and again that law school and the bar do not make lawyers practice ready. One of my professors, who is an exceptional attorney, explained how he had a mentor who showed him the ropes after he graduated from law school. A supervision requirement provides this to all recent grads.

Beyond that, it could be well argued that those who have supervision with diploma privilege will be more competent than those just taking the bar. The 360 hours of supervision that have been proposed by the Utah Supreme Court amount to over two months of supervision, assuming an 8-hour Monday through Friday schedule. This option- diploma privilege plus an additional requirement- both protects the public and better prepares lawyers for practice in the state in which they seek bar admission. It is the best option on the table, and more state high courts should follow Utah’s example and adopt this provision.

Matt Wagner is a third year law student at the Cleveland-Marshall College of Law in Cleveland, Ohio and a graduate of the Catholic University of America in Washington, D.C. During his time at CM-Law, he was a member of the Student Bar Association for three years, serving as the president of the SBA in his third year. He was also a member of the school’s Moot Court team and an associate on the Global Business Law Review.

This article was prepared for publication by Cassandra Maas, Assistant Editor for JURIST Commentary. Please direct any questions or comments to her at commentary@jurist.org