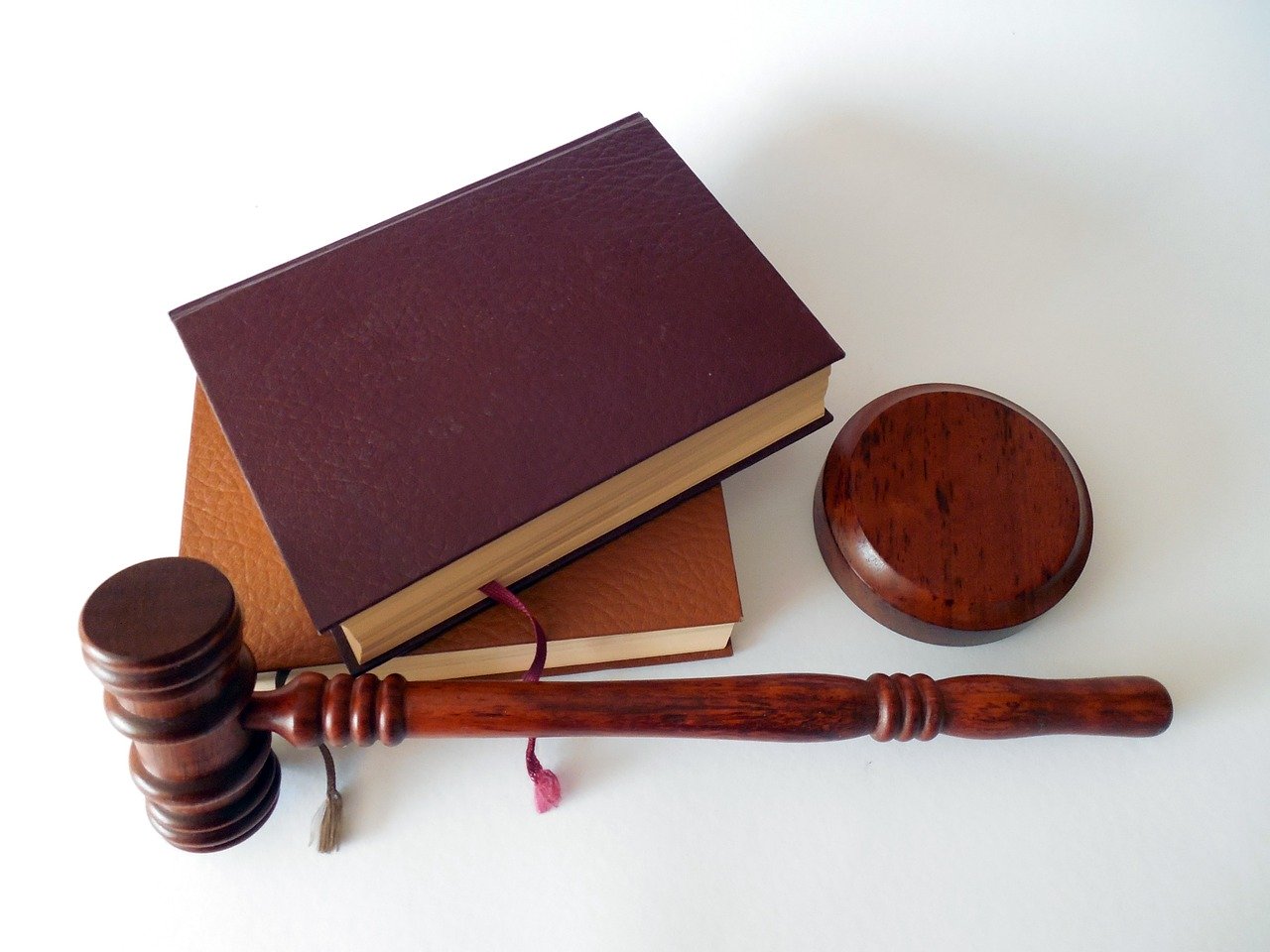 The COVID-19 pandemic has affected the world with unprecedented consequences. People all around the globe are suffering, and yet at the same time are battling against it with equanimity. All professions are playing the role of a servitor to help the world escape this perilous situation. Lawyers have among all occupations (with the exception of the doctors and the police officers) endeavored to protect and indemnify their clients against the humongous losses suffered by them in this conundrum. To do so, some attorneys decided to “sue China” for the damages even though such action may provide no meaningful recovery.

In the United States, five law suits have been instituted against the People’s Republic of China. The suits have been filed in federal district courts in Florida, Texas, Nevada, California, and Missouri over the last six weeks. Out of these five class-action suits, the one filed in the State of Missouri received extensive admiration from various quarters including the President and the National Security Advisor of the United States. This suit is well-drafted and has additional grounds for satisfying the maintainability of the suit. Each of the five suits has pleaded the same ground for the maintainability of the suit, but such a suit is not maintainable by virtue of the Foreign Sovereign Immunities Act (FSIA). The suit filed by the State of Missouri will be reviewed as the main case here because it is more comprehensive in nature and has embodied all the grounds vital in the other four suits. This particular case also specifies some separate grounds to avoid the applicability of FSIA.

FSIA AND THE ISSUE RELATED TO THE MAINTAINABILITY:

This Act provides for immunity to a foreign state (including its agency and instrumentality) from the jurisdiction of the Courts in the United States. The act, adopted in 1976, forms the “sole basis” for adjudicating disputes relating to a foreign state, and provides for “a comprehensive set of legal standards governing the claim of immunity.” Nevertheless, this immunity is not absolute. There are some exceptions to it, and the presumption of immunity to a foreign state can be rebutted if the complainant satisfies the Court that the case will attract any one of these exceptions.

In each of these five suits against China, the court trying the case is bound to determine the following two issues at the outset:

Do the defendants qualify as a “Foreign State”?

Section 1603 of the “Jurisdictional Immunities of Foreign State” provision in the US Code defines the term “foreign state” to include the political subdivision, the agency and the instrumentality of the foreign state.

The defendants are almost the same in all the five suits against China, and in each of these suits the plaintiffs are solely relying on the grounds of exceptions, indicating that the defendants qualify under the statutory definition of a “foreign state.” However, the State of Missouri (among other common defendants) has impleaded the Communist Party of China (CPC) as a defendant, and through this attempts to escape the limitations of FSIA. It states that the CCP has a prominent status in China and that it “exercised direction and control” over all the other defendants mentioned in the complaints. To substantiate their argument, they have relied on an unreported Michigan Federal District Court opinion, which held that the CCP is not entitled to immunity under the FSIA.

This opinion differs from the views of other courts. The opinion of a US Court of Appeals for the Second Circuit in the China Central Televisions (CCT) case upheld on appeal that CCT was an instrumentality of China as it was the “mouthpiece of the Chinese Communist Party.” Even a Federal District Court in Florida in the Saludes case held that the communist party of Cuba fell under FSIA, as it was similarly an instrumentality of Cuba. Further, to deal with the confusion relating to the “agency or instrumentality” requirement, the US Supreme Court stated that FSIA will be applicable and the immunity shall be given in cases where the foreign state is a “real party in interest” or is “an indispensable party.”

In light of the above statutory law and the observations of different courts, it can be concluded that in all the five cases the People’s Republic of China is the real party in interest and should come under the statutory definition of a “foreign state,” thereby being immune from the jurisdiction of the Courts, subject to the applicability of the exceptions discussed below.

Do the Plaintiffs satisfy any exceptions to immunity?

In the five suits instituted by different States, they have relied on three exceptions to immunity: the exception for commercial activities, the exception for territorial torts, and the exception for JASTA (Justice Against Sponsors of Terrorism Acts). The alleged acts in each complaint can be summarized by the opening passage in the complaint filed by the state of Missouri, which states:

During the critical weeks of the initial outbreak, Chinese authorities deceived the public, suppressed crucial information, arrested whistleblowers, denied human-to-human transmission in the face of mounting evidence, destroyed critical medical research, permitted millions of people to be exposed to the virus, and even hoarded personal protective equipment—thus causing a global pandemic that was unnecessary and preventable.

If someone has to be blamed in the US, it should be its executive branch for their contributory negligence to curb the fatal virus. The government’s negligence and its slow response has directly affected these respective states with an unforeseeable crisis.

All five suits further relied on the exception of territorial torts, to exclude the defendants from the scope of FSIA. This exemption gives the right to the complainant to seek money damages for tortious acts or omissions from a foreign state for personal injury, death, or damage to or loss of property.

But it excludes the claim “based upon an exercise of or failure to exercise a discretionary function,” as well as claims for misrepresentation or deceit. In view of the above, though the complaint recites all the statutory provisions relating to the exceptions, it does not satisfy the requirements of any of them.

The JASTA was enacted shortly after the fifteenth anniversary of the 9/11 attacks on the US. It expands the jurisdiction of US Courts over the foreign state in cases where the foreign state’s activity has resulted in any kind of personal injury to any person or property or caused any death in the US. The activity can either be a result of an act of international terrorism or could be a tortious act of a foreign state. But it rejects the jurisdiction of the US Courts in cases where the alleged activity is a result of mere negligence. In the absence of any scientific evidence to prove the theory of a bioweapon and of any pleading to rebut the exemption of mere negligence, the mere reciting of the statutory provision will not give any remedy to the complainants.

It can be concluded that the filing of such suits in the US amidst the current global disorder will not provide anything beneficial, except for the media attention. If they are desirous of anything fruitful then they should endeavor to investigate the development of the COVID-19 pandemic and the reasons for its outbreak in China. If they are successful in gathering evidence against the People’s Republic of China, then they may seek greater substantial remedies like international remedies, where China is also a party. For example, they could bring a claim for a crime against humanity under Article 7 in the International Criminal Court, or under Article 7 to the United Nations Office of Disarmament Affairs under the Convention on the Prohibition of the Development, Production and Stockpiling of Bacteriological (Biological) and Toxin Weapons and on Their Destruction, or a claim under the Protocol for the Prohibition of the Use of Asphyxiating, Poisonous or Other Gases, and of Bacteriological Methods of Warfare to the International Committee of Red Cross, Geneva, or a claim under international liability for injurious consequences arising out of acts not prohibited by international law (prevention of transboundary damage from hazardous activities) to the International Law Commission.

Manik Sethi, an alumnus of the National Law University-Jodhpur, is currently pursuing a PhD and practicing at the Supreme Court of India. He has co-authored “Contours of Real Estate Laws,” a book published by Thomson Reuters. He regularly writes on contemporary legal issues for different journals. He has a special interest in constitutional, criminal and electricity laws.