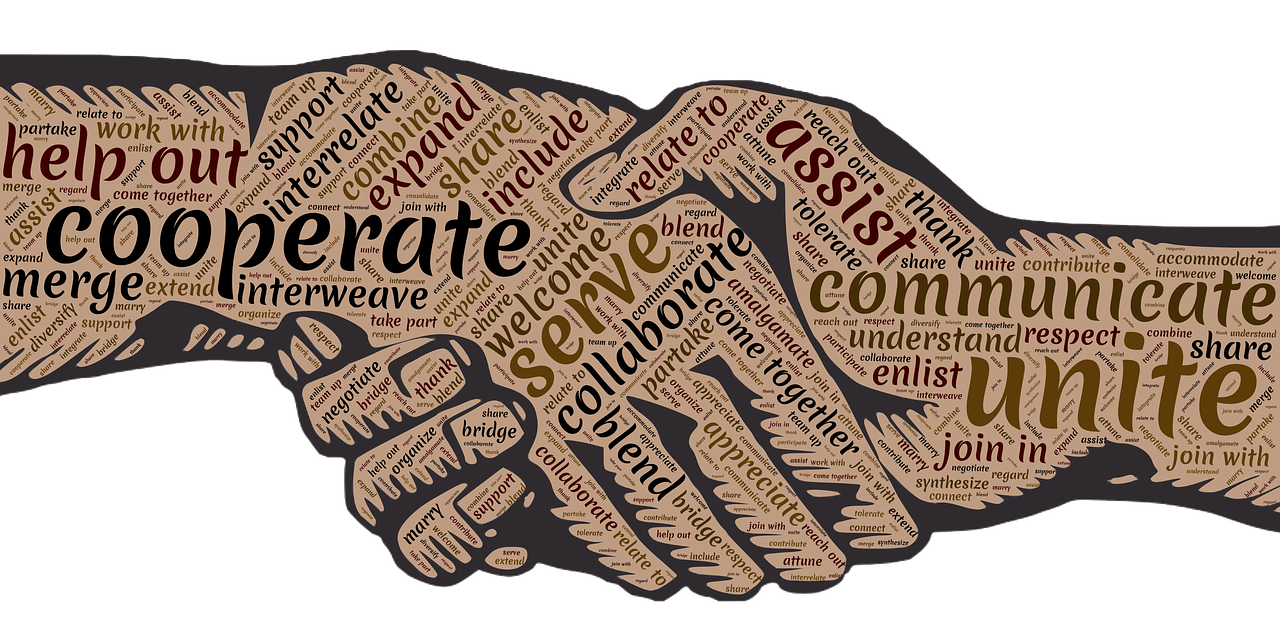 johnhain / Pixabay
JURIST Guest Columnist Louis René Beres, Professor Emeritus of International Law at Purdue, address the potential of humanity to unify in the face of the global coronavirus pandemic and the obstacles in the way of that...

There are times when a grievous threat can menace friends and enemies alike. Still, in these conspicuously “bad times,” such a potent threat can also bring adversaries to once-unimagined levels of cooperation. The current and ongoing coronavirus onslaught represents just such a prospectively unifying threat.

Plainly, though we ought never to assume that this sort of menace should be welcomed or applauded (after all, the immediate protection of human life must always be our overriding objective), it could nonetheless spark certain valuable forms of global cohesion and solidarity.

This policy promise can now be assessed in more specifically analytic terms. In principle, at least, exploiting the pathogenic challenge of coronavirus could help to prevent war (whether conventional or nuclear) and terrorism (including, in an additional irony, bio-terror attacks). At present, unassailably, this unwanted and unwitting benefactor confronts humankind in toto and without regard for any national, racial, ethnic, religious or ideological differences.

There will also be relevant issues of operationalization. The coronavirus pandemic could become a genuine source of long-sought human unity, but how exactly would it happen? This query, fraught with substantial jurisprudential content, merits very serious attention. It’s not just a silly or offhanded thought.

Credo quia absurdum, said the ancient philosophers. “I believe because it is absurd.” However counter-intuitive, the incontestable commonality of coronavirus disease threat could underscore and animate the creation of a more authentically planet-centered world politics. As a potentially significant remedy against aggression and related crimes, it’s not nearly as contrived or fanciful as it may first appear.

Where precisely are we today? Donald Trump’s US remains expressly oriented toward the opposite of global community, solidarity or what Jesuit philosopher Pierre Teilhard de Chardon (The Phenomenon of Man) calls “planetization.” Indeed, this president’s incessant focus on witting postures of belligerent nationalism represents a rancorous rejection of all human commonality. Inter alia, this ill-fated rejection has absolutely no recognizable basis in law.

It is high time to inquire intellectually and honestly: What are the expected consequences of believing that one “powerful” country can or should prosper at the tangible expense of other countries? Left unmodified, the most palpable effect of this American president’s policies based upon unceasing conflict will be a starkly accelerating tribalism here on earth. To the extent that the corrosive effects of this tribalism could sometime even display or ignite a credible nuclear dimension, these effects (whether suddenly or incrementally) could propel the US toward various irretrievable forms of chaos and catastrophe.

On the other hand, a firm rejection of American tribalism in every one of its markedly injurious expressions could prove generally gainful.

Ultimately, if we humans are going to merely survive as a species, truth must win out decisively over political wizardry. An irresistible conclusion here is that American continuance and prosperity are inextricably linked with a much wider global impact. To wit, it is profoundly and unforgivably foolish to suppose that this nation – or, indeed, any other nation on this earth – should ever expect meaningful progress at the intentional expense of other nations. The bottom line? Disease pandemics are potentially universal or near-universal and could provide impetus not only for mitigating a particular pathology and pandemic but also for institutionalizing far wider patterns of more durable global cooperation.

By its very nature, the US president’s core mantra of celebrating perpetually belligerent nationalism is crude and injurious. Now, instead of “America First,” the only sensible posture for any president must be some coherent variation of “all the world together.” Such an improved mantra might not be all that difficult to operationalize if only there were antecedent political will. Nor would it necessarily be bewilderingly complex. In fact, the basic idea is discoverable in the prescient words of Pierre Teilhard De Chardin: “The egocentric ideal of a future reserved for those who have managed to attain egoistically the extremity of everyone for himself,” summarized the Jesuit scientist and philosopher, “is false and against nature. No element can move and grow except with and by all the others with itself.”

Prima facie, the key message here is simple, straightforward and thoroughly illogical to contest. This message communicates, among other things, that no single country’s individual success can be achieved at the planned expense of other countries. Moreover, we should learn from the same message, no individual national success is reasonably sustainable if the world as a whole must thereby expect a correspondingly diminishing future.

No conceivably gainful configuration of Planet Earth can prove rewarding if the vast but segmented human legions which comprise it are set morally, spiritually, and intellectually adrift. It is, of course, precisely such a willful detachment from secure national and international moorings that is being fostered by Donald Trump’s “America First.”

Earlier, observed William Butler Yeats, in what had already represented a broadly metaphorical indictment of what could be expected, “The blood-dimmed tide is loosed.” But just as it was then for the empathetic Irish poet, today’s expanding global chaos is still primarily a symptom. It is, therefore, as the professional philosophers would likely prefer to label, “merely epiphenomenal.”

In every important sense, the philosophers would be correct. For the world as a whole, chaos and anarchy are never the genuinely underlying “disease.” Always, that more determinative pathology remains rooted in certain ostentatiously great and powerful states that stubbornly fail to recognize the vital imperatives of human interrelatedness. This core incapacity to acknowledge our species’ indestructible biological “oneness” (utterly obvious with today’s Covid-19 pandemic) has been a long-term problem. It is not in any way particular to certain American presidents or even to the US in its entirety.

Now, in the literal midst of a worldwide pathological assault from the coronavirus, what should we expect from President Trump’s still-unhidden contempt for cooperative world community? Most plausibly, world politics will increasingly encourage or enlarge an already basic human deficit. This shortfall is the incapacity of individual citizens and their respective state societies to discover authentic self-worth as individual persons; that is, deeply, within themselves. Such an enduring deficit was foreseen in the eighteenth century by America’s then-leading person of letters, Ralph Waldo Emerson. Today, revealingly, the still-vital insights of “American Transcendentalism” remain recognizable only to an excruciatingly tiny minority of citizens.

And this presumptively in an “educated society?”

Notwithstanding its impressive intellectual antecedents, including some earlier occupants of the White House, the US population almost never reads serious books. This cryptic observation is not offered here in any offhanded or gratuitously mean-spirited fashion, but, quite the contrary, as a lamentable fact of American life, one famously commented upon during the first third of the nineteenth century by a distinguished French visitor to the new republic, Alexis de Tocqueville (Democracy in America). This same fact led the Founding Fathers to rail against any uneducated mass participation in the new nation’s formal governance.

From our species’ earliest ventures into global politics, intersectional behavior has been driven by some kind or other of specific group elevation and by resultant inter-group conflicts.

From the calculable origins of human civilizations, most people have felt themselves lost or abandoned outside the collectively encompassing warmth of a protective tribe. Since the seventeenth century and the Peace of Westphalia (1648), the recurrent conflicts between such “sovereign” tribes has been the principal scourge of competitive nationalism.

Significantly, from pandemic control to nuclear war avoidance, this belligerent nationalism has been sorely misconceived, but never more so that in today’s Trump-based US foreign policy. Left to fester on its own intrinsic demerits, this atavistic American mantra will harden the hearts of this country’s most recalcitrant enemies. What we need now, desperately, is a visible broadening of support for the enduring impulses of global solidarity and human interconnectedness.

From the Peace of Westphalia, which ended the last of the religious wars sparked by the Reformation, international relations and international law have been shaped by an ever-changing but always unstable “balance of power.” Hope still exists, more-or-less, but now it must sing softly, in an embarrassed undertone, with marked circumspection, and sotto voce. Although counter-intuitive, the time for any visceral celebrations of nationalism, military technology, and even social media is at least partially over. In order to merely survive on an imperiled planet, all of us, together, must first seek to rediscover an individual life, one that is wittingly detached from all pre-patterned kinds of nationalistic conformance and from all contrived visages of some foolishly imagined tribal happiness.

Then we might finally learn that the most suffocating insecurities of life on earth can never be undone by militarizing global economics, by building larger missiles, by abrogating international treaties or by advancing so-called ”realistic” definitions of national security.

In the end, truth is exculpatory. Surprisingly, in a uniquely promising paradox, Trump’s America First policies’ express a continuous lie that can still help us see the truth. This particular truth, cosmopolitan in outlook, is that Americans must become abundantly conscious of unity and relatedness between all human beings and between all nation-states.

Again, the common enemy of a worldwide disease pandemic could become an appropriate beginning for just such a new global consciousness.

Could the needed transition from “realist” world politics to more genuinely collaborative international interactions actually take place? The pertinent odds are seemingly low. The current situation of worldwide pandemic as opportunity is sui generis and difficult to accept. Yet, it rightfully brings to mind the wise and reinforcing observation of Italian filmmaker Federico Fellini: “The visionary is the only realist.”

In all that has been discussed and assessed above, irony abounds. But ironic observations need not in any way be disqualifying. Though it would seem inconceivable that any serious human benefits could be extracted from a virulent and unpredictable pandemic, there still remain certain latent opportunities for planetary gain in a commonly loathed disease adversary.

Because we could hardly seek to discover such a convenient foe in extra-planetary aggressions, national governments throughout the world should identify extended cooperation against the coronavirus as a propitious first-step toward wider forms of global collaboration. Here, in what political scientists and other scholars used to call “functionalism” or “structural-functionalism,” there could take place a dignifying “spillover” of cooperative world politics from one very specific and ubiquitous health problem to far more generalized affirmations of human “oneness.”

In the final analysis, such well-founded affirmations will prove indispensable to species survival. A corollary question of Karl Jaspers now presents itself: Is it an end that now draws near, or a beginning? The answer will depend entirely upon our willingness to see ourselves as fully coexisting voyageurs on a perpetually single and interdependent planet.