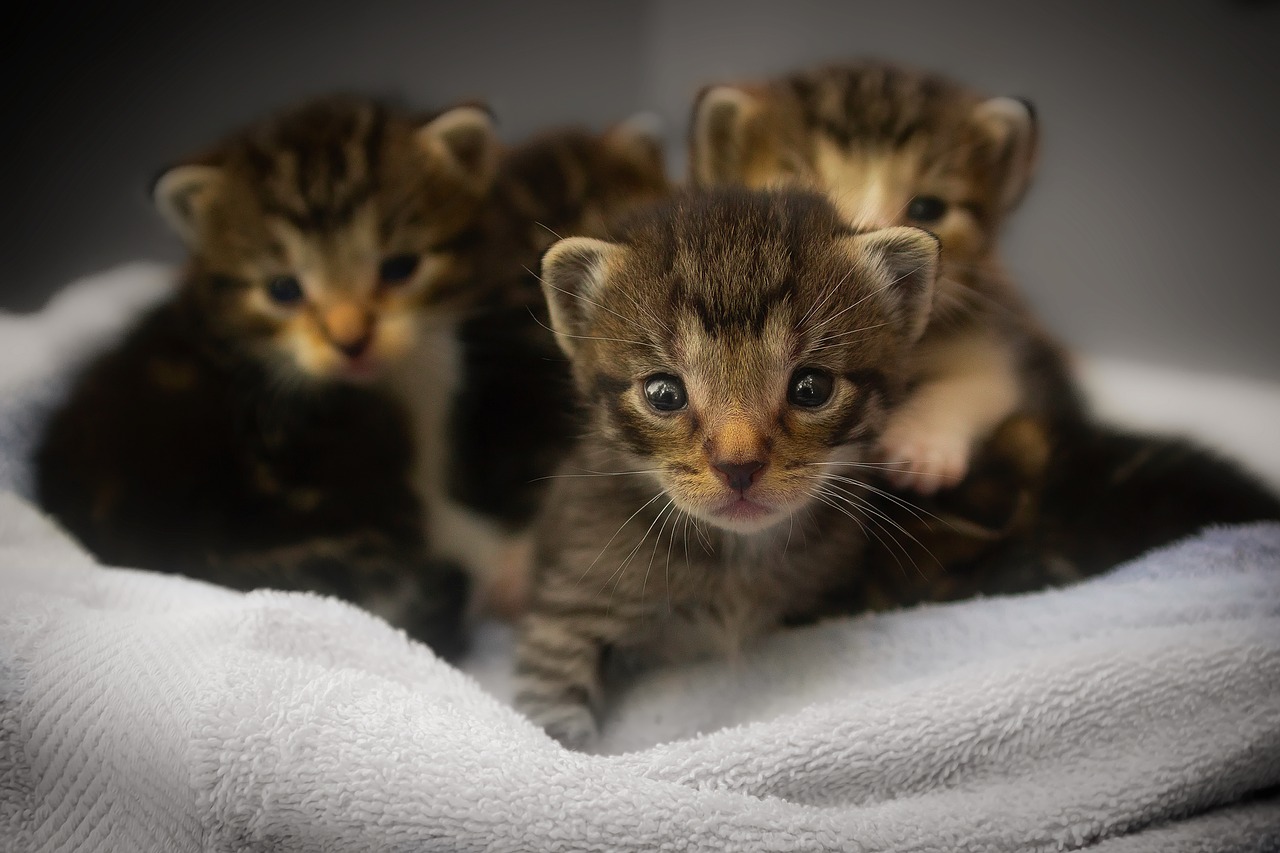 12019 / Pixabay
Courtney G. Lee, a Professor at McGeorge School of Law, discusses the implications of congress passing the PACT Act...

Nine years ago, President Obama signed into law a bill proscribing the distribution of so-called “animal crush” videos, which are depictions of a practice that is as disturbing as it sounds: the killing of animals (puppies, kittens, mice, bunnies, goats, and others) slowly and excruciatingly, often by provocatively-dressed women who stand on the animals while wearing high heels that they use, along with other objects, as instruments of torture. The video creators would then sell the recordings, typically to people who derive sexual gratification from watching them.  “Animal crushing” is behavior that Supreme Court Justice Alito aptly described as “horrific,” “depraved,” and having “no social value.”

But that law only banned the distribution of animal crush videos, not the actual cruelty itself. Those who wanted to abuse animals in that way could continue to do so without express penalty under federal law; they just could not film it and sell the videos in interstate commerce.

Animal crushing falls within the purview of state anticruelty laws, which typically ban purposefully and unjustifiably torturing, maiming, or causing serious physical injury to animals. State laws are notoriously inconsistent in how they define and how severely they punish animal cruelty, however, with some states classifying even acts as appalling as animal crushing as misdemeanor offenses. And even in a state with stronger anticruelty provisions, limited resources may force a prosecutor to relegate animal cases to the bottom of the list of priorities.

No federal law focuses directly on general acts of cruelty. The federal Animal Welfare Act (AWA) contains provisions addressing animal fighting and puppy mills and sets minimum standards for the treatment of animals used in entertainment and scientific research, but the AWA does not prohibit intentional cruelty outside of those contexts. Without a federal anticruelty law, people who commit deliberate acts of animal abuse can be extremely difficult to prosecute if they do so on federal land, when transporting animals across state lines, or when posting on the internet.

Congress finally took action this fall to help remedy these problems when it passed the Preventing Animal Cruelty and Torture (PACT) Act, which the President signed into law this week. The PACT Act amplifies the limited power of the 2010 law and criminalizes the underlying cruelty itself, providing an avenue for federal prosecutors to reach animal abuse beyond the particularized practices outlawed by the AWA. The PACT Act received overwhelming bipartisan support, reflecting recognition of increasing public concern for animal welfare and established studies proving that those who commit acts of animal cruelty are likely to segue to acts of violence against humans.  Co-sponsor Senator Pat Toomey termed the Act “a major victory in the effort to stop animal cruelty and make our communities safer.”

Importantly, while the PACT Act forbids conduct like that depicted in crush videos, the abuser’s motivation is irrelevant as long as the abuse is intentional and unjustified. (An example of justified intentional harm to an animal is customary veterinary practice.) The Act defines “animal crushing” broadly, encompassing any conduct that causes serious bodily injury to an animal, regardless of whether the abuser meant to engage in “crushing” specifically. Further, applicability is not reserved for those who torture animals for sexual gratification, which usually is the purpose of crush videos. Thus, the PACT Act enables federal prosecutors to press charges against more animal abusers than only those who crush animals, or who participate in animal fighting, operate puppy mills, etc. And those federal charges may lead to penalties considerably steeper than those permitted by state laws, including federal imprisonment of up to seven years.

The PACT Act also defines “animal” more expansively than the AWA, which excludes mice, rats, birds, and other species from many of its protections. The PACT Act bans crushing, burning, drowning, suffocating, impaling, or otherwise subjecting serious bodily injury upon “one or more living non-human mammals, birds, reptiles, or amphibians.” It also references other federal laws that define “serious bodily injury” as it relates to humans, and that prohibit sexual abuse against humans. Those fighting for laws to protect animal welfare may find this heartening, at least analogically, as it suggests that the federal government may be willing to expressly accept that human and nonhuman animal suffering is not dissimilar.

While the Act will not interfere with state anticruelty measures, it may nonetheless provide a useful model. Some degree of ambiguity in statutory language can be beneficial, such as referring generally to causing “serious bodily injury” instead of listing only specific acts, but the “patchwork” of anticruelty laws at the state level can lead to one defendant receiving considerably different punishment in one state than a defendant in a neighboring state who committed the same crime. Though not required to do so, states may look to the PACT Act as a guide and update their laws to bring greater uniformity to their provisions concerning intentional cruelty; and because the Act imposes more severe punishments than do many states, any potential changes likely would prove advantageous to animal welfare. Additionally, the United States now joins a growing number of countries willing to ban intentional, unjustified cruelty at a national level. This may help influence the governments of foreign countries with less strict animal cruelty laws—or no animal cruelty laws at all—to draft similar provisions.

Legislators, law enforcement, and animal welfare organizations all justifiably laud the PACT Act as a major milestone in the fight against animal cruelty.  There is more distance still to cover on the road to animal welfare, however. For instance, the Act does not mention neglect, even though neglect may cause even worse, more drawn-out pain and anguish for the animal victims. In fact, neglect cases like hoarding harm more animals each year than all acts of intentional cruelty combined. While addressing intentional abuse certainly is a start, incorporating neglect would make the PACT Act more complete and effective in protecting animal welfare at the federal level.

Consistent with most state anticruelty laws, the PACT Act also explicitly exempts several practices from liability: veterinary procedures, hunting and other legal sporting activities, actions to protect a person or property, scientific research, and animal husbandry and slaughter. Creating exceptions is logical and necessary, but the language in the Act may excuse a considerable amount of arguably unnecessary suffering. For example, certain scientific animal experimentation methods are both antiquated and ineffective, as reflected by regulations in other countries and even the U.S. Environmental Protection Agency’s own memo directing a reduction in animal testing in favor of alternative methods. And while some of the horrific acts of cruelty against livestock highlighted in undercover videos of slaughterhouses and factory farms may fall under the purview of the Act, customary procedures such as non-sedated amputation and intensive overcrowding most likely would not. Moreover, while Act supporters correctly note that animal abusers are more likely to progress to harming humans, studies also show that factory farm workers—whose jobs subject them to daily repeated violence against animals and the suppression of natural empathy—also are more likely to engage in violent crimes against humans.

According to co-sponsor Ted Deutch, the PACT Act “sends a clear message that our society does not accept cruelty to animals.” To truly live up to this standard, the Act ideally would expand its protections beyond only intentional acts of abuse and tighten its exemptions.  That is a tall order for any law, however, especially the first of its kind on the federal stage. For now, proponents of animal welfare can rest assured that the federal government is taking steps in the right direction.

Courtney G. Lee is Professor of Lawyering Skills at McGeorge School of Law, where she teaches and focuses her scholarly research in animal law. She is the 2019 Chair of the Association of American Law Schools Section on Animal Law, and her law review article on the AWA won the 2017 Sprankling Faculty Scholarship Award.

This article was prepared for publication by Gabrielle Wast, Associate Editor for JURIST Commentary. Please direct any questions or comments to her at commentary@jurist.org