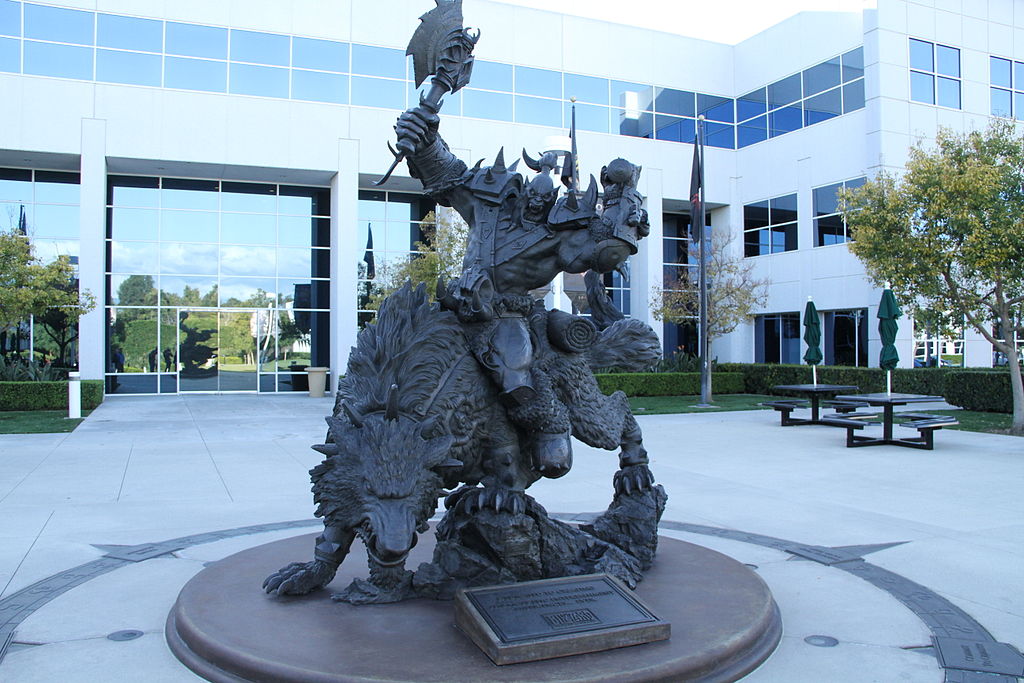 China is exerting an enormous amount of power and influence over American companies even to the point of potentially enforcing its own laws. This has been a slow and largely secretive expansion over a period of years. It is a circumstance modern law has not foreseen and seems largely ill-equipped to deal with.

Let’s start with a little context.

China’s influence in recent weeks begins and ends with the NBA. On Sunday night, Daryl Morey, the General Manager of the Houston Rockets, sent a tweet which said, “Fight for freedom, stand with Hong Kong.” This tweet was in support of protesters currently rallying in the streets of Hong Kong who have been calling for the Chinese government to respect the island’s autonomy and their human rights. As a result of this tweet, the government-owned national broadcast network CCTV ceased all broadcast of NBA games in China. Chinese digital media company, Tencent, then halted all online streaming of NBA games. In addition, Chinese media companies specifically stated that they would not broadcast any Houston Rockets games. The streaming deal between the NBA and Tencent alone is structured as a five-year deal that is expected to bring in roughly $1.5 billion in revenue to the NBA. As a result, the NBA issued a public apology to China that is being received as lukewarm by both sides with Americans saying that China is censoring the NBA and the Chinese government claiming that the NBA has offended national values, but this was only the beginning.

On October 2, the animated comedy show, South Park, which thrives on controversy, aired an episode entitled “Band in China.” The episode takes aim at Hollywood’s tendency to censor themselves for fear of offending the Chinese market which has become a huge consumer of Western films in recent years. Disney reportedly made some $200 million in the opening weekend of Avengers: Infinity War in 2018 at the Chinese box office which is just shy of the $257 million the movie brought in during the opening weekend in America. After the episode aired, the Chinese government censored the entire existence of South Park from Chinese media. They deleted thousands of social media posts, scrubbed entire seasons of the show from streaming services like Alibaba, and deleted all mention of it. The South Park Creators responded with a tongue-in-cheek apology mocking China as well as the NBA, but this is still an excessive effort by Chinese media companies to enforce the nation’s values.

Finally, there were the actions of Activision Blizzard, an American videogame company owned by Tencent. During a tournament held two weeks ago, a streamer and competitor, Chung Ng Wai who lives in Hong Kong expressed his support for the Hong Kong protesters on stream saying, “Liberate Hong Kong, revolution of our time”. That saying has been a rallying cry among the Hong Kong protesters. Activision Blizzard responded by issuing a one-year ban for the player, fining him thousands of dollars in prize money, and firing the commentators who conducted the interview. All of this was done nominally for violations of the company’s terms of service.

Chinese investment in American companies is being used to exert influence at unheard-of levels in the United States.

As one of the largest economies in the world, China has used its oligarchy of pseudo-capitalist companies to secretly invest in major foreign corporations. Tencent currently owns significant stakes in Riot Games (100%), Epic Games (40%), Ubisoft (5%), and several other North American game companies. AMC Entertainment is owned by the Dalian Wanda Group. Morgan Stanley is owned by China Investment Corp. Smithfield foods is owned by Shuanghui International. There is nothing necessarily wrong with these purchases by themselves, but these are just some illustrations of the massive holdings Chinese companies have over major Western corporations.

In some sense, a true global market seeks to encourage cross-border investment. There are a number of companies that likely would not have survived without key Chinese investment that occurred in the right place at the right time. But what happens when it goes beyond investment? What happens when those companies are not independent companies seeking growth but are in fact extensions of the nation they come from?

What happens is what we are seeing right now in America. China is imposing Chinese values on the products of American commerce and the law is unequipped to handle it.

China punished the NBA for statements made by an individual in support of a legitimate protest movement. China’s moves to ban South Park were surely designed to put economic pressure on an American entertainment company. China’s control over video game companies gives them massive power over a medium that has created some of the most far-reaching and incredible exchanges of ideas on a scale unprecedented before now.

We have already seen in 2016 the potential chaos that can occur when an external foreign media operation can buy media to affect a US election. China through these various holdings could potentially exert that influence from within. China could create massive media buys through American corporations with virtually no restrictions on that money. The Chinese government can continue to expand its holdings through further subsidiaries and “independent” companies and thoroughly avoid running afoul of antitrust laws.

There is nothing currently equipped to deal with this massive, profitable, and entirely legal influence. There is really very little to compare it to historically either. The East India Trading Company’s rule over India might be analogous, but that lacked the direct government influence we see here. Both the US and the Soviet Union exerted similar dollar diplomacy in the Cold War, but the US provided money and suggestion rather than direct control and the Soviet Union’s satellite states were autonomous in name only.

This is a 21st Century problem and will require a 21st Century solution, but the most important thing is that we acknowledge that this influence is building and growing and could have grave repercussions in the future.

Tim Zubizarreta is a J.D. Candidate (2021) at the University of Pittsburgh School of Law and the Director of JURIST’s Social Media operations. He is interested in international law, entertainment law, and technology law.

On September 16, 1974, President Gerald Ford announced a conditional amnesty program for Vietnam War deserters and draft-evaders which would waive any charges provided they agreed to work two years in public service. A Presidential Clemency Board was created to administer the program - it finished its work in September 1975 after having disposed of 14, 514 cases.

Critics said the initiative did not go far enough, however, and noted that only about 19 percent of eligible persons even applied. Learn more about the conditional amnesty program from the Papers of Charles E. Goodell, the Washington lawyer who was Chairman of the PCB, now housed at the Ford Presidential Library in Ann Arbor, Michigan.

On September 16, 1987, the Montreal Protocol on Substances that Deplete the Ozone Layer was opened for signature. It has since been signed by almost 200 nations. As a result, the Earth's Ozone Layer is expected to recover by the year 2050.

On September 16, 1898, William O. Douglas was born in Maine Township, Minnesota. Douglas went on to become Chairman of the Securities and Exchange Commission before being named to the U.S. Supreme Court by President Franklin Roosevelt. Douglas would become an influential civil libertarian on the Warren Court and the longest tenured Justice in history, serving for 36 years and 7 months. Listen to interviews of Justice Douglas as conducted by Princeton University Professor Walter F. Murphy.