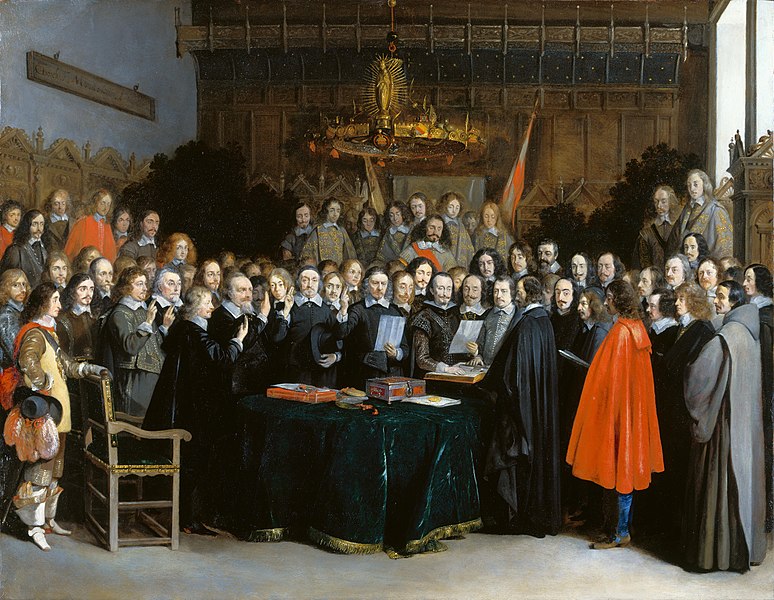 US President Donald Trump’s expanding crises with both North Korea and Iran, and his apparent willingness to withdraw from a second US-Russia nuclear arms control treaty, are just some currently prominent examples of a longer standing problem with world politics and international law. This problem is the continuing US inclination to base American national security policies on the conspicuously failed dynamics of Realpolitik or power politics. To suitably overcome this core problem – a legal and strategic quandary common to all nations in the Westphalian “state of nature” since the end of the Thirty Years War in 1648 – the United States will finally need to understand what Roman Stoic Emperor Marcus Aurelius had earlier recognized in his Meditations: “What does not benefit the entire hive (here, world legal order) is no benefit to the bee” (here, the United States, representing the individual nation state).

Since the landmark Peace of Westphalia in 1648, world politics and law have been shaped by sovereignty-centered belligerence, or chaos. Over time, especially as the technologies of global destruction become more widespread and refined, this seventeenth-century system of competitive nationalism can never properly endure. Inevitably, like a face drawn in sand at the edge of a sea, it will be erased.

What next? It’s not merely a difficult question; it is the single most bewildering and meaningful legal query of all. To begin, world leaders will need to plan rationally and self-consciously for nothing less consequential than global survival. Inter alia, this will mean an altogether new willingness to realign narrow judgments of national self-interest with the much wider legal interests of humankind.

Although this requirement will at first appear unrealistic, nothing could be less pragmatic than simply remaining on the present global collision course.

In essence, if left unchanged “or merely “modified” by the usual kinds of token reform, world politics will experience more frequent and eventually catastrophic breakdowns. To argue otherwise, or even more foolhardy, to call for some further hardening of world tribal conflict – as is precisely the case with Donald Trump’s plans for “America First” – would be to reject everything we have already learned about jurisprudence, civilization, and species survival.

Fundamentally, it’s not complicated. Unless we finally take tangible steps to implement an organic and cooperative planetary civilization – one based on the irremediably central truth of human “oneness” – there will be no civilization at all. To reject this conclusion would require plausible expectations of some already-ongoing evolution toward worldwide peace and denuclearization. Right now, of course, any such patently optimistic expectations would be out of the question.

The imperative nature of this assessment is clarified by our species’ manifest advances in creating mega-weapons and infrastructures. Augmenting these fearful examples of “progress,” major states are becoming increasingly committed to deterrent strategies of nuclear war fighting, cyber-warfare and/or “internet mercenaries.” To a considerable extent, moreover, the steady spread of internet warfare surrogates is being undertaken on behalf of plainly authoritarian regimes.

Jurisprudentially, let us be candid, we are still at the beginning. Until now, in such primal matters, we humans have consistently managed to miss what is most important. Nonetheless, the central truth is as follows: There is a latent but determinative “oneness” to all world politics.

There is more. This critical dimension of human identity can be encountered in certain vital (but generally-ignored) literature, among such philosophic giants as Sören Kierkegaard, Sigmund Freud, Hermann Hesse, Carl Jung, Jose Ortega y’ Gasset, Miguel de Unamuno and Pierre Teilhard de Chardin. Its persistent rejection in “real life,” even by the world’s allegedly great universities and law schools, reflects an elemental threat to every nation-state’s literal survival.

Antecedent questions should now arise. Why have we made ourselves existentially vulnerable? The lucid or correct answer must reveal a continuous worldwide willingness to seek personal identity in assorted memberships.

We humans generally fear solitude or “aloneness” more than anything else on earth, sometimes even more than death. Accordingly, amid the palpably growing chaos that is already stampeding across continents, we humans willingly abide a law-based loyalty to the primal claims of “tribe.” Always, everywhere, and irrespective of various peremptory expectations of law, individuals desperate “to belong” more-or-less enthusiastically subordinate themselves to expectations of nation, class or faith.

More often than we might at first care to admit, such subordination carries with it an overriding acceptance of “martyrdom.” Recalling the marooned English schoolboys in William Golding’s Lord of the Flies, we are reminded here among other things that the veneer of human law and civilization is razor thin. Vastly impressive scientific and medical discoveries aside, whole swaths of humankind remain fiercely dedicated to the conspicuously ancient practices of “sacrifice.”

In the end, such atavistic dedication lies at the very heart of both war and terrorism.

Still, we remain determinedly irrational as a species? Why? The best answer lies in our shortsighted views of “realism.” In the light of history, of course, these views are strange or incomprehensible. Not until the twentieth century, after all, did international law even bother to criminalize aggressive war.

Hope exists, we must naturally assume, but now it must sing more softly, with circumspection, inconspicuously, almost sotto voce. Although counter-intuitive, especially in the United States, the time for celebrating science, modernization, globalization and gleaming new information technologies is partially over. To survive, together, on this imperiled planet, all of us must sincerely seek to rediscover an individual life that is detached from patterned obligations “to belong.” It is only after such a rediscovery that we could plausibly hope to reconstruct world politics and law on a sounder basis.

This must be a foundation of willing global interdependence and human “oneness.”

In his landmark work, The Decline of the West, first published during World War I, Oswald Spengler had inquired: “Can a desperate faith in knowledge free us from the nightmare of the grand questions?” This remains a profound and indispensable query. The necessary answer would finally accept that the suffocating conflicts of life on earth can never be undone by improving global economies, building larger and larger missiles, fashioning and abrogating international treaties, replacing one sordid regime with another, or even “spreading democracy.”

Most importantly, we might eventually learn that a persistently tribal Planet Earth lacks a tolerable law-based future not because we humans have been too slow to learn what has been taught, but because what has been taught has largely been beside the point. It won’t be enough to assure survival even if great majorities of people can somehow acquire shiny new “personal devices,” or own cars that impressively drive themselves. Once again, these are false and prospectively injurious goals that fully miss the main point.

These traditional “remedies” would be insufficient because the planet as a whole will remain on its unswervingly lethal trajectory of belligerent nationalism and tribal conflict. To wit, French Jesuit thinker Pierre Teilhard de Chardin reminds us in The Phenomenon of Man: “The egocentric ideal of a future reserved for those who have managed to attain egoistically the extremity of `everyone for himself’ is false and against nature.” Today, the quintessential codification of this lethal and contra-legal falsity is “America First.”

In the end, we will need to take more seriously that global survival requires prompt escape from the irremediably contentious spirit of competitive tribes and a corresponding law-based acceptance of human “oneness.” For the moment, the odds of actually meeting such a difficult requirement may seem precariously low, but the evident risks are still worth taking. After all, what cannot benefit the world system as a whole can never benefit the individual nation-state.