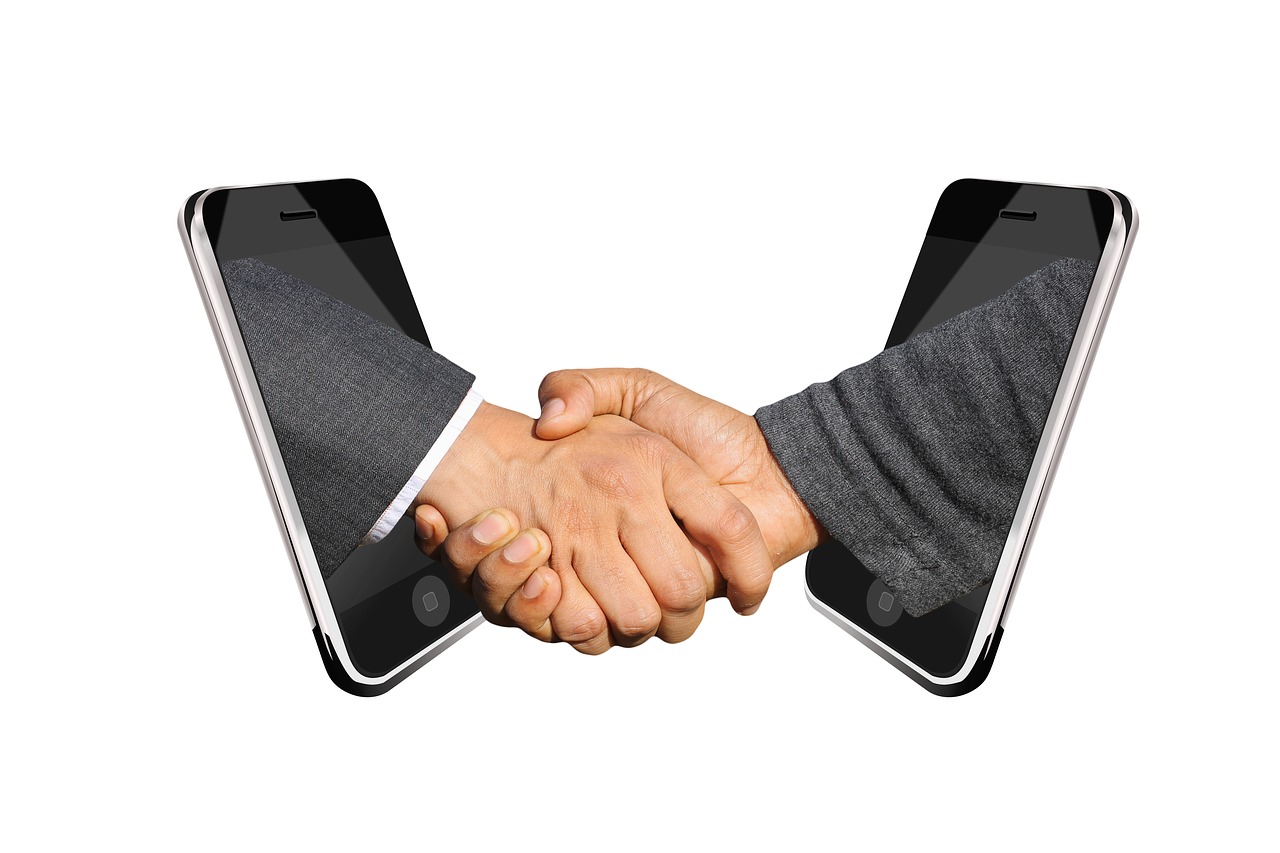 On May 21, 2019, at the annual meeting of the American Law Institute, members considered a proposal to approve a Restatement of the Law of Consumer Contracts (RLCC). Members discussed the draft for over four hours and ultimately had to defer the vote for a later meeting due to a lack of time. The subject of “consumer contracts” sounds about as interesting as reading fine print. So what stirred up such passions?

The proposed RLCC is an attempt to unsnarl the messy strands of contract law that have sprung up with the rise of all things digital. For contracts professors, nothing less than the soul of contract law (and the UCC) is at stake. As a general matter, the objective of contract law is to promote individual autonomy. A contract is a tool of autonomy. It allows parties to allocate their rights (to property) in a way that they think best. Accordingly, the traditional role of courts in adjudicating contract disputes has been to fulfill the “reasonable expectations” of the parties. Reasonable expectations is itself a compromise in the sense that it may not give a party exactly what that party intended or expected. Courts generally have navigated the “reasonable expectations” territory between two poles – consent and paternalism. They will not find a contract without consent and they will not make a contract for the parties or save the parties from making a bad bargain if that is something to which they consented. If, however, the terms are against public policy or the court suspects consent was not actually knowing or voluntarily, then they will refuse to enforce it under a doctrine such as unconscionability, duress, mistake or fraud.

Contracts allow parties to get the most out of their property by allocating rights in a way that they see fit. Accordingly, another objective of contract law is to reduce transaction costs. Parties get more value from property ownership by being able to exchange rights to that property. Efficiency in the context of contract law does not mean making choices for the parties; the law does not impose contracts on parties even if doing so would increase their welfare. Courts enforce contracts because the parties have consented, and consent is the heart of autonomy. Consequently, efficiency is a goal of contract law only to the extent that it is in the service of autonomy.

The proposed RLCC, however, favors efficiency over autonomy. It adopts as its foundational tenet the framing established in two cases, ProCD v. Zeidenberg and Hill v. Gateway. These two cases espoused the theory of “rolling contract” formation, which is much reviled by contracts professors because it makes a hash of the orderly world of contract law and the UCC. Without any support in the case law, Judge Easterbrook (unabashedly part of the law and economics movement) claimed that Section 2-207 did not apply to single form transactions and created a parallel universe of contract law which upended the traditional rules. In Judge Easterbrook’s contracts wonderland, someone could consent without knowing to what they were consenting and consent was presumed unless the party took active steps to show non-consent. As long as the adhering party had “reasonable notice” and manifested consent by not showing non-consent (i.e. by doing nothing), a contract was deemed formed. That fact that Easterbrook was a federal judge trampling on state law made the doctrinal wreckage all the more galling.

Courts generally used the rolling contract theory only with certain types of transactions. They didn’t use it when consumers signed their contracts or when they negotiated the terms. They used it when the adhering party acted in bad faith or when statutes allowed them to present terms in this way (the UCC, for example, allows warranty disclaimers provided they are conspicuous). Importantly, the use of mass consumer form contracts was contained by the limits of the physical world. A consumer would be suspicious if forced to sign a twenty-page document for a seemingly trivial transaction. Consequently, businesses reserved lengthy contracts for the most important transactions, such as buying a house or taking out a loan. Consumers generally expect warranty terms will arrive in a box with the product, and companies usually kept other restrictions and limitations to those that would fit on the two sides of a single sheet of paper. That single sheet of paper was precious real estate and so accommodated only the most important terms. Furthermore, some of these terms often had to be “conspicuous” so they took up more of that precious space on the page. All in all, it wasn’t ideal, but it worked reasonably well. Companies restrained themselves because to send a thirty-page document to every customer for every trivial transaction would have been costly in terms of both money and customer goodwill. Furthermore, if a company overreached with egregious terms, consumers could always have their day in court and try to get out of the contract.

But as the marketplace changed from tangible goods to intangible ones, the form of contracts also changed. As the world moved online, so did contracts. Digital contracts were weightless and invisible to the consumer. Businesses no longer paid a price in terms of paper or customer goodwill if they imposed too many terms. The intangibility of contracts gave rise to their ubiquity. The nature of reasonable notice changed. What was reasonable to notice on a single sheet of paper became undetectable when it required clicking on a link (or two). What was reasonable to notice when it fell out of a box or was handed to you in the form of a claim ticket became invisible if it required scrolling on a phone screen. The warranty disclaimer might be in all caps but if the user is unlikely to visit the page where the disclaimer resides, it might as well not exist. As digital contracts became ubiquitous, consumers became habituated to clicking without even reading adjacent terms. Courts, however, following ProCD’s twisted logic, considered the “reasonableness” of the notice from an ex-post perspective, which usually meant that they would notice the terms because they were looking for them. They ignored the problem of inattentional blindness and how Internet users develop tunnel vision and often don’t see links to lengthy TOS that are frequently updated.

The change in contracting form resulted in a change in the substance of contract terms. Now, the terms were no longer solely about warranty limits and disclaimers. Now, businesses claim rights to collect and sell personal information, impose mandatory arbitration clauses and obtain perpetual rights to user generated content. As a result, customers are being bound to more oppressive terms often with no ability to challenge them in a court of law.

But change is in the air. The beauty of the common law is that it usually self-corrects when it goes too far. Recent cases addressing electronic adhesive contracts have a more sophisticated and nuanced discussion of what meets the standard of “reasonable notice,” reflecting an understanding that the context and format in which a contract is presented matters. Courts are starting to view the terms from an ex-ante perspective, experiencing the consumer’s encounter with the terms the way the consumer experienced it rather than by looking at the terms in acontextual, ex-post isolation. Some courts have started to question whether a manifestation of assent is enough to show consent to all the terms, showing signs of requiring specific assent to important, rights-altering terms like mandatory arbitration or recurring fee provisions. (Berkson v. Gogo; Sgouros v. Transunion Corp; Adwar Casting v. Star Gems; see also Online Contracting: New Developments.) In other words, recent cases seem to be swinging the pendulum back toward reasonable expectations, or at least away from unconsented-to terms. Courts are, as always, attuned to opportunism on the part of the consumer and abuse on the part of the business. A consumer who takes the benefit of offered services is less likely to get away with claiming lack of notice than a consumer who does not. Similarly, a business which charges customers fees will have a higher bar to show reasonable notice than one that does not.

Critics have other objections as well, ranging from the methodology used by the Reporters and their interpretation of the cases to the precise language employed in the rules. The fight over the soul of contracts was reflected in the methodology employed by the Reporters in supporting their conclusions. They employed an empirical analysis of the cases as part of their “systematic formulation of the common law rules.” The proposed RLCC’s finding were challenged in two law review articles and were the subject of an online symposia.  Counting cases to determine the majority rule prioritized the result over the rationale and overlooked the many factual distinctions that influenced holdings. The RLCC was (and continues to be) the subject of a thoughtful and energetic discussion on a list serve of contracts law professors who care about making sure that the next generation of lawyers gets the law right.

Most disconcerting, perhaps, about the RLCC is its lack of social responsibility. Wrap contracts – shrinkwraps, clickwraps, browsewraps, scrollwraps, etc. – have been the subject of public scorn and dismay. They contribute to the sense of helplessness and the gnawing collective belief that institutional forces are working against the interest of consumers. Standard form contracts are no longer limited by paper and so they are no longer bound by convention. One academic study showed that companies had more onerous terms for their customers who bought products online than they had for their in-store customers.

Standard form contracts can turn the sale of a product into a license of one, and in doing so, change the very nature of property ownership. Standard form contracts also have a role in whether devices, such as Alexa, are permitted to spy on us in our homes and sell that information to others. Companies can learn much about us by collecting, buying and selling personal information that we “agreed” to give them (even if we did so without knowing it). We are only at the tip of the iceberg as far as where that will take us. The more information that a company has about us, the more vulnerable we are to manipulation.

As our ability to control our data becomes more critical to our individual freedom, our ability to refrain from contracting away our rights becomes more important. The RLCC essentially shrugs its shoulders and claims it can do nothing about the social problems created by contracts run amok. Yet, that claim is untrue. Contract law was designed to do this, and it has done so by protecting the reasonable expectations of the parties. Instead, of feigning helplessness, the RLCC should help rebuild the public’s faith in the law by rehabilitating contract doctrine and restoring it to its former glory.

Nancy S. Kim is a Professor of Law at California western School of Law, and Visiting Professor at Rady School of Management, University of California, San Diego.

Suggested citation: Nancy S. Kim, The Proposed Restatement of the Law of Consumer Contracts and the Struggle Over the Soul Of Contract Law, JURIST – Academic Commentary, June 2, 2019, https://www.jurist.org/commentary/2019/6/nancy-kim-contracts-restatement