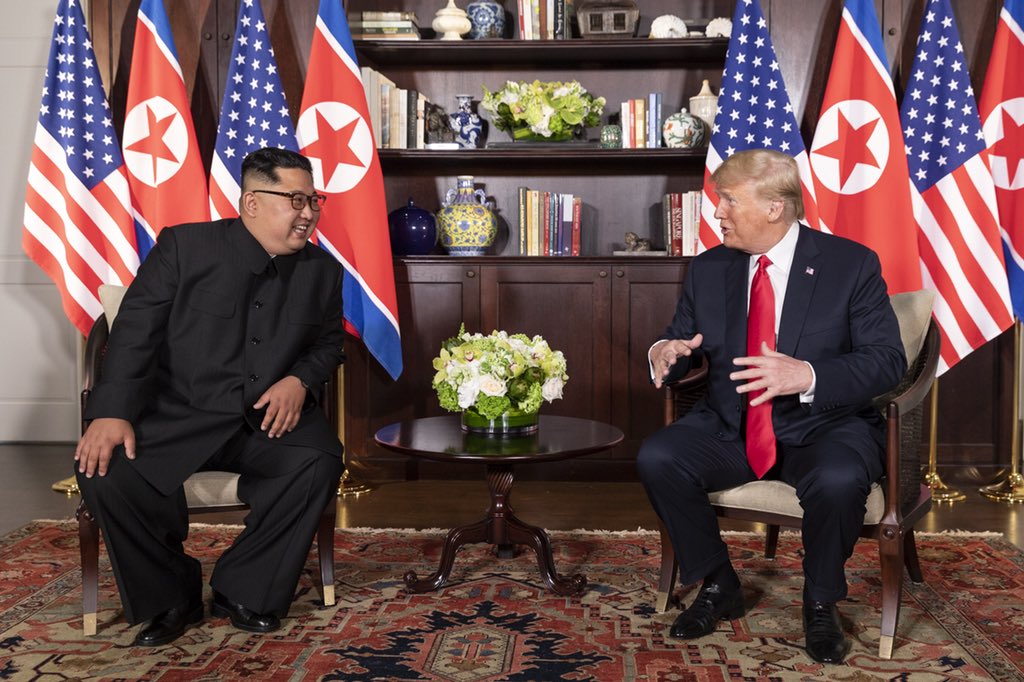 In the continuously unsettling matter of Otto Warmbier, Donald Trump and Kim Jung Un, a key legal point has been overlooked or obscured: Whether or not the North Korean leader actually knew of Mr. Warmbier’s brutal treatment, torture and death, he remains fully responsible for this crime under pertinent law. This is primarily because of a core principle in binding jurisprudence known formally as respondeat superior or “Let the master answer.” Following landmark post World War II judgments at both the Nuremberg and Tokyo trials, any commanding “master” – but most notably the recognized head of a sovereign state – is correctly held responsible for the behavior of his designated or linear (chain-of-command) subordinates.

Even if, Kim Jung Un was, in fact, unaware of what went on in this particular case, he nonetheless remains legally responsible because after the Nuremberg and Tokyo trials he certainly “ought to have known.” It follows then that not only has US President Trump been unmindful of such a conspicuously basic or peremptory legal precept (significantly, one that is a part of US law under assorted expectations of the US Constitution’s Article 6 “Supremacy Clause” and also various corollary US Supreme Court decisions including the Paquette Habana and Tel-Oren v. Libyan Arab Republic) but so has the US National Security Advisor. Ironically, NSA John Bolton is a former UN Ambassador and a lawyer by profession. He should be familiar with this indispensably critical rule of international law.

Another key question needs to be raised in this still-ongoing matter: Where is the US Congress positioned on such a fundamental legal misunderstanding (or betrayal)? Why have no Members weighed in concerning strongly relevant jurisprudence and its derivative obligations?

The modern principle of individual leader culpability under international law has a clear history which can be traced back to the Leipzig Trials following World War I. In essence, this jus cogens principle (a principle of law that is never subject to any modification or “derogation”) is the reciprocal or “flip side” of the international law argument rejecting a defense of “superior orders.” This precedent-setting rejection became most evident and prominently binding in the 1946 judgments of the Nuremberg Tribunal.

Later, it was reaffirmed for the United States during the 1970-71 US military court martial prosecutions for the My Lai Massacre committed by American forces in Vietnam on March 16, 1968.

Today, respondeat superior is authoritatively held to be an integral and incontestable part of customary international law and is thus ipso facto a part of US domestic law. Moreover, this authoritative incorporation is as fully valid as any corresponding Supremacy Clause incorporations of US ratified treaties into American law.

Whether examined in an expressly military context and/or in a civilian leadership context such as that of North Korean leader Kim Jung Un, jurists are speaking here of “command responsibility” (sometimes called “vicarious liability”). The key legal concept in this regard is the “Yamashita Standard,” drawn plainly from the post-War trial of General Tomoyuki Yamashita by a US military commission in late 1945. General Yamashita was executed on 23 February 1946 expressly because “he ought to have known” of the egregious crimes underway by soldiers under his specific command.

Accordingly, even if Mr. Trump were now factually correct about Kim’s alleged lack of knowledge concerning Warmbier’s mistreatment and murder, it would be immaterial in law. Even if Kim had been utterly unaware of what had happened (an altogether implausible assumption, of course) he would still bear “vicarious liability” or “command responsibility.” In essence, especially after Yamashita, if Kim didn’t know he still “ought to have known.”

Under any circumstances, the North Korean leader’s lack of pertinent knowledge would not have been exculpatory, and US President Trump’s corresponding refrain concerning this purported lack would merely underscore his own incorrect assertions about criminal responsibility.