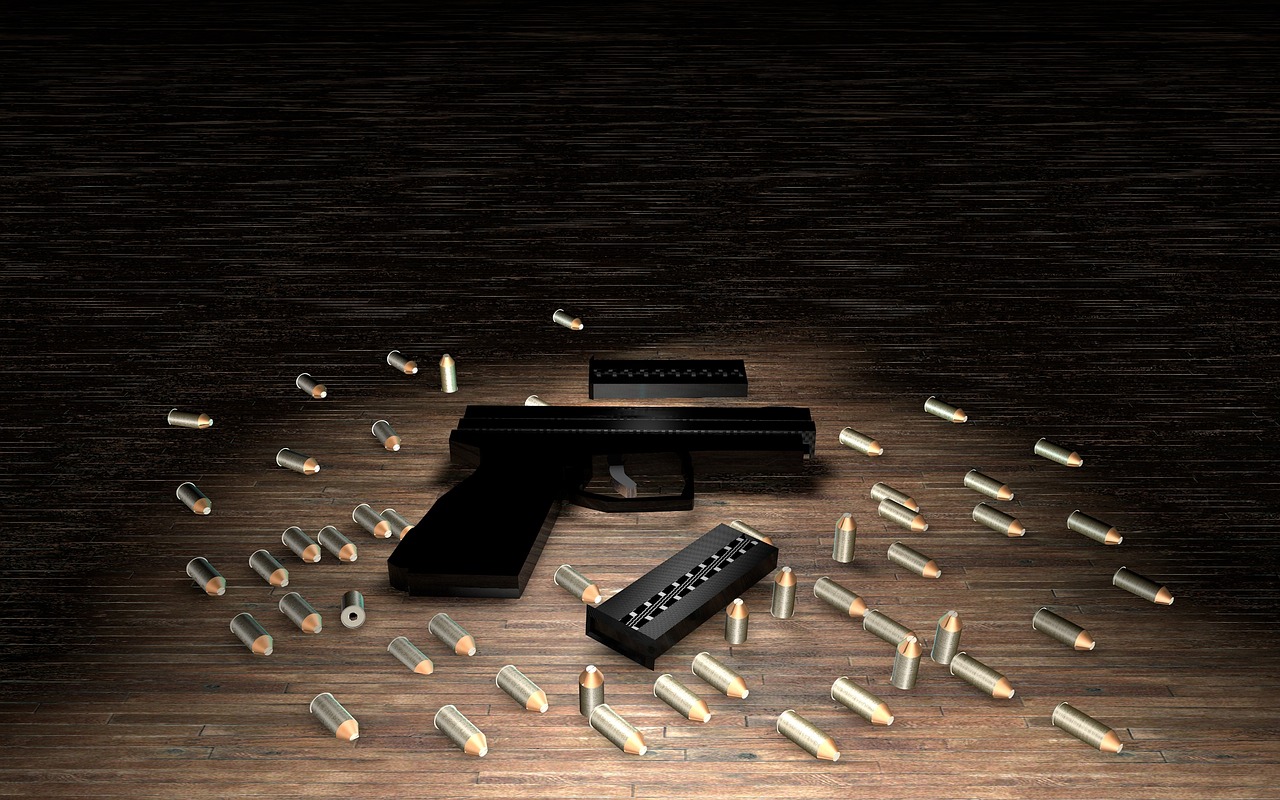 kalhh / Pixabay
JURIST Guest Columnist Jacob D. Charles of Duke University School of Law discusses a bill in Congress to close the "loophole" in current gun laws that allows individuals to have a gun without a FBI background check...

On June 17, 2015, Dylan Roof burst into a prayer service at Emanuel A.M.E. Church in Charleston, South Carolina with a .45 caliber Glock. He killed nine churchgoers and injured another. In the aftermath of the shooting, the FBI explained that Roof “should not have been allowed to purchase the gun he allegedly used that evening.”

Congress is currently considering a bill to close the “loophole” that allowed Roof to have a gun. Whatever the merits of that bill are as a matter of policy, it does not appear to directly conflict with the Second Amendment.

Roof had purchased the Glock two months earlier at a firearms store in West Columbia, South Carolina. The store contacted the FBI to run a background check on Roof, but the FBI did not finish the check within three business days. Under existing law, when the government does not complete the background check in this time period, the gun dealer is permitted to proceed with the sale.

In 2017, the FBI reported that gun dealers had completed more than 4,800  of these “default proceed” sales to persons the FBI later determined were prohibited from possessing firearms. In this case, Roof had been arrested several months before his purchase for admitting to illegal possession of narcotics. Federal law prohibits firearm possession by anyone “who is an unlawful user of or addicted to any controlled substance.”

Most background checks are processed quickly, since it is called the National Instant Criminal Background Check System (“NICS”) after all. In some cases, the three-day time limit can prove difficult. As one federal judge said in reviewing lawsuits that arose from how the FBI handled Roof’s background check, the “tight time window is imposed on a system incredibly stressed by the huge volume of daily inquiries received by NICS, which totaled on average 22,000 per day and 8.2 million per year in 2014.”

Only a few weeks ago, the House of Representatives passed one of the first major changes in the background check system in decades. H.R. 1112, the Enhanced Background Checks Act of 2019, closes what has been called the “Charleston Loophole” which allowed Dylan Roof to purchase the weapon. The Act now gives the FBI ten business days to clear a background check. If the FBI has not concluded its review in that time period, a purchaser can petition the FBI to review the request. After another ten days, if no conclusion has been provided the dealer may proceed with the sale.

Supporters of the legislation celebrate it as an important step toward ensuring that dangerous individual cannot access firearms. Some critics, on the other hand, contend that the Act promotes inefficiency and gives the FBI the “sort of discretion [that] poses a danger to Second Amendment rights.” Whether H.R. 1112 represents sound policy or not, the constitutional argument seems to be an uphill battle for those opposed to the legislation.

In District of Columbia v. Heller from 2008, the Supreme Court declared for the first time that the Second Amendment protects an individual’s right to keep and bear firearms in the home for private purposes, such as self-defense. However, the Court pointed out that nothing in the ruling “should be taken to cast doubt on . . . laws imposing conditions and qualifications on the commercial sale of firearms.” While the Court found these laws should be presumed lawful, it did not provide a framework of how courts should assess whether a given commercial regulation passes constitutional muster.

There has never been serious debate within the courts on whether the existing federal background check system may itself violate the Second Amendment. Many commentators have noted that the Court went out of its way to ensure that the basic framework of existing federal law was not threatened by its Heller decision. Nonetheless, gun-rights advocates may argue that H.R. 1112’s time extension could lead to delays impinging on the right in a way the Supreme Court did not envision in 2008. However, eighteen states already have laws that either mirror or are broader than the Act, by imposing a waiting period for firearms purchases or extending the time to purchase until a background check is complete. States already require a more robust background check than that mandated under federal law. For example, New York law gives law enforcement authorities up to six months to complete investigations.

Given state legislation, along with the current practice in federal appellate courts, any constitutional argument against the Act faces substantial hurdles. One major example is the court of appeals’ treatment of an analogous regulation: waiting periods for firearm purchases. In 2016, in Silvester v. Harris, the United States Court of Appeals for the Ninth Circuit upheld a California law instituting a ten day waiting period for firearm purchases, even as applied to those individual who have already purchased a firearm via a timely background check. Challengers denied there was any legitimate interest in a “cooling off” period once the purchase was completed.

The Ninth Circuit recognized that the law strained the Second Amendment right, but declared there was a “small” impact since the delay is short and the law “does not prevent, restrict, or place any conditions on how guns are stored or used after a purchaser takes possession.” The Court proceeded to follow a regular practice in federal courts, applying intermediate scrutiny to judge whether the law is constitutional. The state argued that the law was adopted to allow time for California authorities to conduct thorough background checks and to provide a “cooling off” period. The Court held that the law was narrowly tailored to meet the government interest of public safety.

Whether the Ninth Circuit decision was correct as applies to those plaintiffs, the case illustrates how courts have upheld laws broader than H.R. 1112, even when not as closely tied to the public-safety rationale in allowing full completion of background checks. Supporters of the Act may argue that allowing the FBI additional time to conduct investigations helps ensure complete vetting of the small number of checks that exceed three days. Since the law itself does not create any additional waiting time once the investigation is finished, a court confronting a constitutional challenge would likely conclude there was a reasonable fit between the law’s means and its ends.

That is not to say, however, that there will not be times where the courts need to intervene in individual cases. In fact, federal law expressly provides that anyone denied a firearm under the background check system, and who otherwise is not prohibited from owning a gun, can sue the government in federal court “for an order directing . . . that the transfer be approved.” If the suit is successful, the law gives the court discretion to order the government to pay all legal fees. Courts have used this provision to compel the FBI to approve a transfer for a specific purchaser when the system is not functioning properly. There is no reason why this provision could not be successfully employed in the (likely) rare case in which a purchaser had exhausted his options under H.R. 1112.

In short, while the policy arguments surrounding the wisdom, efficacy, and need for the Act are fraught and contentious, existing constitutional doctrine would make a Second Amendment challenge to H.R. 1112 extremely difficult.

Jacob D. Charles is the Executive Director of the Firearms Law Center at Duke University School of Law.

This article was prepared for publication by Ashley Rundell, JURIST Staff Editor. Please direct any questions or comments to her at commentary@jurist.org