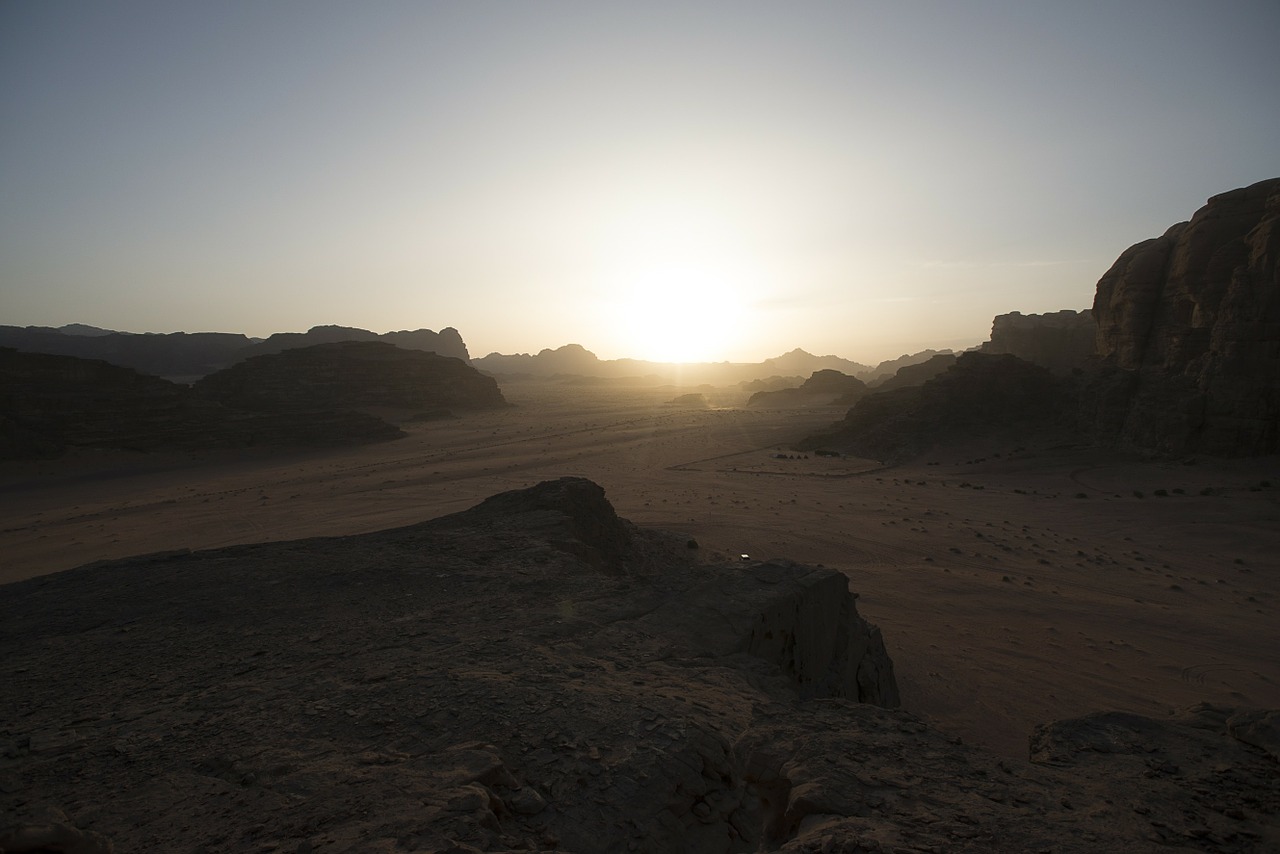 Contrary to conventional wisdom, both nuclear deterrence and associated forms of nuclear strategy, including preemption, can support the authoritative expectations of international law. The adequacy of international law in preventing a nuclear war in the Middle East will depend upon more than formal treaties, customs and “the general principles of law recognized by civilized nations.” It will depend, especially, upon the success or failure of particular countries’ strategies in the volatile region. Therefore, if Israel’s nuclear strategy should successfully reduce the threat of nuclear war, either because of viable forms of nuclear deterrence or because of essential preemptive strikes, this strategy could be considered as an authentic component of international law enforcement.

Pertinent threat scenarios should remind Israel of an always overriding need for applicable nuclear theory based upon coherent scholarship. Among other things, this core need would postulate a counter-value targeted nuclear retaliatory force that is recognizably secure from enemy first-strikes and is seemingly capable of penetrating an enemy state’s deployed active defenses. Inter alia, to best meet this imperative security expectation, the IDF would be well-advised to continuously advance with its sea-basing (submarines) of designated portions of the country’s nuclear deterrent force.

To satisfy the equally important and complex requirements of “penetration-capability,” Tel-Aviv will have to stay conspicuously well ahead of foreseeable enemy air defense refinements.

All such recommendations, if duly followed, could convincingly enhance not only Israel’s national security, but, correspondingly, the more general prospects for nuclear war avoidance in the Middle East.

Sooner rather than later, Jerusalem will need to consider a partial and possibly sequenced end to its historic policy of “deliberate nuclear ambiguity.” By selectively beginning to remove the “bomb” from its metaphoric “basement,” Israel’s national strategic planners would be better positioned to enhance the credibility of their country’s vital nuclear deterrence posture and the safety of the region. In this case, any enhancements of Israel’s deterrent would effectively enhance the wider objectives of pertinent international law.

In Israel’s strategic nuclear planning, would-be aggressors, whether nuclear or non-nuclear, must be systematically encouraged to believe that Jerusalem maintains the required willingness to launch measured nuclear forces in retaliation and that these nuclear forces are sufficiently invulnerable to any-contemplated first-strike attacks. Additionally, these enemies must be made to expect that Israel’s designated nuclear forces would reliably penetrate all their already-deployed ballistic-missile and related air defenses.

Israel, and the wider region, could benefit from releasing at least certain broad outlines of its always-evolving strategic configurations. Without a prior and well-fashioned strategic doctrine, no such release could make sufficiently persuasive deterrent sense. At the same time, a too-pointed release could be interpreted as a too-explicit rejection of NPT (Nonproliferation Treaty) objectives—a Treaty to which Israel is not a party (and is therefore not beholden by law) but which nonetheless is still generally regarded as an authoritative regional nuclear “benchmark.”

Selectively released Israeli nuclear information could support the perceived utility and security of Israel’s nuclear retaliatory forces. Once disclosed, it should center purposefully upon the targeting, hardening, dispersion, multiplication, basing, and yield of national ordnance. Under certain conditions, the credibility of Israeli nuclear deterrence could vary inversely with the perceived destructiveness of its relevant weapons.

Unsurprisingly, there will be many interrelated policy concerns, all with some measure or other of prospectively legal significance. One such concern underscores that Israel will need to prepare differently yet subtly for engagements with an expectedly rational nuclear adversary than for an expectedly irrational foe. In such variously nuanced and unprecedented circumstances, national decision-makers in Jerusalem would need to distinguish precisely and meaningfully between genuine enemy irrationality and feigned enemy irrationality.

How should they be reasonably expected to make such highly imprecise distinctions?

In studies of world politics, rationality and irrationality have taken on specific meanings. More precisely, an actor (state or sub-state) is determinedly rational to the extent that its leadership always values national survival more highly than any other conceivable preference or combination of preferences. Conversely, an irrational actor might not always display such a determinable preference ordering. Apropos of the scientific limitations already discussed, however, ascertaining when such an adversary (e.g., Iran) would actually be rational or irrational could prove to be a very inexact undertaking.

In actual practice, operationalizing these potentially indecipherable distinctions would present staggeringly complex intellectual challenges and would need to take account of whether the scrutinized adversaries were (1) fully or partially sovereign states; (2) sub-national terrorist groups; or (3) “hybrid” enemies comprised of assorted state and sub-state foes. A subsidiary but still daunting task would be to ascertain the effective ratio of decision-making responsibilities among all hybridized foes.

How should this multi-layered assessment be carried out?

In principle, at least, such a task might prove not just daunting, but literally impossible.

At a minimum, this would not be a task for the intellectually faint-hearted or even for any self-described “very stable genius” (the self-description offered by US President Donald Trump). In further specific regard to President Trump, his presidency itself is apt to be an increasingly important factor in managing Middle East nuclear war avoidance. To successfully keep the nuclear “lid” on in this volatile region, American foreign policy will need to be made more coherent, predictable and law-oriented. More precisely, the White House will need to better clarify its position on a Palestinian state, Iranian nuclearization and, reciprocally, on any prospective Sunni nuclear weapons preparations oriented toward deterring Shiite Iran.

Whatever calculable nuances will be encountered in Jerusalem and Tel Aviv (political leadership/IDF leadership), the only rational way for Israel to successfully meet these growing and overlapping challenges will be to stay well ahead of its adversaries through the inestimable power of strategic erudition and high-quality scholarship. Long ago, in classical Greece and Macedonia, the linked arts of war and deterrence were already being described by military planners as theoretic challenges of “mind over mind;” not merely as crude ad hoc contests of “mind over matter.” For Israel and the wider Middle East, such ancient descriptions remain even more valid today.

There is one further relevant observation concerning Israel’s nuclear strategy and American national security. Although analysts generally examine the foreseeable impact of US nuclear guidance upon Israel, it would be equally valid and important to consider the impact of Israel’s nuclear strategy upon US national security. In essence, though generally unrecognized, there is an ongoing and reciprocal connection between these two factors, a sort of continuous policy feedback-loop. Going forward, this “loop” should more routinely be examined as a mutual and dynamic relationship than as a merely static and one-directional connection.

One evident conclusion here must be that the suitability and durability of Israel’s nuclear strategy will impact not only the Middle East, legally as well as strategically, but also specifically American security risks and benefits. Accordingly, to the extent that Israel’s nuclear strategic policies could have certain “spillover” effects for the United States, this country would be the unintentional beneficiary of Israel’s own strategic scholarship and planning. It also follows that should Israel’s nuclear posture somehow fail to meet that beleaguered country’s most urgent or existential security expectations, the derivative effect upon the United States would be correspondingly negative.

Any Israeli scholarship focused on nuclear war avoidance will primarily be in response to certain world security configurations shaped by the United States. In this connection, Jerusalem will need to pay special attention to the growing importance of “Cold War II,” an adversarial expansion between Washington and Moscow with more-or-less conspicuous manifestations and reverberations throughout the wider world. If, for example, geopolitical competition between the superpowers should become more tangibly war-oriented in Asia—most notably in regard to ongoing North Korean nuclearization—that could have significantly determining effects upon Israel’s nuclear posture and a Middle Eastern nuclear war.

It also ought to be recalled that earlier North Korea had helped Syria build a nuclear reactor, the same facility that was later destroyed by Israel in its Operation Orchard, on September 6, 2007. Although, unlike earlier Operation Opera, this preemptive attack, in the Deir ez-Zor region, was presumptively a second expression of the so-called “Begin Doctrine.” It also illustrated, because of the express North Korea connection, a much wider global threat to Israel in particular.

Effects would likely be most dramatic if there were any genuine nuclear exchange between the United States and North Korea, circumstances in which the nuclear war threshold had actually been crossed. Similar connections could obtain in the aftermath of an India-Pakistan nuclear exchange, and would largely depend upon specific and still-ascertainable Russian/American alignments with either Delhi or Islamabad. In essence, in both of these conflict dyads—US-North Korea and India-Pakistan—any expression of authentically nuclear belligerence, however indirect, could immediately and gravely impact Israel’s nuclear strategy and resultant regional security.

Here, a greater familiarity with certain jurisprudential principles could advance legal as well as strategic obligations, most plainly those that William Blackstone famously expressed in his Commentaries on the Law of England (Book 4 “Of Public Wrongs”): “Each state is expected, perpetually,” noted Blackstone, “to aid and enforce the law of nations, as part of the common law, by inflicting an adequate punishment upon the offenses against that universal law.”

Such ideas don’t just pop up in a theoretic vacuum. Blackstone is ultimately indebted to Cicero’s antecedent description of natural law in The Republic: “True law is right reason, harmonious with nature, diffused among all, constant, eternal; a law which calls to duty by its commands and restrains from evil by its prohibitions. . . .”

“Just wars,” wrote Hugo Grotius, the unchallenged founder of modern international law, “arise from our love of the innocent.” Now, however, it is plain, by definition, that a nuclear war could never be “just” and that certain earlier legal distinctions (e.g., just war vs. unjust war) must be continuously conformed to ever-changing technologies of destruction. The only sensible adaptation in this regard must be to acknowledge the persisting connections between international law and natural law, and then to oppose any retrograde movements by powerful nation states to undermine such vital acknowledgments. In the final analysis, to successfully prevent a nuclear war in the Middle East, it will be necessary to mightily resist any world system declensions toward further belligerent nationalism.

Now, more than ever, a core responsibility of international law must be to consciously undermine the relentlessly corrosive dynamics of Realpolitik.