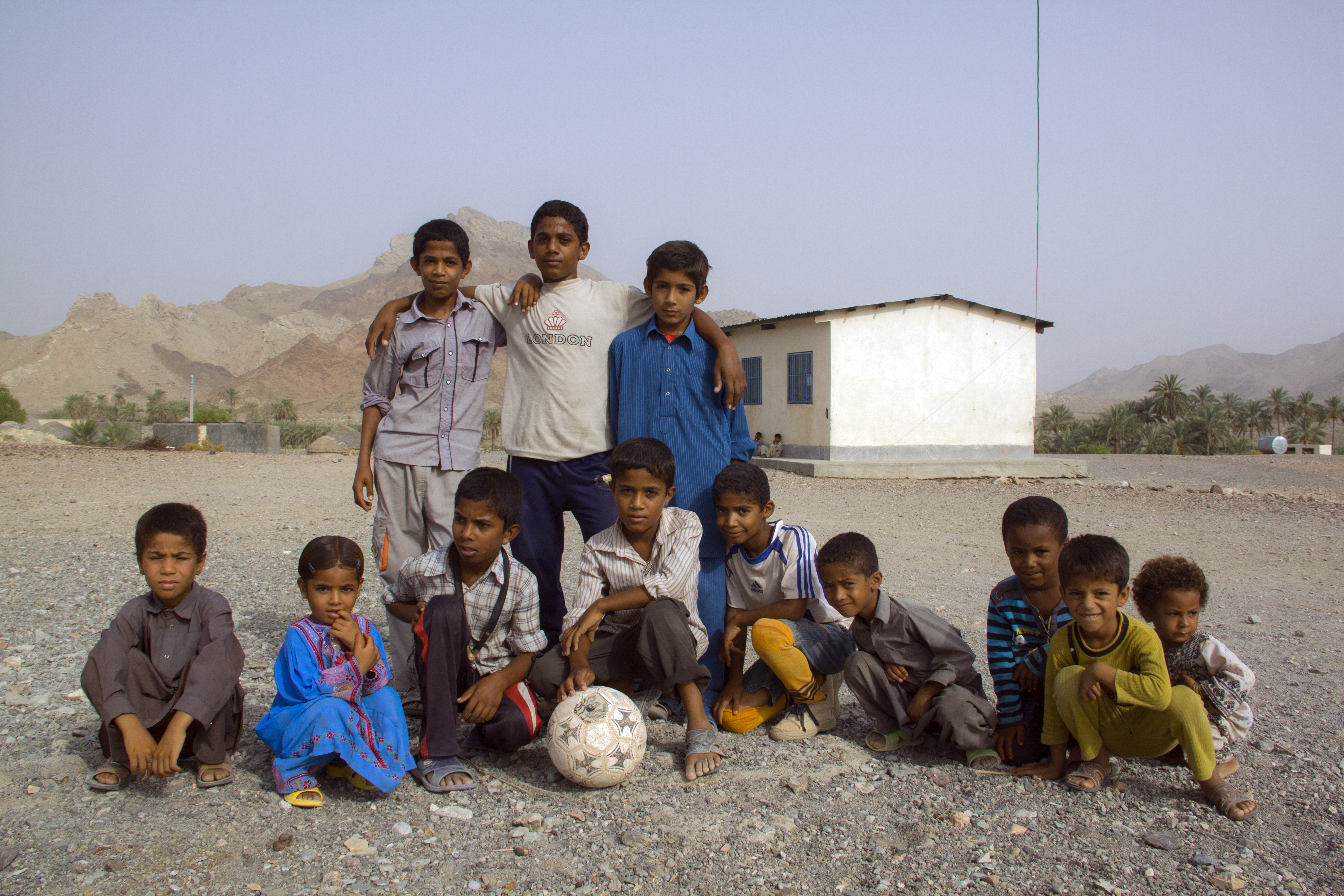 In January 2018, following the killing of Iranians in European countries, the EU imposed new sanctions on Iran. This came after the Trump administration imposed sanctions on Iran after withdrawing from the Joint Comprehensive Plan of Action in August 2018. The International Court of Justice then issued a decision ordering the United States to lift the sanctions linked to humanitarian trade, food, medicine, and civil aviation on the basis of the 1955 US-Iran Amity Treaty. This led the Iranian foreign minister, Javad Zarif, to state on Twitter that the sanctions disregarded Iranians’ human rights.

Iran is one of the countries with a long-standing history of international sanctions. The country has been impacted by three types of sanctions: United Nations sanctions, European Union comprehensive multilateral sanctions and United States unilateral sanctions. The impact of these sanctions on Iranian citizens’ human rights is under-estimated. Yet, decades of sanctions have had a deep effect on people’s lives and on society, as illustrated by the ongoing twitter testimonies found under the hashtag “TargetingOrdinaryIranians.”

The renewal of sanctions against Iran raises the necessity of examining the human rights’ impact of such restrictive punishments. The main question at hand is to understand why the international community seems to support sanctions despite the violations of human rights law. How far are states ready to go when violating human rights in the name of controlling the Iranian authorities, with perhaps, the goal of changing the governance system in place?

In 1996, Reisman observed sanctions rarely reach their targets – the political and military elite – and deeply impacted the population in Haiti. It is indeed impossible to separate sanctions from their economic and social impact on a population. Studies demonstrate sanctions have the same effect as war. This is why the Iranian authorities have focused on denouncing the sanctions on human rights grounds. Gholamali Khoshroo, Iran’s representative to the United Nations, stated sanctions were morally wrong and violate basic human rights.

These unjust and harmful sanctions are destroying the economy and currency of Iran, driving millions of people into poverty and making imported goods unaffordable […] The current system creates doubt and ambiguity which makes it all but impossible for Iran to import these urgently needed humanitarian goods. This ambiguity causes a ‘chilling effect’ which is likely to lead to silent deaths in hospitals as medicines run out[.]

The rapporteurs are correct to point out the human rights’ violations. The right to health is currently being breached. Iran has developed a public insurance coverage, the bimeh, which has been unable to provide full coverage due to the economic impact of the sanctions. As a result, the poorest cannot have access to full medical services. Citizens who can afford private healthcare insurance have seen the list of services covered drastically reduced. As a result, Iranians are converging towards a saturated and impoverished public health system. Other health ramifications are difficult to quantify, for example, suicides or addiction as a result of job loss.

Past and current sanctions have breached the right to life. The sanctions have caused a major disruption to the distribution of medical supplies and medicine. Individuals have struggled to buy the relevant medicine to treat life-threatening diseases like cancer. Some have tried to buy cheaper medicine online or on the black market, often with disastrous outcomes. While no statistics are available, it is clear that Iranians have died as the result of the lack of available medicine. The sanctions have also made it impossible to buy pieces for aircrafts or cars. As a result of the lack of proper engineering support, two planes crashed in early January 2019.

The right to food is also limited as prices soar. Meat and fruits have become a luxury. The development of a black market means that the most vulnerable individuals cannot buy some food while the elite may purchase whatever. The sanctions also bear on fertilizers so crops have not been producing enough, making Iran even more dependent on imports blocked by sanctions. This happens at a time of severe drought caused by climate change stressing the need to take care of the water system and sanitation facilities. However, this impossible without the relevant engineering pieces. This, in turn, impacts the right to development.

Education is also struck. In rural areas, children must contribute to labor rather than attend schools or are unable to purchase school books and any other relevant educational material due to their price. The sanctions have also impacted Iranians abroad as illustrated by the inability of students to pay their university fees or individuals who are being de-risked through the freezing of a bank account.

Women’s rights are also impacted by the sanctions. Urban women recently have been empowered through work and were pushing back the age of marriage and child-bearing. This fragile uprising is now threatened as women are either unable to find work or are the first ones dismissed during slews of layoffs. The conservative leaders then use the economic situation to justify new laws on family or work that limit women’s contribution to the public sphere as well as their presence in society.

Iran is also host to one of the largest refugee communities in the world. As the authorities are unable to provide for their own, they have cracked down on refugees to ensure their prompt departure, fuelling in part the migration towards Europe.

The right to work is also at stake as many citizens have lost their jobs. In November 2018, workers at a sugar cane plant in Ahvaz went on strike due to unpaid wages. The economic crisis has caused protests, sit-ins, and demonstrations leading to internal tensions. The authorities have responded by arresting some of the trouble-makers to lessen chances minorities or woman would join the protests. Although women and minorities’ have protested, such popular movements are still marginal.

Consequently, the over-whelming blow of sanctions effects mostly the vulnerable: children, women, refugees, the insolvent, people with disabilities, the infirm, and minorities. It is therefore clear and evidenced that the sanctions are impacting the human rights of Iranian citizens.

However, the right to self-determination of the Islamic Republic of Iran is also at stake, as the sanctions are partly aimed at controlling the nuclear production but also at punishing Iran for its human rights record, with the goal of a regime change. Perhaps the international community believes if Iranians use their civil and political rights to protest the economic crisis, it could lead to a regime change. This is a misunderstanding of the importance of economic and social rights in Iran at the present time. The clash between human rights ideals undermines political efforts at changing the governance system.

The sanctions thereby openly advocate for interference, which has been labeled the new imperialism. This belief is strengthened by the inability of the authorities to respect human rights as stated in the Iranian constitution (right to life, right to food, gender equality…) due to external obstruction. In such a context, human rights become a luxury, raising doubts about their universality. How can human rights be universal when they are used to coerce a country into forfeiting its sovereignty, thereby supporting a foreign power’s political agenda? It is a double standard practice the Iranian authorities have long complained about.

Overall, the human rights’ violations of the Iranians living under sanctions illustrate why the United Nations Food Programme has called sanctions “brutal instruments.” It is the powerless and the voiceless citizens that are struck first in the name of human rights. Some scholars and practitioners argue that sanctions will bolster human rights, while the impact is clearly that of a violation of economic and social rights. This is not a schizophrenic attitude towards human rights if one considers the overall aim of the sanctions is to ensure a change of regime that would hopefully respect human rights. This, therefore, creates a double standard, where the United States and the European Union can use international human rights law to criticize the Islamic Republic while simultaneously breaching Iranian citizens’ rights. It begs the question of “which” human rights standards are applicable to Iranians? Should Iranians be punished for a system that exists above and beyond them?