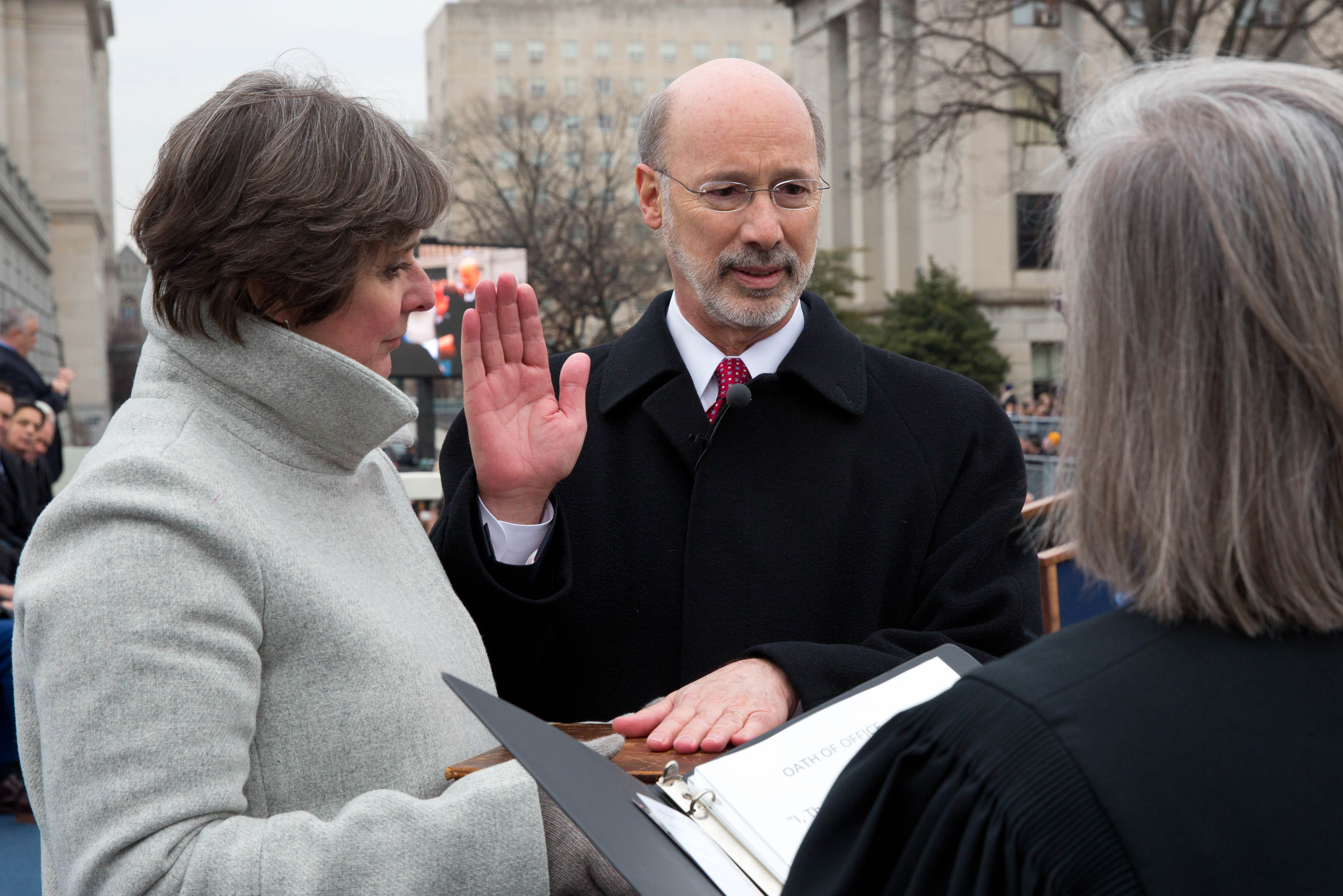 The news on the climate crisis has been bad lately and getting worse. In the face of President Trump’s continued denial and his administration’s diligent efforts to roll back every shred of progress made by the Obama administration and to prop up an ailing coal industry, the warnings from the scientific community have only become more dire.

In November, 13 of Trump’s own agencies released a 1,600-page report confirming that climate change is already impacting communities across the country — bringing major storms, droughts, disease, water shortages, and more. That came on the heels of the latest report from the Intergovernmental Panel on Climate Change (IPCC), warning that climate change is occurring more rapidly than previously thought. The report predicted catastrophic consequences if we don’t make “rapid,” “far-reaching,” and “unprecedented” “transitions in energy, land, infrastructure, and industrial systems” within the next 12 years.

What a relief, then, to actually get some good news on climate this month. Governor Wolf’s January 8 Executive Order on the climate crisis is welcome news indeed and undoubtedly a step in the right direction. His order calls climate change “the most critical environmental threat confronting our world” and sets specific goals for the reduction of greenhouse gas emissions in Pennsylvania — 26 percent by 2025 and 80 percent by 2050, from 2005 levels. While a number of other states have had similar emissions reduction goals on the books for some time, many of those (though not all) are states in which reliance on coal is already relatively low. Pennsylvania, according to the U.S. Energy Information Administration, is the third-largest coal producer in the nation. Twenty-two percent of the state’s electricity is still generated from coal. It is also the fourth largest emitter of CO2. So, for Pennsylvania to make this pledge is significant.

The executive order also directs Commonwealth agencies to take a whole list of actions to reduce their carbon footprints in the coming years. This directive is particularly impressive in its specificity. The order requires agencies to reduce energy consumption by 3 percent per year, to replace 25 percent of the state’s passenger car fleet with electric or plug-in electric hybrid cars by 2025, to offset 40 percent of electricity use with renewable energy or renewable energy credits, and to make sure any new building or major renovation projects achieve a 10 percent reduction in energy consumption. The governor could have filled his E.O. with vague promises and hortatory phrases. His choice to specify particular numeric measurable requirements instead is commendable.

The simple steps that government agencies can take by changing their procurement and energy consumption habits are important and have more than just symbolic impact. State agencies represent a large enough portion of the economy that these changes can produce significant emissions reductions in their own right. Through the government’s very real purchasing power, they can also provide the jump-start that green industries need to get moving, reduce prices, and begin attracting more widespread business from the private sector.

But, while undoubtedly a laudable first step, the executive order could have and should have gone further.  The statewide goals are better than nothing, to be sure, but they are based on outdated science.  The latest IPCC report says in order to avoid catastrophe, we need immediate, deep reductions in carbon emissions. That means cutting emissions by 45 percent by 2030 and by 100 percent by 2050, rather than the 80 percent target the E.O. sets. That is, global greenhouse gas emissions have to get to net zero by mid-century in order to avoid climate change impacts that threaten major ecological, economic, and political disruptions that could shatter the foundations of civilized life on a global scale.

Transforming our economy to produce net zero emissions just over three decades from now will require us to make big changes quickly. But conspicuously absent from the governor’s new executive order are any specifics on how he plans to achieve the emissions reductions from the private sector necessary to meet the order’s climate goals. Maybe he’s figuring he can count on the largely market-driven trend in Pennsylvania away from coal and toward natural gas to get us to the 2025 goal. But that passive reliance on market forces is not going to get us to an 80 percent reduction by 2050, and certainly not to net zero. Sure, the governor has a legislature that won’t touch climate legislation with a 10-foot pole, but there’s so much more his executive order could have done.

Ironically the executive order begins with the language of the Pennsylvania Constitution’s Environmental Rights Amendment (ERA): “WHEREAS . . . the Constitution of Pennsylvania . . . preserves the commonwealth’s citizens’ right to clean air, pure water, and the preservation . . .  of the environment . . .” But that language actually imposes a constitutional obligation on the governor to go beyond what he said in the executive order and address private-sector greenhouse gas emissions. We know that because in a landmark 2017 case, the Pennsylvania Supreme Court said so, declaring that the ERA requires all levels and branches of Pennsylvania government to “prohibit the degradation, diminution or depletion of our public natural resources, whether these harms might result from direct state action or from the actions of private parties” [emphasis added].

Why not direct the Commonwealth’s agencies to change the criteria they use in awarding contracts so that private companies compete not just with respect to project costs, but with respect to sustainability? Award contracts to companies that can show they are achieving the same kinds of energy efficiency and renewable energy benchmarks that the governor has imposed on the agencies themselves.

The executive order does use fairly broad language in defining the mission of the new GreenGov Council, created under the order to oversee agency sustainability efforts. It requires the new Council to “encourage the incorporation of environmentally sustainable practices into the Commonwealth government’s policy, planning, operations, procurement, and regulatory functions . . . to achieve the goals set forth above.” This language certainly gives the new Council the power, and arguably the obligation, to suggest and incentivize agency programs like the one I suggest above and to also encourage the agencies to interpret their regulations and policies wherever possible in ways that require or incentivize sustainable practices in the private sector. And I certainly hope and expect that the GreenGov Council will take this mission seriously.

But why not include language in the executive order imposing a mandate directly on agencies to prioritize sustainability goals in the promulgation and interpretation of policies and regulations impacting the private sector? The order makes a nod in this direction with language requiring the agencies to “[d]evelop policies to incorporate the strategies outlined in this order to achieve the Commonwealth’s Performance Goals.” And we can hope that the agencies interpret this language broadly and take the overall mission of the order seriously. But more specific language with respect to agencies’ regulatory functions would have been preferable.

I hope this executive order signals a shift in the governor’s approach toward climate. Wolf’s earlier decision to break a campaign promise to join the nine other northeastern states participating in the Regional Greenhouse Gas Initiative (RGGI) raised serious questions, as did his decision not to take the simple but important step of joining the U.S. Climate Alliance. But the climate executive order, as well as the governor’s participation in the Transportation Climate Initiative, suggest (I hope) an increased focus on climate in Wolf’s second term.

Fortunately, one particularly powerful tool that would take the Commonwealth a long way toward achieving the goals set out in the executive order was just handed to Wolf on a silver platter. A large coalition of environmental groups, religious organizations, businesses, municipalities, schools, and individuals recently petitioned the Environmental Quality Board (EQB) to issue a regulation instituting a cap-and-trade program in Pennsylvania to reduce greenhouse gas emissions. Like the executive order, this proposed regulation would require no action by the Pennsylvania legislature. As the petition lays out in comprehensive detail, the EQB is authorized to issue such a regulation under the state’s Air Pollution Control Act and is required to issue it under the Constitution’s Environmental Rights Amendment.

The petitioners have made this as easy as possible for the EQB. They have submitted along with their petition a detailed draft regulation (400+ pages) that contains all the elements necessary to set up an economy-wide cap-and-trade program in Pennsylvania, similar to the one that’s been successfully operating for several years in California. The proposed program would require reductions in Pennsylvania’s overall greenhouse gas emissions of 3 percent per year, putting the Commonwealth on track to achieve the IPCC’s goal of net zero emissions by 2050. It would also generate an estimated $2.5 billion annually in much-needed state revenue.

The proposed cap-and-trade program provides the missing piece necessary to make the laudable goals set forth in the governor’s executive order a reality. It is serendipitous that this petition was filed just as the governor has begun to make the climate crisis the priority it deserves to be. He should take advantage of this opportunity to make good on the executive order’s promise by publicly endorsing the proposed cap-and-trade program and urging the EQB to adopt it.

Amy Sinden is a James E. Beasley Professor of Law at Temple University Beasley School of Law and  specializes in environmental and property law. She has written for books and academic journals, including the Iowa Law Review, University of Colorado Law Review, and Harvard Environmental Law Review. She is on the Board of Directors of the Center for Progressive Reform.