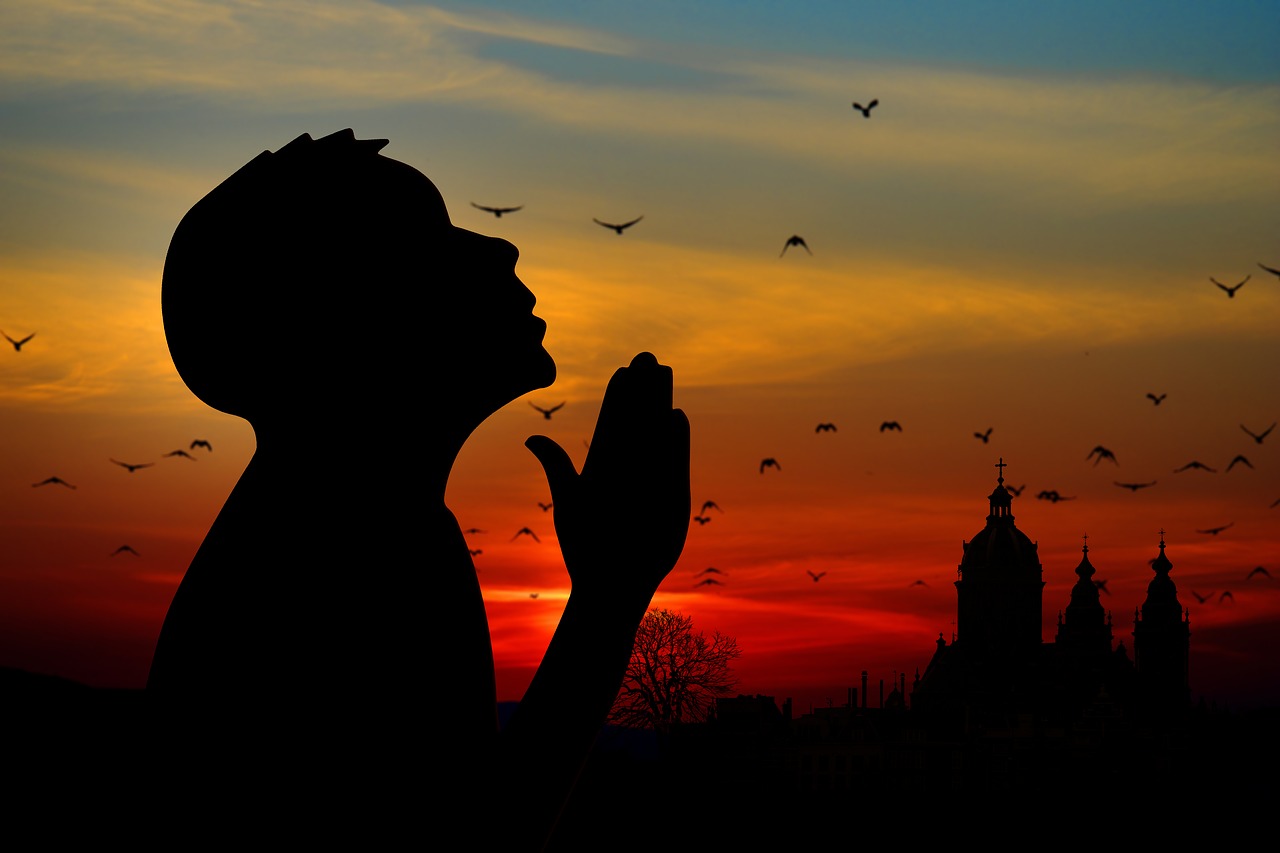 In a referendum held on Friday, October 26, 2018, the people of Ireland voted to amend the Irish Constitution to remove the word blasphemy from Article 40.6.1, which declared that “[t]he publication or utterance of blasphemous, seditious, or indecent matter is an offence which shall be punishable in accordance with law.” This constitutional amendment enables the Oireachtas, Ireland’s National Parliament, to change statutory law so that blasphemy is no longer a crime. It also represents the most recent advance in this predominantly Catholic country toward a more secular society. Same-sex marriage and abortion were legalized in two earlier referenda. And it might constitute an important step in undoing some of the unintentional international consequences of Ireland’s criminalization of blasphemy.

Ireland’s blasphemy ban was enshrined in the constitution in 1937, during an era when church and state were seen as a single entity and defaming the established religion was tantamount to treason. Corresponding definitions and penalties were enacted in the 2009 Defamation Act. In contrast to Article 40.6.1 of the constitution, which had protected only Christians from blasphemy—the 2009 Act was designed to protect all religions.  The Act defined blasphemy as “publishing or uttering matter that is grossly abusive or insulting in relation to matters sacred by any religion, thereby intentionally causing outrage among a substantial number of adherents of that religion, with some defenses permitted.” However, it was widely believed that the Act did no more than give lip service to the constitutional requirement that blasphemy be declared a crime because, on any fair reading, the statutory provision was unenforceable.

This unenforceability did not prevent Irish police from investigating whether British comedian Stephen Fry had broken the law in 2015 when he described God as “capricious, mean-minded, stupid” and “an utter maniac” on an Irish television program. The case was closed when police admitted they were unable to find a substantial number of people who had been offended by Frye’s televised statements. Shortly thereafter, an alliance of religious groups—including the Catholic Church—declared the constitutional clause “largely obsolete.”

In this case, however, the issue is more far-reaching than Ireland’s archaic constitutional relic and its inexorable march toward secularization. The amendment sends a message to countries with repressive blasphemy laws that have encouraged extremists while failing to address religious intolerance. This message is long overdue and not without irony. It was Ireland’s 2009 Defamation Act that inspired Pakistan’s successful attempt, on behalf of the Organisation of Islamic Cooperation (OIC), to persuade the UN Human Rights Council to condemn the “defamation of religion” as a human rights violation. In fact, in calling for the UN to adopt a global principle against defamation that equated criticism of Islam with incitement to religious hatred, the OIC borrowed verbatim the text of Ireland’s legislation. The ensuing 2010 UN Defamation of Religion resolution declared that “vilification of religions is a serious affront to human dignity leading to the illicit restriction of the freedom of religion of their adherents and incitement to religious hatred and violence” and called on states to enact measures that would “prohibit the advocacy of national, racial or religious hatred that constitutes incitement to discrimination, hostility or violence ….”

Opponents of this resolution have argued that it protects groups, ideas, and beliefs over individual human rights, which in turn threatens the individual right to freedom of expression. This and similar UN resolutions have provided international legitimacy for domestic blasphemy laws that are used to suppress religious minorities and silence dissenters, resulting in human rights violations.

In Pakistan, for example, the punishment for blasphemy is death. One extreme but not isolated example is the 2010 case of Asia Bibi, a Christian wife and mother who was sentenced to death for defaming the prophet Muhammad. The case of Asia Bibi, whose full name is Asia Noreen, has followed the trajectory of Ireland’s 2009 Defamation Act. On a hot day, after bringing water to a group of Muslim women harvesting fruit, she found the group enraged when she took a sip of water from a cup. The women argued that because she had used the cup, they could no longer touch it, as her faith had made it unclean. In the ensuing disagreement, Asia Bibi refused their demands that she convert to Islam, whereupon the women reported to prosecutors that she had insulted the prophet Muhammad. After a local mob beat her in front of her children, Bibi was arrested and charged under section 295C of the Pakistan Penal Code and in 2010 was sentenced to death by hanging. This decision was upheld by the Lahore High Court in 2014, but her execution was stayed following an appeal to the Supreme Court of Pakistan.  In a 56-page opinion rendered on October 31, 2018, only a few days after the Irish referendum, the Supreme Court acquitted Asia Bibi on the ground that her accusers had not conclusively proved her guilt. While hailed by human rights groups, this decision merely fanned the flames of protest and increased calls for her execution. On November 2, the Government of Pakistan signed an agreement with the extremist political party that was leading the protests. This agreement barred Asia Bibi from leaving Pakistan until the verdict has been reviewed, a process that can take years. She remained in prison until November 7, 2018 and remains in hiding in a government safe-house, pending review of her verdict.

Asia Bibi was not the only victim in this case. In January 2011, Salmaan Taseer, a secular governor of Punjab, was killed by his bodyguard for denouncing her treatment. Two months later, Shahbaz Bhatti, the federal Minister for Minority Affairs and Pakistan’s only Christian government minister, was gunned down outside his home for urging reform to the country’s blasphemy laws. And when hard-liners appealed Asia Bibi’s acquittal, her lawyer Saif-ul-Mulook fled Pakistan after receiving death threats.

While individual Irish citizens had their own reasons for voting to remove the word blasphemy from the constitution, the Irish government has favored a referendum because of the law’s influence on Pakistan. In 2010, Dermot Ahern, the Irish Justice Minister proposed a constitutional referendum, stating that “[T]his law is . . . dangerous because it incentives religious outrage and because its wording has already been adopted by Islamic States as part of their campaign to make blasphemy a crime internationally.”

When the Irish Constitutional Convention discussed the constitutional offense of blasphemy in 2013, opponents argued vehemently for abolition, pointing out that its very existence linked Ireland to oppressive blasphemy laws in countries like Pakistan.

Ireland is not the only country to condemn Pakistan’s blasphemy laws. On December 22, 2017, in accordance with the International Religious Freedom Act of 1998, as amended, the U.S. Secretary of State placed Pakistan on a Special Watch List for having engaged in or tolerated severe violations of religious freedom. The State Department reported Pakistan’s continuing practice of bringing blasphemy complaints to intimidate neighbors, peers, or business associates or to settle personal grievances, with the police and courts occasionally complicit in this practice. Efforts to protect people from unfounded accusations of blasphemy have largely failed. Despite a directive from the Islamabad High Court, Pakistan’s Parliament took no action to amend the Penal Code to align the penalties for false accusations of blasphemy with those for committing blasphemy.

Ireland’s outdated blasphemy ban was indefensible in a modern, democratic republic premised on separation of church and state. It also posed numerous problems, many of which affect Pakistan as well. First, the ban constrained freedom of religious expression by placing unnecessary restrictions on content and by subjecting discrete views to state-sanctioned interpretations of religious truth. The faiths and belief systems of individuals can better be protected through incitement to hatred laws, such as Ireland’s Prohibition of Incitement to Hatred Act, 1989. Third, the vague wording of the constitutional ban and interpretive statute failed to provide the specificity that people require in order to regulate their conduct. This opened the Act up to inconsistent interpretations and discriminatory enforcement. Finally, the law had an adverse international impact, as demonstrated by Pakistan’s documented human rights violations following its verbatim adoption of Ireland’s 2009 Defamation Act.

The long-term solution is to reform – if not repeal – Pakistan’s blasphemy law. As repeal is unlikely, Pakistan should strive to eliminate the death penalty for blasphemy, enact a law that protects religious minorities and provides a defense of freedom of expression, and legislate penalties for false accusations of blasphemy commensurate with those for committing blasphemy.

Pearl Goldman is a professor of law at Nova Southeastern University College of Law in Fort Lauderdale and the author of Religious Convictions: The Law of Blasphemy in Ireland, 32 Adelaide L. Rev. 265 (2011). Her recent scholarly interests have focused on comparative criminal law, Florida Criminal Law, and the impact of technology on legal education.