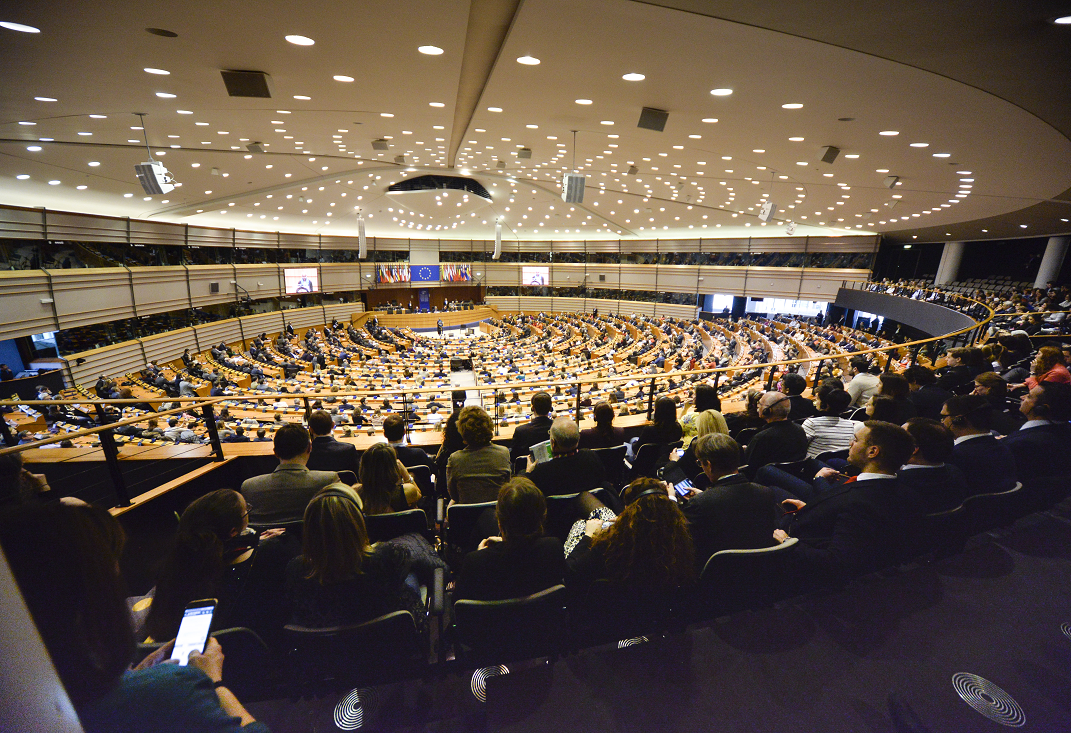 For the first time ever, on September 12, the European Parliament (EP) launched Article 7 TEU (Lisbon Treaty) proceedings against Hungary’s government. The Parliament began the action by adopting a report by Judith Sargentini, a member from the Netherlands. The report lists 12 major concerns from the functioning of the constitutional and the electoral system to economic and social rights. These concerns violate the values pronounced in Article 2 of the Lisbon Treaty. A country that violates these values certainly cannot be considered a liberal democracy. Nor can it be an ‘illiberal democracy’ or a ‘Christian democracy’ as Viktor Orbán, the Prime Minister (PM) of Hungary, likes to characterize his regime. Rather, it is an authoritarian regime, even if it has not used violence to keep power.

As the Sargentini report proves, the non-compliance with the European values started right after the 2010 parliamentary elections, which Orbán called a “revolution of the ballot boxes.” This new constitutional system was the subject of a report for the European Parliament prepared by its Committee on Civil Liberties, Justice and Home Affairs (LIBE). The report was named after Rui Tavares, a former Portuguese Member of the European Parliament (MEP), who was the rapporteur of this detailed study of Hungarian constitutional developments since 2010. On July 3, 2013, the report passed with a surprisingly lopsided vote: 370 in favor, 248 against and 82 abstentions. In a Parliament with a slight majority of right-leaning lawmakers, this tally indicated that MEPs did not believe the Hungarian government’s claim that the report was merely a conspiracy of the left.

Despite this early warning, Article 7 was triggered by the European Commission against Poland in December 2017, even though the backsliding there had started in 2016 and hadn’t yet reached the level of Hungary. The main reason for this difference was that Orbán’s governing Fidesz party secured votes for the European People’s Party (EPP), the largest faction at the EP, while the Polish governing party, PiS, belonged to the smaller fraction of the European Conservatives and Reformists.

With the adoption of the Sargentini report, the unequal treatment of the two rogue Member States has changed, mostly due to the fact that 115 out of the 218 MEPs of EPP voted to adopt the report. The change of EPP’s view on Orbán occurred after the unexpected announcement of Manfred Weber, EPP’s leader, showed support for the report. Two weeks before the EP vote on the Orbán government, Weber was supported by Chancellor Merkel as Spitzenkandidat for the Presidency of the European Commission in the 2019 EP election. After the vote, Weber even challenged leaders of Member States in the Council to take a stance on Orbán’s domestic policies, a position possible because MEPs ‘did their job’ in triggering Article 7 process.

In Orbán’s speech prior to the vote, he did not give any conciliatory sign. Instead, Orbán aggressively attacked the EU with his nationalistic mantra, making his position even worse in the eyes of many vacillating MEPs. “I know that you have already formed your opinions. I know that the majority of you will vote in favor of the report. I also know that my contribution now will not sway your opinions. Yet still I have come here [to Strasbourg] because you are not about to denounce a government, but a country and a people. You will denounce the Hungary which has been a member of the family of Europe’s Christian peoples for a thousand years; the Hungary which has contributed to the history of our great continent of Europe with its work and, when needed, with its blood.”

In the speech Orbán also threatened the current European Parliament with a new composition after the 2019 elections, when anti-migrant populist parties can have the lead and form the European Commission: “We need a new European Commission that is committed to the defense of Europe’s borders.” This threat is the reason for the majority of EPP that, despite their vote for the Sargentini report, do not want to kick out Orbán’s Fidesz from the party before the 2019 parliamentary elections.

The presence of populist governments from East Central Europe makes it very unlikely that the Council will have the necessary 4/5 of the votes finding a serious breach of the values on which the Union is founded. The corrective arm of Article 7, which can lead to sanctions against the Member State, including the suspension of the voting rights of the representative of that government in the Council, can even be vetoed by any Member State.

Besides the overly high threshold inside the Council required to activate the preventive and then the corrective arm of Article 7, Hungary also threatens to legally challenge an eventual Council decision based on the ‘invalid’ vote of the Parliament, which proposed it.  “Abstentions should have been counted in the vote but were not. Thus, the report failed to get the 2/3 majority necessary to carry,” said the Hungarian Prime Minister’s chief of staff. Hence, the government is challenging the result’s validity at the European Court of Justice.

Prior to the vote, the EP service in charge of procedures provided for an argument for disregarding abstentions, which is supported by the summary of parliamentary practice. Of course, this does not mean that the Hungarian government cannot be the first to contest disregarding the abstentions in the Court of Justice. However, this can only occur after the decision of the Council because the suggestion of the Parliament cannot be challenged. And the Council’s procedure isn’t a fast one – nine months after triggering Article 7 against Poland, there has still been no decision.

To sum up the possible impact of the Parliamentary resolution, it came too late, several years after the Orbán government’s actions already represented a “clear risk of a serious breach of the values on which the Union is founded.” Moreover, launching Article 7 meant very little because besides the important political function of naming and shaming Hungary as a violator of EU values, the chances to reach the corrective arm of the procedure are extremely low. Hence, one can argue that instead of Article 7, alternative means from the toolkits of the EU may be more effective. Infringement actions as alternatives have not worked so far in the case of Hungary, but cutting off EU structural funds for regional development or other forms of assistance as a value conditionality approach has yet to be effectively tried.

The usual argument against these financial sanctions is that they would punish the people of Hungary (or Poland for that matter) instead of their leaders, pushing them further away from the EU and into the arms of their illiberal governments. Also, academic critics point out that the proposal, if implemented, could undermine the European citizens’ union by leaving behind citizens who live in member states with an authoritarian national government. But consider that those regions taken hostage by their elected officials will be emboldened to stand up against such governments after the loss of EU funds. Illustrating this is a recent poll conducted directly following the European Parliament’s vote to trigger Article 7. It indicates that the European Union is still important for the Hungarian voters with 56% of the respondents answering “yes” when asked if the European Parliament’s decision on the Sargentini report was fair, and just 24% responding “no.” Some 53% of the respondents said the negative vote was only about the Hungarian government, while more than 12% saw it as being about the whole country, and 16% thought it was about both.

In the case of the backsliding Hungary (and Poland), the traditional mechanism of the infringement procedure has not worked, and the recently triggered Article 7 procedure does not seem to force the government to end the breach of European values. Therefore, cutting off funds can perhaps be more effective to achieve this goal.

Professor Gábor Halmai is a Chair of Comparative Constitutional Law and Director of Graduate Studies in the Law Department at European University Institute in Florence. His primary research interests are comparative constitutional law and international human rights. He has published several books and articles, as well as edited volumes on these topics in English, German, and Hungarian.