Commentary
JURIST Guest Columnist Abdollah Abedini of Shahid Beheshti University, discusses potential implications of the US ceasing its participation in the Joint Comprehensive Plan of Action. . . 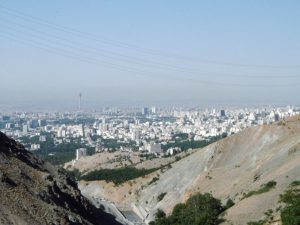 On May 8, 2018,  the United States president announced that the U.S. was ceasing its participation in the Joint Comprehensive Plan of Action (“JCPOA”) and reinstating sanctions lifted through the JCPOA  basis of a wind-down mechanism. Under the instruction of a President Memorandum, the Department of the Treasury, in particular, has taken some steps to re-impose the sanctions lifted.

On May 15, 2018 during a press conference following a session held with Foreign Ministers of France, Germany, the United Kingdom and Iran, the High Representative of the EU stated that “[w]e recalled our commitment to the continued, full and effective implementation of the Iran nuclear deal that was unanimously endorsed by the UN Security Council Resolution 2231, as a key element of the global nuclear non-proliferation architecture and a significant diplomatic achievement.” China and Russia, as well as otherparticipants of the JCPOA, had a similar reaction to the US withdrawal. On the other hand, Iran has stated that it will continue to perform its commitments, while at the same time it is ready to resume its suspended enrichment activities.

There are many questions raised by the US’ withdrawal from the JCPOA. For example, and most importantly,  the US has disregarded the role of the International Atomic Energy Agency (IAEA) as the main monitoring body of the JCPOA. The last 10 IAEA reports indicate Iran has not diverted from JCPOA commitments. Moreover, the US has implicitly, if not explicitly, breached some provisions of Resolution 2231 such as in paragraphs 2 and 10. However, this piece intends to focus on the problems with US’ current position regarding JCPOA and Resolution 2231. Furthermore this piece will contemplate possible consequences for the US.

The first question is that whether the US currently is a party to the JCPOA. There is no explicit provision in the documents dealing with the issue. In the Presidential Memoranda issued by White House the US president states that “[t]he Secretary of State shall, in consultation with the Secretary of the Treasury and the Secretary of Energy, take all appropriate steps to cease the participation of the United States in the JCPOA.” In this sentence, taking all appropriate steps to cease the participation may connote that the US has not immediately withdrawn from the JCPOA and this needs to go through a process that requires taking some political and economic steps by Department of State and by Department of Treasury during the wind-down period. As a matter of law, it seems that the US has formally withdrawn from the JCPOA by the declaration made by the president of the US as a unilateral act of a State and therefore, has waived its right to put the matter in the JCPOA’s disputes settlement mechanism as a last resort for a JCPOA participant.

The second question is that whether the US can invoke the so-called snapback mechanism provided in paragraph 11 of the Resolution 2231. The paragraph states Security Council (SC) “[D]ecides, acting under Article 41 of the Charter of the United Nations, that, within 30 days of receiving a notification by a JCPOA participant State of an issue that the JCPOA participant State believes constitutes significant non-performance of commitments under the JCPOA, it shall vote on a draft resolution to continue in effect the terminations in paragraph 7 (a) of this resolution [regarding sanctions imposed in previous resolutions]…”. According to the paragraph, it seems it is adequate for a JCPOA participant State to believe that an issue constitutes significant non-performance of commitments under the JCPOA. Now the question is whether the US is a JCPOA participant State after May 8. As addressed above, on the one hand, the US has announced formally, unilaterally his withdrawal from JCPOA on May 8. On the other hand, paragraph 11 of the Resolution 2231 should be read in conjunction with paragraph 37 of JCPOA. It states “[U]pon receipt of the notification from the complaining participant, as described above, including a description of the good-faith efforts the participant made to exhaust the dispute resolution process specified in this JCPOA, the UN Security Council, in accordance with its procedures, shall vote on a resolution to continue the sanctions lifting…” As the italic part of the paragraph shows properly, invoking the snapback provided for in paragraph 11 of the Resolution 2231 is subject to some preconditions. It is worthy to note that JCPOA is incorporated into resolution as Annex A and therefore, should be an indispensable part of it. This point is reinforced when one takes into account that the subject-matter of the resolution is JCPOA and SC refers to in paragraph 1 the endorsement of the JCPOA. The preconditions in paragraph 37 of JCPOA refer to the notification by a complaining participant that will address to the SC for re-imposition of the lifted sanctions. This notification must exhaust previously the dispute resolution process specified in this JCPOA. Moreover, this exhausting process must be made within good-faith efforts. As a matter of fact, the US has neither resorted to dispute resolution process specified in this JCPOA yet nor taken any efforts in good faith. On the other hand, withdrawing from JCPOA may be assessed as a bad-faith effort on the part of the US government which, as rightly stated by some scholars, denies him from invoking to snapback mechanism in Resolution 2231.

The last but not least, the US reinstating sanction is in contradiction with paragraph 14 of the resolution which states contracts between any party and Iran or Iranian individuals and entities before re-imposition of the lifted sanction under snapback mechanism is valid. After the conclusion of JCPOA on July 14, 2015, Iran engaged in some major contracts with big corporations such as Boeing, Airbus, and Total. If the US actually re-impose nuclear-related sanctions, it will be the breach of paragraph 14 of resolution a fortiori. Moreover, some of the JCPOA provisions will breach by the US reinstating sanction, for example, paragraph 22 of preamble which states “the United States will, as specified in Annex II and in accordance with Annex V, allow for the sale of commercial passenger aircraft and related parts and services to Iran; license non-U.S. persons that are owned or controlled by a U.S. person to engage in activities with Iran consistent with this JCPOA; and license the importation into the United States of Iranian-origin carpets and foodstuffs.”

Abdollah Abedini is a researcher at United Nations Educational, Scientific, and Cultural Organization as well as the Chair of Human Rights, Peace, and Democracy at Shahid Beheshti University in Tehran, Iran.

This article was prepared for publication by Krista Grobelny, a Section Editor for JURIST Commentary. Please direct any questions or comments to him at commentary@jurist.org