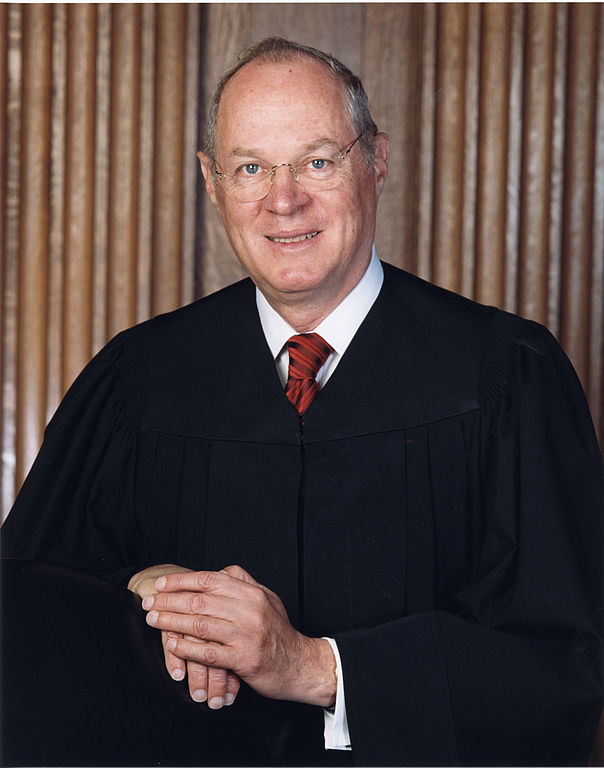 Justice Anthony Kennedy’s retirement announcement yesterday rightfully set off shock waves across the country. For the past three decades, Justice Kennedy has gone from one of the more moderate justices who could sometimes swing an important vote, to the lone decider on monumental issues from gay marriage (siding with the liberals) to campaign finance and Second Amendment rights (siding with the conservatives). The power of the swing vote in major cases has certainly rendered Justice Kennedy the most powerful justice and has led some to question whether he wields more power than any other official in the federal government.

It would not be a stretch to say that Justice Kennedy’s retirement announcement stunned and dismayed most liberals and progressives. This despite Justice Kennedy being a Reagan appointee who did not side with the liberals in a single 5-4 decision this year even with hot-button issues such as abortion, gay and lesbian rights, public union rights, and the legality of Trump’s travel ban all coming before the court. Put simply, Justice Kennedy has swung big cases toward traditionally liberal causes, but those instances were infrequent and increasingly rare. On the whole, he has been far more conservative than liberal.

So why is Justice Kennedy’s retirement a big deal? Is it simply that the occasional, albeit monumental case, such as the gay marriage decision, will occasionally swing the other way? The answer should be a resounding no. Justice Kennedy’s value to the Court and the country comes not from the substance of his decisions but from his approach to judicial decision-making. Fear from the left, even from those who know very little about Supreme Court process, should stem not primarily from the loss of Justice Kennedy’s occasional progressive decision but from the likely constrictive and repressive approach from the justice who will replace him.

The schism between Justice Kennedy’s brand of conservative jurisprudence and the methodology of the justice who will likely succeed him is in part illustrated by how very conservative justices talk about the nature of deciding cases. Justice Gorsuch stated in his confirmation hearing, “Justice Scalia was a mentor[]. He reminded us that words matter — that the judge’s job is to follow the words that are in the law — not replace them with words that aren’t.” This seemingly insignificant and obvious statement highlights the maxim of the modern American conservative judge – the literal word of the text reigns supreme, if not exclusive, and looking elsewhere for any further meaning or purpose constitutes impermissible judicial policy making or “legislating from the bench.” That theory deserves some credence. After all, judges are tasked with interpreting rather than making the laws, and any time a judge strays into changing the application of the text in any way, he or she inches ever closer to usurping the democratically elected legislature. Furthermore, acts of Congress, executive orders, and even the Constitution, all have democratic mechanisms by which they can be repealed, superseded, or amended. In short, the people vote for legislators who make the laws – justices with lifetime appointments only clarify those laws when disputes arise.

This principle is hammered home by the dissenting justices in response to Justice Kennedy’s majority opinion in Obergefell v. Hodges. In Obergefell the Court found the right to same sex marriage in the Due Process Clause of the Fourteenth Amendment, which states that no state shall “deprive any person of life, liberty, or property, without due process of law.” The Fourteenth Amendment, passed in 1866, obviously does not overtly reference same sex marriage nor did the people at the time contemplate that it would be used to one day validate same sex marriage. For any likely Trump appointee, like the four dissenters, the case would end there without any consideration of the merits of the issue. Justice Roberts responds to Justice Kennedy by stating, “[s]tripped of its shiny rhetorical gloss, the majority’s argument is that the Due Process Clause gives same-sex couples a fundamental right to marry because it will be good for them and for society.” Justice Scalia, lamenting Justice Kennedy’s celebratory tone, states, “[t]he Supreme Court of the United States has descended from the disciplined legal reasoning of John Marshall and Joseph Story to the mystical aphorisms of the fortune cookie.” The dissents total 63 cumulative pages, all laced with scathing remarks and countless pointed jabs. The closest thing to a response Justice Kennedy puts forward in the majority opinion is his contention that “[a]n individual can invoke a right to constitutional protection when he or she is harmed, even if the broader public disagrees and even if the legislature refuses to act.” Judge Richard Posner and former Justice John Paul Stevens, both appointed by Republican presidents, released articles shortly following the decision that address the major points in the dissenting opinions, much of which Justice Kennedy no doubt realized but chose not to address.

Nevertheless, Justice Kennedy’s willingness to go beyond the text or exceed what he views as the powers of the judiciary had its limits. Most recently he showed this limit in the case that upheld Trump’s travel ban, Trump v. Hawaii. There, the majority, despite a mountain of extrinsic evidence, largely consisting of tweets and remarks that Donald Trump made at campaign rallies, held that the travel ban does not constitute religious discrimination because it is facially neutral and well within the congressionally delegated powers to the president. Justice Kennedy joined the majority opinion in full, but he added a short concurrence, his last words on the court, where he declares, only collaterally apropos to the issue at hand that “[a]n anxious world must know that our Government remains committed always to the liberties the Constitution seeks to preserve and protect, so that freedom extends outward, and lasts.” With his parting sentence, Justice Kennedy directs us not to the words of the constitution, as so many prospective high Court appointees will surely perceive themselves bound, but instead to the principles of the Constitution. That is, even in upholding a travel ban passed with substantial evidence of religious animus, Justice Kennedy instructs commitment to the liberties the constitution seeks to preserve and protect and not merely the words that are written on the page.

Justice Kennedy was confirmed in 1988 after the Senate failed to confirm Robert Bork, a pioneer of conservative, originalist judicial interpretation who many at the time saw as too radical to hold a place on the high court. Liberals will likely point to Justice Kennedy’s high marks on the Court as the handful of decisions and votes where he exceeded the textual bounds on which any Trump appointee is likely to rule – the four same sex rights decisions, Romer, Lawrence, Windsor, and Obergefell; Roper, which held that the death penalty cannot apply to children under the age of 18; Fisher, which upheld limited affirmative action measures at universities; and Boumediene, which held that prisoners at Guantanamo Bay have the right to seek habeas corpus. Conservatives likely condemn those decisions, both in method and result, while lauding others, such as Citizens United. Even in his unfortunate support of the travel ban, Justice Kennedy reaffirmed that there are times when one must go beyond the plain words on the page to address tyranny, injustice, and oppression. Let us hope that whoever takes his place feels the same.

This article was prepared for publication by Kelly Cullen, a JURIST Assistant Editor. Please direct any questions or comments to him at commentary@jurist.org