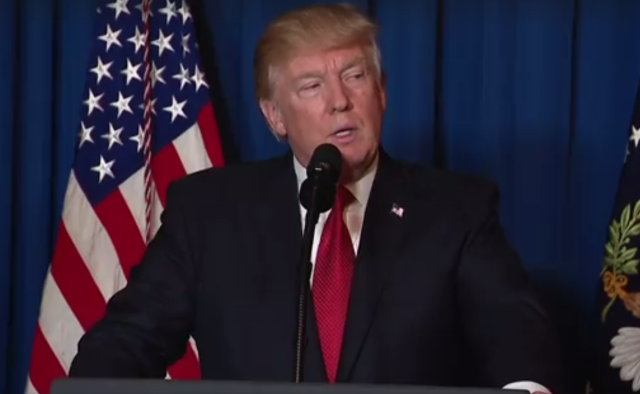 President Donald Trump recently announced his intention to get out of Syria, “very soon.” The president’s stated intention here could soon run starkly counter to this country’s urgent obligations under binding international law. Moreover, because these important obligations have already been “incorporated” into the law of the United States (see especially Article VI of the US Constitution; and two prominent cases from the US Supreme Court: Paquete Habana, 1900; and Tel Oren v. Libyan Arab Republic, 1984) they would also express very serious violations of America’s domestic law.

In essence, the Convention on the Prevention and Punishment of the Crime of Genocide (1948), a major international treaty to which the US is a party, obliges its signatories not only to steer clear of committing genocide themselves, but also to oppose and prevent genocidal behavior by other states. At Article III of the Convention, this unequivocal obligation extends to certain grave acts involving “conspiracy to commit genocide,” “attempt to commit genocide,” and “complicity in genocide.” Such immutably core expectations are known in law as “peremptory” or “jus cogens” rules – that is, obligations that permit absolutely “no derogation.” Significantly, they can be discovered as well in various corollary and complementary expressions of authoritative international law, both customary and codified.

Neither international nor US law specifically advises any particular penalties or sanctions for states that choose not to prevent or punish genocide committed by others. Nonetheless, all states, most notably the “major powers” belonging to the UN Security Council, are bound, among other things, by the peremptory obligation (defined at Article 26 of the Vienna Convention on the Law of Treaties) known as pacta sunt servanda, to act in continuous “good faith.” In turn, this pacta sunt servanda obligation is itself derived from an even more basic norm of world law. Commonly known as “mutual assistance,” this civilizing norm was most famously identified within the classical interstices of international jurisprudence, most notably by the eighteenth-century legal scholar, Emmerich de Vattel.

As an historic and meaningful aside, Vattel, whose The Law of Nations had first been published in 1758, was a favorite literary source of Thomas Jefferson. This American founding father had expressly relied upon his brilliant Swiss antecedent for many of the key principles he later included in the Declaration of Independence.

Today, the relevant problem is that a proposed US military withdrawal from Syria, including an already-announced presidential order to freeze over $200 million in aid to that fractured country, would substantially strengthen Vladimir Putin’s hold over Bashar al Assad, and thereby further accelerate the Syrian dictator’s unambiguously genocidal policies. While it would make little overall sense to urge any further or more extensive US military involvement in the Syrian imbroglio per se – an escalating involvement that would eventually come to no military success, notwithstanding various other current arguments against US withdrawal based on a presumed need to counter ISIS and related Jihadist forces – President Trump ought still make clear that al Assad’s grievous criminality could not now proceed with even greater impunity. At a minimum, this means offering various tangible administration assurances that any intended US military disengagement would not signify a wholesale American abandonment of Syria in the face of any still-expanding genocide.

In the strictest sense, although the United States could never be held meaningfully accountable under law for any such abandonment of the Syrian people, this departure would still plainly violate utterly core expectations of the international anti-genocide regime, going back, inter alia, to the London Charter of August 8, 1945; the UN Charter (1945); the Declaration on Principles of International Law Concerning Friendly Relations and Co-Operation Among States in Accordance with the Charter of the United Nations (1970); Affirmation of the Principles of International Law Recognized by the Charter of the Nuremberg Tribunal (1946, 1950); and the International Law Commission (ILC) Articles on State Responsibility (2001).

In its landmark judgment of 26 February 2007 “Concerning Application of the Convention on the Prevention and Punishment of the Crime of Genocide” (Bosnia and Herzegovina v. Serbia and Montenegro), the International Court of Justice (ICJ) ruled, inter alia, that all Contracting Parties have a direct obligation to “prevent genocide.” Indeed, somewhat counter-intuitively, the ICJ even found it easier to acknowledge this obligation expressis verbis than the (expectedly antecedent) requirement “not to commit genocide themselves.”

There is more. US President Trump’s favored posture of “America First” is itself an impediment to properly enforcing anti-genocide legal norms. For this president especially, certain presumed imperatives of geopolitical advantage are sure to take precedence over any more abstract or inconspicuous legal notions of “mutual assistance.” But for those few remaining Americans who might still take seriously a flippant president’s plainly willful disregard of this nation’s fundamental legal obligations and responsibilities – expectations as urgent as preventing cascading instances of mass murder in the Arab Middle East – such likely Trump abandonment could signify this country’s regrettable devolution from a once great nation to a de facto “co-conspirator” in relentless Syrian regime crimes against humanity.

Niccolo Machiavelii had fused Aristotle’s plans for a more scientific study of world politics with brutally cynical assumptions about geopolitics, or Realpolitik. His best known conclusion, in this regard, focused on the timeless dilemma of practicing goodness in an evil world: “A man who wishes to make a profession of goodness in everything must necessarily come to grief among so many who are not good” (see The Prince, Chapter XV).

If taken too literally, this advice could lead not only individuals, but also entire nations, toward an insufferably primal “state of nature.” This movement would describe a condition of fully rampant anarchy and disorder, one perhaps best explained by another classic political philosopher, the seventeenth century Englishman Thomas Hobbes. In his Leviathan (also well-known to America’s Thomas Jefferson), the life of man in this raw or “every man for himself” state is inevitably plain. This corrosively sad life, we would learn, must inevitably be “solitary, poor, nasty, brutish and short.”

Gabriela Mistral, the Chilean poet who won the Nobel Prize for Literature in 1945, once wrote that crimes against humanity carry within themselves “a moral judgment over an evil in which every feeling man and woman concurs.” At this critical juncture in our national history, one where an American president is evidently prepared to abandon our pragmatic interests and our national legal obligations at the same time, a manifestly last hope must lie in the following awareness: Surrendering Syria’s devastated populations to an all-out regime generated genocide would represent an ultimate American disregard for pertinent law. More precisely, and even irreversibly, it would conspicuously align the United States not with the proponents of global justice, but with the perpetrators of genocide.

Louis René Beres (Ph.D., Princeton, 1971) is the author of twelve books and several hundred articles dealing with international law. He was born in Zürich, Switzerland, at the end of World War II, the only son of Austrian Holocaust refugees.