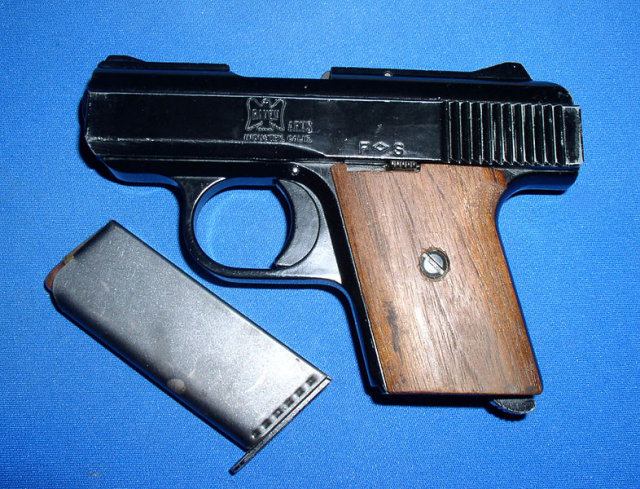 JURIST Guest Columnist Allen Rostron of the University of Missouri-Kansas City School of Law discusses policy and constitutional concerns about the Concealed Carry Reciprocity Act, which would expand the right to carry concealed guns outside one’s home state…

For years, liberals and conservatives have argued about how to strike the ideal balance between federal and state authority. While liberals have generally favored expansion of federal power, conservatives have called for states to be given more room to make their own decisions about difficult issues like civil rights, abortion, health care, marriage, and education.

The Concealed Carry Reciprocity Act of 2017 [text, PDF] is a striking example of how easily the tables can turn. If enacted, this law would significantly reduce each state’s authority to make its own decisions about how to regulate the carrying of concealed firearms. The U.S. House of Representatives recently passed the measure by a vote of 231-198, with conservative legislators voting to nationalize the issue and liberals contending that it should be left up to the states.

Every state allows the carrying of concealed firearms to some extent, but the degree of regulation varies. In about a dozen states, people who carry concealed guns do not need to obtain any special sort of permit or license to do so. In about thirty other states, permits are required but relatively easy to obtain. A small and shrinking bloc of liberal states, like California, Massachusetts, and New York, have much stricter requirements for permits.

Each state also gets to decide whether to honor permits issued by other states. For example, if a Michigan resident has a permit to carry a concealed gun in Michigan, is he allowed to carry a concealed gun while traveling in Texas? Some states have opted to honor permits of all other states. Some states are more selective and have reciprocity agreements with certain states and not others. And a handful of the nation’s most liberal states do not honor any out-of-state permits, effectively banning concealed carry for visitors.

Enacting this sort of nationwide reciprocity has long been a top legislative priority of the National Rifle Association, which claims the new law will eliminate the “confusing patchwork” of state laws facing gun owners who want to carry concealed firearms while traveling.

While the NRA condemns it, that sort of variation among the state laws is one of the chief virtues of federalism. By dispersing power across fifty states rather than concentrating it all at the national level, the American system permits diverse policy approaches and encourages experimentation. As Robert Verbruggen warned fellow conservatives, no matter how strongly they favor gun rights, they “should be wary of forcing their legislative preferences on unwilling states via federal decree.”

Having won approval in the House, the bill is now before the Senate and seems unlikely to draw enough support to overcome a Democratic filibuster. If the bill did become a law, it would be challenged and courts would decide whether there is anything in the Constitution that authorizes the federal government to override state decisions about concealed firearms.

The Congressman who introduced the reciprocity bill asserts that it is based on the Second Amendment. If supporters of the bill rely on that argument in court, they are likely to fail. The Supreme Court has not yet decided whether the Second Amendment provides a right to carry concealed firearms. Although the majority opinion in District of Columbia v. Heller [opinion, PDF] noted that 19th-century courts generally upheld bans on concealed weapons, it is conceivable that the Court might nevertheless find that the Second Amendment includes some right to carry concealed firearms in public. But that would not be enough to justify Congress’s enactment of the national reciprocity statute. Even if there is some right to carry concealed weapons, the Supreme Court is unlikely to say it is an absolute and unfettered right. Minimal requirements, like obtaining a permit or having some training, surely would still be allowed. And yet, the Concealed Carry Reciprocity Act undercuts even those sorts of minimal restrictions. For example, under the Act, a state that wants concealed gun carriers to have just a few minutes of gun safety training would be unable to impose that requirement on people who come from states with no training requirement. While Congress has some power to protect and enforce constitutional rights, cases like City of Boerne v. Flores have made clear that the federal government does not have the power to enact legislation that infringes state authority merely because Congress thinks a constitutional right should be broader or stronger than the courts have found the right to be.

Perhaps realizing that the Second Amendment would be a precarious foundation, the drafters of the bill put in a back-up plan. The bill applies only to carrying concealed firearms that have “been shipped or transported in interstate commerce.” Many federal gun control laws rely on a similar tactic, reaching only firearms that have moved in or otherwise affected interstate commerce. Given how broadly courts have construed the federal power to regulate interstate commerce, that is likely to be a sufficient basis for the enactment of the national reciprocity law. But the hypocrisy here is extreme. As Professor Some urged Congress to rewrite the bill so that it would rely on the Constitution’s Full Faith and Credit Clause. That provision requires each state to respect public acts, records, and judicial proceedings of other states, and it gives Congress the power to “prescribe the manner in which such acts, records, and proceedings shall be proved, and the effect thereof.” Does that empower Congress to force each state to honor all other states’ decisions about concealed carry?

While interesting, the argument is a stretch. Final judgments rendered by courts have received strong protection under the Full Faith and Credit Clause. But states have not been constitutionally bound to honor out-of-state licenses to do things like practice law or medicine, go hunting or fishing, or get married. Licenses to carry concealed firearms would be no different. And if the obligation to give full faith and credit does not attach to such licenses, then Congress has no basis for prescribing the manner in which that obligation will be proven or the effect it will have. For the sake of an analogy, suppose you were told that three soldiers are to be honored for their bravery, and you’ve been assigned the task of prescribing the manner in which the awards will be bestowed and the effects that the awards will have. No one would think that authorizes you to run out and confer honors on anyone other than the three chosen soldiers. In other words, the fact that Congress can prescribe the manner in which the full faith and credit obligation will function does not mean Congress can expand the category of things to which the full faith and credit obligation applies.

To be sure, there is a constitutional interest in preventing states from going too far in favoring their own residents over visitors. The privileges and immunities clauses and the implicit constitutional right to travel reflect this value. But rather than equalizing the treatment of residents and non-residents, the Concealed Carry Reciprocity Act would have the perverse effect of forcing states to favor visitors over residents. Under the Act, states that require their residents to be licensed or to have some training to carry concealed firearms would be forced to let visitors from other states carry concealed firearms without having any license or training.

In an era when Americans are sharply divided in so many ways, federalism can serve to moderate conflicts. Rather than battling over a single approach to take for the entire nation, people can agree to disagree and each state can go in the direction that it prefers. Congress should think hard about whether it is worth exacerbating the division over guns, already one of the nation’s most polarizing Issues, for the sake of modestly expanding some people’s ability to carry guns while traveling. Of all the problems faced by Americans today, having too little access to firearms seems like it would rank fairly low on the list of concerns.

Allen Rostron is Associate Dean for Students and the William R. Jacques Constitutional Law Scholar and Professor of Law at the University of Missouri–Kansas City School of Law and a former senior staff attorney for the Brady Center to Prevent Gun Violence.

This article was prepared for publication by Patrick Sherry, an Assistant Editor for JURIST Commentary. Please direct any questions or comments to him at
Opinions expressed in JURIST Commentary are the sole responsibility of the author and do not necessarily reflect the views of JURIST's editors, staff, donors or the University of Pittsburgh.
Subscribe to JURIST