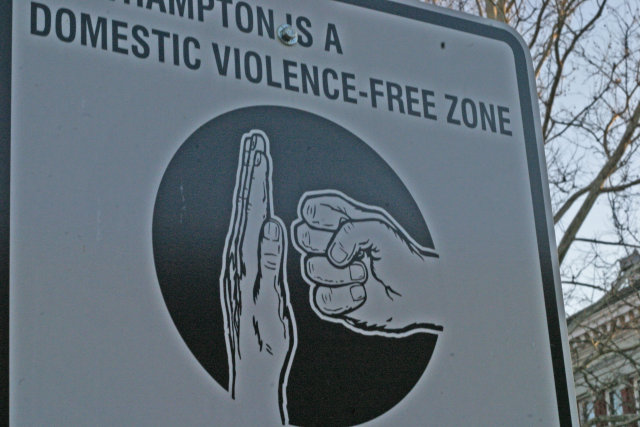 On February 15, 2014, Ray Rice, a top National Football League (NFL) player for the Baltimore Ravens, was arrested on assault charges, after he engaged in a physical altercation inside an elevator with his now-wife, Janay Palmer, at the Revel Casino in Atlantic City. Video surveillance revealed Rice dragging his fiancée out of an elevator unconscious after Rice punched her in the face, causing her to fall into the elevator wall and hit her head against the metal rail. Rice ultimately pleaded not guilty and was accepted into a pretrial intervention program, which was offered in less than one percent of all domestic violence cases in New Jersey from 2010 to 2013.

About four months after the domestic abuse case, the NFL held a disciplinary hearing. Following the hearing, the NFL’s Commissioner, Rodger Goodell, announced that Rice would receive only a two game suspension for violating the Personal Conduct Policy. With all of the uproar and outrage surrounding the lenient punishment, Goodell soon realized his mistake. After a second video was released, revealing footage from inside the elevator where Rice is seen punching Palmer, the Baltimore Ravens terminated Rice’s contract and Goodell announced that Rice would now be suspended from the NFL indefinitely.

Rice appealed the suspension under the Personal Conduct Policy and, on November 28, 2014, Rice’s indefinite suspension was overturned &#8#8212 making him immediately authorized to sign with a team and resume playing. As of 2016, no team has picked up Rice, and thus, has not played in an NFL game since his arrest. It appears that most NFL teams believe that the negative attention that would accompany signing Rice, is not worth the talent he would bring to the team.

This episode made it astonishingly clear that a major flaw in the previous Personal Conduct Policy existed: domestic violence cases. After public outrage surrounding Rice’s domestic abuse incident, Goodell quickly acknowledged the huge blind spot and stated that the Personal Conduct Policy had failed and would be revamped. In December 2014, Goodell delivered a revised Personal Conduct Policy. Now, any first time offender who engages in domestic violence that involves physical force will be suspended without pay for six games. Goodell announced that consideration will be given to any aggravating or mitigating factors. For second time offenders, the punishment is more severe. Second time offenders will be banished from the league for at least one year, and given the option of reinstatement after petitioning the league, but there is no presumption or assurance that the petition will be granted.

Despite Goodell’s tougher stance towards domestic violence, there have been several NFL employees arrested on domestic violence charges, including Joseph Randle. In February 2015, Randle was arrested after police received a call from the mother of Randle’s son, who told police that Randle broke a car window during an argument and threatened her and her son with a gun. Despite the domestic violence charges being dropped in April, the NFL met with Randle over the summer to discuss whether he violated the new Personal Conduct Policy. In November, the NFL announced that Randle would receive a four game suspension, two less than the Personal Conduct Policy suggests for first time offenders. The NFL never released a statement explaining their decision.

From the first incident till March, 2016, Randle was arrested multiple times, including another incident that occurred between him and his ex-girlfriend. Around 3 a.m. on February 1, 2016, Randle showed up at his ex-girlfriend’s residence, looking for a place to sleep before driving to Kansas. After Randle rang the doorbell, he was informed that he was not welcome there. The mother of the ex-girlfriend called the police who arrived to find Randle sitting in his car. After running a standard warrant check, the police learned that Randle was wanted on a speeding charge in Texas. Other arrests included causing disruptions in a Kansas casino and shoplifting.

The NFL should once again alter their Personal Conduct Policy regarding domestic violence incidents. The NFL needs to start truly abiding by the game suspension punishments listed in the Personal Conduct Policy: six games for first time offenders and one-year suspensions for second time offenders. Without consistent results, the threat of suspension without will not properly deter NFL employees from committing acts of violence.

Further, stiff penalties create the opportunity to reduce those penalties through counseling or reparation. If an NFL employee successfully enters into an intervention program or therapy, the NFL could consider lessening the suspension period, post facto. The ultimate goal is to punish those that commit domestic violence, while also preventing acts of domestic violence in the future through counseling and therapy.

Concentrating on the NFL is important because in various ways, the NFL’s history with domestic violence mirrors society’s progressing views on the problem. Over the past 40 years, domestic violence has gone from being a private issue, only within the home, to an issue on top of law enforcement and policy makers lists. Due to its national presence, there is hope that the NFL’s revised Personal Conduct Policy, with strict penalties and an emphasis on rehabilitation, will reduce incidents of domestic violence in the NFL community and beyond.

Shannon Riordan is a recent St. John’s University School of Law graduate. During her time at St. John’s, she served as Associate Managing Editor of the Journal of Civil Rights and Economic Development and participated in the St. John’s Prosecution Clinic. Currently she is employed by the Queens District Attorney’s Office.