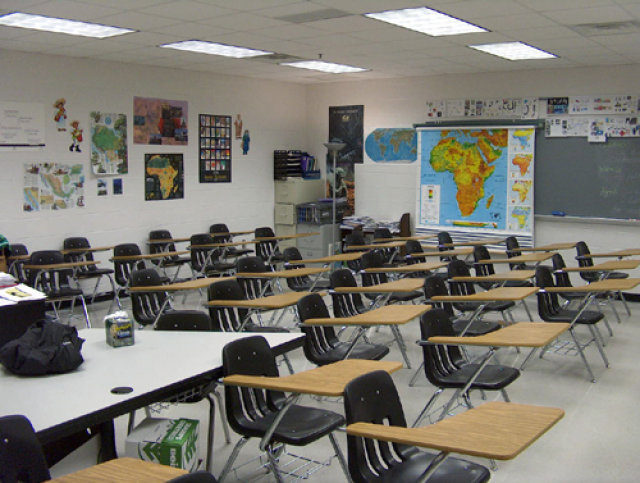 Out of all of my cousins in the tri-state area, I am the only one who has never been arrested. And as a Filipino-American, I have a lot of cousins. Growing up, my parents were fully invested in making sure that I succeeded in school and stayed out of trouble. And by fully invested, I mean both financially invested and personally invested. Both of my parents agreed to send me to a private elementary school and private high school that boasted high-test scores and promises of being feeder schools into exemplary colleges. My father worked at a well-known publishing house during the day and my mother worked at a laboratory during the night. It was a compromise they agreed to–to have one of them always at home to closely supervise my upbringing.

I always wanted to attend a public school. I almost thought I could get away with it in high school; but my parents were adamant that I not attend our local high school. A lot of my friends were there, even my cousins. Why couldn’t I go?

A lot of parents don’t have a choice as to where they send their children to elementary and high school like mine did. If a parent sends his or her child to a school that has implemented zero-tolerance disciplinary policies, what can that parent do? What choices does this parent have when his or her child is suspended from school for throwing an eraser at another student and is forced to miss valuable class time; which in turn allows this child to be more susceptible to getting into trouble? Unfortunately, Congress has not created a private right of action for parents to bring private lawsuits against a school or a school district for the disparate impact it has on minority students for its zero-tolerance disciplinary policies. Until Congress does create a private right of action, one option available to a parent is to file a complaint under Title IV of the Civil Rights Act of 1964 with the Attorney General. An example of a school district that the Attorney General intervened in was the Meridian Public School District in Mississippi. Since the intervention of the Attorney General, Meridian has reported that its zero-tolerance disciplinary actions have decreased by 50 percent and academic achievement has increased by over 20 percent.

At this point, you’re probably thinking, “Why is this over-privileged law student rambling about the disparate impact of zero-tolerance disciplinary policies in schools?”

Answer: I’ve seen enough of my friends and family get arrested and end up in jail because they spent too much time outside of a classroom when they should’ve been inside one. As an intern in criminal court, I’ve seen enough eighteen-year-old African-American and Hispanic teenagers getting sentenced to state prison rather than graduating high school. I’ve seen enough mothers cry over their sons and daughters as they watch their children enter guilty pleas. If it weren’t for my active parents, I don’t think I would’ve been able to avoid the school-to-prison pipeline. It’s time for other parents to see that they have choices, too.

Loreal Lingad is a 2017 graduate of St. John’s University.

This article was prepared for publication by Ben Cohen, Section Editor for JURIST. Please direct any questions or comments to him at commentary@jurist.org.
Opinions expressed in JURIST Commentary are the sole responsibility of the author and do not necessarily reflect the views of JURIST's editors, staff, donors or the University of Pittsburgh.
Subscribe to JURIST