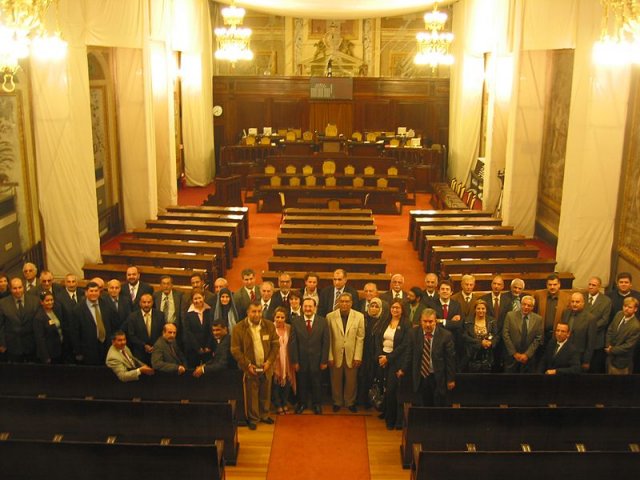 In 2014, the Islamic State in Iraq and Syria (ISIS) seized three large cities in Iraq which were Anbar, Salah al-Din and Mosul. In fact, the fall of these cities posed a threat to the entire territory of Iraq, prompting the U.S. to form an international coalition to support Iraqi forces and combat the militants. Currently, military reports in Iraq show that there has been noticeable progress toward the liberation of cities under the control of ISIS. Salah al-Din has been completely liberated, as well as almost 95% of Anbar in western Iraq. Furthermore, the military efforts have led to the liberation of 90% of Mosul in the north of Iraq. These Military achievements must be reinforced by legal reforms which will prevent the justification of an oppressive presence of any extremist force which will work to the detriment of the Iraqi people in future. These reforms should be conducted in two phases: the amendment of the constitution and the obtainment of support for the establishment of a strong constitutional court. These reforms are aimed towards achieving political, security and economic stability in Iraq.

The current constitution [PDF] was drafted in a rush over the course of less than five months because the Coalition Provisional Authority (CPA) wanted the transfer of power to the Iraqis as soon as possible after the fulfillment of the Transitional Administrative Law of 2004. In addition, the political and religious groups insisted that this constitution should be drafted and developed by representatives of the Iraqi people. As a matter of national urgency, elections for the National Assembly of Iraq were held on January 30, 2005. Soon thereafter, in May 2005, a committee entrusted with the drafting of the constitution was formed, and a referendum held in October 2005. In this process, the drafters detected several defects in the constitution which lead to the enactment of Article 142, which opened the door for future constitutional amendments. The draft of the constitution was rejected by the province of Salah al-Din and Anbar, and it was accepted in Mosul, but 55.08 percent of people did not approve of the constitution. Subsequently, the constitution was signed anyway in accordance with the rules of the democratic game. As a result, the cycle of violence in Iraq is, in part, constitutional because it did not receive the consent of all major national communities. Ironically, the cities that rejected the constitution in 2005 are the same cities which were occupied by ISIS in 2014. Thus, we can recognize the importance of maintaining a balance between the popular legitimacy and the derived legal positions to ensure solidarity between the Iraqi government and Iraqi people.

Article 142 states that the Council of Representatives shall establish a committee from among its members which will reflect the diversity of the Iraqi population in order to provide the Council of Representatives with a report containing the suggestions for necessary amendments to the constitution. The circumstances in which the constitution was created, showed completely different attitude among the populace compared to the current situation, in terms of the desire of the liberated population to coordinate more closely with the central government, after confirming that this cooperation is an important step towards stability in Iraq. Therefore, the enactment of the amendments must be accelerated to take advantage of this momentum. Even if the Council of Representatives has reached an advanced stage of designing the amendments, it is necessary to move on to the process of their promulgation in order to guarantee the political, security and economic stability of Iraq. The process of amending the constitution must be carried out by a technical committee comprised of jurists specialized in constitutional law and political science, as well as members of the Iraqi Council of Representative.

The second important point in the process of legal reforms is to obtain support for and strengthen the Federal Supreme Court (FSC), which has the exclusive authority to interpret the constitution and to review the constitutionality of laws. Despite Article 89 of the constitution of 2005 which asserted the need for the enactment of a law regulating the work of the Federal Court, the Iraqi Parliament has not yet succeeded in the promulgation of such a law. In any case, the enactment of a law that is compatible with the spirit of the current constitution is necessary. Currently, the FSC applies a law which was enacted before the current constitution came into force. This is a clear stain on the legitimacy of the court, which operates under the provisions of a pre-constitution law. This will certainly affect the legal situation in Iraq, which will, in turn, affect other factors such as undermining legal status, various rights and freedoms of its people.

The activation of the constitution through the revival of its articles is an important step in the correct direction. Introducing constitutional amendments is an important step towards accommodating the people who initially opposed the constitution. The more the rule of law is accepted by those subjected to the provisions of the constitution, the bigger the chances are of the successful implementation of any legislative act. In addition, the judiciary branch is a cornerstone of the democratic system which ensures the executive and legislative commitment to the constitution as well as the effectiveness of the law in line with ongoing developments within the country, which restrain political parties and ensure the sovereignty of law.

Oday T. Mahmood is an S.J.D. candidate for 2019 at the University of Pittsburgh School of Law.

This article was prepared for publication by Kelly B. Cullen, an Assistant Editor for JURIST Commentary. Please direct any questions or comments to him at
Opinions expressed in JURIST Commentary are the sole responsibility of the author and do not necessarily reflect the views of JURIST's editors, staff, donors or the University of Pittsburgh.
Subscribe to JURIST