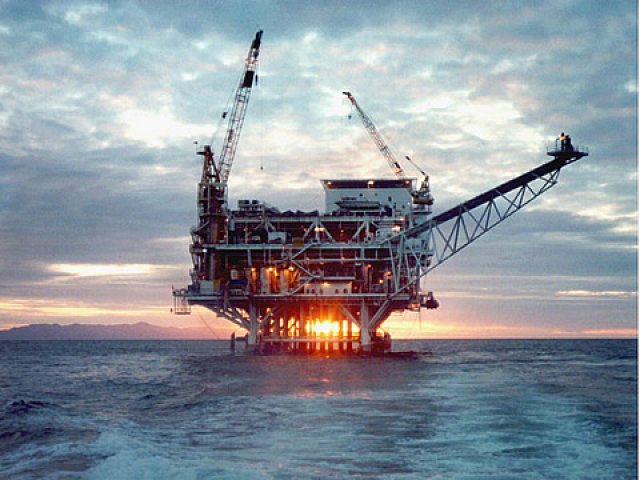 Even before this week’s dramatic events, the topic of “presidential power” had already been trending. There’s now an entire law school course devoted to the Trump Administration’s first 100 days; the Washington Post produced a regular podcast series titled “Can He Do That?“; and my own organization, the Environmental Law Institute [official website], recently assessed the viability of current and proposed executive branch actions in the regulatory arena. Federal court cases on the travel ban and on defunding sanctuary cities have generated enormous attention, and are a reminder that executive orders can be swiftly reviewed where they bump up against constitutional or statutory limits.

There have been few comparable fireworks so far on energy and environment. Executive Order 13771, which requires that two existing agency rules be repealed for each new one enacted, prompted an immediate constitutional challenge to its government-wide attempt to remake administrative law. Executive Order 13783 on energy independence revoked some key Obama White House initiatives, including guidance on evaluating the impacts of greenhouse gases and calculating the social cost of carbon – decisions clearly within presidential prerogative, if debatable as policy. But most Trump directives in this area are on a delayed fuse, ordering agencies to “review” existing environmental rules and guidance and “take lawful action to suspend, revise, or rescind” them. Once these directives move beyond the Executive Office of the President, additional statutory layers – notably the Administrative Procedure Act[PDF] (APA) and National Environmental Policy Act [PDF] (NEPA) – govern how (and how fast) the agencies can act, and how their actions can be contested.

Signed on April 28, Executive Order 13795 on “Implementing an America-First Offshore Energy Strategy” has both explosive and slow-burning aspects. One provision, Section 5, purports to immediately revoke President Obama’s withdrawals of offshore Arctic and Atlantic areas from oil and gas leasing under the Outer Continental Shelf Lands Act (OCSLA)[PDF]; this unprecedented reversal has already been challenged in court. Other provisions direct the Secretary of the Interior to consider revising the leasing schedule to include annual lease sales in these and other offshore areas (Section 3); to review operating requirements on current lessees (Section 6); and to review, reconsider, and revise or rescind existing final rules on well control and on offshore Arctic drilling (Sections 7 and 11) and a proposed rule on offshore air quality (Section 8). The Order also directs the Secretary of Commerce to refrain from designating or expanding any National Marine Sanctuaries absent an accounting of the area’s energy or mineral resource potential and to review all Marine Sanctuaries and Marine National Monuments designated or expanded within the past 10 years (Section 4).

A coalition of ten environmental and indigenous groups brought suit [PDF] in the District of Alaska to enjoin Section 5 of the Order and reinstate the Obama-era protections, which included 98% of US Arctic waters and a series of Atlantic canyons stretching from Massachusetts to Virginia. Seismic surveys are already moving forward in the Atlantic, making the case ripe for decision. The plaintiffs’ legal position is straightforward: OCSLA Section 12(a) provides that the President “may, from time to time, withdraw from disposition any of the unleased lands of the outer Continental Shelf” but makes no provision for revoking a withdrawal. They cite [PDF] a fifty-year string of OCSLA withdrawals, by both Democratic and Republican presidents, that still stand today. Absent express statutory language, they argue, President Trump’s action both violates OCSLA and intrudes on Congress’ exclusive authority to regulate federal lands under the Constitution’s Property Clause.

This argument parallels the ongoing debate over the Antiquities Act of 1906 [PDF], which delegates power to the president to designate national monuments. Presidents of both parties also have invoked this authority to preserve extensive areas, both land-based and marine, and likewise have never attempted to completely revoke a designation (though Congress has done so). National monuments are the subject of another Trump executive order that, for now, directs Interior Secretary Ryan Zinke to conduct a thorough review of monuments created since 1996; any resulting presidential action to revoke or reduce them would almost certainly be litigated. Thus, for both OCSLA withdrawals and national monuments, the answer to the question “Can He Do That?” will likely be provided by a federal court.

For the offshore energy Order’s other provisions, the answer is a qualified “Yes, he can, but only with time, agency resources, public participation, Congressional oversight, and (again) court challenges.” To be sure, these presidential directives carry some weight; for example Section 3’s call to revise the offshore leasing schedule “to the maximum extent permitted by law” could conceivably lead to drilling in Mid- and South Atlantic areas that are currently off the table. But this would mean reopening the recently approved 2017-2022 Outer Continental Shelf Oil and Gas Leasing Program [PDF], a move that faces bipartisan opposition [PDF] in Congress and would require repeating the contentious, years-long public planning process.

Similarly, Section 7 directs Secretary Zinke to review the Bureau of Safety and Environmental Enforcement’s 2016 rule [PDF] on blowout preventers and well control, a direct response to the disastrous Deepwater Horizon explosion and oil spill in the Gulf of Mexico and to propose a revised rule “if appropriate and as consistent with law.” The oil industry immediately applauded this news. But under the APA, applicable requirements for revising this or any final rule include another full notice-and-comment rulemaking, which must produce a “reasoned analysis” – the Supreme Court’s State Farm [opinion] standard – to justify the changes. That could prove to be as arduous as signing the Executive Order was easy, given the long effort and industry input that went into crafting the existing rule. And of course, any revised rule will be subject to judicial review for compliance with procedure and consistency with the authorizing statute.

Finally, several of the offshore Order’s provisions share a characteristic in common with many other Administration actions (including the “two-for-one” and energy independence Orders mentioned above): they emphasize regulation’s costs to industry with little or no consideration of the benefits to society as a whole. This is true of the Section 4 accounting of the value of Marine Sanctuaries and Marine National Monuments, which calls for analyzing the “costs of managing” and the “opportunity costs associated with” these protected areas, but not for any analysis of their offsetting benefits for fisheries, recreation, or other ocean services. It’s present in the Section 6 mandate to modify operator regulations and financial assurance policies to “minimiz[e] unnecessary regulatory burdens,” without any corresponding mention of increased environmental or safety risks. And it’s evident in the offhand dismissal, in Sections 9 and 10, of well-documented concerns about the effects of seismic surveying on marine mammal populations. But each of these measures too will ultimately be judged against their respective governing statutes, leaving future litigants room to play plenty more rounds of “Can He Do That?”

Jay Austin is a Senior Attorney at the Environmental Law Institute, Director of ELI’s Program on the Constitution, Courts, and Legislation, and co-author of the recent “Regulatory Reform in the Trump Era.” The opinions expressed here are his own and do not necessarily reflect the views of the Institute.

This article was prepared for publication by Michael Hutter, an Assistant Editor for JURIST Commentary. Please direct any questions or comments to him at
Opinions expressed in JURIST Commentary are the sole responsibility of the author and do not necessarily reflect the views of JURIST's editors, staff, donors or the University of Pittsburgh.
Subscribe to JURIST