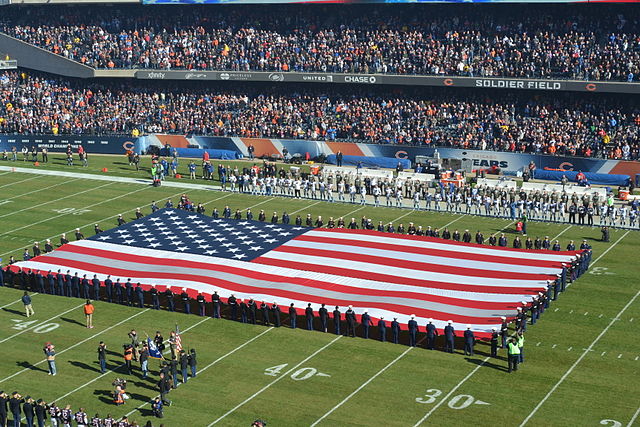 Like so many other young boys, I dreamt that someday I would become a professional athlete. I would watch the games and then imitate my favorite players in the backyard. I lived my life around sports growing up. When the school day ended, it was off to play whatever sport was in season. Sports provided me with a sense of teamwork and accomplishment. Our society has placed sports at such a high level that today’s professional athletes are amongst the highest paid of any profession in America. The National Football League “NFL” sits at the top with its $15 Billion a year entertainment business.

My dream of the big leagues ended after high school. I instead took the path of attending law school in Pittsburgh, PA. I always kept the hope alive that someday maybe I could be an agent to the players or be hired as a general counsel for a professional team. The reality is that those legal jobs are sparser than becoming a professional athlete.

By the age of 30, I was in my 6th year at Goldberg, Persky & White. My law firm was one of the pioneers of representing victims of asbestos exposure. I had groomed my career helping victims one by one who were dying from cancer by helping them through depositions and all the way to an occasional trial.

On one fall day in 2006, my friend and expert on some of my cases stopped by my office in the morning to discuss a case he had reviewed. I had just set down the local newspaper. Walking into my office was the young Nigerian neuropathologist who had diagnosed the second former Steeler with Chronic Traumatic Encephalopathy (CTE) a chronic and latent developing neurocognitive disease of the brain caused from repeated trauma to one’s head. Dr. Bennet Omalu sat across my desk from me, holding an article which characterized his findings on CTE as speculative” and “unscientific.” As a friend, I told him he needed to fight back from the harsh criticism printed in the article, cast by doctors employed within the NFL. Dr. Omalu suggested to me that I investigate filing a lawsuit against the NFL, and this is where the most publicized litigation in the last decade all began.

I started my investigation into the science of head injuries and spoke with the leaders in the field. I briefed myself on the research that led Dr. Omalu to conclude that football had first disabled, and then killed Pittsburgh football legends Mike Webster and Terry Long. I conferred with Bob Fitzsimmons, a skilled West Virginia lawyer, who was the first to contemplate the legal ramifications of football and brain injuries when he took on the NFL disability plan. My investigation turned to reading and reviewing scientific journals. I did a literature search locating nearly one hundred medical articles concerning sports, concussions, and CTE-like conditions.

I reviewed the history of the NFL over its decades of existence, the formation of the league and its corporate structure, myriad injury reports, as well as rule changes and new penalties that may have been intended to reduce the occurrence of brain injuries, but failed to do so. I learned about the NFL’s Mild Traumatic Brain Injury Committee, and read the dozens of articles it published contesting Dr. Omalu’s findings.

I read about retired players’ struggles in media reports. I studied other sports leagues, particularly the NHL and its management of concussions. I researched return-to-play guidelines that had been in existence for decades in published literature. I spoke to players, families and widows. I ordered medical records and reviewed family histories. I even investigated other causes and sources of neurocognitive impairments in an effort to understand all aspects of the disease.

I studied the issue of neurocognitive impairments intensely and became intimately familiar with the unique cognitive and behavioral symptoms surrounding CTE. I explored the issue of causation. It was always the biggest question: How can it be proven that the disease was caused from football? I also spent countless hours discussing that very issue with Dr. Omalu. All of this research had become more than a lawsuit; it had become my life and career.

I then turned to conducting a legal analysis. I explored past lawsuits against the NFL. There were over 35 published cases where the NFL was a party. Most were anti-trust cases, but there were three cases that analyzed legal issues of negligence and personal injury. I reviewed the materials on the dockets of those cases, reading the pleadings, orders and evidence. I learned for the first time that the NFL routinely escaped liability due to labor preemption under the Labor Management Relations Act (LMRA) based on its collective bargaining agreement with the players. I spent hundreds of hours determining whether there were any legal theories that would circumvent the preemption under the LMRA. I read and studied many of the past voluminous NFL collective bargaining agreements. I studied the NFL disability plan. I researched the Mike Webster case against the disability plan. I analyzed workers compensation cases to rule out the NFL as an employer to the players.

Soon, the NFL faced further media scrutiny through Congressional hearings concerning the plight of the retired player. Additional self-serving medical publications showed further cover up by the league to refute a link between football and head injuries. This led me to develop legal theories that the NFL was acting with fraud, conspiracy and with negligence trying to monopolize the science of sports head injuries.

As more former players were confirmed to have CTE upon autopsies, those that were living began to understand the root of their cognitive and emotional problems. The former players wanted to share their stories and the stories of their friends with me. They all started contacting me to learn of my pioneering plans to take on the NFL. They all wanted to be part of this endeavor to hold the league accountable for failing to protect them from the long term risks of repeatedly hitting their heads against one another. After all, they were the players of the 70s, 80s and 90s. They participated in a violent collision game. It had left many of them bruised, broken, battered and confused after an average career span of three years making around $100,000 per season.

By 2010, I had associated with two litigation firms to offer strength and support to our litigation. On July 19, 2011, we had 75 clients and filed the first complaint ever against the NFL captioned Maxwell v. NFL [PDF]. This case that has been repeatedly referenced by all courts as the case which originated the NFL Concussion litigation.

Word of this massive personal injury lawsuit against the NFL spread quickly as national media outlets reported on the filing and continued bringing attention to the “concussion in sports crisis.” By August third, our litigation team filed a second suit on behalf of another 47 former players.

Shortly thereafter, our work was mirrored by other lawyers who began filing cases for their clients across the country. Ultimately, the Judicial Panel on Multidistrict Litigation consolidated all of the actions in the US District Court for the Eastern District of Pennsylvania located in Philadelphia where the Honorable Anita Brody was selected to preside and organize the litigation which was titled The NFL Concussion Litigation.

Judge Brody ultimately encouraged the parties to mediate the cases prior to any rulings on preemption. This resulted in a settlement that was proposed as a class action that would benefit every former player who developed medical evidence of dementia, Parkinson’s Disease, ALS and some CTE deaths for decades to come. After years of appeals, many of the former players finally will soon collect on what may someday cost the NFL well over a billion dollars.

Some former players, including a few of mine, have said the settlement was not sufficient. The NFL had lied. I gathered the evidence to prove it. Those cases will continue in court in an effort to make the NFL answer for what they did to the generation of athletes that I grew up admiring. It will provide the public with the much needed knowledge to make an informed decision about letting children engage in contact sports.

During the investigation and litigation, I faced many challenges and struggles. But, all of those were nothing in comparison to what the many players and their families faced and continue to experience. This case started as an effort of a young lawyer to vindicate the reputation of his young friend, who found a disease of the brain impacting America’s beloved sport. Along the way, it turned into an unending passion to obtain justice for the athletes that I grew up admiring that I never dreamt would someday ask me to help them.

Mr. Luckasevic is a shareholder and trial lawyer employed with Goldberg, Persky &White, P.C. headquartered in Pittsburgh. He has been featured in the book League of Denial, the documentary film “The United States of Football” and as the cover story of The New York Times Magazine. Mr. Luckasevic has been featured by NBC, ABC, ESPN, Fox, CNN and The Los Angeles Times. He has taught CLE courses on the sports brain injuries and has taught at two Universities in the Pittsburgh area.

This article was prepared for publication by Michael Hutter, an Assistant Editor for JURIST Commentary. Please direct any questions or comments to him at
Opinions expressed in JURIST Commentary are the sole responsibility of the author and do not necessarily reflect the views of JURIST's editors, staff, donors or the University of Pittsburgh.
Subscribe to JURIST