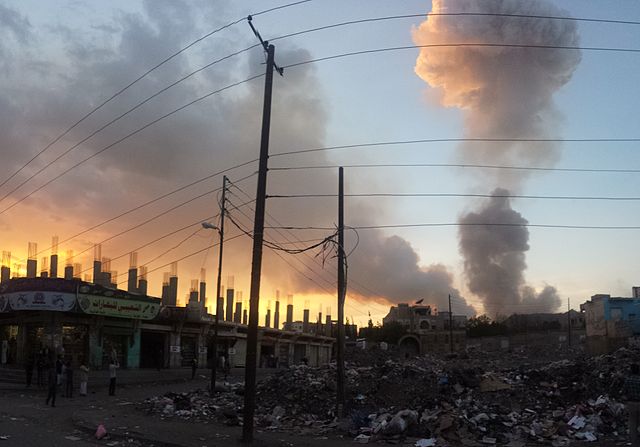 Last week’s sustained campaign of airstrikes against al Qaeda targets in Yemen brought the conflict with al Qaeda to the forefront of our attention, after a few years of heavy media concentration on the US and coalition fight against ISIS in Iraq and Syria. It thus served as a reminder that the US campaign against al Qaeda and affiliates — often termed “associated forces” — is now in its sixteenth year and does not appear to be ending anytime soon.

In the aftermath of the 9/11 attacks, the US responded in self-defense against al Qaeda and the Taliban in Afghanistan and since then has used force against al Qaeda and several affiliated groups from Pakistan to Yemen to Syria to Somalia and beyond. The passage of time alone raises a critically important question: how long does self-defense last? And as the US has shifted its stated objective from preventing future attacks to “ensuring the lasting defeat of al Qaeda and violent extremist affiliates,” a second essential question is how far can a state go — both in the geographic sense and in the sense of the legitimate aims of using force — when acting in self defense?

Traditionally, the international law of self-defense recognizes the right of states to use force to deter or repel an attack — and the force used must be necessary to achieve that purpose and proportionate, in degree or amount of force, to that goal. The foundational self-defense criteria of necessity and proportionality thus require that any assessment of self-defense must start with the victim state’s aim or objective in using force in response to an armed attack or imminent armed attack.

In the counterterrorism arena, however, using the traditional notion of “deterring” or “repelling” an attack as the legitimate aim of self-defense is significantly more complicated. Terrorist attacks tend to be singular events causing mass civilian casualties rather than military operations to gain territory or achieve other conventional strategic objectives, such that the very idea of halting or repelling an attack does not translate well into the counterterrorism scenario, where targets are unknown and the terrorists may be gone long before the attack itself takes place. Most states therefore justify the use of force in self-defense against terrorist groups as action taken to prevent future attacks. Although preventing future attacks makes sense, it can have very different operational meanings: it could be limited to action to stop specific terrorists in the last window of opportunity before an attack or it could include action to destroy the terrorist cell or group entirely.

This lack of clarity hampers the legal analysis. One could argue that only preventing an immediate future attack is a legitimate aim of self-defense. Or one could argue that broader action to defeat the terrorist group is a question of proportionality and how elastic the degree of force allowed can be for achieving the traditional objective of deterring or repelling an attack. Finally, one might contend that the destruction of the terrorist group’s capability is a legitimate objective of self-defense itself. The extent of self-defense — how much force the state can use and for how long — varies significantly depending on which of these interpretations one applies.

Second, the US has consistently framed its campaign against al Qaeda and affiliated terrorist groups as an armed conflict. At the most basic level, the armed conflict paradigm raises the question of whether victory in war supplants self-defense against an attack or imminent armed attack as the analytical structure for assessing the lawfulness of state action. That is, the key issue is whether the characterization as armed conflict removes the necessity and proportionality criteria from consideration and leaves the extent of self-defense — how much force against which groups and for how long — to be determined solely by the idea of victory in war.

The challenge, of course, is that no one seems to know what winning looks like against a terrorist group. Without tools for identifying when a conflict ends or, in effect, victory is achieved, it is difficult to delineate metrics for when a state has exceeded the parameters for the use of force against a terrorist group. Indeed, allowing a state to characterize operations against an armed conflict can potentially give that state carte blanche to set perpetually expanding aims in self-defense, a highly problematic scenario. Given the uncertainties, it would be wise to consider if and how necessity and proportionality can continue to play a role in assessing the reasonableness of the use and extent of the use of force, thus helping to maintain the balance between sovereignty, territorial integrity and order in the international system, and the state’s inherent right of self-defense.

Finally, several questions arise from the shifting nature of a terrorist group and military operations against it as the state enjoys initial success in its forceful responses to the terrorist group’s attacks or series of attacks. As a state takes forceful action, the terrorist group’s ability to launch attacks will likely diminish, at least temporarily. As the threat of future attacks lessens, an assessment of the classic criteria of necessity and proportionality correspondingly changes — the necessity for action has lessened and the amount of force needed to attain the objective is lower — suggesting that the scope of self-defense is thus narrower. Operationally, however, this approach is counterintuitive. If initial success means a state has less room for maneuver, then the terrorist group has more space to reconstitute and launch attacks, thus re-triggering the state’s right to act in self-defense. The result is a circular argument and legal framework divorced from the operational reality of how states respond to threats.

Ultimately, therefore, it is essential to examine how initial success and the responsive acts or maneuvers of a terrorist group affect how we consider the extent of self-defense against terrorist groups. Three features of contemporary counterterrorism are of particular interest here: terrorist groups finding safe haven in another state; terrorist groups splintering or reconstituting as one or more new or related groups; and attacks or propaganda inspiring the creation of new groups or vows of allegiance from other existing groups. The first expands the geographic range of self-defense and the latter two expand or potentially expand the spectrum of groups against whom the state proposes to use force in self-defense. In other words, initial success and its resulting effects have significant consequences for the reach of self-defense–both whom the state can use force against and where it can do so.

The discourse over the past sixteen years has focused on whether and when a state can use force in self-defense against a non-state group, the classic questions surrounding the initiation of the right of self-defense. It is now essential to develop sophisticated tools for understanding and assessing the extent of self-defense to avoid significant gaps in the ability of international law to guide and regulate the long-term use of force against terrorist groups.

Laurie Blank is a Clinical Professor of Law and Director of the International Humanitarian Law Clinic at Emory University School of Law..

This article was prepared for publication by Yuxin Jiang, a Senior Editor for JURIST Commentary service. Please direct any questions or comments to her at commentary@jurist.org
Opinions expressed in JURIST Commentary are the sole responsibility of the author and do not necessarily reflect the views of JURIST's editors, staff, donors or the University of Pittsburgh.
Subscribe to JURIST