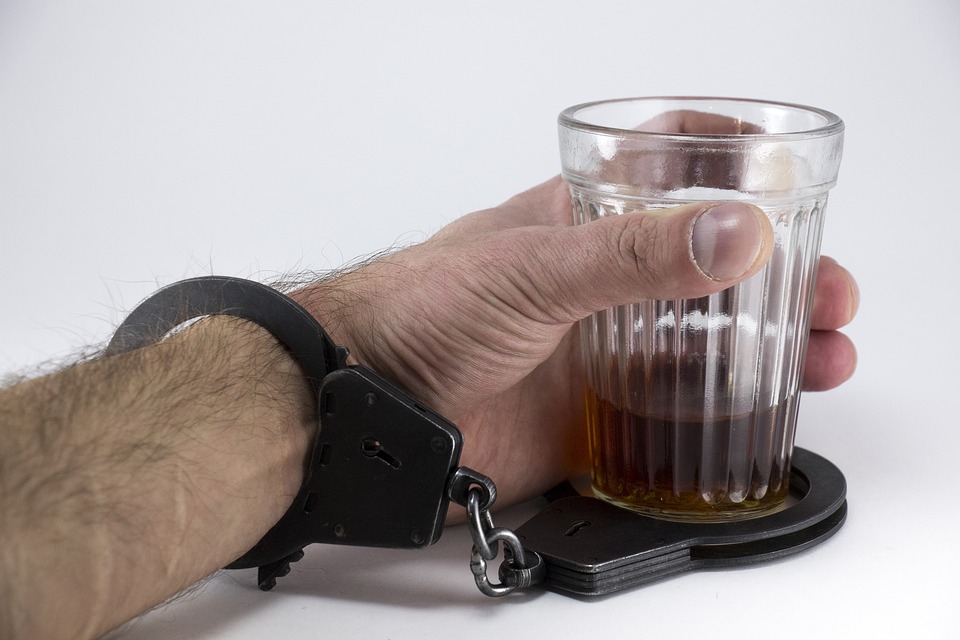 Benny King is a gregarious, good-hearted, God-fearing 53-year-old black man from Alabama who shouldn’t be in prison.

Mr. King is serving 14-months at the federal correctional institution in Jesup, Georgia, for violating conditions of his supervised release; conditions ordered as part of King’s sentence over eleven years ago, in 2005, for bank fraud. Mr. King’s underlying conduct in that nonviolent, low-level federal criminal case (involving stolen checks) bears no relation to his current incarceration other than the fact that, it too, like the entirety of King’s nonviolent criminal history, was a byproduct of decades-long untreated drug addiction.

You see, just like hundreds of thousands of poor, disproportionately black and brown Americans sidelined from American life &#8212 stuffed out of sight in state and federal penal institutions across the U.S. &#8212 King is serving time for one, and only one, unconscionable reason: he suffers from a substance abuse problem. He drinks.

Mr. King started drinking when he was just twelve years old and the problem got worse at age 14 when his mother died; it became worse still, a bare three years later, when his father passed, too. Poverty, tragedy and alcohol abuse are a multi-generational scourge in the King family.

And for Benny King, as with many alcoholics, when the alcohol flows other substances quickly join stream; marijuana, cocaine, whatever’s around. As anyone who has battled drug addiction knows (or equally, has had a friend or loved one fight that hellacious war), once the substance-spigot starts its drip the situation often spirals, becoming impossible &#8212 without effective, often repeated, long-term inpatient drug treatment &#8212 to stop.

That’s why what happened this past November 16 in a courtroom in Montgomery, Alabama &#8212 when Senior U.S. District Judge W. Harold Albritton III threw the proverbial book at Mr. King because he relapsed, using alcohol and drugs in the wake of his sister’s death &#8212 should outrage every American who cares about reducing our abominably bloated prison population.

Using an official transcript for reference, here is an abbreviated version of the proceedings:

Judge Albritton: Mr. King, you are charged with two violations. It’s alleged that you violated the special condition that required you to participate in a program for substance abuse. You violated that term of your supervision by showing up at Herring House, where you were to be given treatment, and they would not admit you because you had been drinking alcohol. The second violation is a charge that you violated the standard condition that you refrain from excessive use of alcohol or any controlled substance.

Assistant Federal Defender Donnie W. Bethel: I have a few things I would like to say, Your Honor. Mr. King was arrested on a Thursday. The following Saturday, his sister passed away from cancer. It was an older sister, 12 years his senior. It was a sister who, after his mother died when Mr. King was a boy, had essentially been his surrogate mother. We were back in court on a preliminary hearing that following week, and at that point I asked for him to be released on bond so he could attend his sister’s funeral. That was vehemently opposed by the prosecution, by probation, by the United States Marshal Service, which I am still befuddled by. I know what it’s like to lose a sibling. I was really taken aback that there’s such a lack of basic Christian compassion in the criminal justice system, that we would do everything we could to deny a man simply the opportunity to attend his sister’s funeral.

I convinced Judge Moore to release him to my custody. Everybody was thrilled that Mr. King was able to attend the funeral. At the funeral, he played the piano and he sang. He’s actually a talented musician. And before I left that day, every member of his family made a point in coming to me and thanking me for taking the time out of my weekend to bring Mr. King up there to attend his sister’s funeral. And I say that only to make this point. This isn’t a violation that involves Mr. King out on the street with a gun; Mr. King selling dope; Mr. King committing some other crime, burglary, theft of property. Mr. King has a drug problem. Mr. King knows he has a drug problem. That’s what this case is about.

He would like another opportunity to go to the Herring House to get some drug treatment, because that’s what he needs. And I think we’ve become so callous, so used to in the federal criminal justice system to shipping people off to prison, that nobody would bat an eye if, for having a drink and getting high, we’re going to send Benny King off to prison for 14 months. I think we need to step back and say, let’s stop doing the easy thing, and let’s do the right thing.

Mr. King, tell the judge what your plan is after you’re released.

Mr. King: My plan is to go to Florida, be with my fiancée, get married. I’ve already started the process of enrolling for a GED to get my diploma. And I’m going to take some college courses at night. I’m going to work doing paving and construction, and also I’m working for a church called New Jerusalem Baptist Church in Ft. Myers, Florida.

I violated, Your Honor. And I know you can’t overlook that, and I don’t expect you to. But I was – when I left and went home and saw my sister. And she was fading away, and I just – which was no excuse, but I used that as an excuse to drink. And when I drink, I get high. I violated, and I apologize, and I ask the mercy of the Court. But I’m just going to be honest with everybody. I’m tired. Benny King is tired today. I’m tired. I’m not trying to pacify nobody ears.

Mr. Bethel: He’s 52 years old. Give him another chance. Let him go to the Herring House. He’s clean now. He’s not going to be positive when he shows up down there this time. Let’s get him straightened out. Let’s just do what we were planning to do a month ago.

Assistant United States Attorney Curtis Ivy, Jr.: So coming forward now with all these great plans and ideas is an easy thing, but it’s not going to work. What’s proper in this case is 14 months’ imprisonment with no supervised release to follow.

Mr. Bethel: Anybody who thinks that it’s easy for a drug addict not to use drugs has never had someone close to them who’s been a drug addict. I have. It’s not easy. No matter what you do to help them, no matter how much they go through, it is the most difficult thing I’ve ever seen in my life for someone to overcome a drug addiction. And that’s what we’re talking about. Talking about criminalizing this case, drug addiction.

Judge Albritton: Under the law, being a drug addict is not a defense. In this case, Mr. King has been given more than one opportunity to try to get himself straightened out. I’m sympathetic with you – and I’m sorry about your sister’s death. This time I’m going to sentence you to the maximum under the sentencing guidelines of 14 months, with no supervised release to follow. You’ll be on your own after that. The court system and the probation office and everybody has done all they can to help you break your habit.

Just a day after Benny King was “maxed out” by Judge Albritton in Alabama, The Washington Post’s Lenny Bernstein wrote about a new “landmark” report [PDF] authored by the U.S. Surgeon General calling the drug crisis “a moral test for America.” Distressingly, the report noted that, “[i]n 2015, substance abuse disorders affected 20.8 million people in the U.S., as many as those with diabetes, and 1 ½ times as many as those with cancer. Yet, only one in ten receives treatment.”

Echoing Benny King’s defense counsel, the Surgeon General said: “We would never tolerate a situation where only one in 10 people with cancer or diabetes gets treatment, and yet we do that with substance abuse disorders. Regardless of persistent beliefs, addiction is a brain disease, not a moral failing.”

And then, just a month after Benny King began his newly imposed $31,000+ taxpayer-funded prison term &#8212 over four hours away by car from his fiancée and family &#8212 a rigorous, scholarly study by the Brennan Center for Justice convincingly demonstrated that 39% of prisoners in the U.S. should not be in prison. Specifically, the study found (1) that “39% of the nationwide prison population (576,000 people) is behind bars with little public safety rationale,” and (2) “25% of prisoners (364,000 people), almost all non-violent, lower-level offenders, would be better served by alternatives to incarceration such as treatment, community service, or probation.”

Benny King is one of these sad, sad, stories in the sea of the overly incarcerated.

Writing about another equally sad case with many parallels to Benny King, Tamra Ryan, CEO of the Women’s Bean Project, wrote: “Jessie is now back in prison and we are unlikely to hear from her again. While she may not have access to drugs in prison, she will also likely not receive drug treatment. Instead, she will do her time and, at some point, start over again without addressing the underlying issues that led to her relapse. Jessie’s addiction and inability to cope with stressors have been criminalized.” Ryan concluded “the time has come to address the underlying issue of addiction with treatment, not punishment, so that the potential of the individual is not wasted.”

We don’t need more drug addicted people like Benny King or “Jessie” filling up this nation’s jails and prisons. They’re already overly full. We’ve got to start moving in the other direction. Now.

Stephen Cooper is a former D.C. public defender who worked as an assistant federal public defender in Alabama between 2012 and 2015. He has contributed to numerous magazines and newspapers in the United States and overseas. He writes full-time and lives in Woodland Hills, California. Follow him on Twitter @SteveCooperEsq

This article was prepared for publication by Derek Luke, an Assistant Editor for JURIST Commentary. Please direct any questions or comments to him at
Opinions expressed in JURIST Commentary are the sole responsibility of the author and do not necessarily reflect the views of JURIST's editors, staff, donors or the University of Pittsburgh.
Subscribe to JURIST