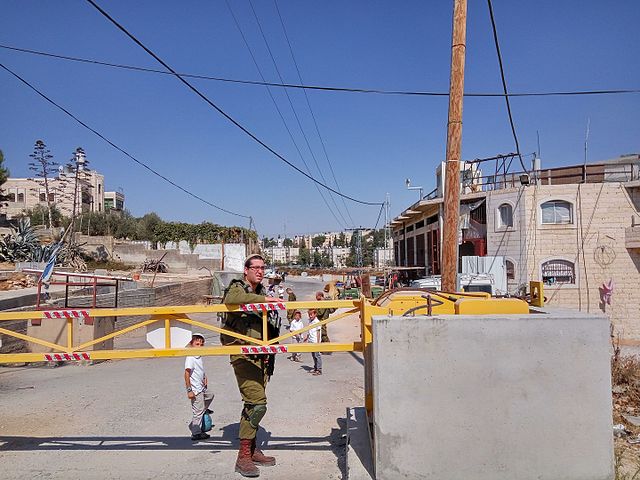 Article 49(6) of the Fourth Geneva Convention is the most cited legal provision invoked by non-governmental organizations (NGOs), the UN and quasi-judicial bodies to declare illegal Israeli settlements in the West Bank. The language of the article, which states that an “occupying Power shall not deport or transfer parts of its own civilian population into the territory it occupies” is also broadly interpreted by these same actors to criminalize Israel’s building of roads, transportation systems, water infrastructure; carrying out any business activities and restoring cultural and historical sites across the 1949 armistice lines. Numerous provisions of the 1907 Hague Convention, the 1949 Geneva Conventions, and international human rights law contradict these claims. Every domestic court that has looked at this issue has rejected these claims.[PDF]

NGOs have also used their interpretation of 49(6) to underpin boycott campaigns, sanctions and other punitive measures against Israel, including lobbying the International Criminal Court (ICC). Indeed, Arab states pushed for amendments to the 1998 Rome Statute, ostensibly based on Article 49(6), in order to specifically target Israeli settlements at the ICC. Powerful NGOs such as Human Rights Watch (HRW), Amnesty International, FIDH and many others have issued hundreds of statements and publications, in parallel to media campaigns, invoking 49(6) to declare Israel a prime violator of international law and to advocate for ICC prosecution of Israeli officials.

In contrast to the dominant legal narrative promoted by NGOs and UN and European officials, the precise meaning and the specific prohibitions of Article 49(6) are far from clear. A new research paper, “Unsettled: A Global Study of Settlements in Occupied Territory,” [PDF] by Northwestern University School of Law Professor Eugene Kontorovich, comprehensively examines settlement activity and uses this information to determine the actual contours of Article 49(6). His paper also provides another example of how international law is often applied uniquely to Israel.

Kontorovich’s research details settlement activity in every prolonged occupation outside of the Arab-Israeli conflict since the adoption of the Geneva Conventions (eight conflict situations): Indonesia-East Timor, Morocco-Western Sahara, Turkey-Northern Cyprus, Syria-Lebanon, Vietnam-Cambodia, Russia-Georgia, Russia-Ukraine and Armenia-Azerbaijan. Kontorovich excludes the cases of Tibet, Kashmir and others, as these occupations began prior to the adoption of the Geneva Convention by the relevant parties.

Kontorovich found that large-scale settlement activity was present in every case of prolonged occupation. Yet, none of those cases were characterized by any international actor or body as a violation of Article 49(6). In these other contexts, there were no cases where,

“a state’s mere ‘encouragement’ of civilian settlers was enough to bring the state within the purview of Article 49(6),” and “neither international organizations nor the new governments of previously occupied territories have ever embraced the forcible removal of illegally transferred civilian settlers.”

Article 49(6) and forcible removal of settlers was not even raised in cases where the settler population exceeded 50 percent of the population of the occupied territory. Moreover, Kontorovich notes that in each of these eight situations, the occupying power received financial assistance from third-party states and international institutions to carry out settlement activity, and third-party states engaged in development in those territories without hesitation and presented no bar to their own nationals moving to these territories.

Kontorovich concludes that “state practice regarding 49(6) directly contradicts broad definitions” of it, and “the more broadly one wishes to define the anti-settlement norm, the greater the tension with state practice.” Moreover he finds that “the Israeli situation, which dominates the legal literature, is entirely anomalous in terms of the international reaction” (emphasis added). He notes, however, that “any international legal discussion or understanding of the meaning and application of Art. 49(6) cannot proceed, as a scientific matter, solely via one anomalous case.” He admonishes the promoters of this narrative, arguing that “it cannot be assumed that the Israeli case represents the customary rule or general understanding, rather than a politicized aberration.”

The legal double standards pointed out by Kontorovich are also reflected in NGO publications on settlements. A review of HRW’s and Amnesty’s publications shows almost no mention of settlements outside of the Arab-Israeli conflict. I was unable to find any in-depth discussion about Article 49(6) or the legality of settlement activity outside of the Arab-Israeli conflict by either HRW or Amnesty. One of the few brief mentions of a situation other than Israel related to Western Sahara, and that passing mention was contained at the end of a document promoting the labeling Israeli settlement goods. And even in this publication, HRW did not discuss settlements in Western Sahara but only described in a couple lines its status as an occupied territory.

In addition to near silence on the issue outside the Israeli context, I was unable to find any publications or public activity (UN statements, press conferences, media appearances) by HRW or Amnesty calling for ICC prosecutions for settlement activity, even though a full ICC investigation into Ukraine is currently underway and Cyprus falls within the court’s jurisdiction. Not to mention the settlement activity detailed in Kontorovich’s paper far exceeds in scale, scope and demographic impact of that in the West Bank.

The failure of Amnesty and HRW to address settlements in other conflict situations provides another example where campaigning by HRW and Amnesty does not appear to be based on universally applied rules and legal principles and does not appear to be centered where the worst violations are taking place. Rather, the campaigns of these NGOs are driven by other agendas and priorities. Whatever one’s position on Israeli policy across the Green Line, in what some call the “disputed territories,” this paper is an important addition to the current legal discussion.

Anne Herzberg is the legal advisor of NGO Monitor, a project of the Jerusalem-based Institute for NGO Research.

This article was prepared for publication by Alix Ware, an assistant Editor for JURIST Commentary. Please direct any questions or comments to her at commentary@jurist.org
Opinions expressed in JURIST Commentary are the sole responsibility of the author and do not necessarily reflect the views of JURIST's editors, staff, donors or the University of Pittsburgh.
Subscribe to JURIST