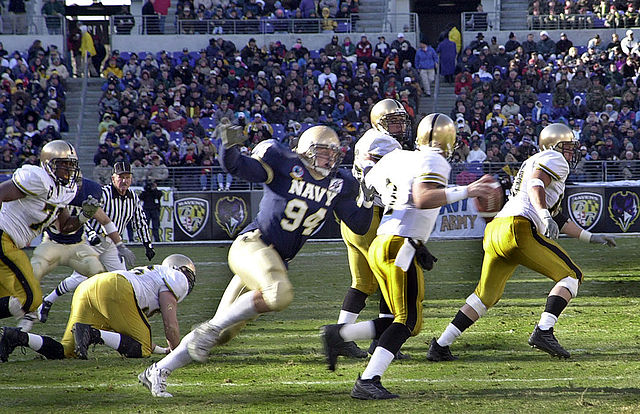 The “student-athlete” is surprisingly uncompensated and unprotected. Though the NCAA’s revenues approach a billion dollars annually, athletes are not considered employees of their universities and are not protected by the National Labor Relations Act. Although, athletes do receive scholarships for working excessive hours for universities, their scholarships may not be guaranteed and they may not receive properly constructed aid packages or academic support. They also risk their bodies for these schools, while lacking protection against serious injury. Because of these concerns, members of the Northwestern University football team sued for employee status in the regional office of the National Labor Relations Board (NLRB). The regional board found athletes performed services for another (playing football), under a contract of hire (scholarship agreements) and subject to that other’s control (rules of their schools/coaches) in return for payment (their scholarships). Northwestern appealed this determination to the National NLRB headquarters and the entire college athletic community is anxiously awaiting the final decision.

In the wake of the Regional Board’s decision, the NCAA’s Board of Directors reorganized itself and provided autonomy to its five largest conferences, commonly known as the Power 5. The Power 5 met at a convention in January, and addressed athlete demands in some areas, such as guaranteeing four-year scholarships, increasing cost-of-attendance formulas to give athletes what amounts to a $5,000 stipend, raising requirements to return to play after concussion like symptoms and allowing star athletes to take out insurance against their future earnings so star athletes can receive large payouts in the event that injuries prevented a fruitful professional career. With these changes, the NCAA has endeavored to persuade athletes and the nation that employee status and unionization are not necessary to protect athletes. The NCAA attempted to show progress and thereby weaken the athletes’ case. These changes, however, came in response to fear that athletes would be given employee status and therefore prove just how necessary unionization for athletes truly is. Athletes will finally receive all of the protections they need, both medical and financial, if they are allowed to unionize and collectively bargain. Without unionization, progress can be made but a solution cannot be realized. Athletes may receive some concessions from the NCAA but not enough.

The NCAA Convention did not eliminate the difficulties facing student-athletes. First, the changes only apply to Power 5 players and still leave thousands of athletes in the same situation they were in prior to the conference. Second, the Committee did not fully develop solutions to health issues athletes face. Only through organization, can athletes get all of the protections they deserve.

The NCAA has ignored athletes at smaller schools. Yet again, the NCAA showed its propensity to privilege money over athletes. In many ways, the concessions given to Power 5 athletes are even more necessary for athletes of smaller conferences, as they are less likely to go pro. When athletes choose to go to a Power 5 school, they often do so with an eye toward professional sports. Professional teams covet athletes at smaller schools less; therefore they have lower professional aspirations and their education is more important because there is little hope of the huge economic windfall a professional sports career provides.

By leaving out smaller schools, the NCAA deprived those schools’ athletes of the benefits awarded to their higher regarded colleagues, such as guaranteed scholarships, regulation of time demands to increase attention placed on academic achievement and player safety improvements, and a $5,000 adjustment to their scholarship formula, intended to allow athletes to live above the poverty line. Additionally, progress made toward bettering player safety and security does not apply to schools outside of the Power 5.

Furthermore, what player safety issues were addressed, were not addressed properly. Questions have been raised regarding the effectiveness of the Committee’s approved concussion safety protocol. The approved protocol instructs schools to better recognize concussion-like symptoms, but allows coaches, not doctors, the final call on returning athletes to games. Representatives of the Big 12, one of the Power 5 conferences, specifically criticized the protocol. The Big 12 suggested physicians have “unchallenged authority” to hold a player off the field after experiencing concussion-like symptoms and protested the influence coaches have on determining the health of a player under the passed model. Dr. Michele Kirk, a team physician at Texas Christian University, said the passed concussion policy was a PR stunt, lacking “teeth.”

The NCAA also completely ignored worker’s compensation issues that would guarantee for care when an athlete is permanently injured playing for college sports. In today’s athletic environment, athletes are bigger, faster and stronger than in the past. As a result, athletes suffer more injuries with more severe results. Lack of employee status has left students who are permanently injured unable to receive worker’s compensation, shifting the cost of on-field injuries from the school to the athlete. The NCAA has even avoided worker’s compensation for a player who died on the field. Without the protection of worker’s compensation, the worst occurrences of athlete mistreatment may be repeated. The Committee should have taken the most cautious approach possible; instead it prioritized winning (and earning) over player safety.

Athletes will not see needed changes without unionization. Lacking the enforcement power of the NLRB, players will remain exposed to mistreatment and the financial devastation of life-altering injuries. And not every player will see the progress being made. The NLRB must affirm the employee status of college athletes to ensure all are fully protected. The NCAA owes a billion dollar debt to these athletes. To be a truly successful organization for student athletes, the NCAA must focus less on its bottom line and more on the athletes in its charge. The NCAA must make sure it provides its athletes the best opportunities, not just athletically, but also academically, financially and physically.

Patrick Prager is a third-year law student at St. John’s University School of Law. After serving as a Junior Staff Member for the Journal of Civil Rights and Economic Development, Patrick will help lead the journal as Associate Managing Editor for the 2015-2016 academic year. Patrick also holds leadership positions in the St. John’s Law School Democrats and the American Constitution Society. He currently serves as a law clerk for Morris Duffy Alonso and Faley.

This article was prepared for publication by Alix Ware, an assistant Editor for JURIST Commentary. Please direct any questions or comments to her at commentary@jurist.org
Opinions expressed in JURIST Commentary are the sole responsibility of the author and do not necessarily reflect the views of JURIST's editors, staff, donors or the University of Pittsburgh.
Subscribe to JURIST